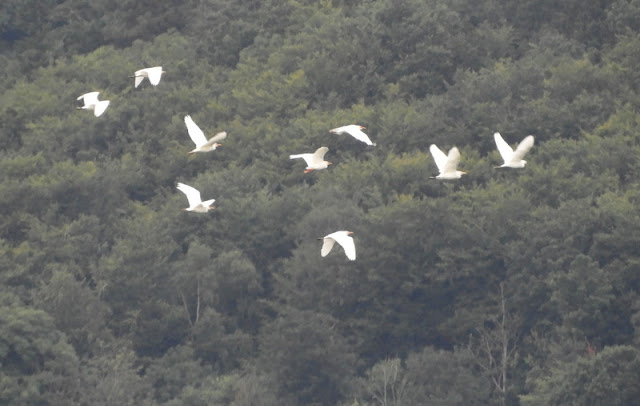 This flock of ten Cattle Egret (nine in photo above) flew past Exmouth Quay and continued upriver at around 0755 this morning.
A very enjoyable hour or so spent watching large numbers of gulls off Exmouth Quay this morning. A very rough estimate of around 2000 Herring Gulls were joined by good numbers of Black-headed Gulls and one or two Lesser Black-backed Gulls and Great Black-backed Gulls. It took a fair bit of scanning to finally pick my first juvenile Yellow-legged Gull of the summer. At least one, probably two were a very welcome sight. A flock of ten Cattle Egret few past at 0755 and headed upriver, no doubt signalling another summer influx that we've come to expect in recent times. Shortly afterwards a Tufted Duck powered upriver. 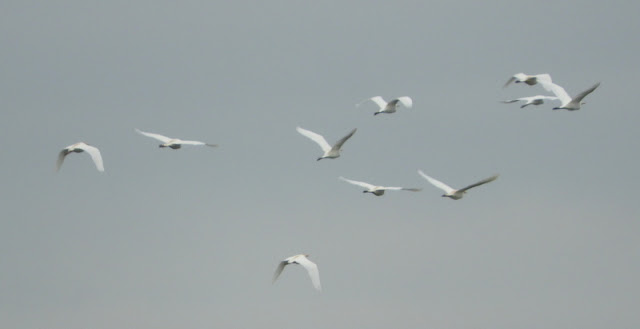 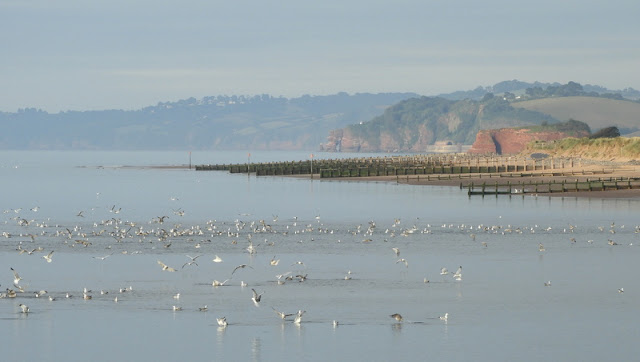 Looking across to Dawlish Warren and Langstone Rock - good gull numbers around the river mouth and lower stretches of the estuary. 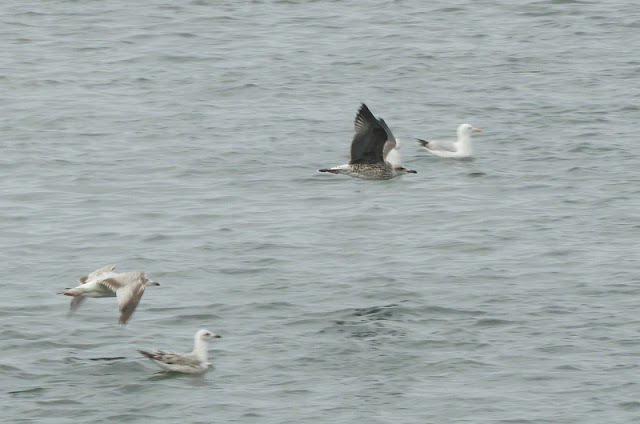 Despite the huge numbers of gulls this juvenile Yellow-legged Gull was relatively easy to pick out because of its much darker upperparts contrasting with gleaming white tail and jet black tail band. 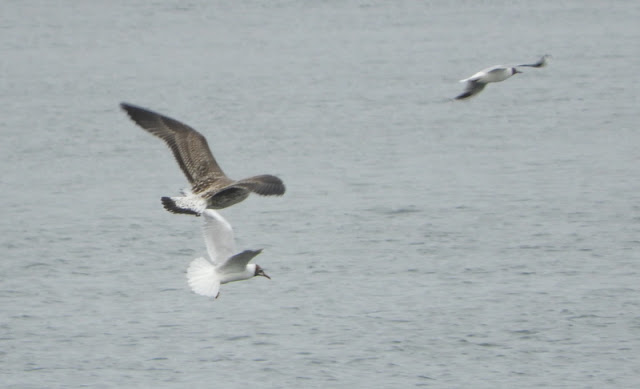 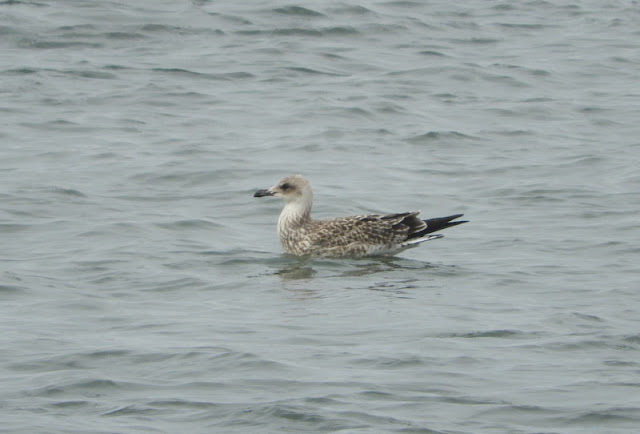 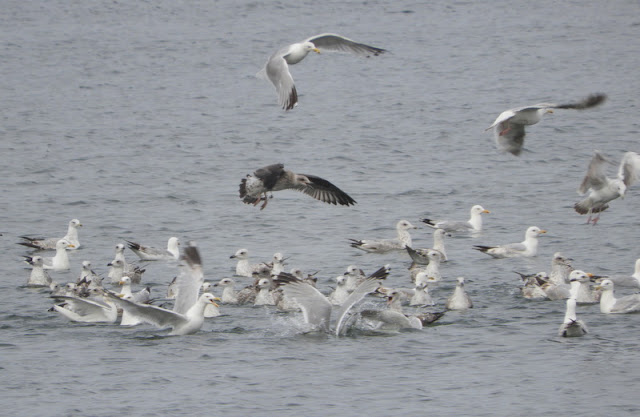 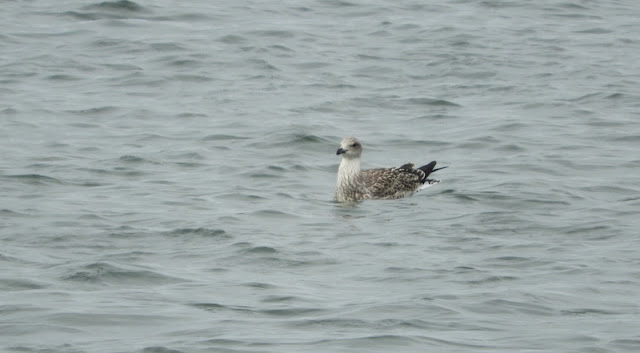 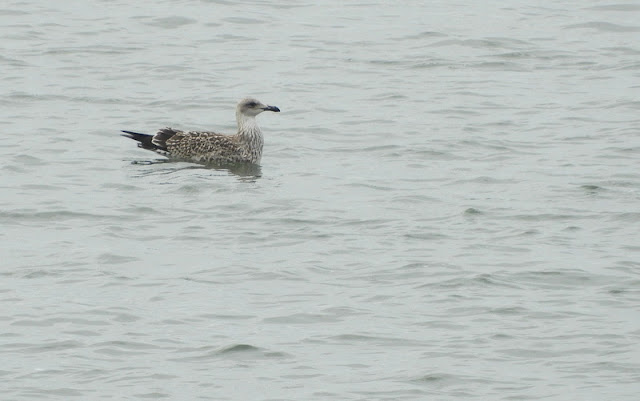