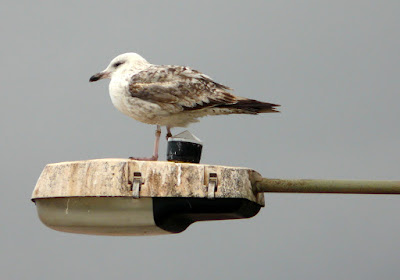 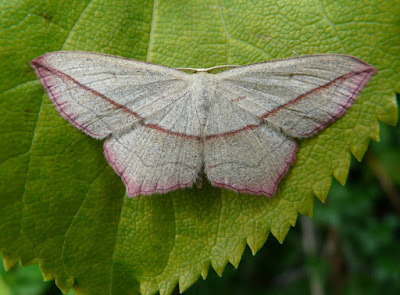 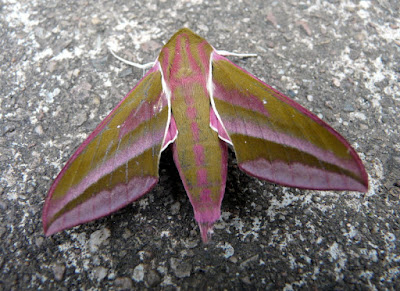 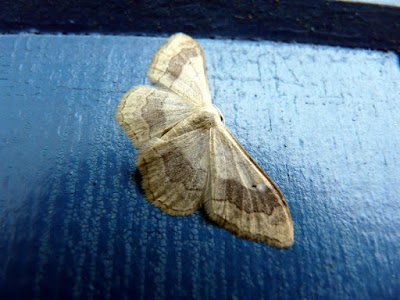 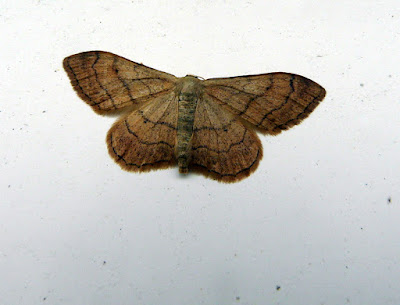 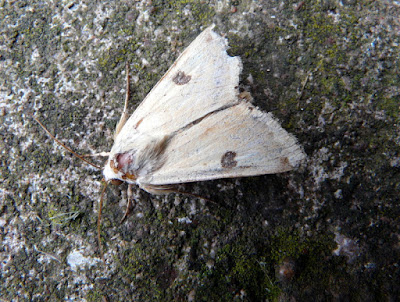 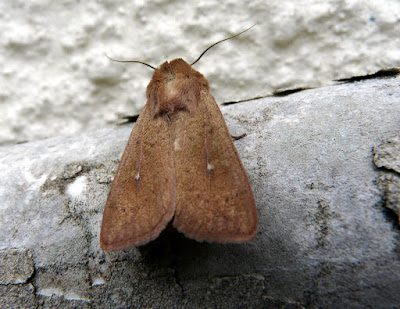 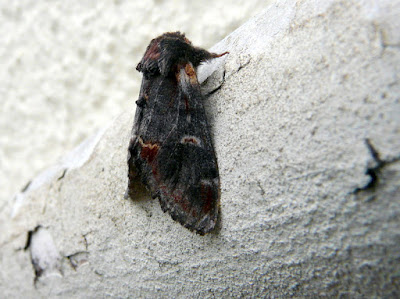 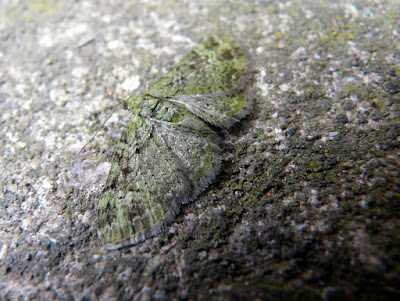 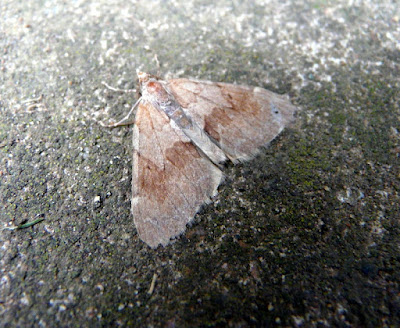 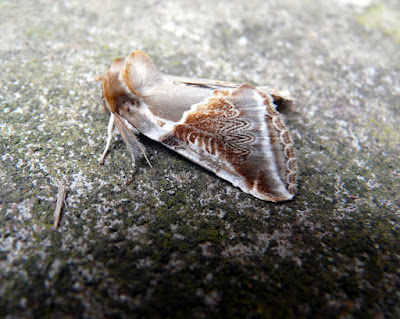 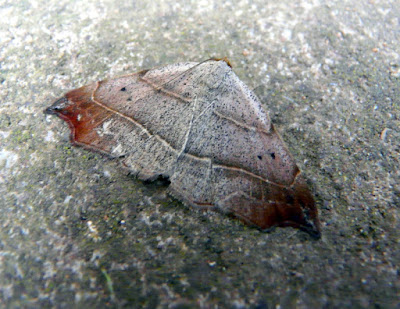 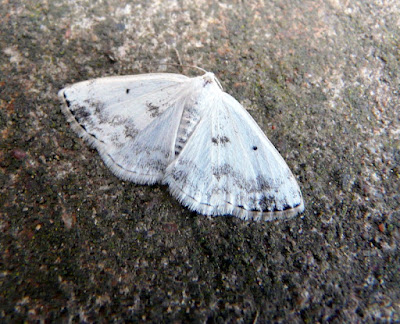 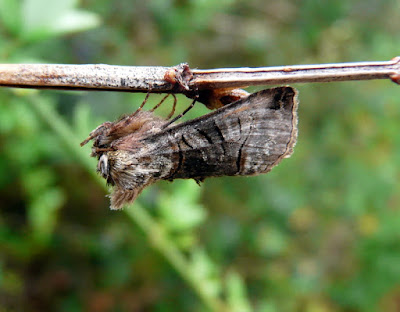 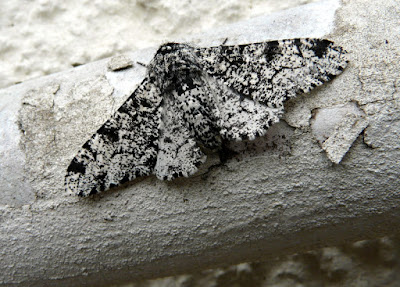 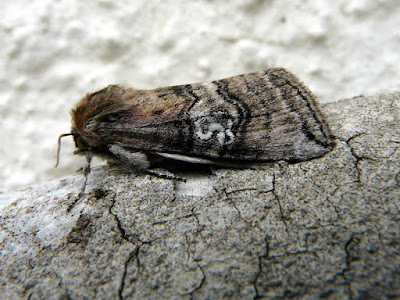 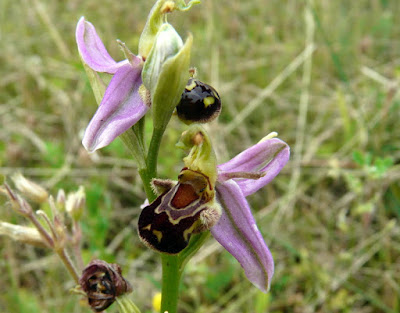 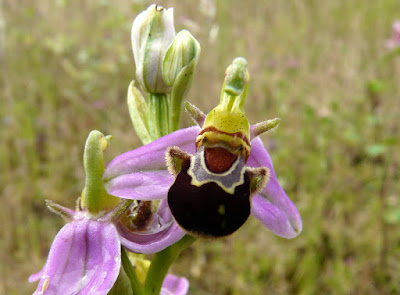 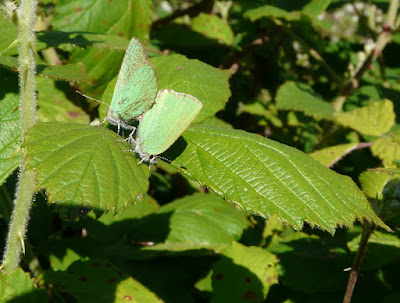 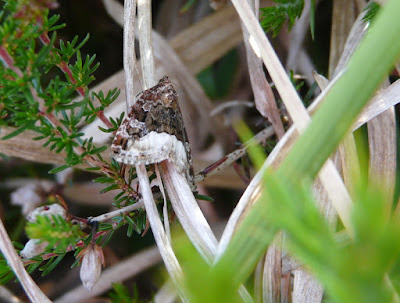 Marbled White Spot
Posted by matt knott at 09:35 No comments: 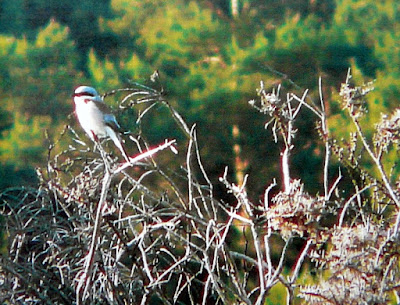 Male Red-backed Shrike - found whilst walking the dog near Four Firs on the evening of June 15th 2010. The news of this bird was not released as it was in potentially suitable breeding habitat. As it turned out it was only present on the 15th.
Last night there was a dark-bellied brent goose on the river off the Imperial, along with 15+ sandwich tern but little else.
Posted by matt knott at 09:12 No comments: 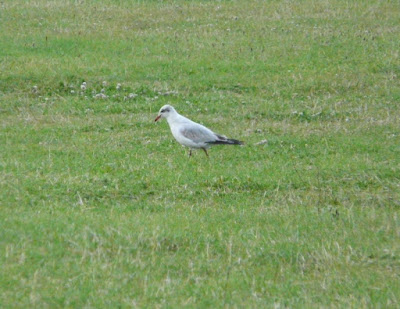 
The birding was a bit better today but my photos remain dire. It's bloody difficult to get close to anything in Exmouth! Off the Imperial, early doors, were 11 canada goose, 26+ sandwich tern, 1 little tern, 1 common tern, 2 great crested grebe, 5+ mediterranean gull, 1 common gull, c50+ black-headed gull, 21 curlew, 4 dunlin, 1 sanderling, 6 bar-tailed godwit and, most oddly, a fulmar cruising downriver towards the river mouth. 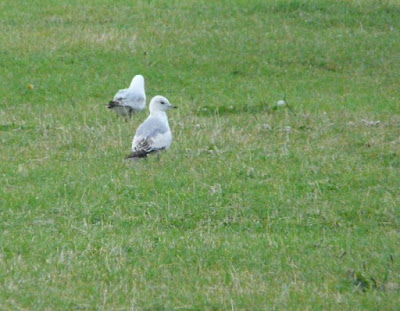 First-summer Common Gull
Posted by matt knott at 14:19 No comments: 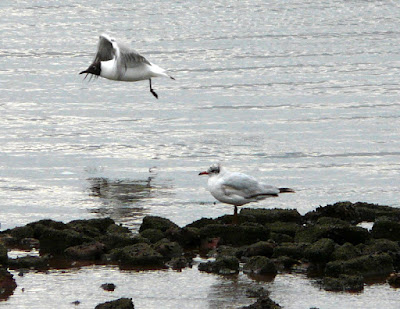 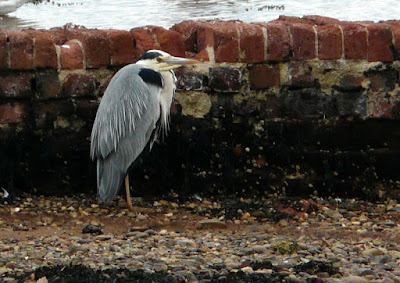 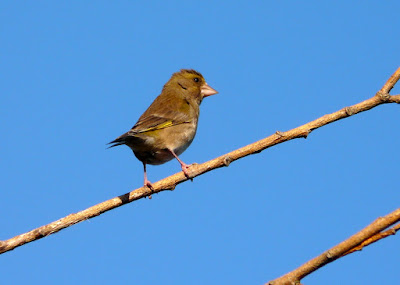 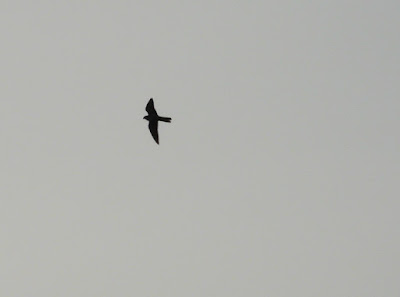 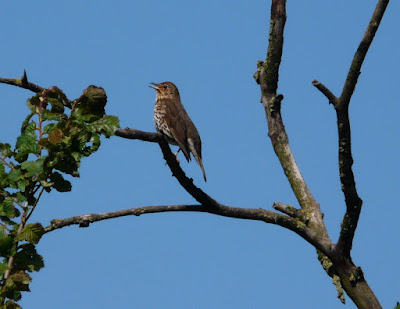 It's so quiet in Exmouth, even by normal June standards. I've got virtually nothing to report apart from a sudden increase in sandwich tern numbers yesterday, from zero to c25+, off the seafront. There was a first-summer mediterranean gull off there too and a grey heron on Maer Rocks yesterday morning. Today produced 26+ sanderling on a sandbar off the seafront. Otherwise I've had no late migrants and the estuary has been virtually devoid of birds. 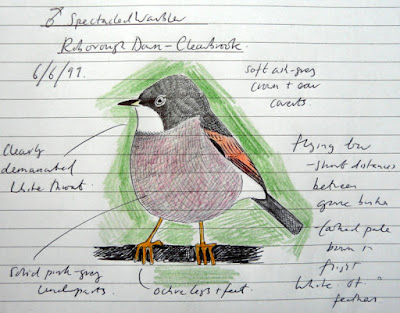 Getting this bird was a tiny bit stressful. The kind of stress that ultimately put me off twitching. I first heard about it while Lu and I were up in London, staying with Lu's sister in Fulham. We'd had a busy weekend that included watching the Clive James Show being filmed on the Friday night and watching Crystal Palace vs Oxford with my brother on the Saturday. On Sunday the 6th I phoned birdline from a telephone box, and was more than a bit stunned to be greeted with the news of a spectacled warbler at Roborough Down, on the edge of Dartmoor in Devon!
Being so far away from it put me right on edge, and I quickly hatched a plan to leave London earlier than anticipated, to go directly for it. Thank god Lu is as understanding as she is, as she had to endure my intense 'man on a mission' mood, as I hammered back down the M5 towards the South West.
Luckily we had an unhindered journey and by about 2pm I was stood in an open area of gorse, waiting for  the bird to appear with a load of other birders who, for whatever reason, had been unable to connect the previous day. They included Tom Whiley, Mush, Dave Land, Ivan, Russ and the late John Fortey. It took me an uncomfortable hour to finally set eyes on the little blighter - a huge relief for me and even more so , I suspect, for Lu!
It flitted low between gorse bushes and gave short snatches of song, both from cover and short song flights. I also watched it glean sheep's wool off gorse spikes, presumably in an attempt to build a nest.
I would have liked to have watched it for longer but it was getting 'pushed around' a bit by the crowds and I was very conscious of Lu, sat waiting in the car having suffered an extended and very tiring journey home.
The bird had been found by the legendary Roger Smaldon (Roger also found Britain's first wilson's warbler at Rame and the Dartmoor rock thrush). He'd first seen it on June 3rd but it had been elusive and consequently the news wasn't finally released until the 5th. There is a possibility that the bird had been present since the middle of May as June Smalley had noted "a whitethroat with a strange, unfamiliar song" in the same area a couple weeks earlier (Devon Bird Report 1999).
It was of course the first record for Devon but also only the third record for Britain. I don't think many Devon birders missed it although it wasn't seen on the 7th or thereafter. 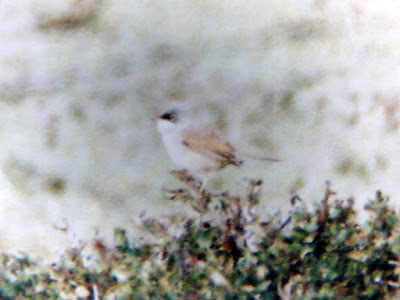 I saw my first spectacled warblers in Cyprus in 1998 but I've only ever managed to photograph one - the male pictured above, in Extremadura, Spain in March 2005.
Posted by matt knott at 07:27 No comments: