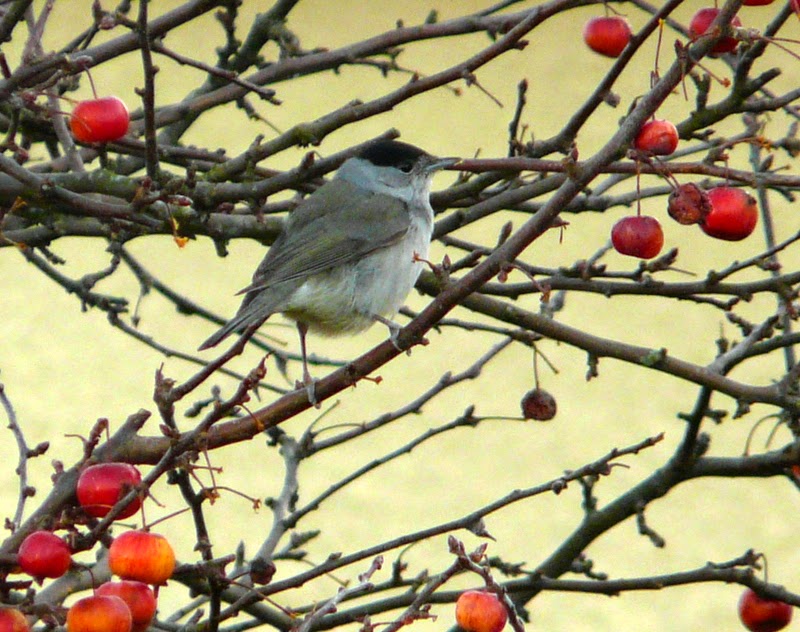 Blackcap
We are extremely fortunate here in Belle Vue Road to have wonderful neighbours, and a couple weeks ago Neil, who lives opposite, mentioned that a couple of blackcaps had been visiting a tree in his front garden. This bugged me a little because I haven't seen or heard a blackcap in ages, and our living room looks directly on to Neil's tree. I've been keeping an eye on the tree each day and finally, this morning I caught up with the male while I was getting ready to take Joel to football. Otherwise it has been a busy and pretty birdless day, but I did a quick check on the Sandy Bay black redstart and I'm pleased to report it's still there, though I haven't seen the sailing club bird for a couple weeks now.
﻿ 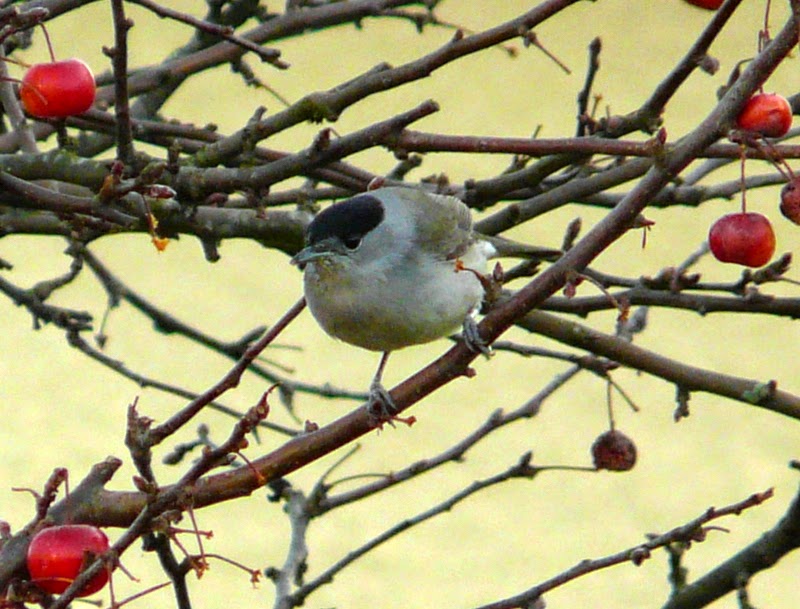 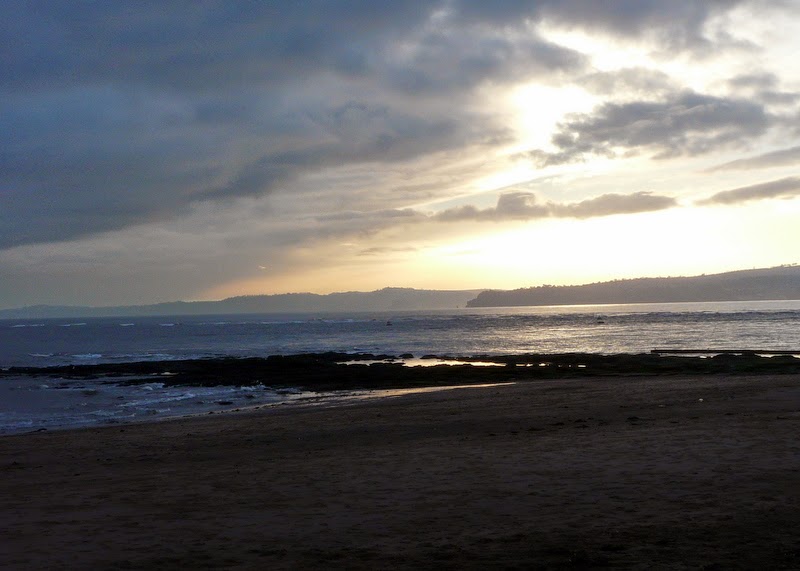 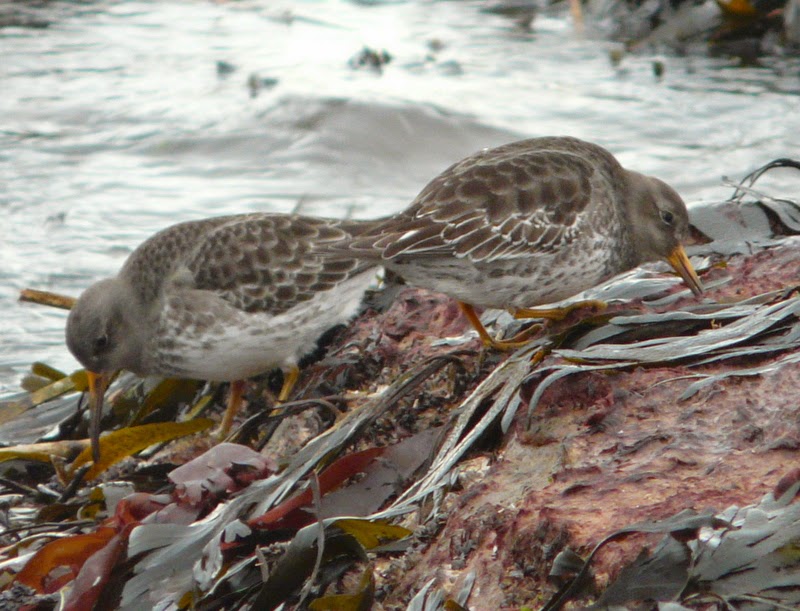 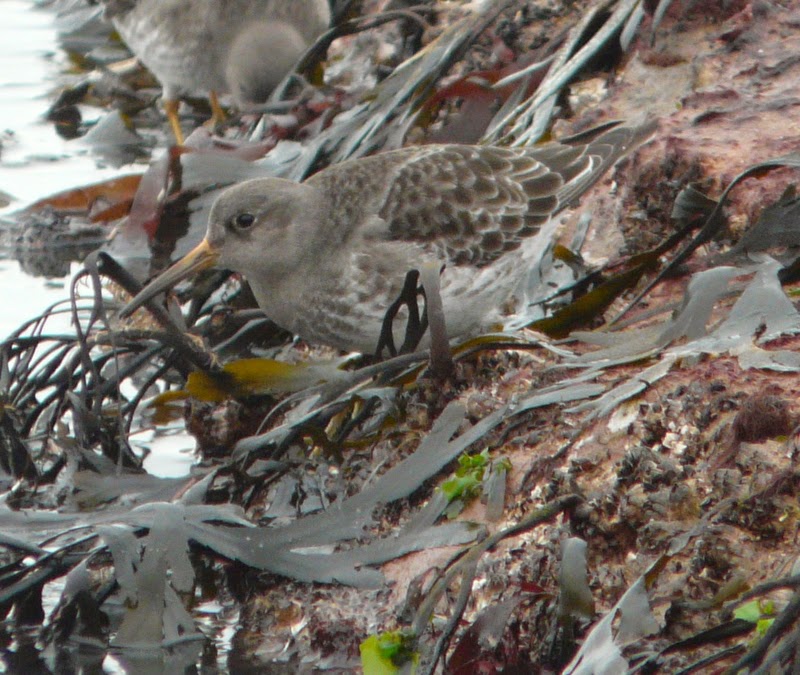 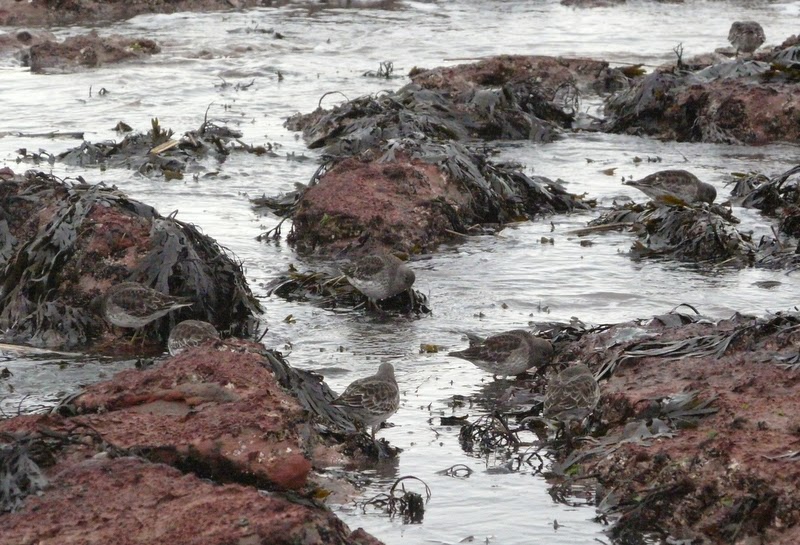 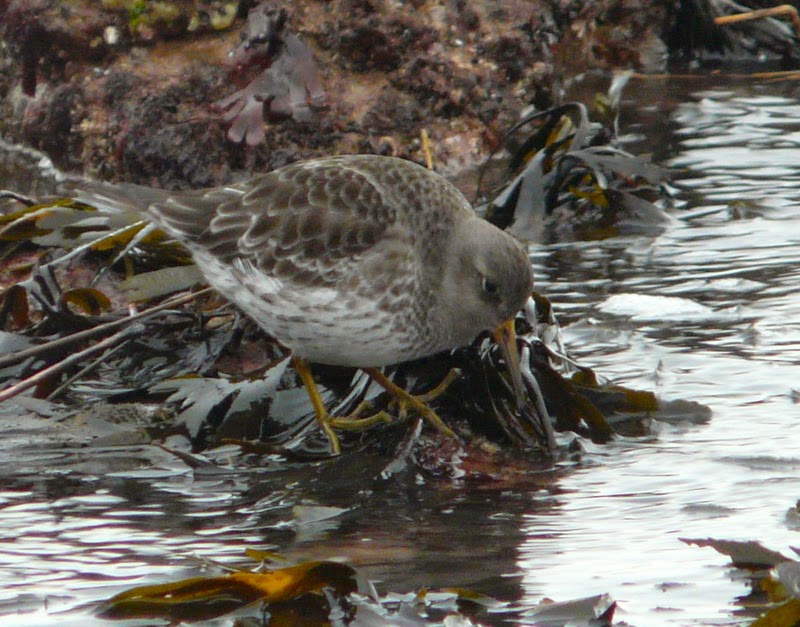 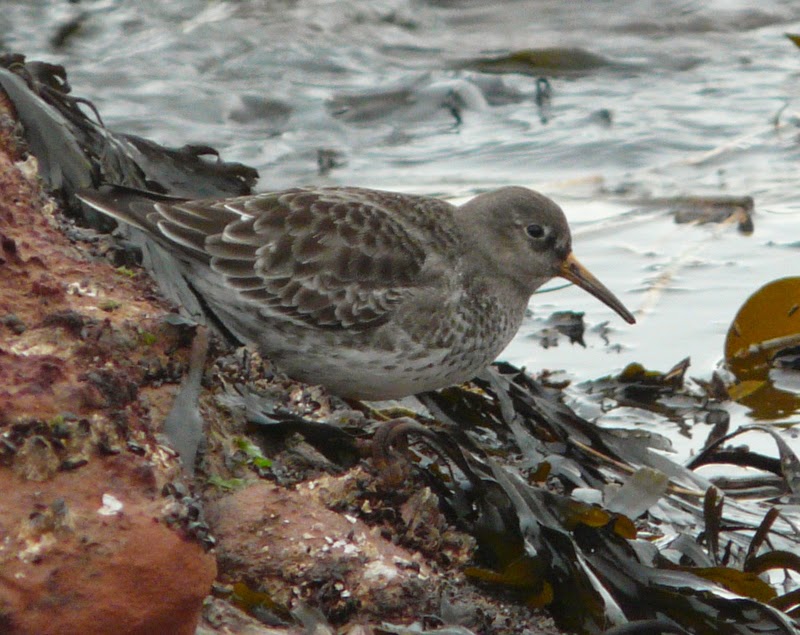 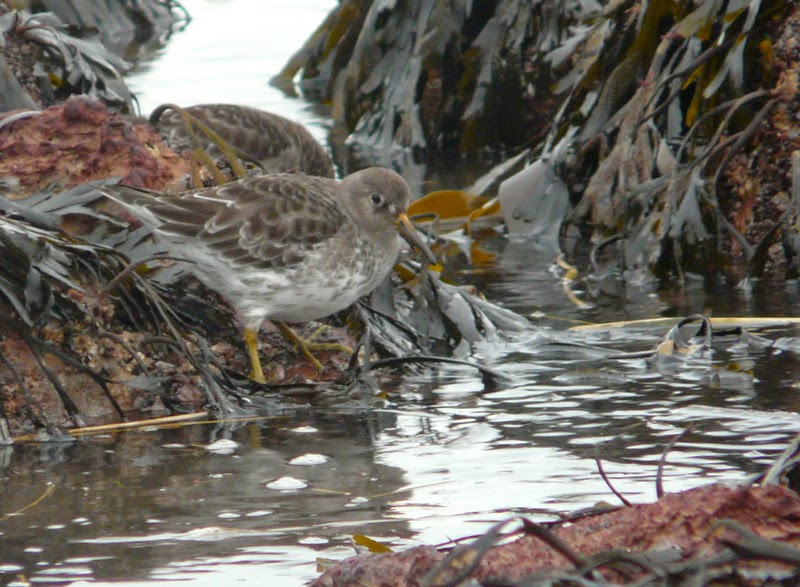 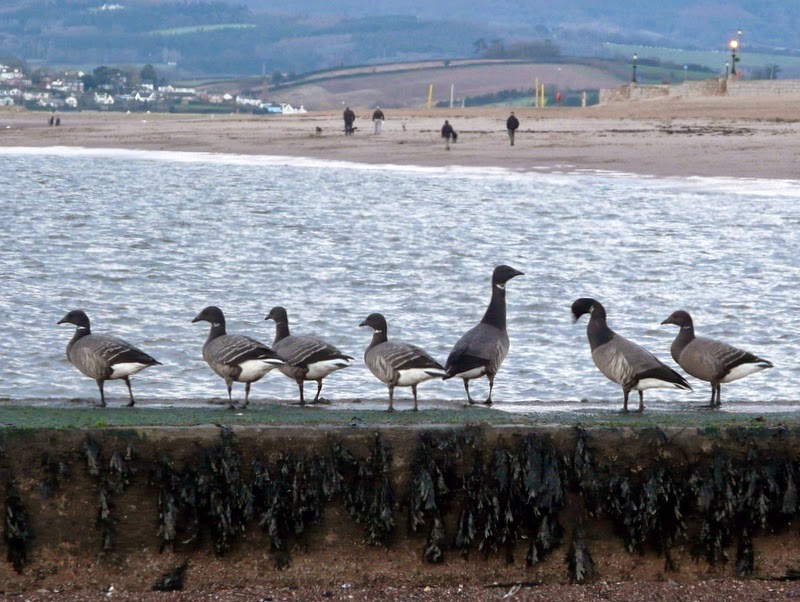 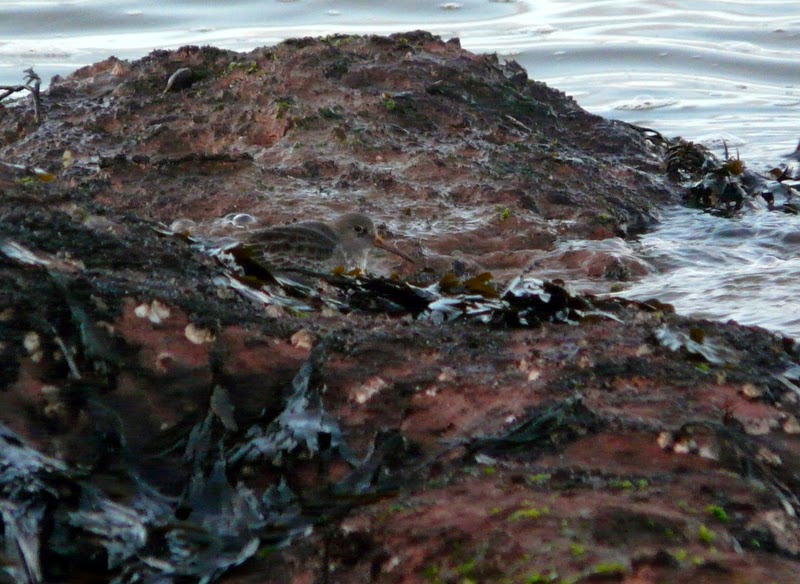 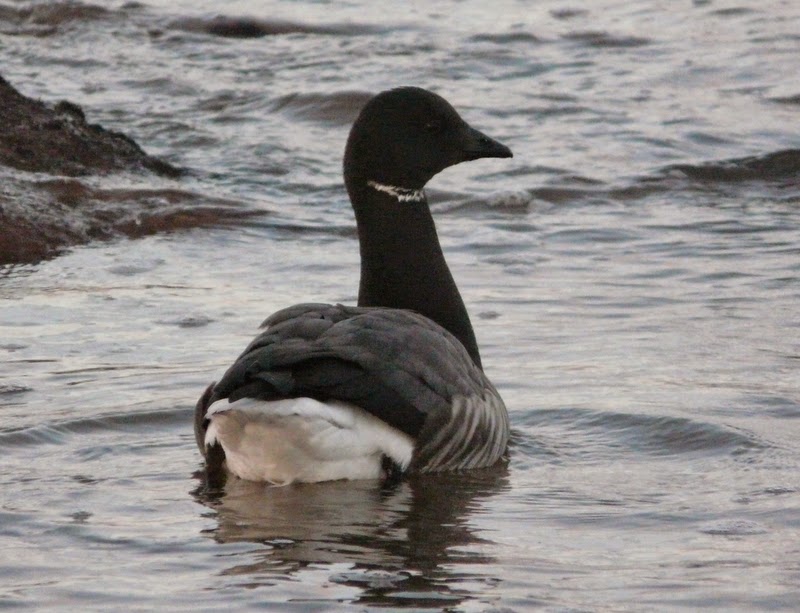 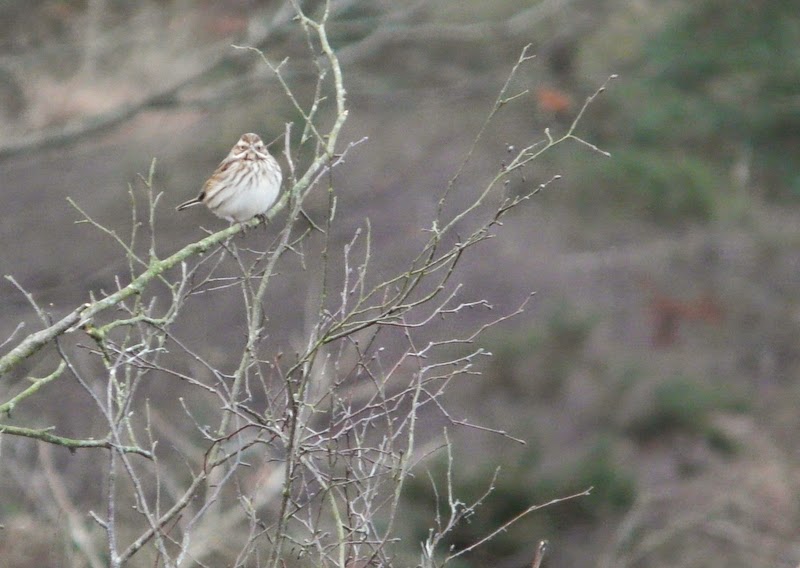 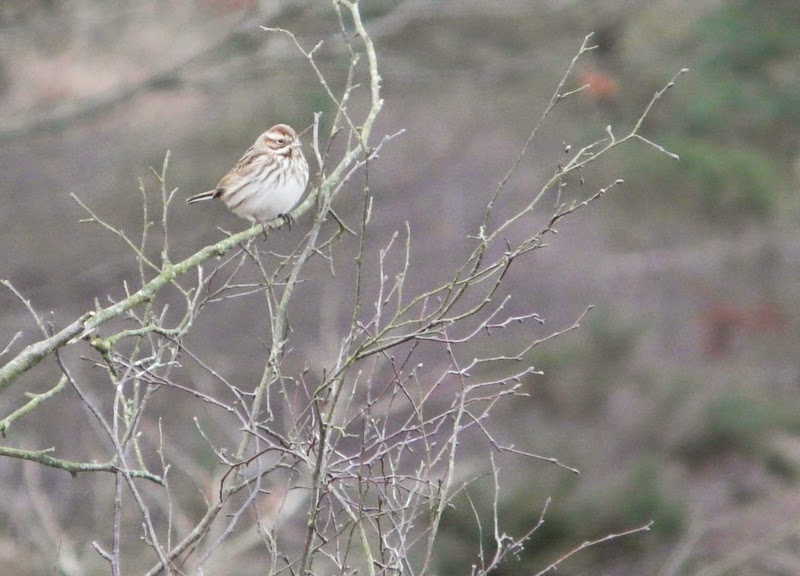 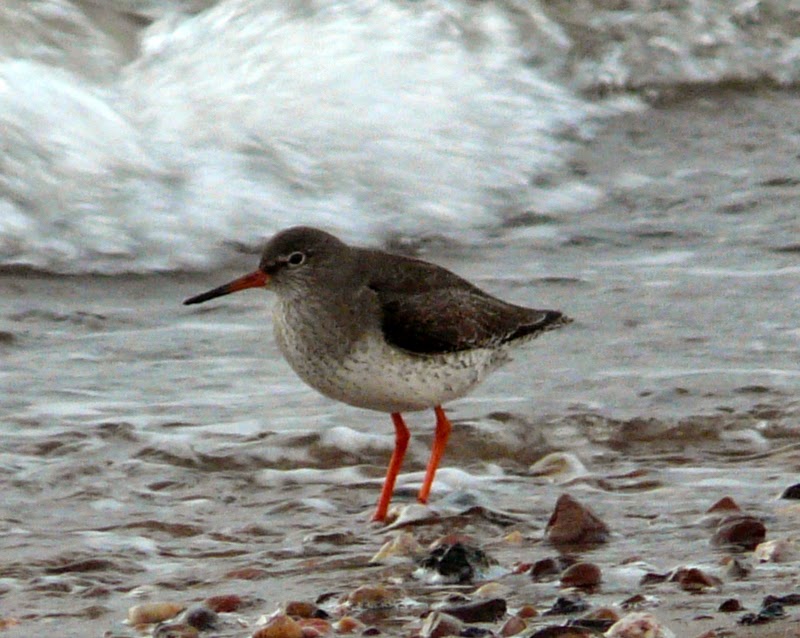 Redshank - Leisure Centre.
Very windy, few birds and not much birding. A couple drake goldeneye (with a single female) were off the sailing club last night, but the best I had today were a couple red-throated divers and a few kittiwakes, gannets and a fulmar past Orcombe early morning. A small duck zooming around distantly in the gloom was almost certainly a long-tailed duck. There was at least 1 harbour porpoise off Sandy Bay this afternoon, as well as a handful of guillemots and at least 1 razorbill.
The black redstart was still around the sailing club on Thursday evening at least. 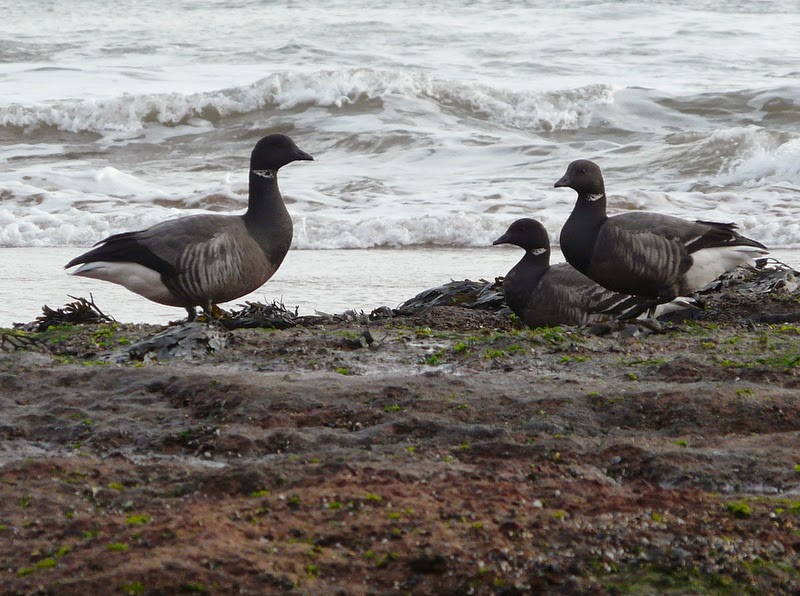 There are always a few brent geese feeding  on the exposed rocks on Exmouth Beach and Sandy Bay in the winter. 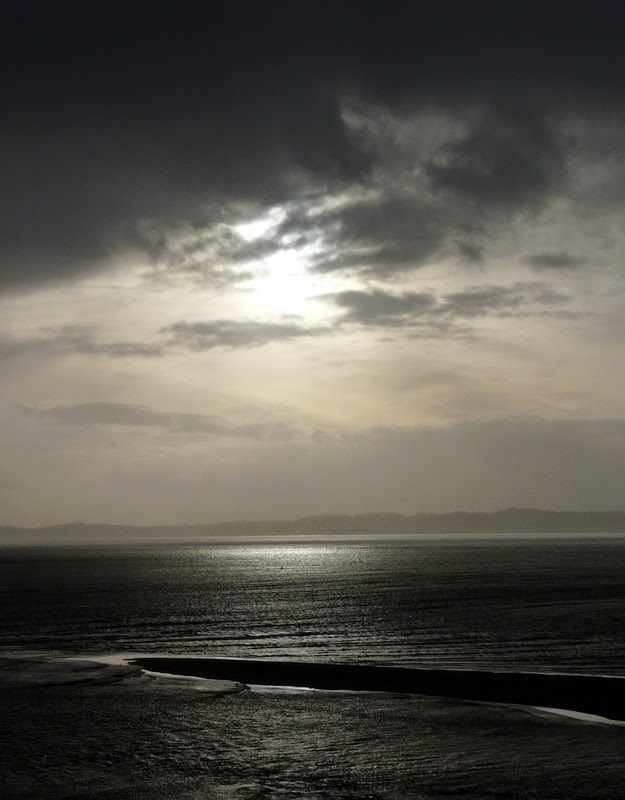 The view from Orcombe Point this afternoon.
Posted by matt knott at 11:15 No comments: 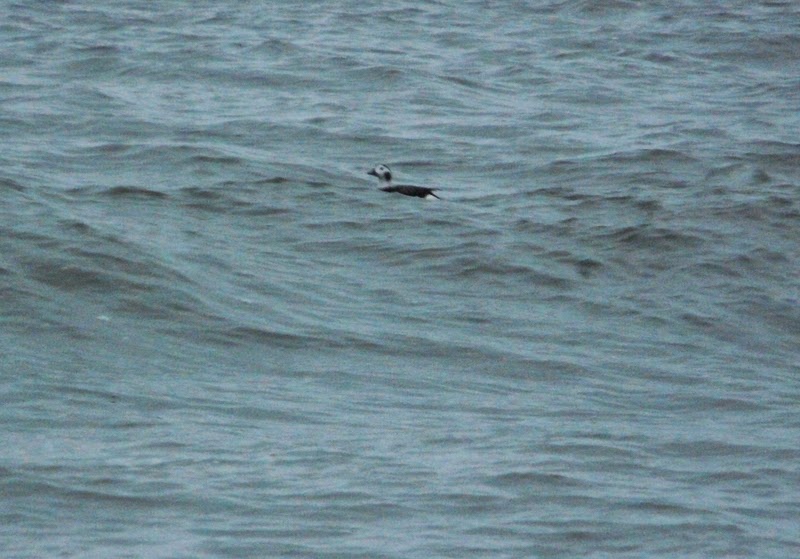 Long-tailed Duck.
The sea was very quiet this morning, with just 4 distant red-throated divers and 1 diver sp, possibly a black-throat, in the first half hour or so after dawn. The female long-tailed duck was therefore an obvious highlight. It was picked up flying directly towards Nick and I before it pitched down just off Maer Rocks and started feeding. I was hoping for better photos but the light was bad and the bird never quite close enough. Also 6 turnstone, 1 curlew and 20+ brent goose.
We also had a quick look off the sailing club but the estuary was surprisingly quiet, with little of note apart from a single greenshank.
﻿ 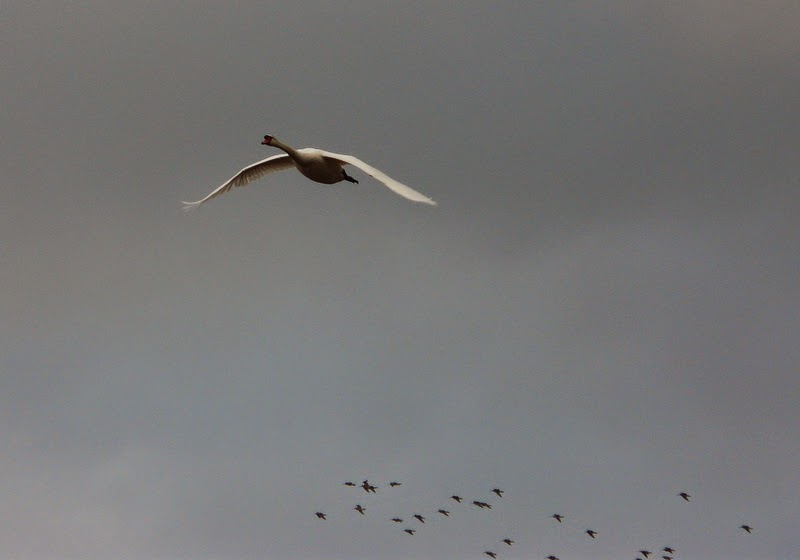 Mute Swan - photographed yesterday from Mudbank whilst walking the dog. 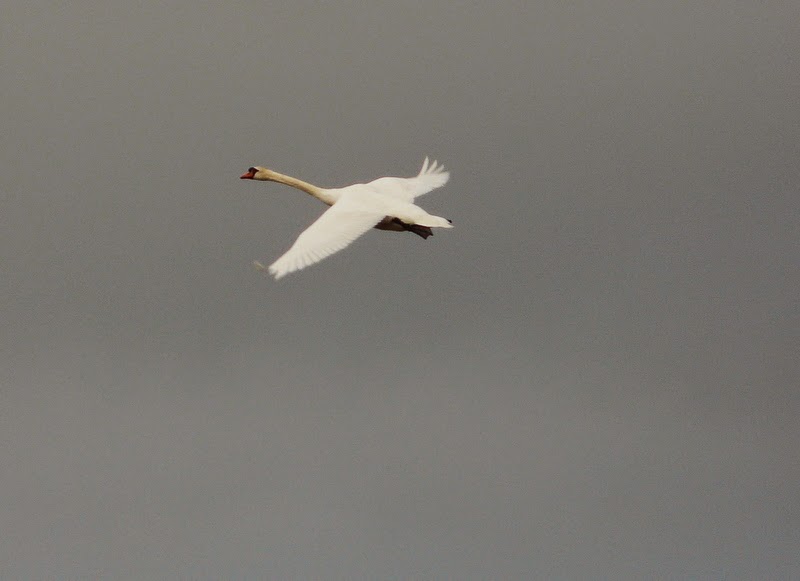 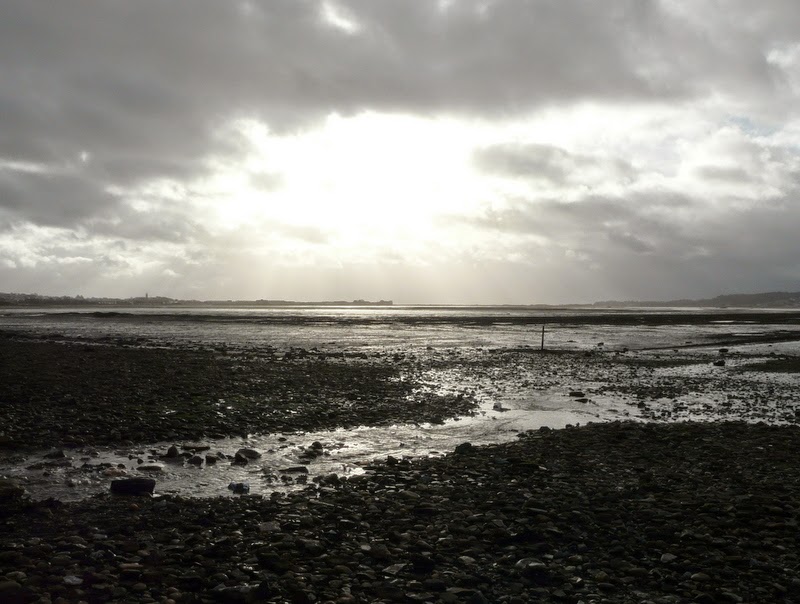 Estuary views - these photos look as if they were taken in black and white but they weren't - everything just looks monochrome grey at the moment. 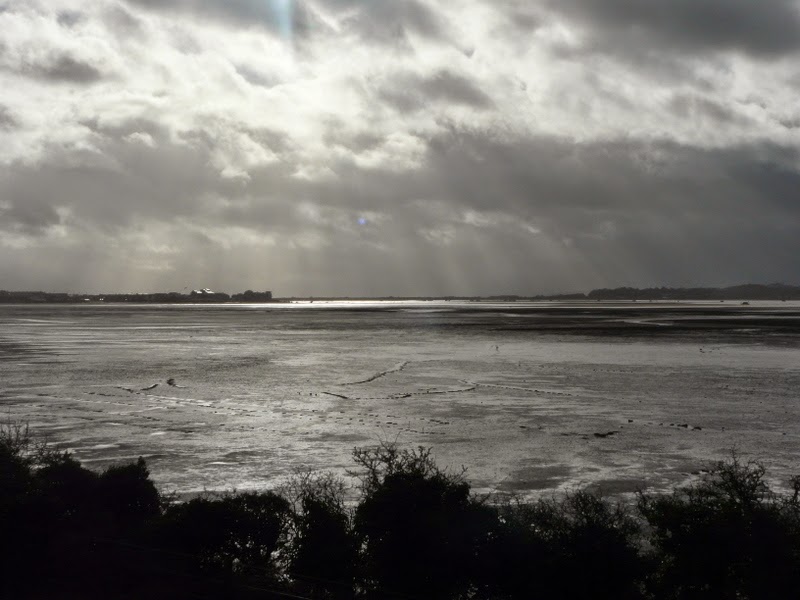 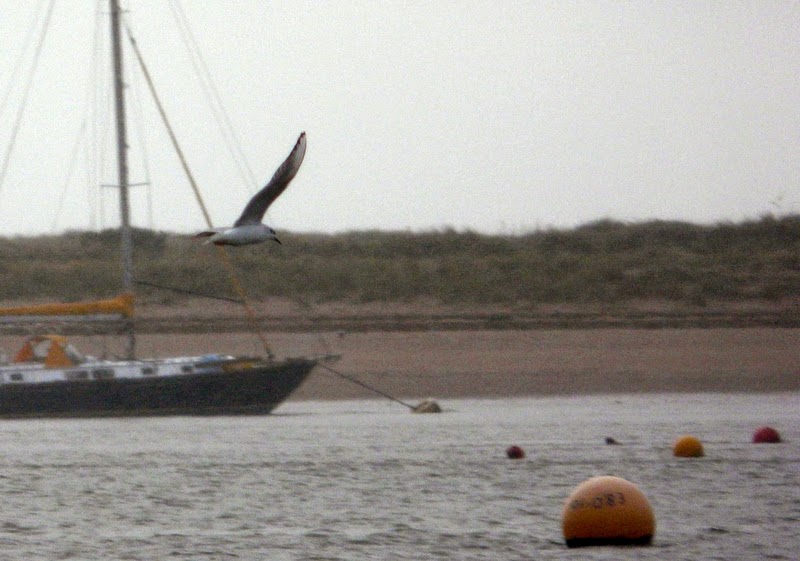 Adult Bonaparte's Gull.
A dull and wet start to New Year's birding but I was pleased to get the bonaparte's gull briefly off the sailing club before it flew towards the river mouth this morning.  The black redstart was again behind the sailing club and earlier, a quick look off Maer Rocks produced 4 red-throated diver, 4 common scoter, 26 dark-bellied brent goose, 1 curlew and 4+ turnstone. 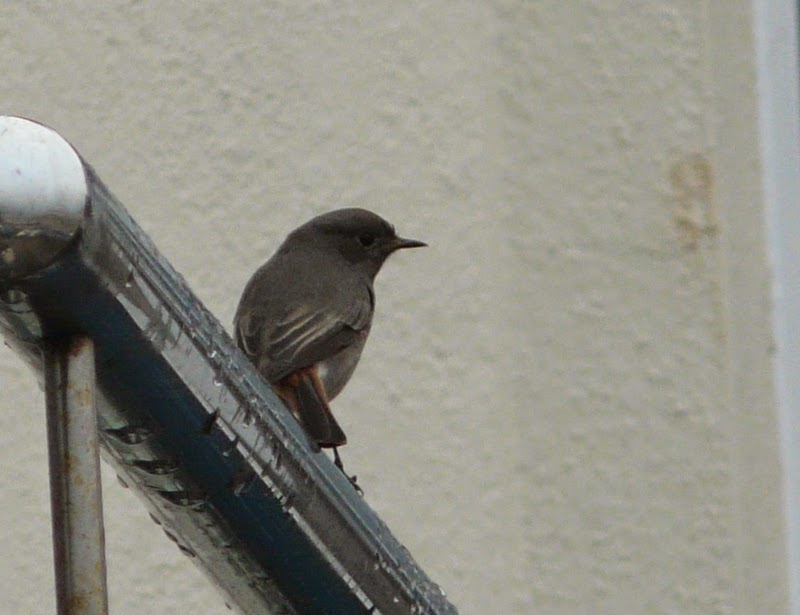 The reliable wintering Black Redstart.
Posted by matt knott at 02:11 No comments: