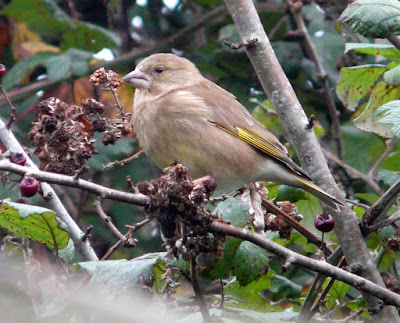 Greenfinch - one of c10+ feeding on blackberries at Mudbank yesterday.
The Scaup still present this evening. It likes the stretch of water just north of Mudbank and south of West Lodge. I didn't really count stuff in the limited time I had after work this evening, but yesterday I recorded 20+ Red-breasted Mergansers, the female-type Scaup, 2+ Goldeneyes, 1 Peregrine, 33+ Grey Plovers, 1 Knot, 2 Ringed Plovers, c120+ Turnstones, c2/300+ Dunlin, c40+ Redshank and a Chiffchaff.
First thing yesterday morning I had 2 Great Northern Divers off Maer Rocks and 2 distant small ducks that looked like Long-tailed Ducks. Too distant to be 100% sure though. 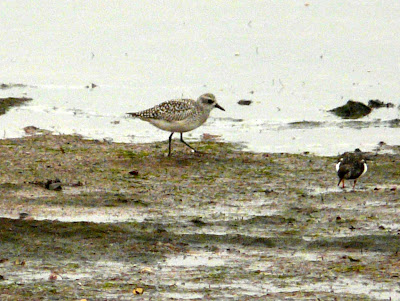 One of at least 33 Grey Plovers off Mudbank yesterday afternoon. A good count for Mudbank. They're usually miles out in the estuary so it was lovely to see them up close.
Posted by matt knott at 09:28 No comments: 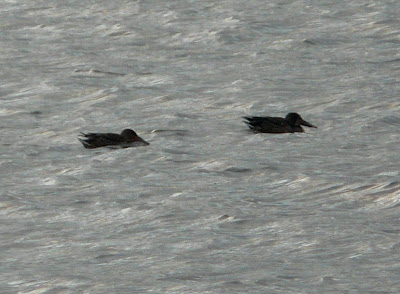 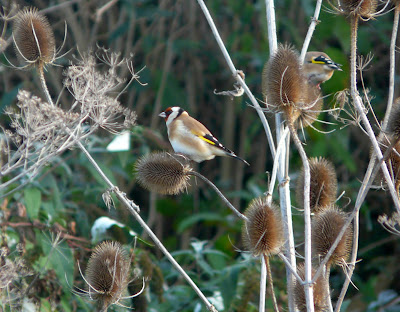 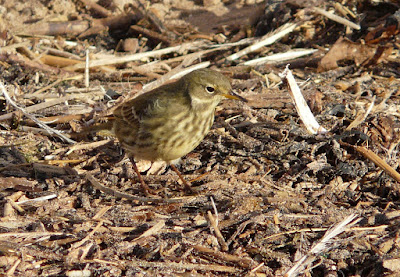 Rock Pipit - Exmouth Beach - one of two seen on a 'post storm' dog-walk this morning.
Mudbank today - best bird a Golden Plover - only my second in Exmouth this year. Also off there - 1 Black-tailed Godwit, 10+ Great Crested Grebes, 8+ Red-breasted Mergansers, 1 Peregrine, 4 Sanderling, 14 Bar-tailed Godwits and a Great Northern Diver amongst the usual stuff.
I was pleased to catch up with the Long-tailed Duck this afternoon. It was initially amongst c50+ Common Scoters off the seafront but for no apparent reason it took off and flew way out into the bay, on its own, before pitching down. I could only see 2 Purple Sandpipers on Maer Rocks but I suspect there were others lurking nearby.
﻿
Posted by matt knott at 08:27 No comments: 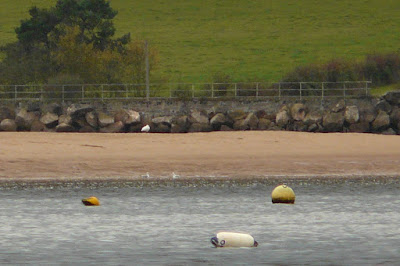 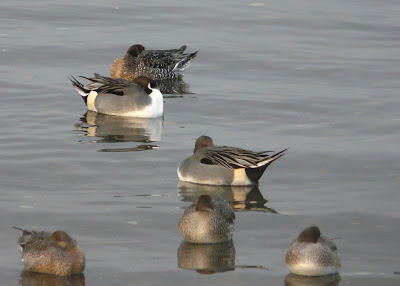 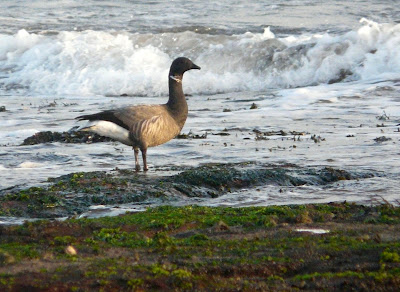 I managed to squeeze in a quick look at Maer Rocks before dark this afternoon. The Purple Sandpiper count has risen to seven. At least 6 Turnstones were feeding with them, as was a lone Brent Goose and 1 or possibly 2 Little Egrets.
It's been a quiet week bird-wise but busy work-wise, with virtually no time out in the field. I did however manage a good count of 212 Pintail off Mudbank yesterday evening, and on Sunday there was another Firecrest in the Maer Long-stay carpark. 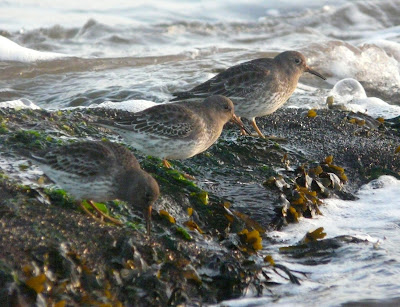 Three of seven Purple Sandpipers on Maer Rocks this evening. I've never recorded more than twelve on Maer Rocks but I'm hopeful that this small and relatively new wintering population will continue to grow in size. 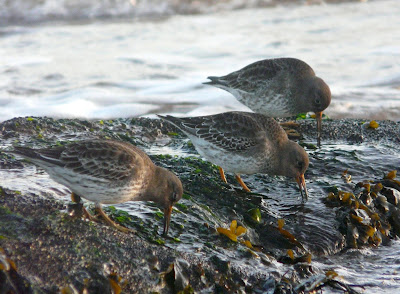 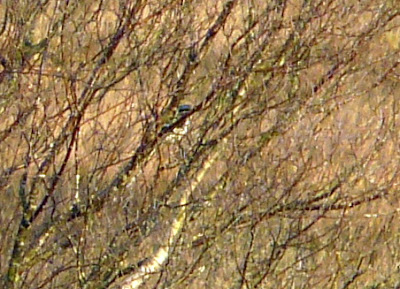 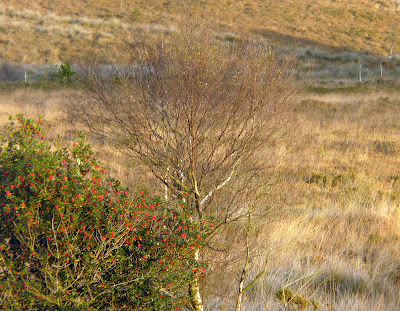 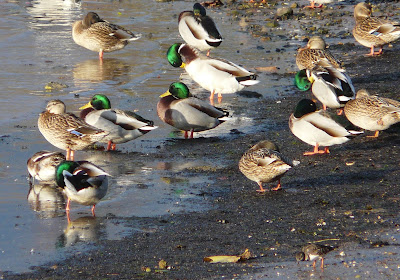 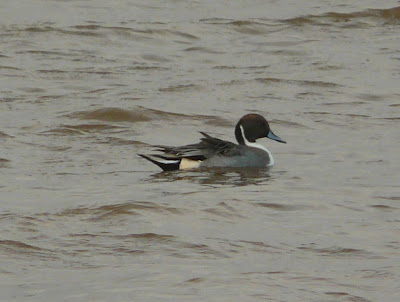 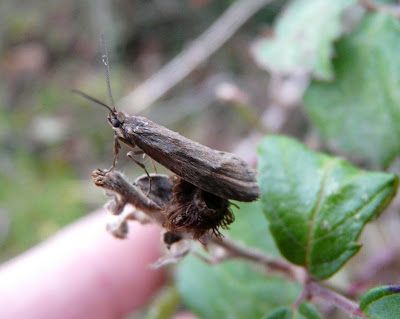 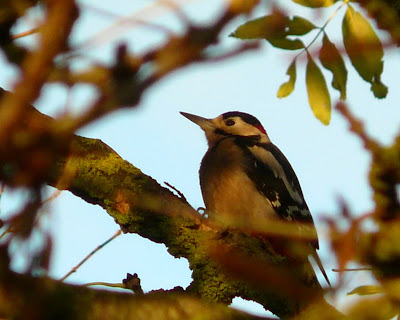 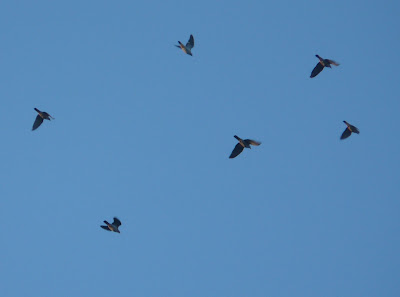 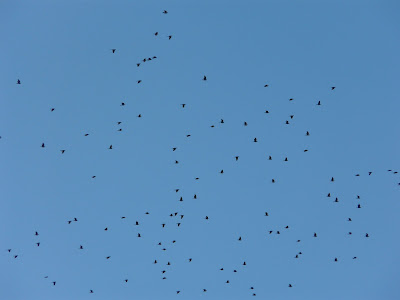 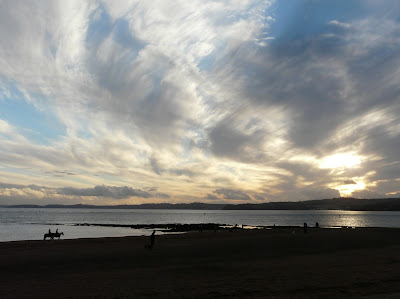 Too dark for photos of the first three returning Purple Sandpipers late this afternoon, so I took a photo of Maer Rocks instead. Maer Rocks is now a well established wintering site for Purple Sandpipers with up to a dozen present mid-winter. They are often subject to disturbance here and when the tide is in they move to inaccessible roost sites on Straight Point. It's always good to see them back. Additionally there were at least 3 Turnstones on the rocks and a sizeable flock of Common Scoter was present, over towards Langstone Rock, totalling at least 80 birds.
The only other news is of a Firecrest in scrub in the Bristol Schools field on Tuesday the 2nd and Nick witnessed the first Woodpigeon movement on Orcombe on the 3rd and found Orcombe's 4th Yellow-browed Warbler. 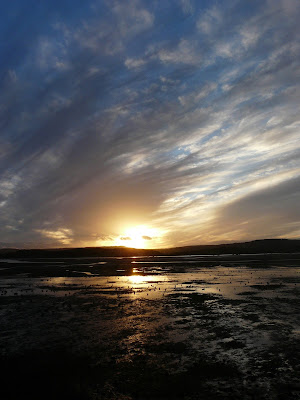 Beautiful skies tonight but the light's not great for birding. Two duck hunters that flushed hundreds of Wigeon as they trudged out to satisfy their blood lust didn't help matters either. 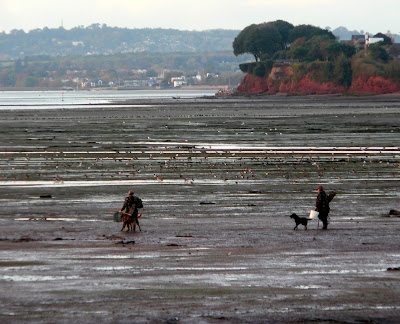 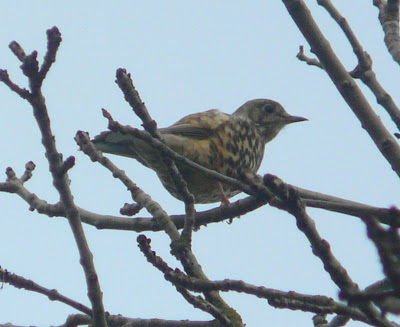 Mistle Thrush - Maer long-stay carpark.
Very little time after work this evening with low cloud rolling in, bringing darkness sooner than expected. I did a quick lap of the Bristol Schools field and picked up a Yellow-browed Warbler in scrub in the bottom left hand corner. If it hadn't called I would never have seen it. This is still only my third record for Orcombe Point. In the same field were at least 3 Song Thrushes and a single Chiffchaff.
The Maer long-stay carpark produced 3 Goldcrests and 2 Mistle Thrushes which are always hard to come by in Exmouth, and Paul Gosling had a male Black Redstart on Exeter Road School first thing this morning, before it disappeared off into the Colonies.
Posted by matt knott at 10:07 No comments: