Waste Grass-veneer Pediasia contaminella. Another new one for the garden. In fact I've only ever seen this species abroad. It has a distinctive resting posture but is pretty unremarkable in the looks department. Only present in the south of Britain, this is a localised species, so a good one to get in the garden. 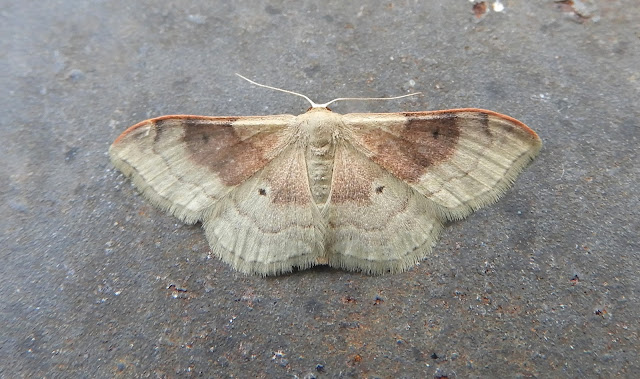 Portland Ribbon Wave. One of two trapped last night and a species that's gone from rarity to relatively common in a short space of time. 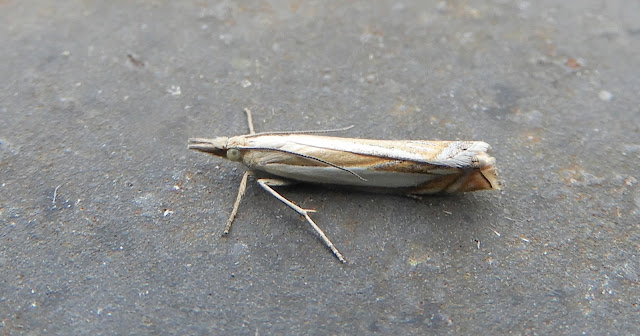 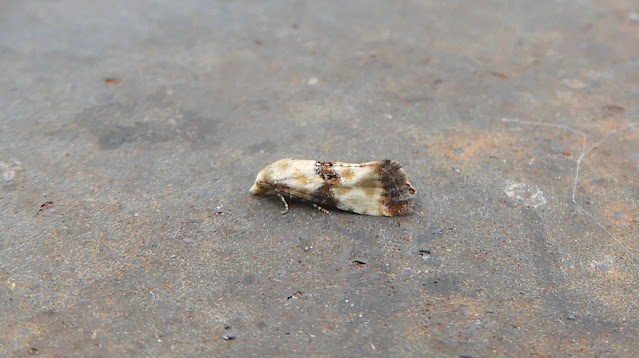 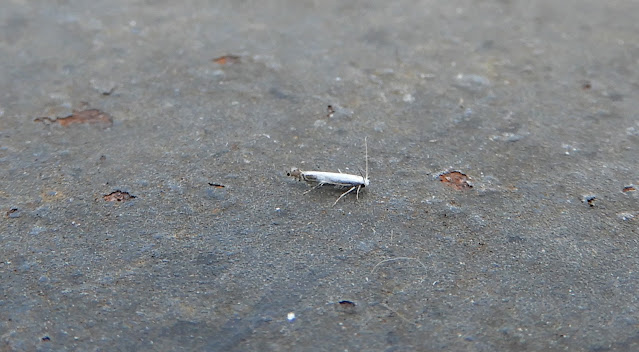 Apple Leaf Miner Lyonetia clerkella. Tried but failed to get a decent image of this 'speck'. 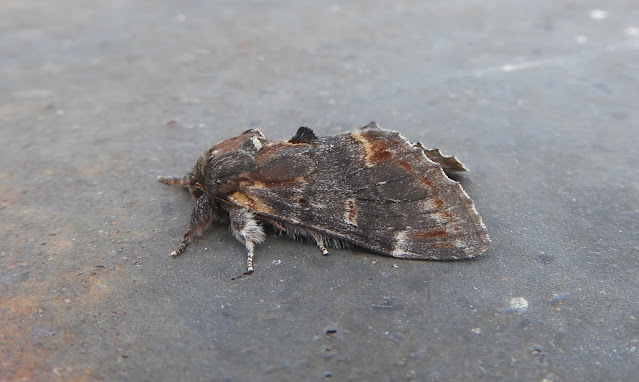 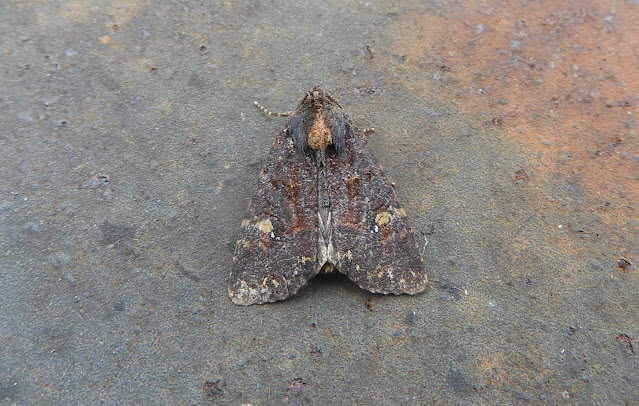 And a Common/Lesser Common Rustic agg which pretty well matches the colouring of Iron Prominent. Not sure I've seen this colour form before. 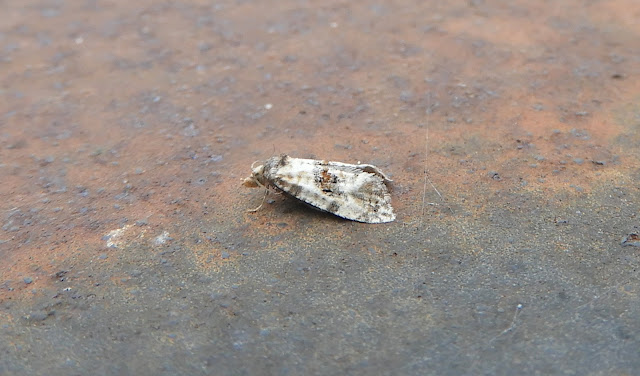 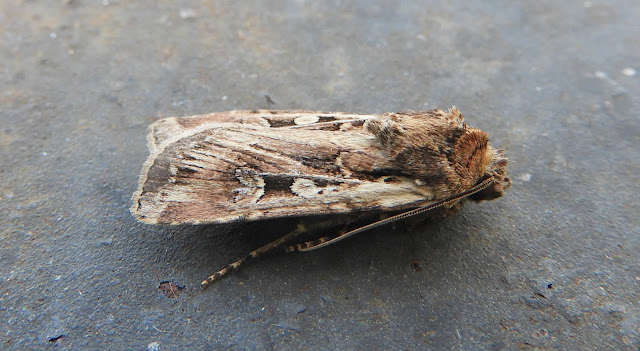 White-line Dart - only my second one trapped but a really smart one, rivalling Archer's Dart for looks. 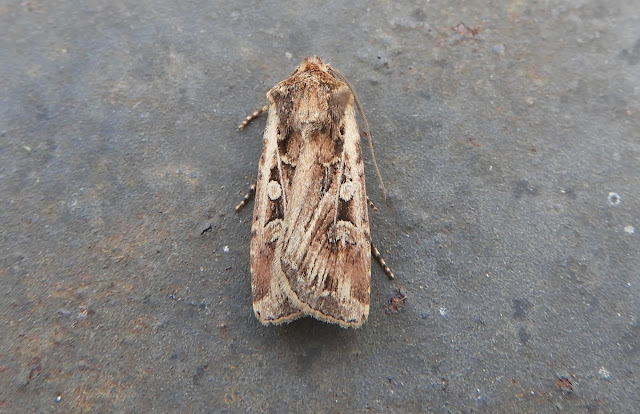