Today's star bird was a Spotted Redshank - present early morning, off Mudbank,  as the tide crept in. I think I could be forgiven for thinking that last year's bird was a 'flash in the pan'. It was, after all, my first in sixteen years, so it was great to get my second in seventeen years today! Hope it returns...
Also off there today - 43 Wigeon, 7 Black-tailed Godwits, 23+ Cattle Egrets (perched on a wreck, just north of Starcross), 1 Dark-bellied Brent Goose, 6 Whimbrel, 3 Teal, 1 Kingfisher, 3 Bar-tailed Godwits, 1 Greenshank and 2 Pintail.
A spell watching from the back garden, from mid-late morning (between strenuous bouts of gardening), produced 1 Osprey (1005), 1+ juvenile Goshawk, 3+ Sparrowhawks, 9+ Buzzards and a single Swift, south.
On Orcombe Point - 20+ Yellow Wagtails, 1 Wheatear and 2 Sand Martins. Lovely to bump into Roger and Liz.
Yesterday's sightings - Orcombe Point - 10+ Yellow Wagtail, 2 Grey Wagtails, 1 White Wagtail and 2 Wheatear.
Mudbank - 1 Dark-bellied Brent Goose, 5 Black-tailed Godwits, 46 Wigeon, 40+ Little Egrets, 3 Ringed Plovers, 3 Dunlin, 4 Whimbrel and 1 Greenshank. Also, at least 1, probably 2 Ospreys, 1 Kestrel and 1 Swift, from the back garden. 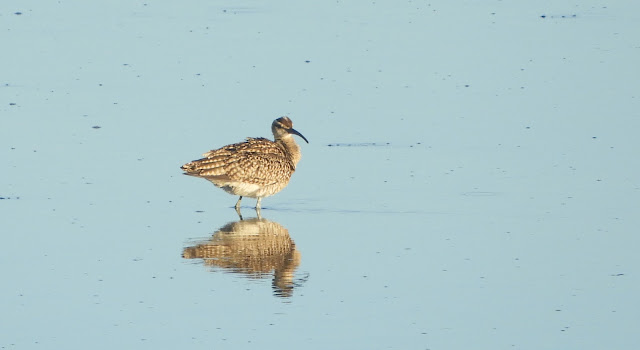 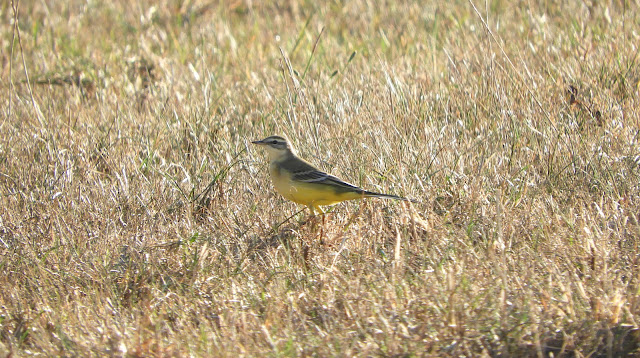 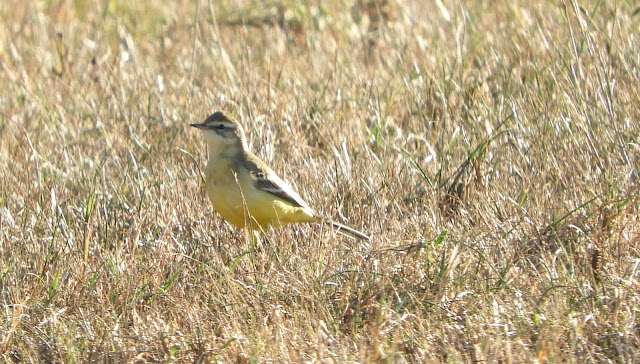 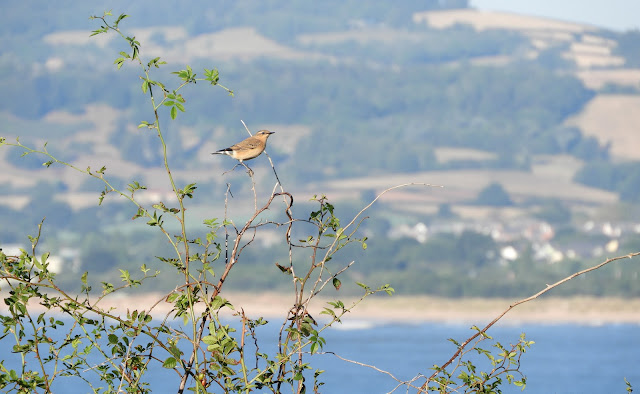 Wheatear - Orcombe (with Dawlish Warren in the background). 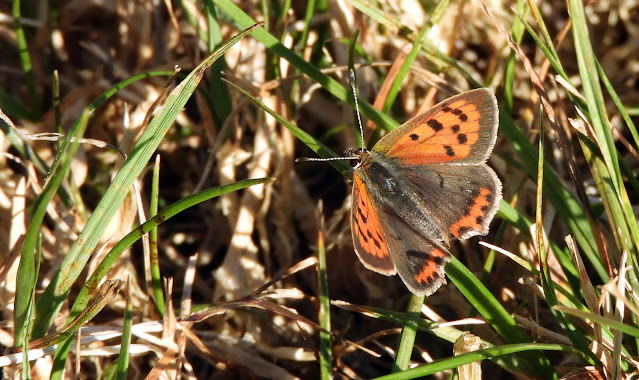 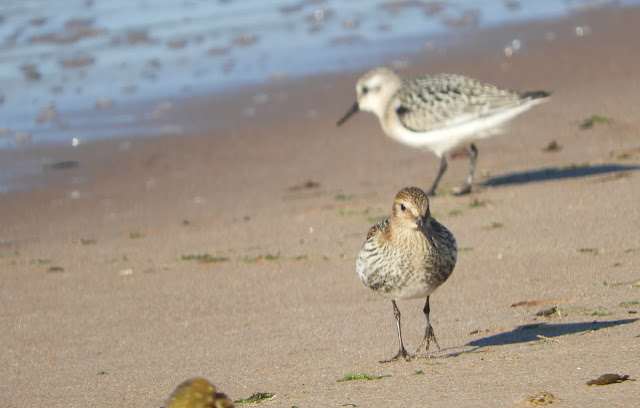 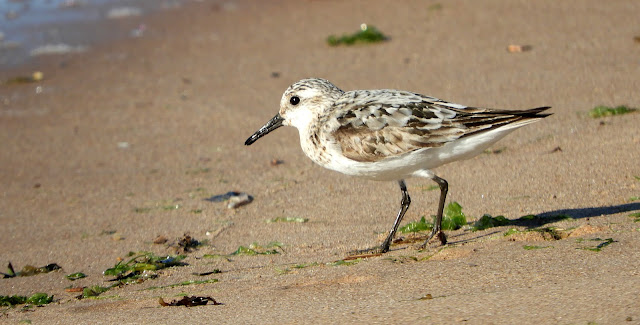 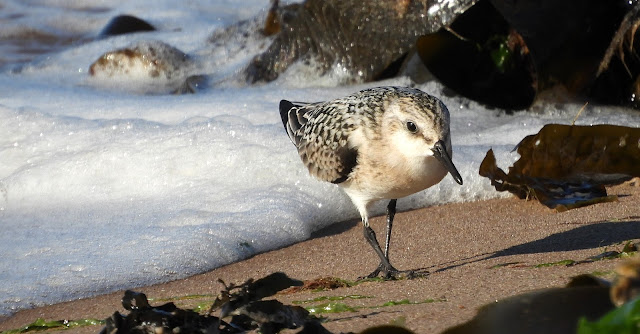 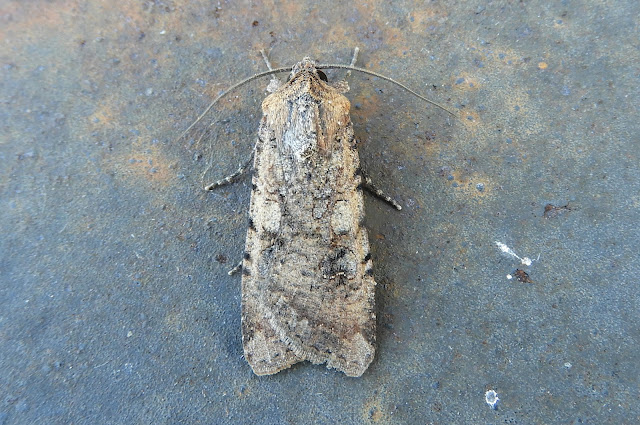 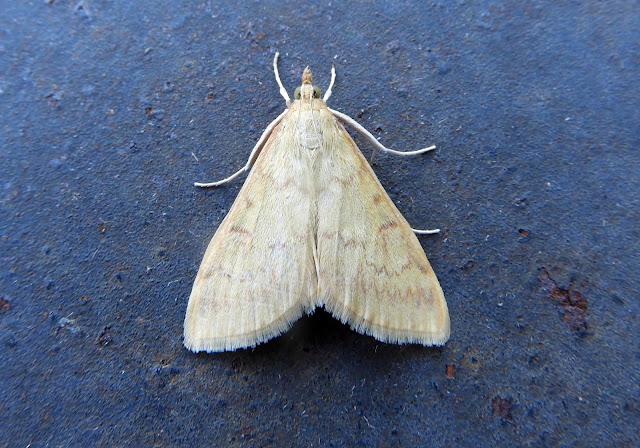 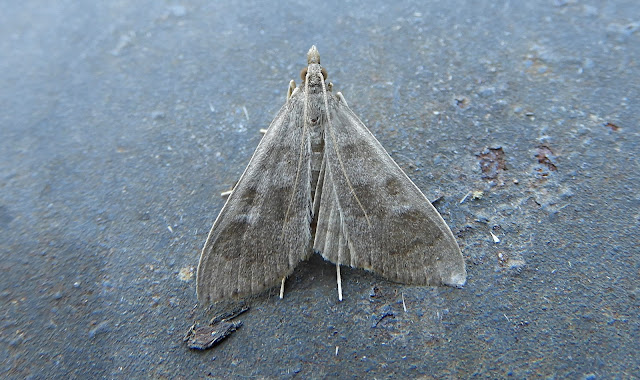 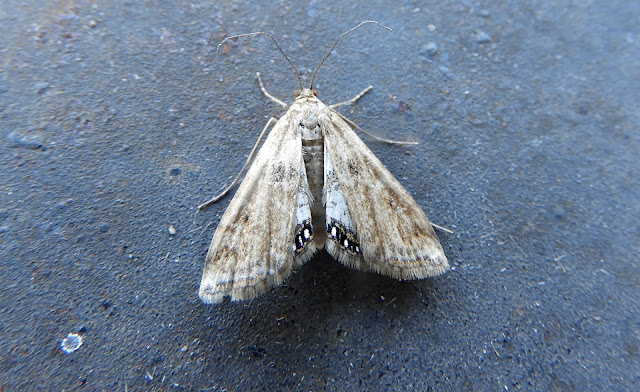 Osprey - photographed from the back garden, yesterday. This is the lingering juvenile bird. Shortly after it had flown downriver, towards the Warren, I picked up what was presumably a second bird. It appeared very high up, over the Haldon Ridge, and gradually lost height before reaching the river, where it patrolled for a while, still quite high up, and then drifted off upriver.