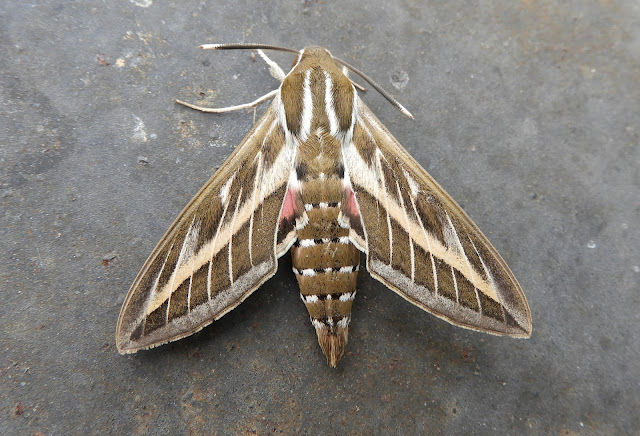 Striped Hawkmoth. By far the best of last night's immigrant haul that included 1 Silver Y, 1 Dark Sword-grass and small numbers of Turnip and White-point.
Disappointingly quiet on Orcombe this morning, following overnight rain that continued well past dawn. Just one or two Tree Pipits and 3 Swifts made it into the notebook. The hedgerows were devoid of phylloscs or anything else for that matter! Off the Imperial rec - 1 Common Tern, 5 Sandwich Terns, 2 Mediterranean Gulls, 1 Grey Plover, 2 Ringed Plovers and a flock of 27 Black-tailed Godwits. The Wigeon count has risen to 5 individuals off Mudbank. 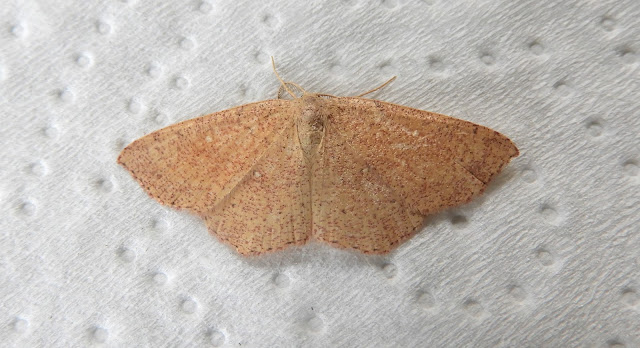 Nick trapped this smart Jersey Mocha last night, and very kindly popped over with it. It's a brand new species for me but one, like many others, that seems to be doing well in response to a warmer climate. I'm assuming I'll find it here in Exmouth, sooner or later. Remarkably, Nick also trapped the closely-related Blair's Mocha - a species I've only encountered in the south of France, but another one that's on the rise. 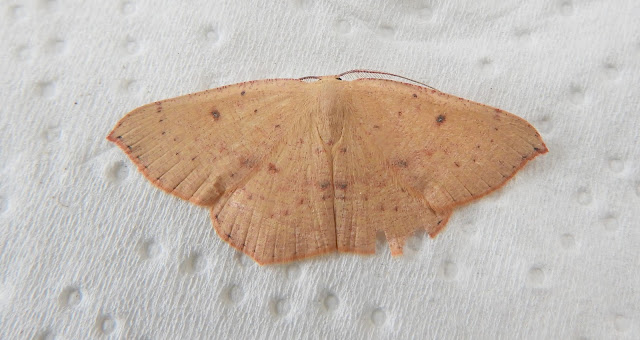 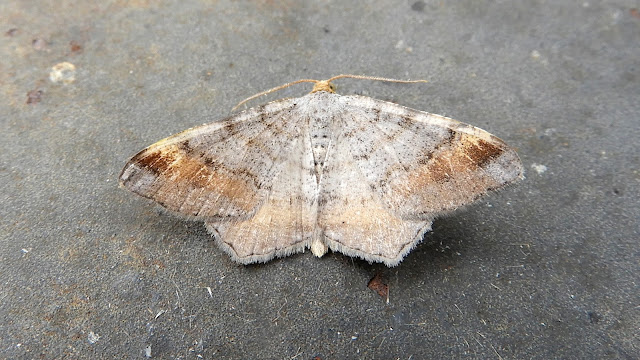 Tawny-barred Angle. Only trapped occasionally here in Exmouth.
Posted by matt knott at 07:26