One of two Juvenile Black-tailed Godwits off Mudbank yesterday.
Off Mudbank today - 1 Redshank, 1 Dark-bellied Brent Goose, 3 Mediterranean Gulls, the Yellow-legged Gull and c200 Mallard. A large flock of 25+ White Storks (presumably the 'Knepp 28' seen earlier in Torquay) flew hurriedly across the river at 1650, watched from the back garden, and a Tree Pipit flew over Mudbank, calling, earlier on this morning.
Of note off there yesterday - 2 Black-tailed Godwits and a Grey Plover, along with the summering Dark-bellied Brent Goose. 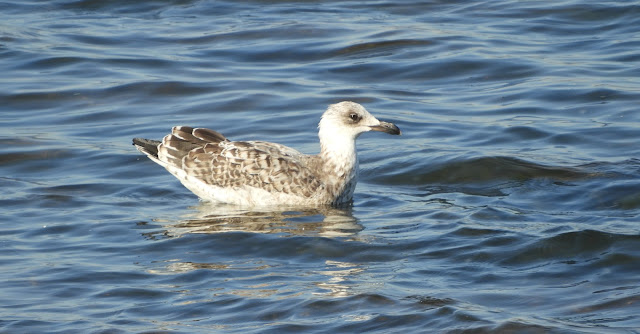 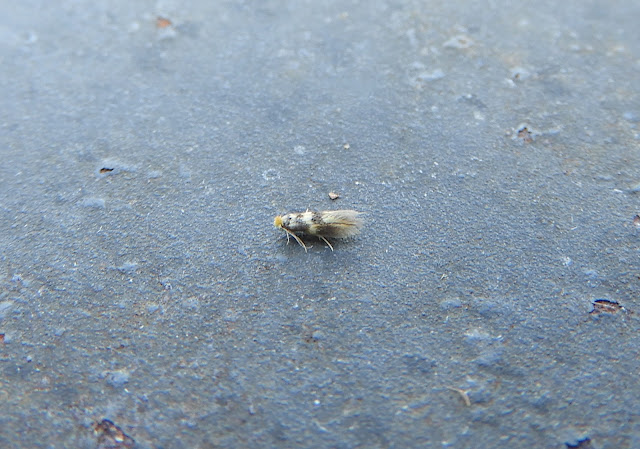 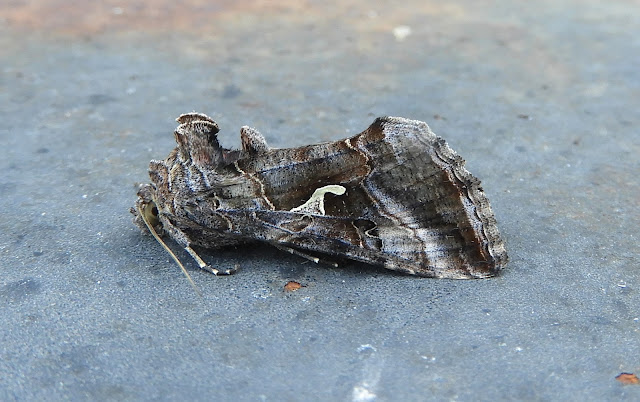 Silver Y. Just this and a single Diamond-back the only evidence of any immigrant activity, unless you include Turnip and Rusty Dot Pearls. 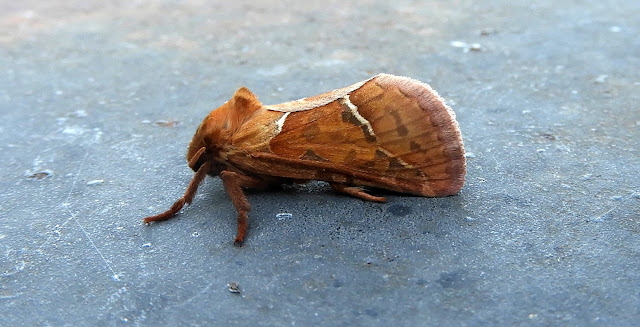 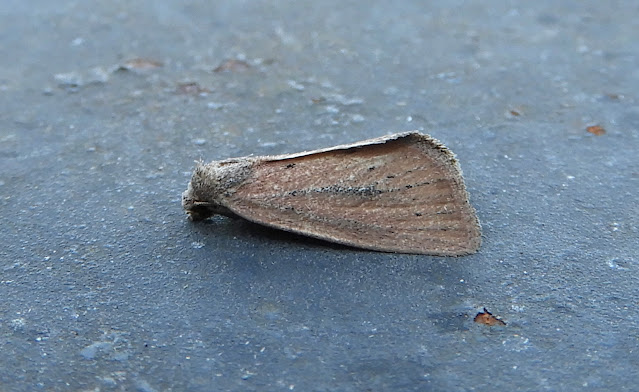