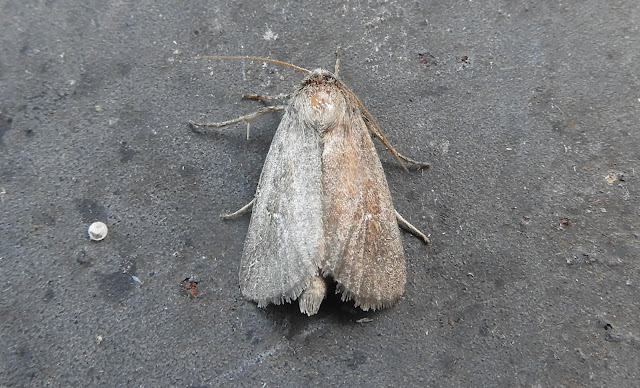 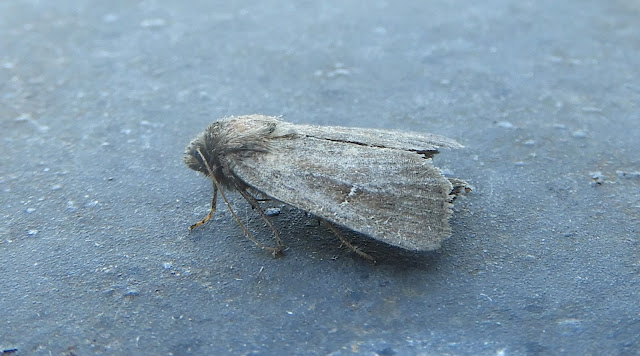 Brown-veined Wainscot - a second individual below. Several of these trapped last night. 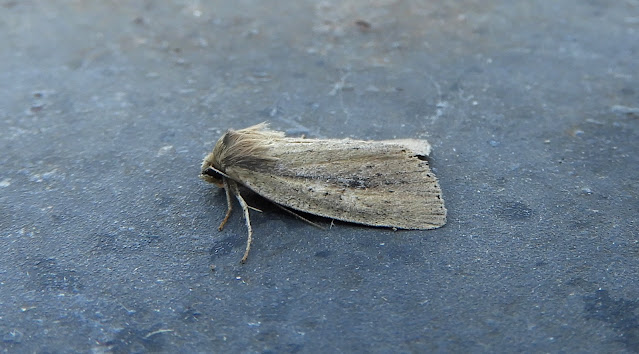 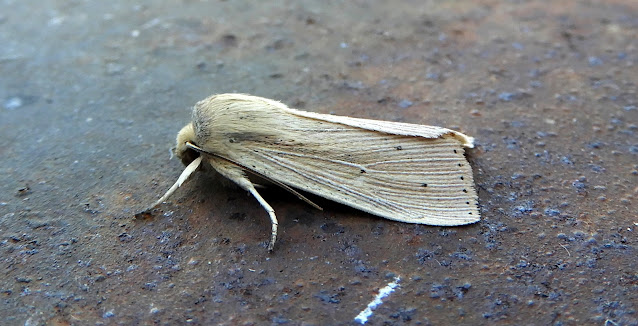 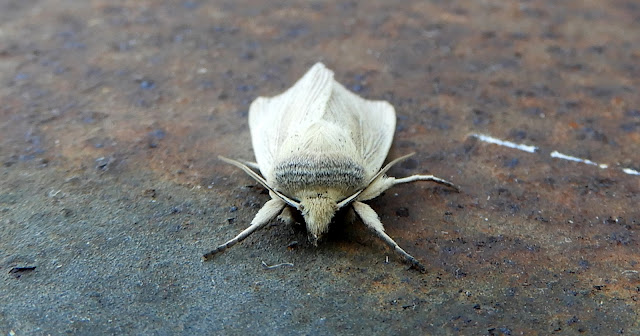 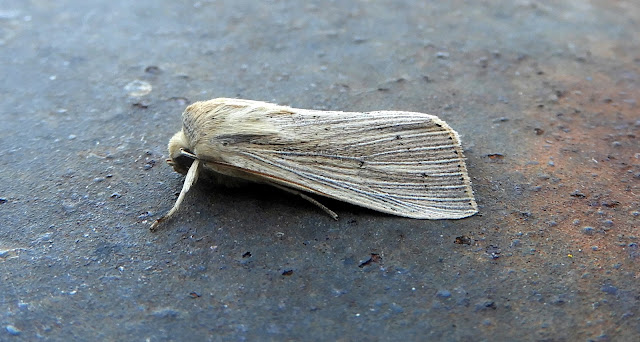 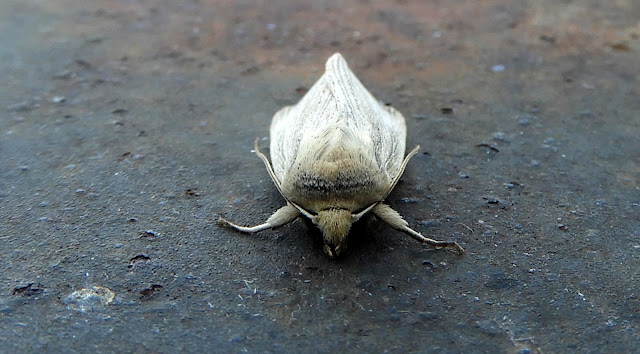 Scrobipalpa sp - gen det needed for this one despite its rather distinctive appearance. 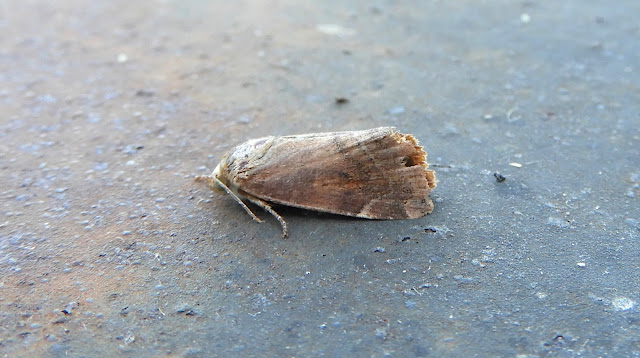 Clouded Slender Caloptilia populetorum. Nick trapped this one a couple nights ago - potentially a first for Devon! Confirmation from the county recorder awaits... 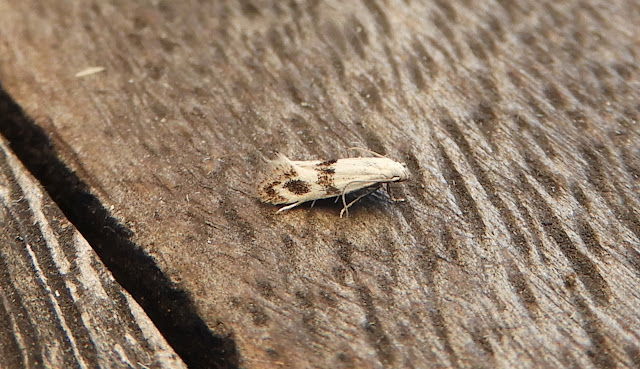 Triple-spot Dwarf Elachista maculicerusella. Another new one for Nick and I - tiny but highly distinctive and really smart. According to UK Moths the larvae mine the stems of Reed Canary-grass, so it's certainly a wetland speciality, and therefore quite localised.
Posted by matt knott at 08:30