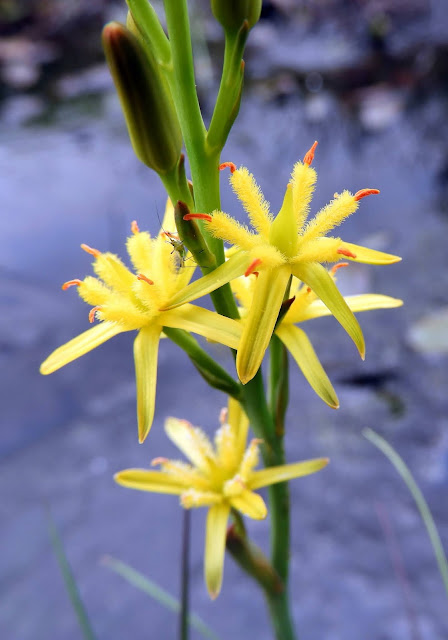 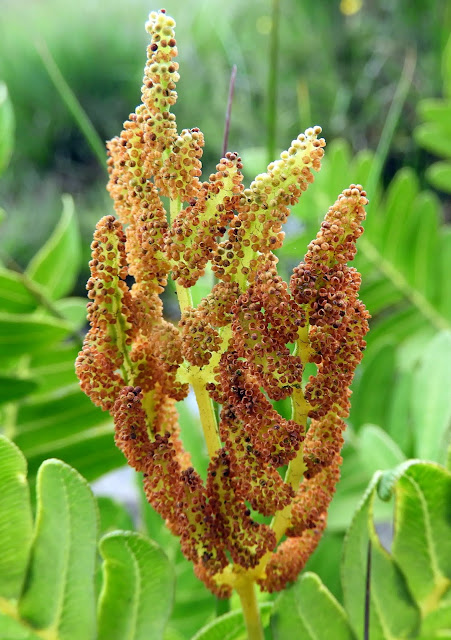 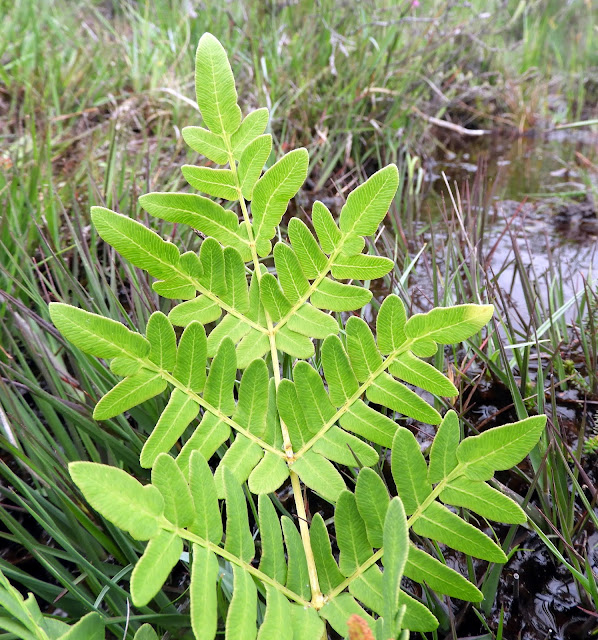 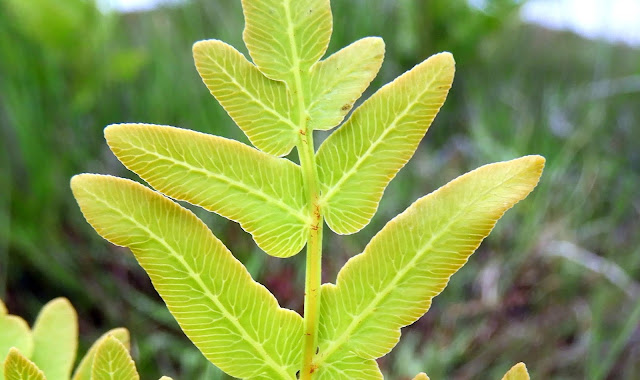 The veins bifurcate twice before reaching the edge of the leaf. 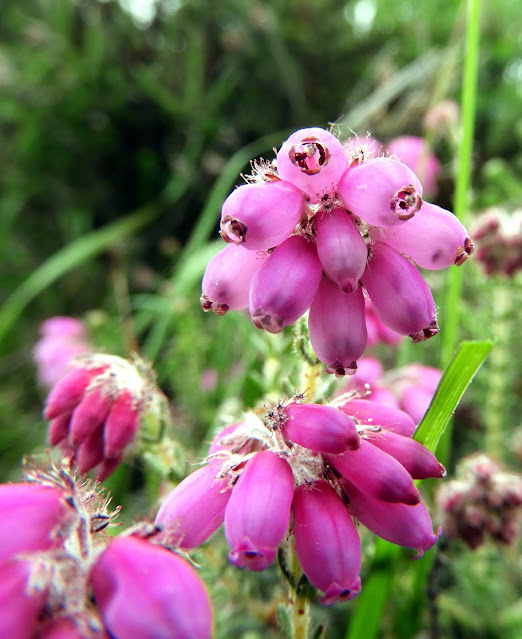 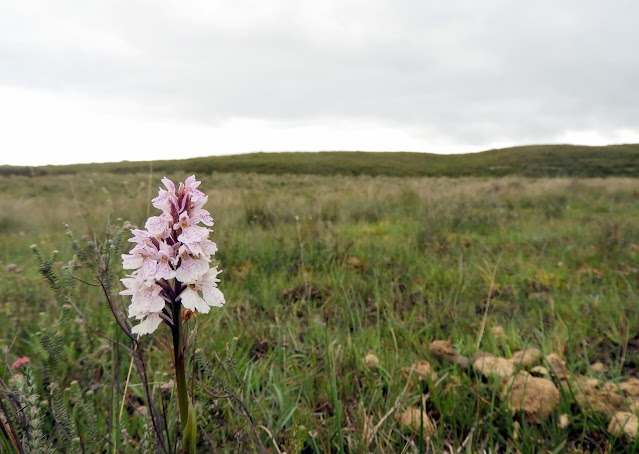 Heath Spotted Orchid - still plenty of these in flower but spikes in drier areas are well past it. 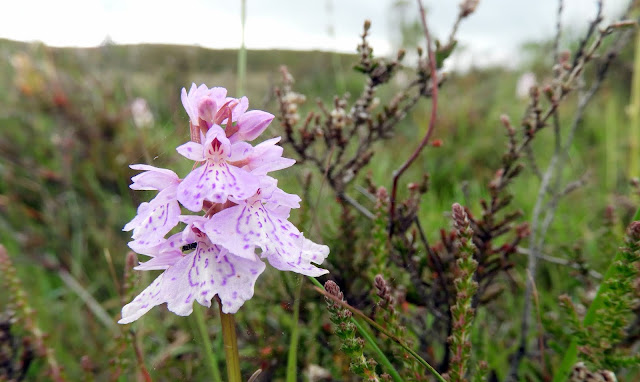 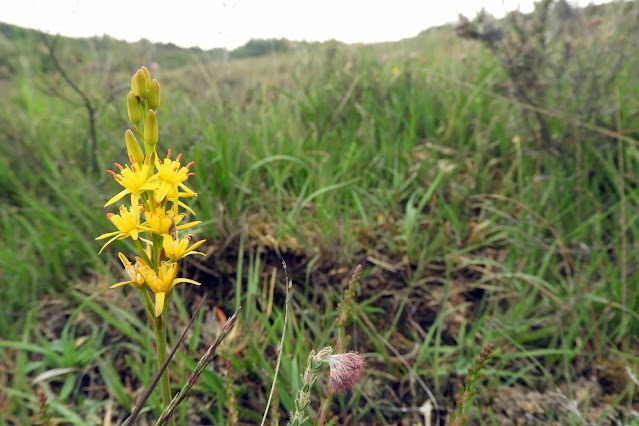 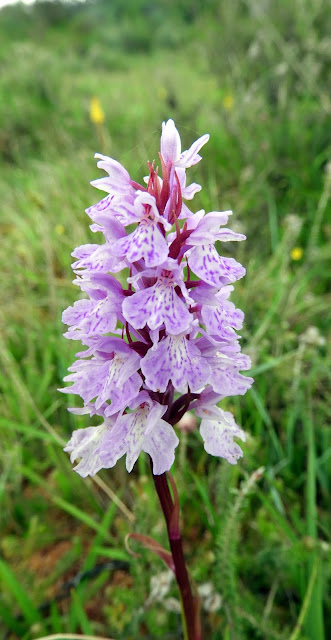 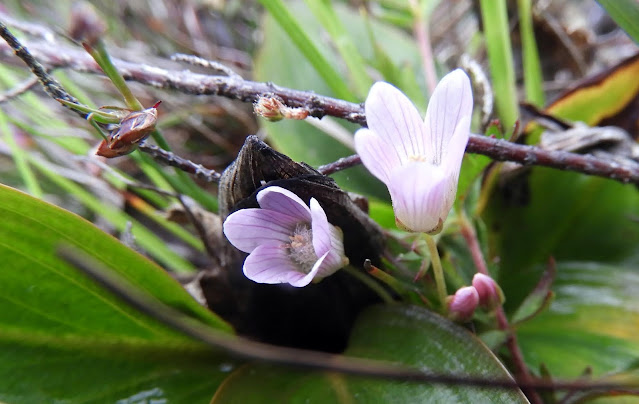 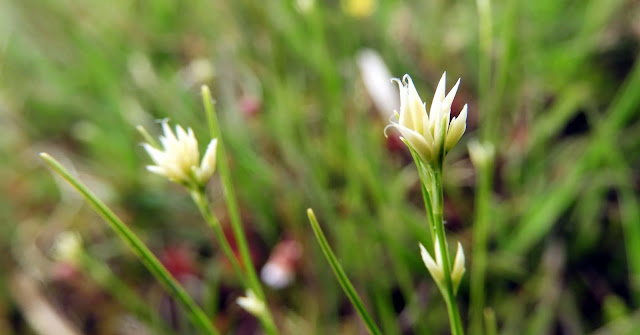 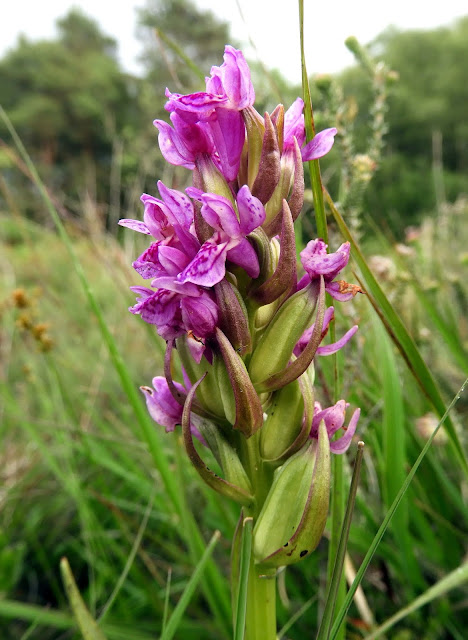 Early Marsh Orchid - just past their best but plenty still around. 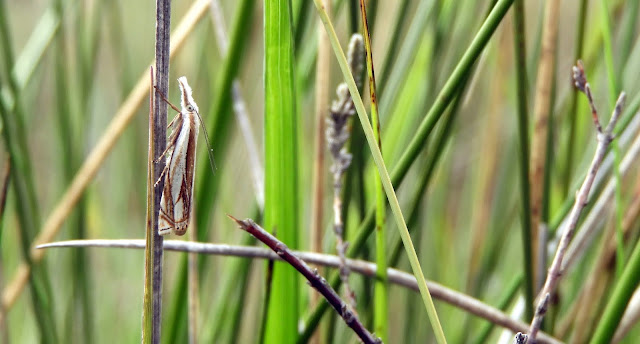 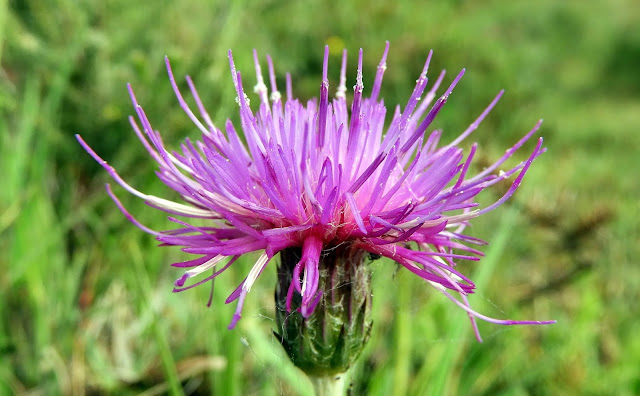 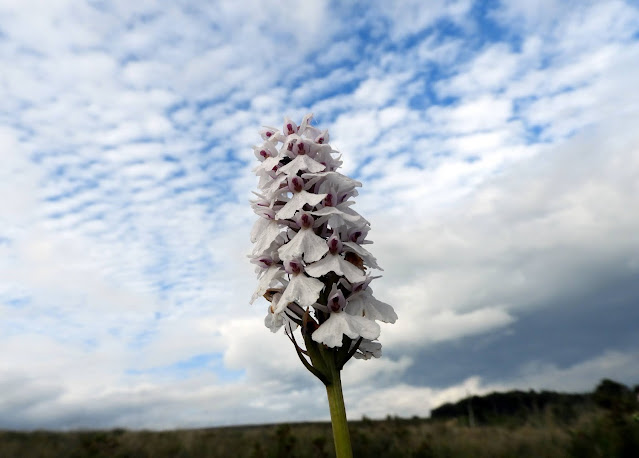 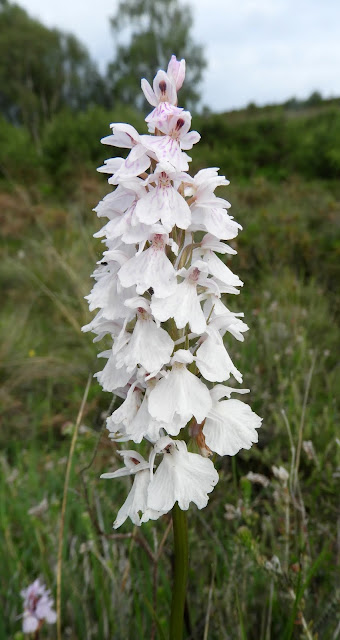 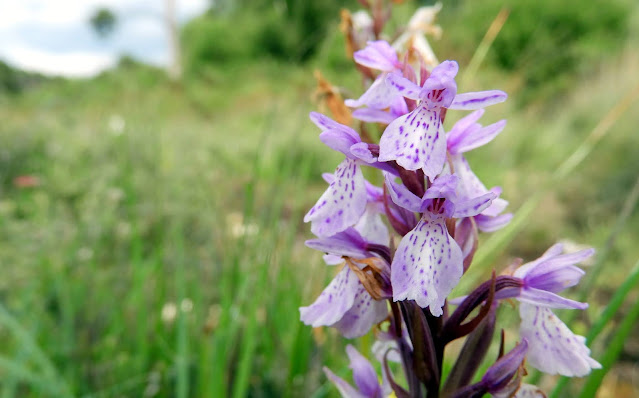 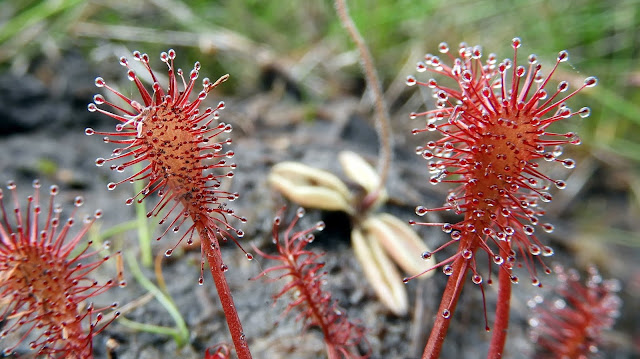 Oblong-leaved Sundew (with another carnivorous plant - Pale Butterwort, behind. 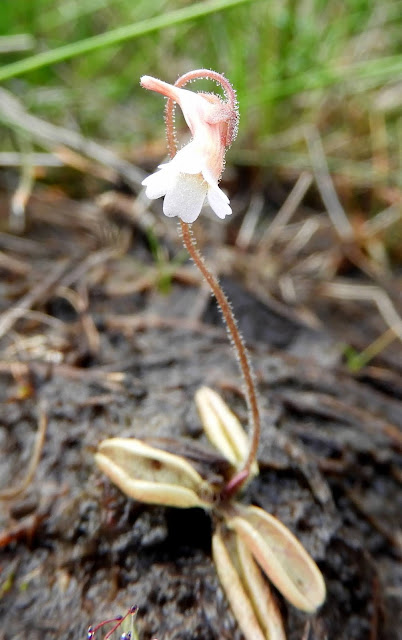 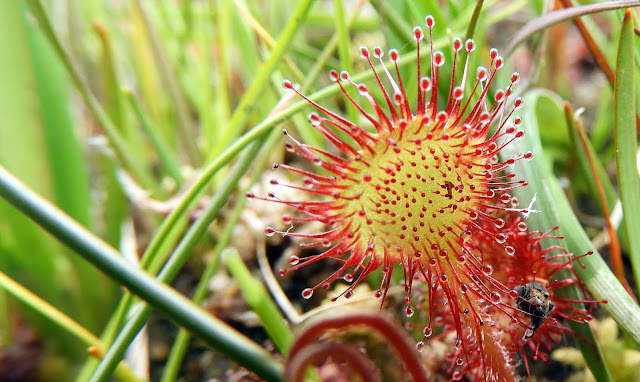 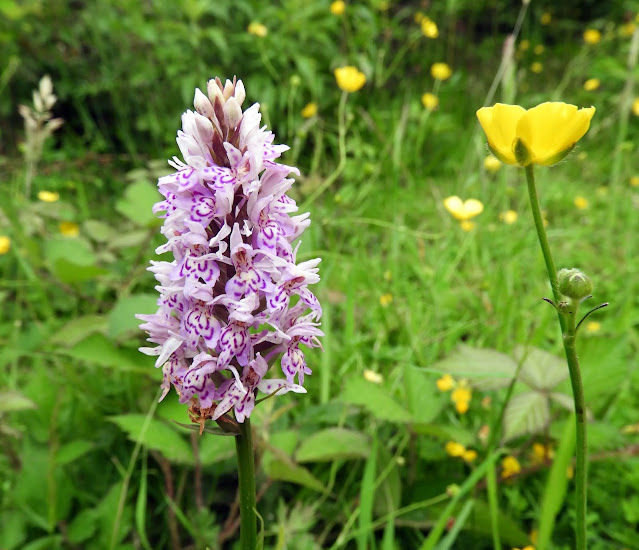 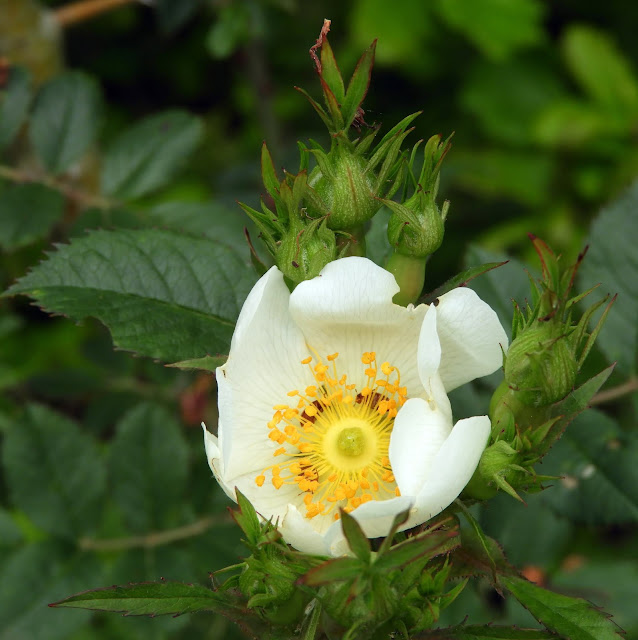 Wild Rose - would love to know which species this is. 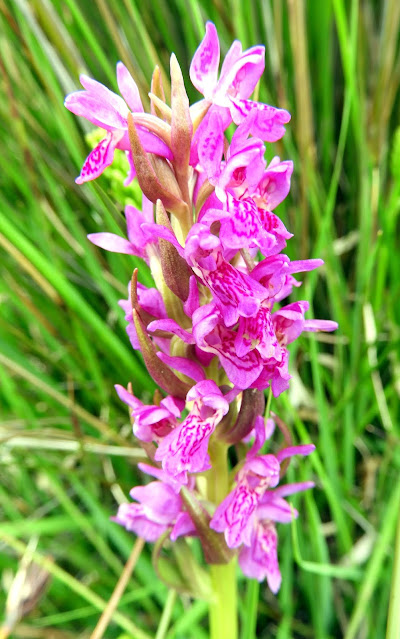 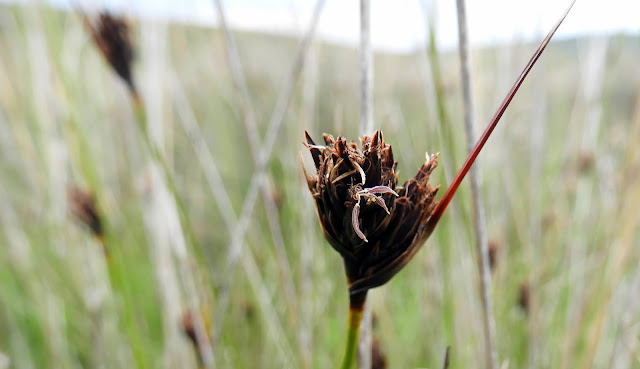 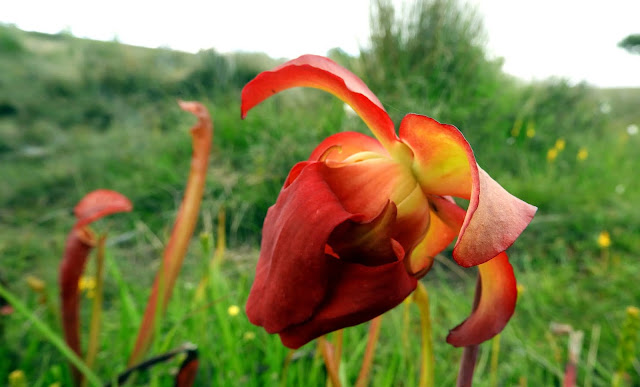 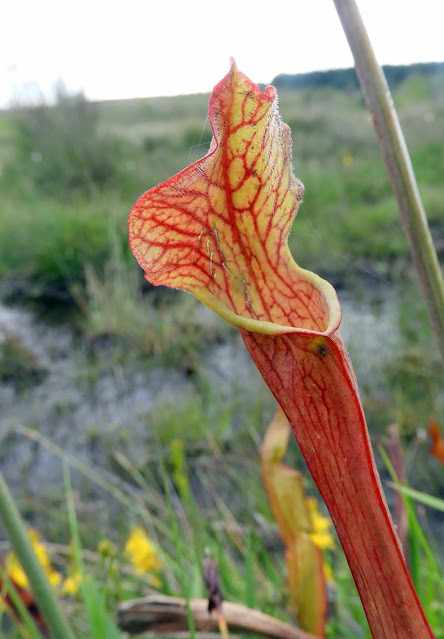 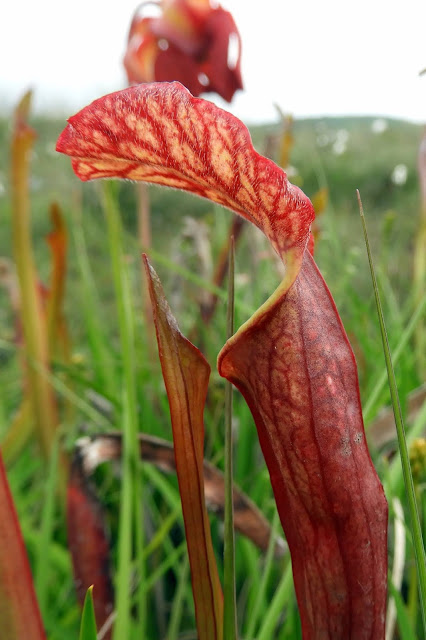 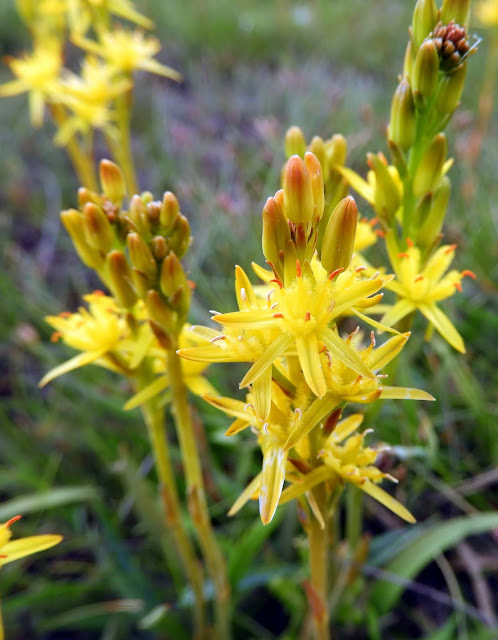