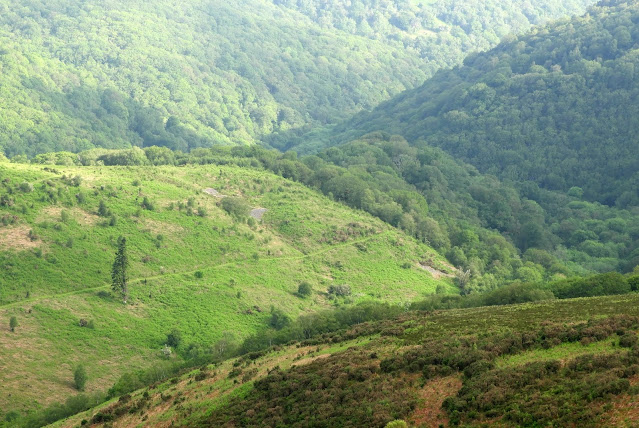 Following some dawn survey work in Exeter, I tootled up the Exe Valley to Exmoor, in search of Lesser Twayblade. I was chuffed to find them nestled between heather plants - subtly beautiful little orchids and rare too. From what I understand, Lesser Twayblade is mainly confined to northern Britain and Ireland, but there's a little isolated population on Exmoor. 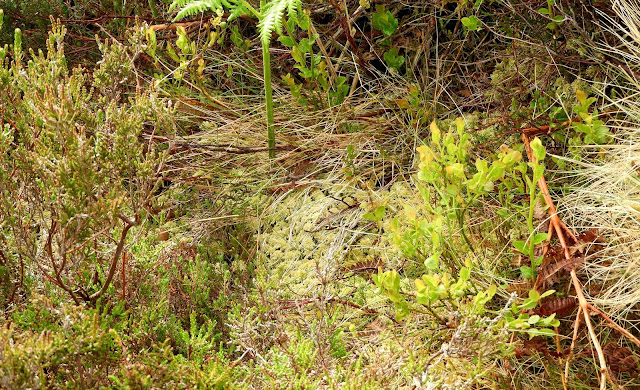 There's a single spike in the above photo - you need to really get your eye in to spot them! 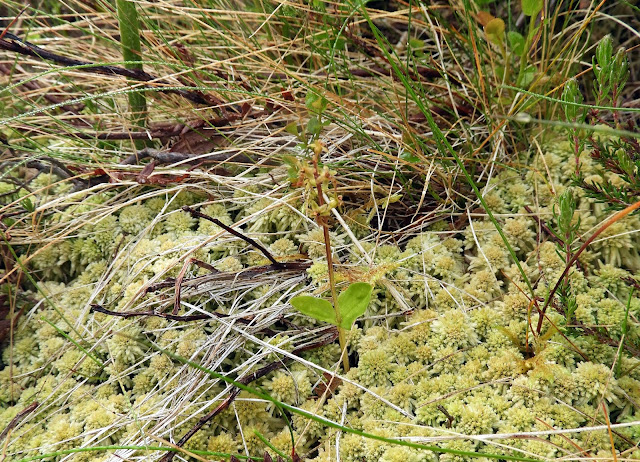 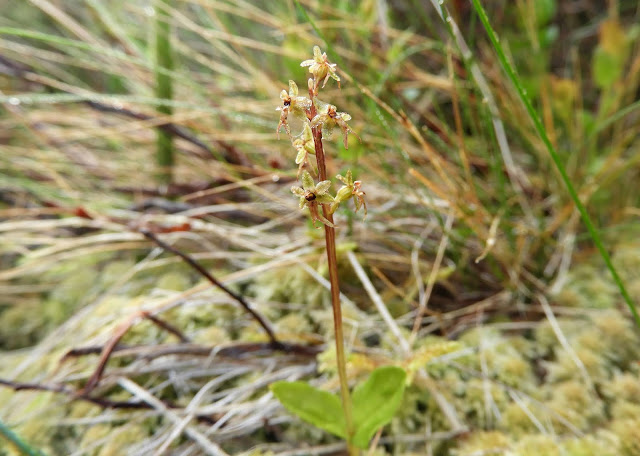 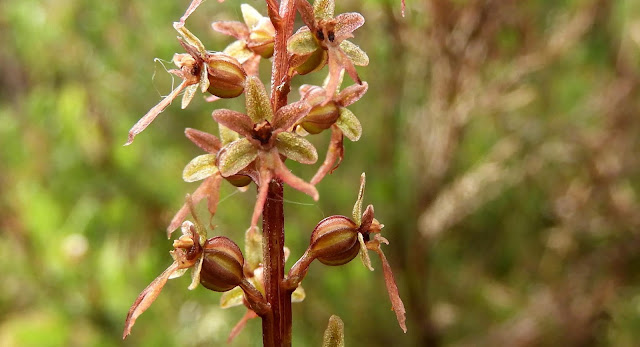 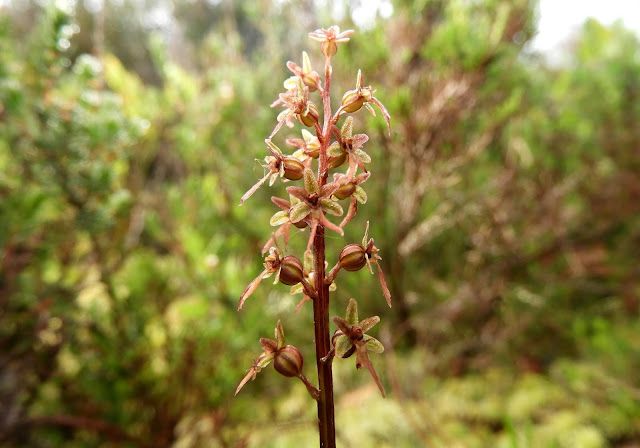 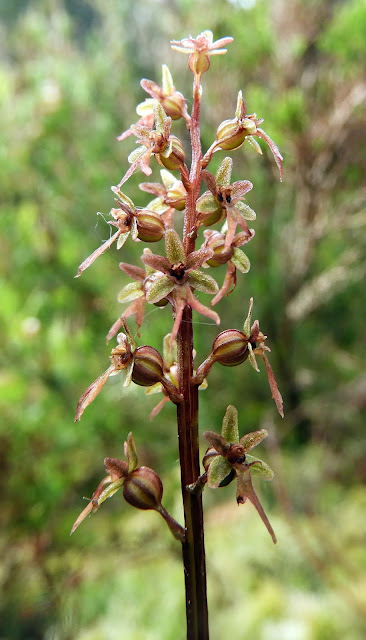 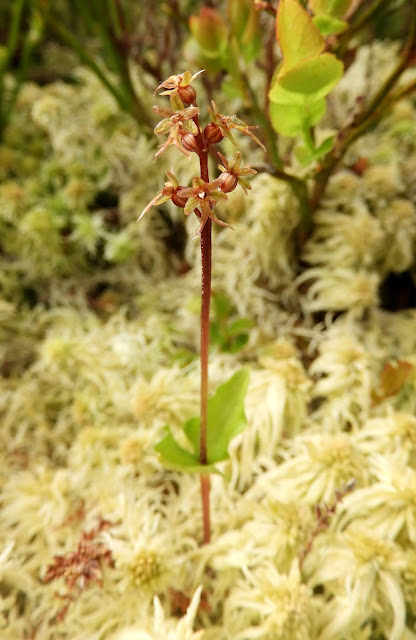 The spikes pop out of luxuriant Spaghnum moss, but the colour of the flower perfectly matches the heather and Bilberry, amongst which it grows. 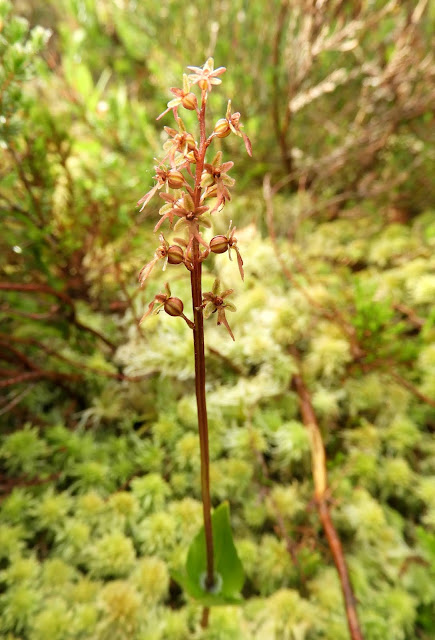 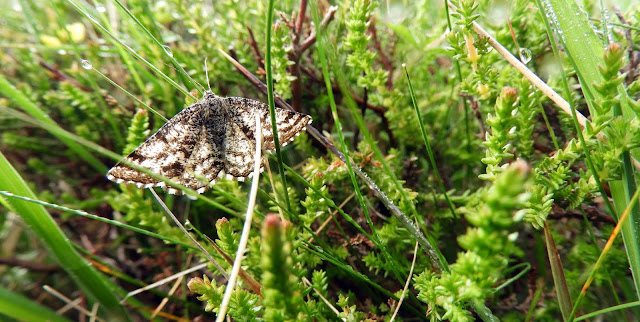 Common Heath. I didn't spend much time looking at other stuff on Exmoor but three Cuckoos were logged. 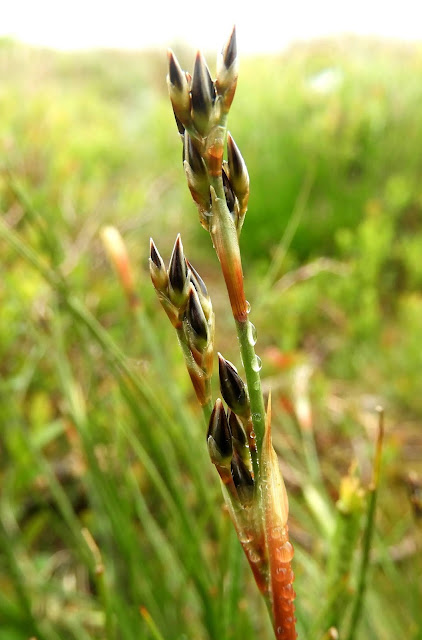 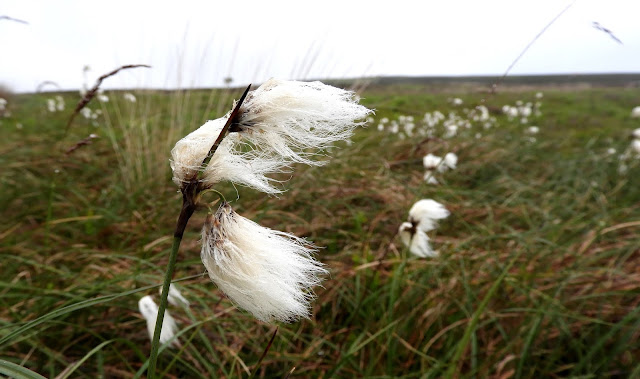 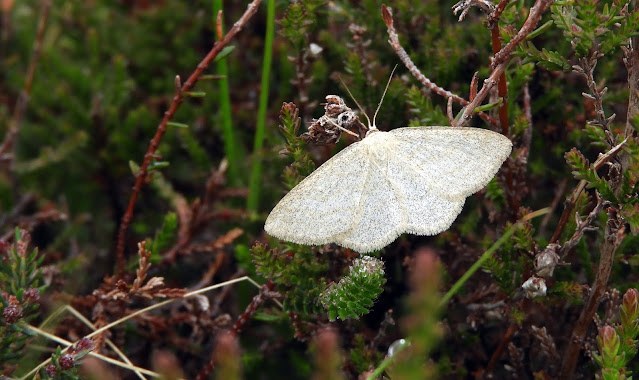 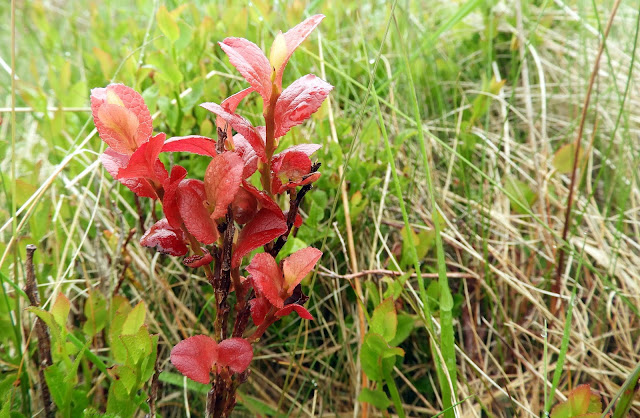