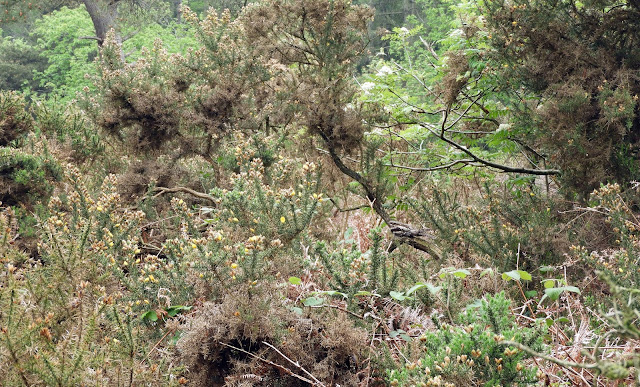 This male Nightjar rather foolishly started churring as I walked past it, this afternoon. Some careful fieldcraft resulted in a fantastic view, before it was left to roost in peace. Both the above and below photos were taken from the exact same spot, not a step closer.
Some actual bird news today - 2 first-summer Mediterranean Gulls off the seafront, first thing, and a singing Reed Warbler in scrub near Mudbank - my first in Exmouth this year. This afternoon a walk on the commons produced singing Cuckoo, Nightjar, a few Dartford Warblers and a couple of Crossbills. 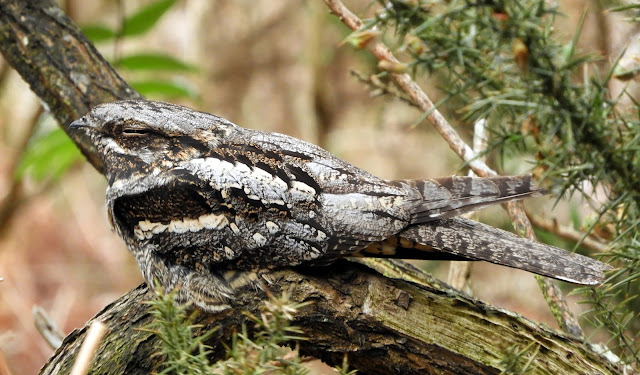 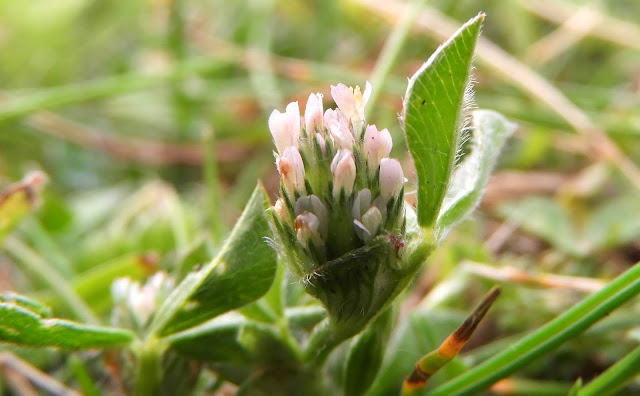 Knotted Clover - raised beach huts, Exmouth seafront. A big thank you to Heath for finding this, and pointing me in the right direction! Another small clover and one that I've been really searching for. 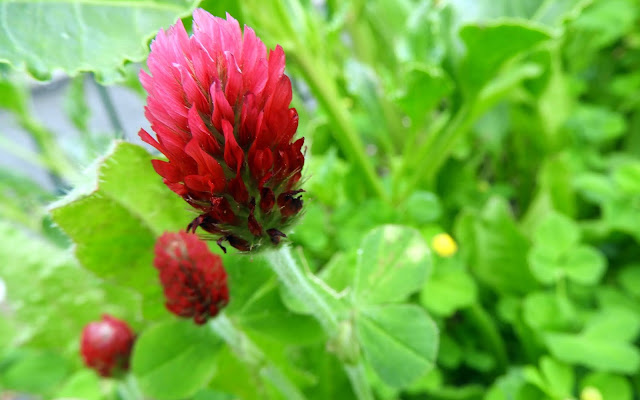 This gorgeous Crimson Clover is growing at the entrance to the boat repair yard, beside Duckpond. A non-native species, this may have been inadvertently introduced when they worked on the sea-defence, or even deliberately sown. A further pointer towards this is the presence of Borage... 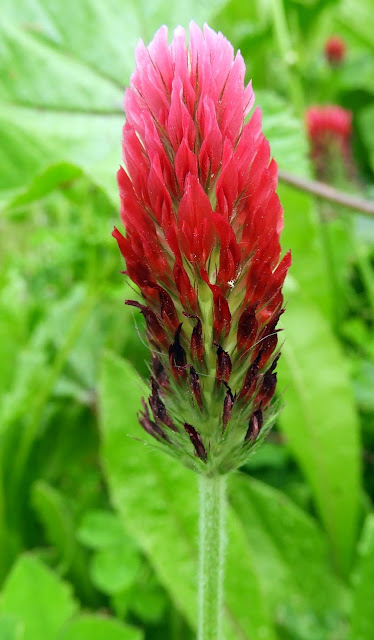 Makes a change from all the tiny, subtle clover species in Exmouth! 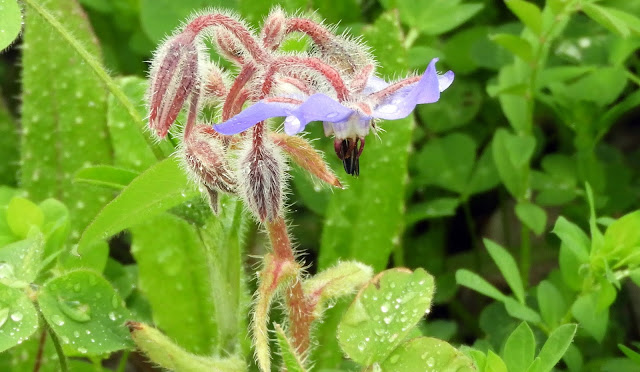 Heath Bedstraw is beginning to carpet the commons.

Diamond-back. This and a couple Silver Ys today hint at some insect immigration going on... 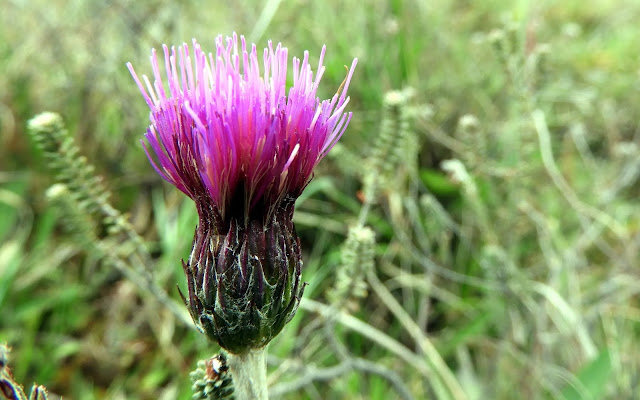 Meadow Thistle - the flower-head looks like a thistle, the rest of it doesn't! 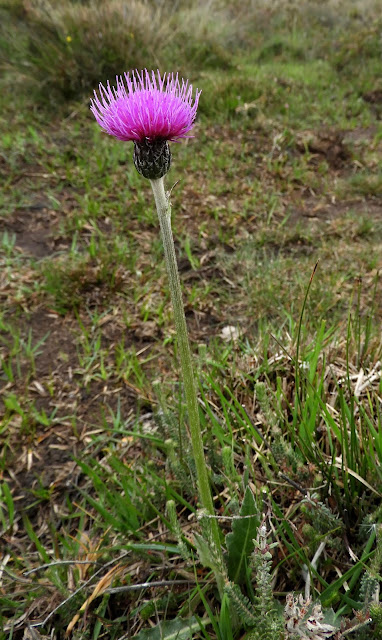 Growing in the wet parts of the heath. 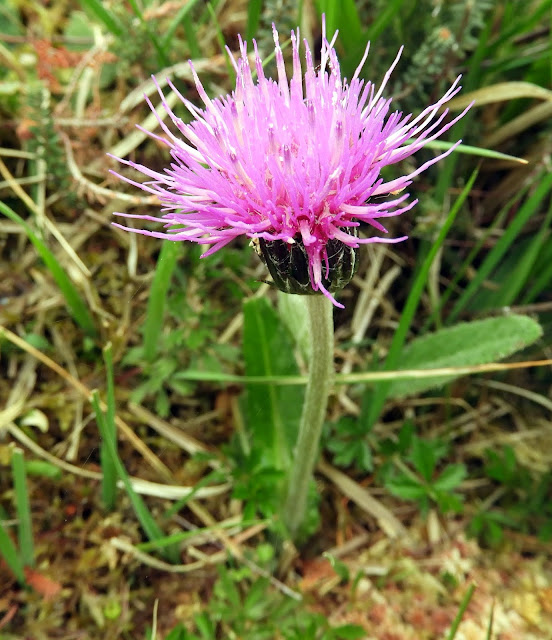 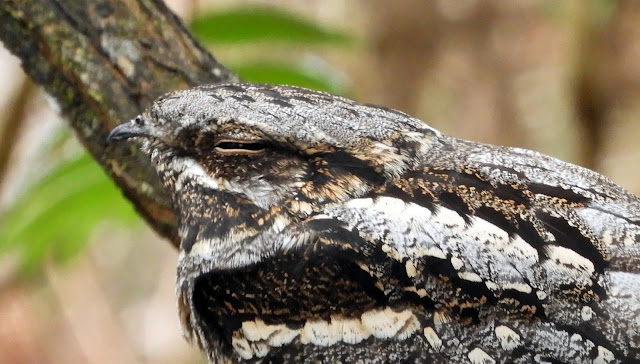