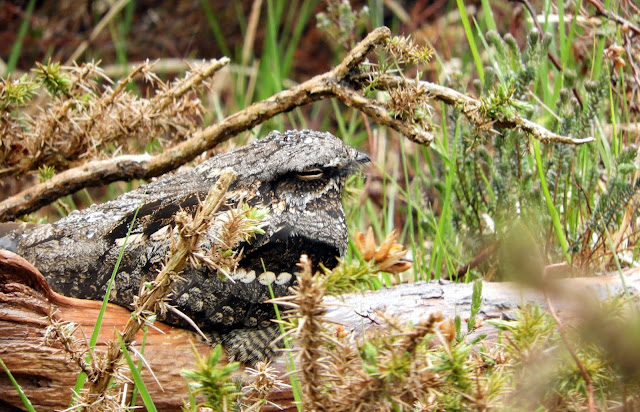 There can be few things better than a day-roosting Nightjar - but a day-roosting Nightjar in Exmouth is about as good as it gets - a massive thank you to Paul Gosling who discovered this beautiful bird just feet from a public footpath. I'm sure that, had it not been so wet, the dog-walkers (who are largely incapable of keeping their dogs on a lead, where there are numerous polite signs asking them to do so) would have disturbed it.
A wet stomp around Orcombe Point this morning, revealed at least two mobile Spotted Flycatchers. More unusual however was a Ringed Plover in a rolled 'top' field briefly. Off Mudbank - 2 Greenshank, 20+ Sanderling and at least 8 Dunlin. Also - 2 Dark-bellied Brent Geese, 7 Whimbrel and 4 Bar-tailed Godwits.
Yesterday evening off there - 1 Grey Plover, 2 Dunlin, 5 Bar-tailed Godwits, 15+ Black-headed Gulls, 5+ Great Crested Grebes, 3 Mute Swans, 2 Common Gulls, 1 Ringed Plover and 1 Mallard. 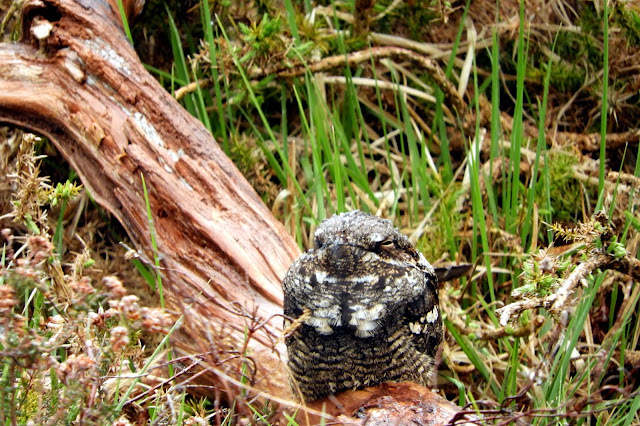 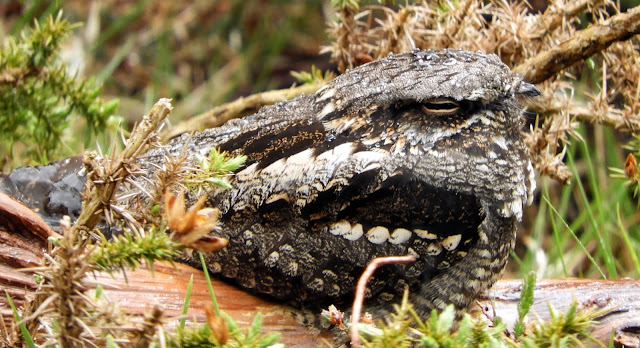 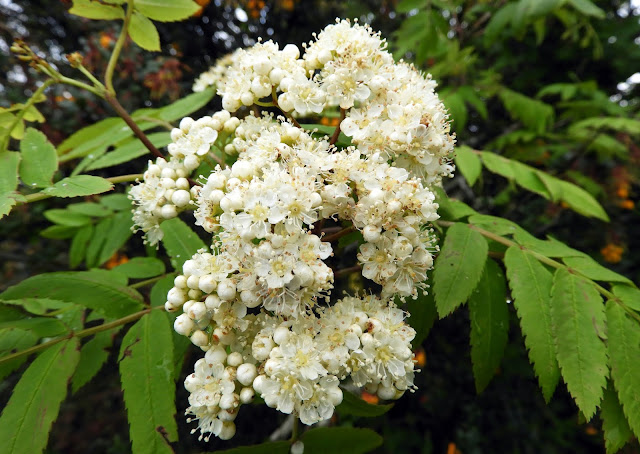 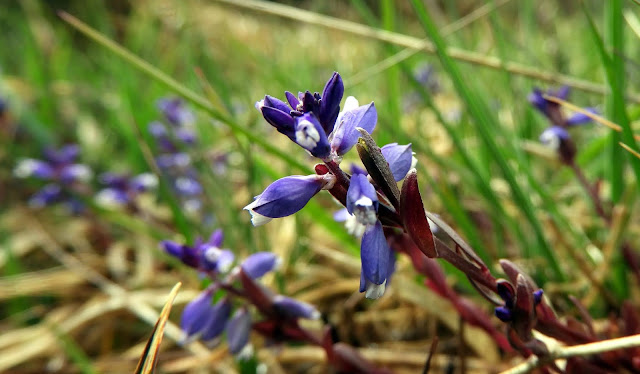 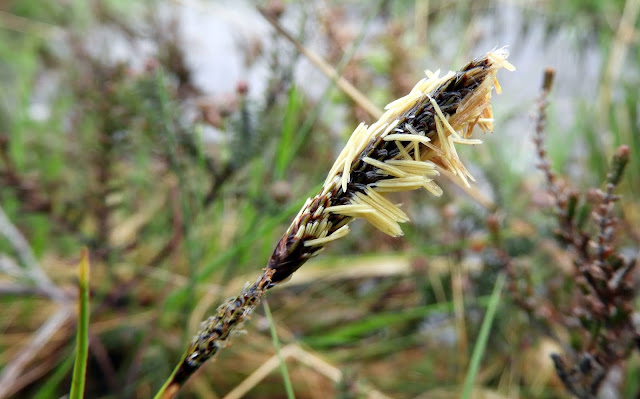 Another Sedge/Rush sp that I haven't yet identified. This is a common one though... 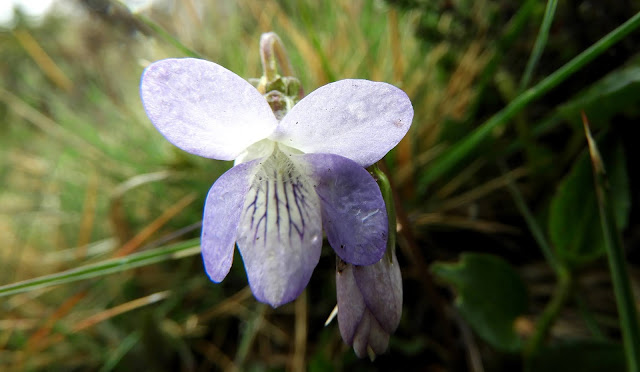 I thought I was lucky to find a handful of Pale Dog-violets the other day but this afternoon I discovered a colony easily in excess of 100 plants. I was attempting to count them when Paul Gosling texted... 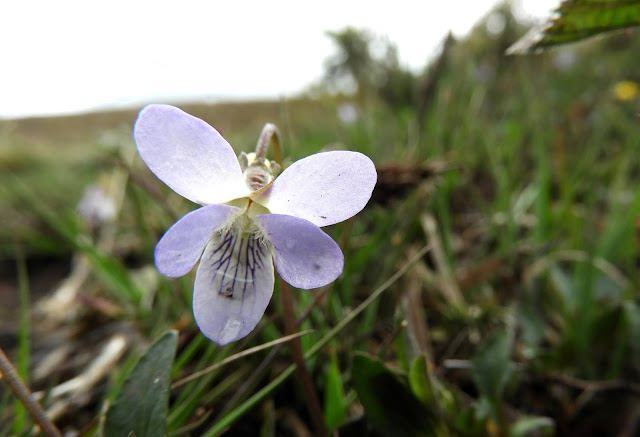 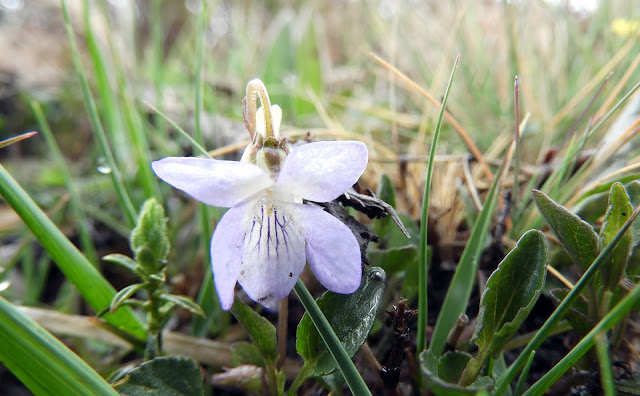 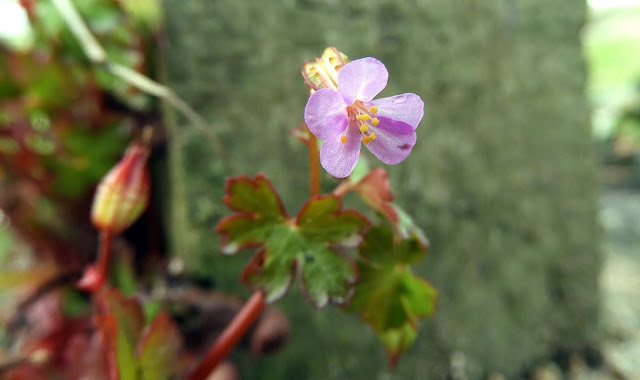 I was doing a bit of research on Dartmoor Little Robins only last night, so was initially utterly delighted to stumble upon this, whilst waiting for kick-off, in Colyton this morning. However having looked a bit harder, I've realised this is just Shining Crane's-bill, looking a lot redder than I'm used to. 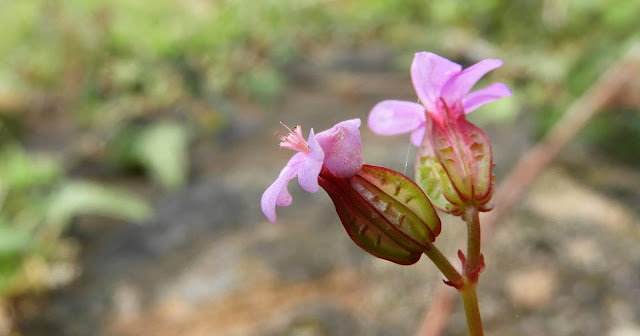 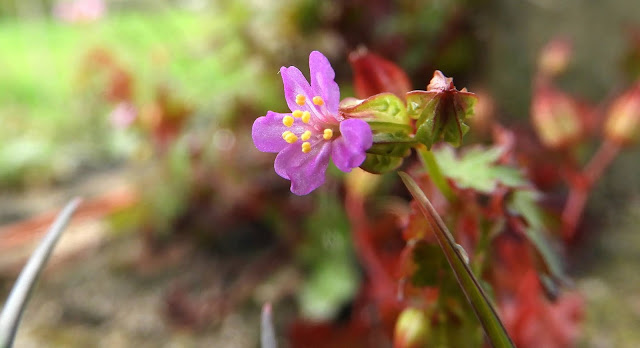 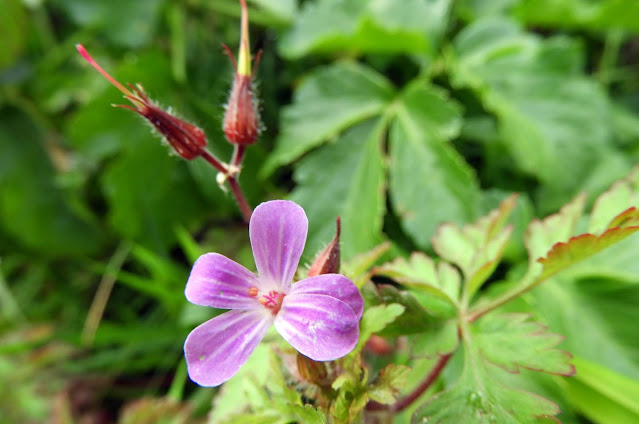 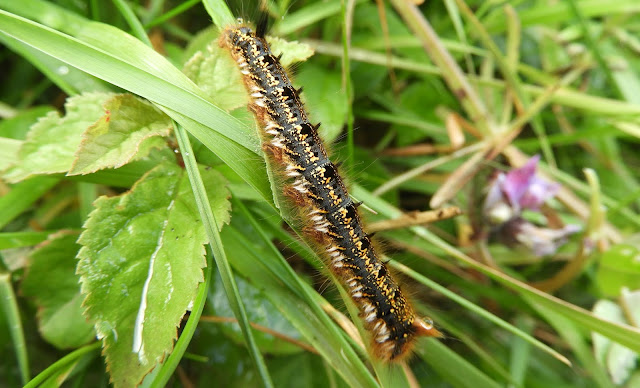 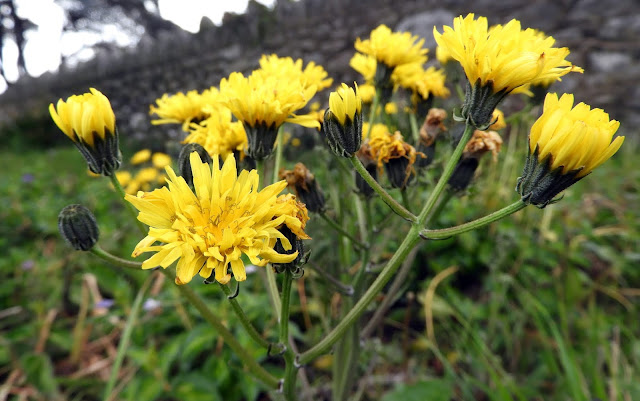 I think this is Smooth Hawksbeard - confirmation or otherwise would be very much appreciated. Leaves below... 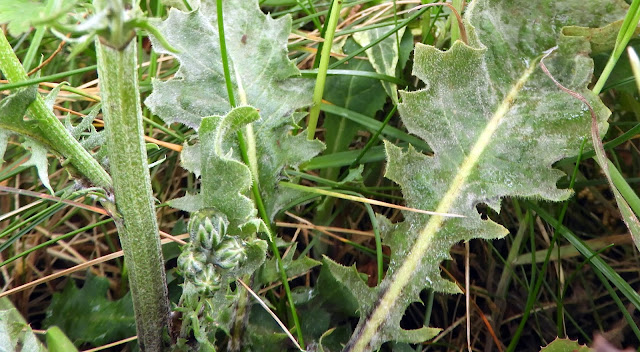 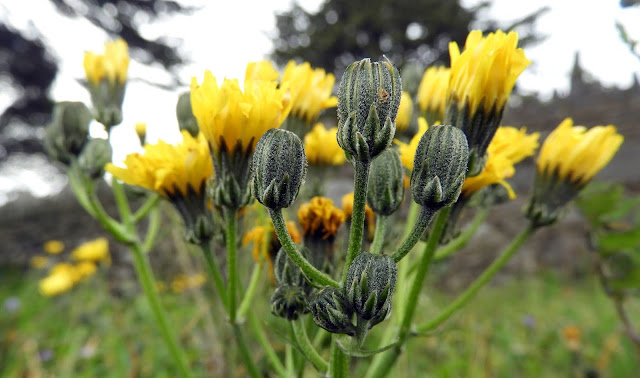 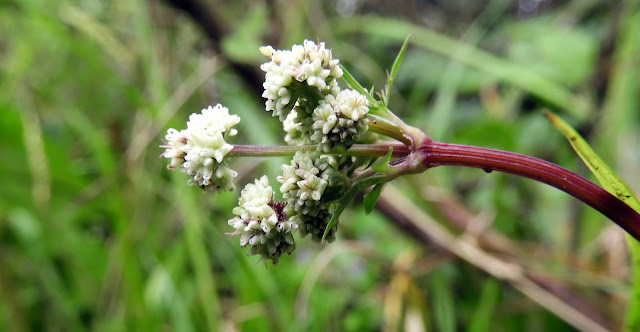 Sanicle - Veiges Plantation, Exmouth - yesterday afternoon, after work. A deliberate search for this species revealed a small number of plants alongside a footpath. 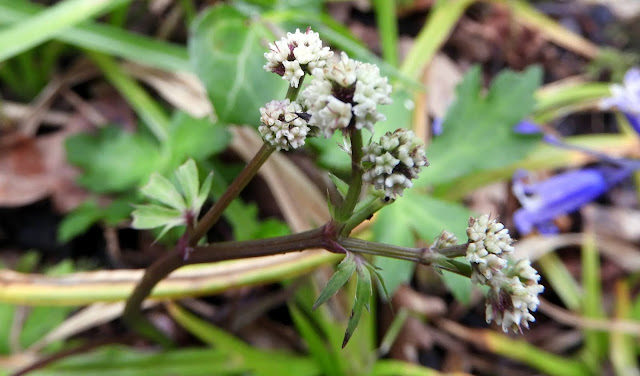 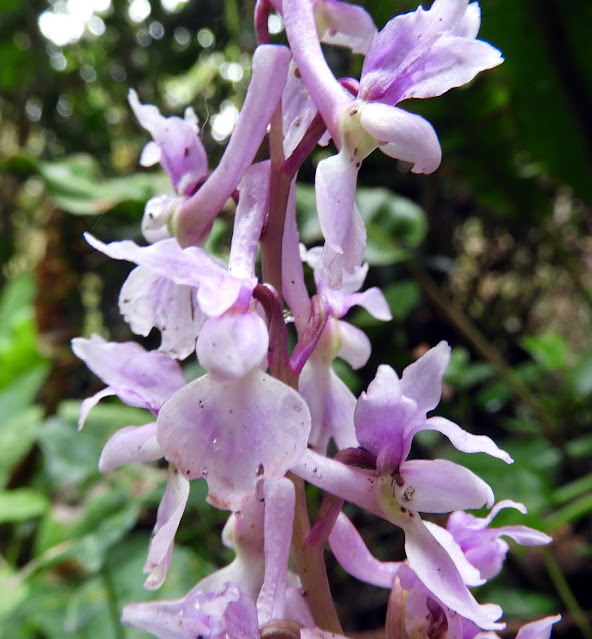 The palest Early Purple Orchid I could find. Roger and Liz counted 74 spikes in Veiges. 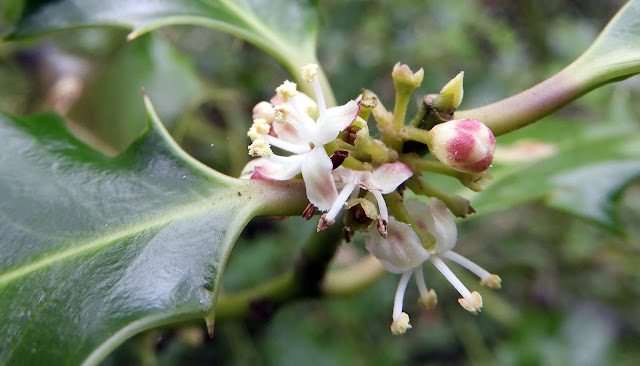 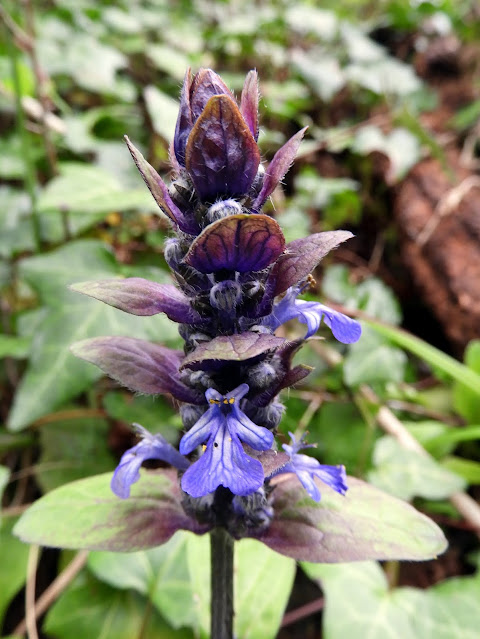 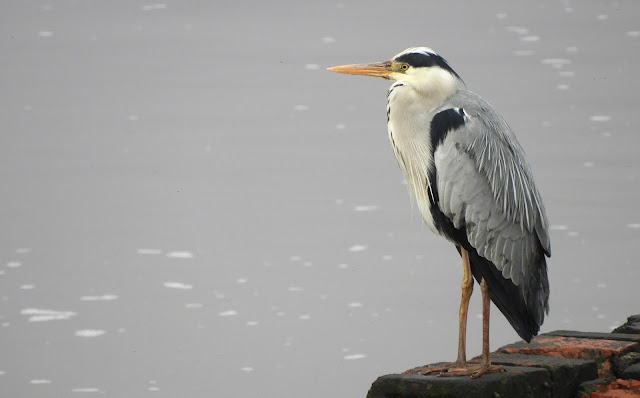