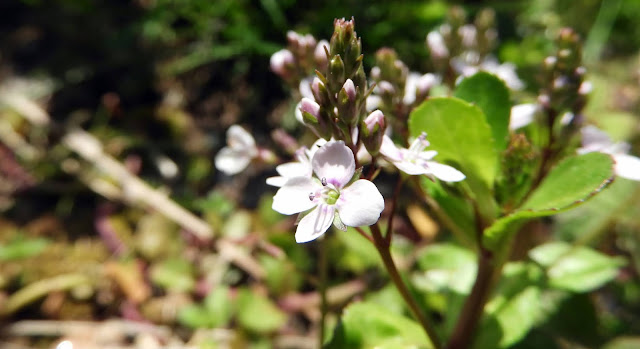 Pink Water-speedwell - lots of this growing around the dragonfly ponds, on Aylesbeare Common. Much of it on dry ground, away from the water's edge.
Singing male Cuckoos on both Aylesbeare and Woodbury Common in the last two days, have been the avian highlights. There have been many more plant highlights. Today Lu and I had a lovely day out, completing a loop that took in a trip to Dad's grave in Highweek, lunch in Totness and 'stop-offs' at Staverton and Trago Mills. A big thank you to Kev for Dusky Crane's-bill and Monk's-hood info, and to Dave for the Bastard Balm gen. 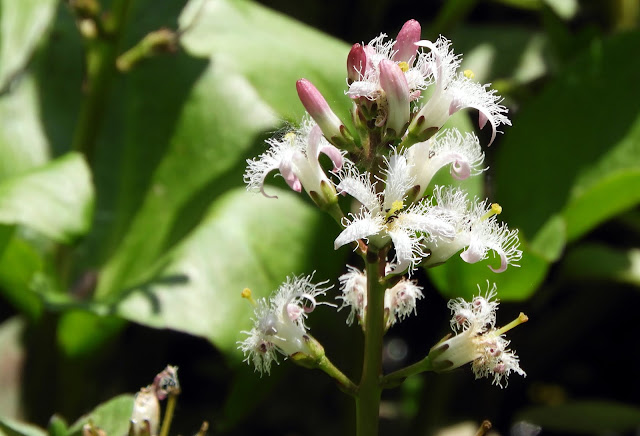 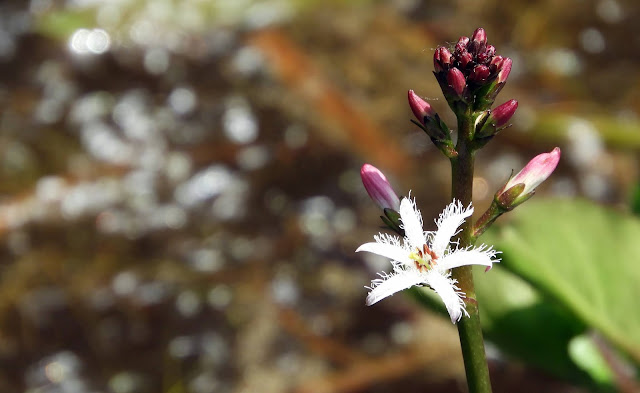 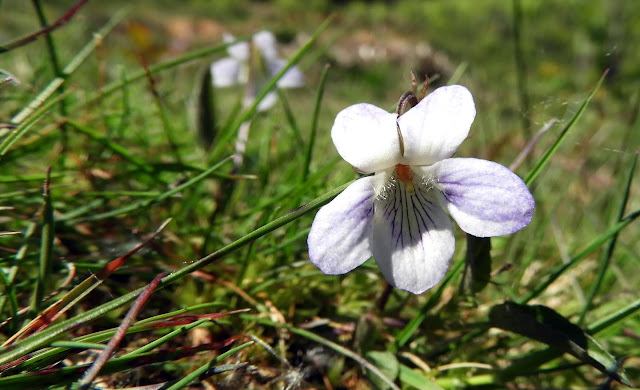 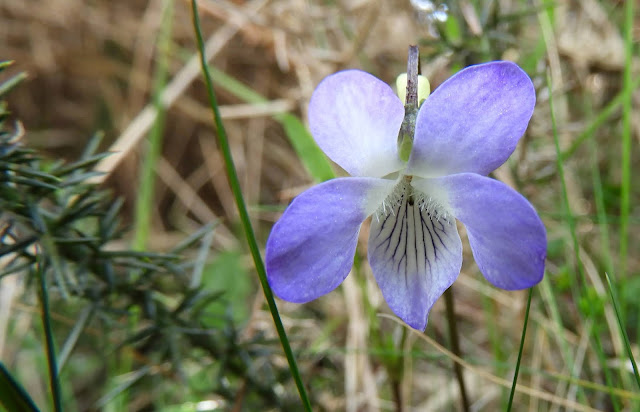 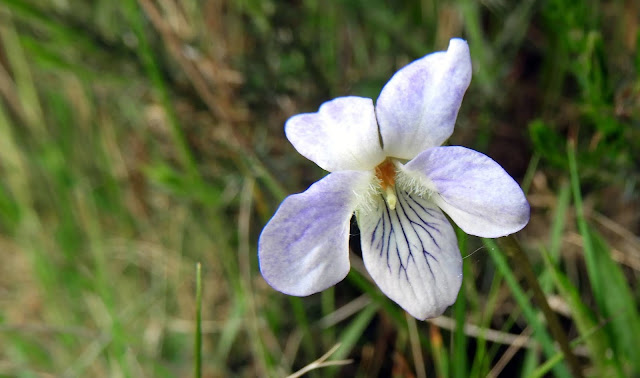 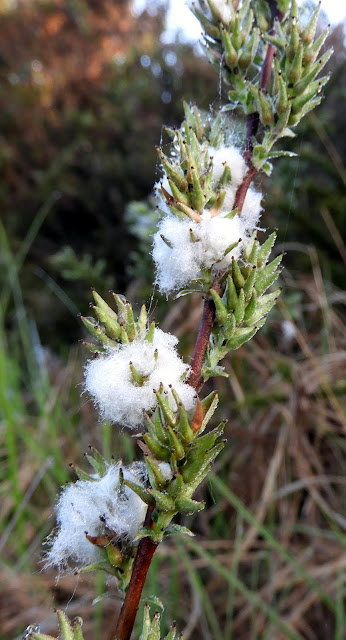 One of the 'low-to-the-ground' small willow species - Woodbury Common. 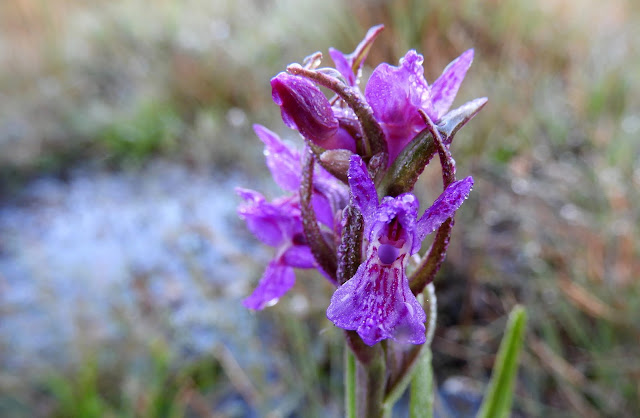 Lots of Southern Marsh Orchids out on Colaton Raleigh Common. I gently squeezed the stems of several, in the vain hope they'd be hollow, but none were so not Early Marsh Orchid - hope I'm right in thinking that... 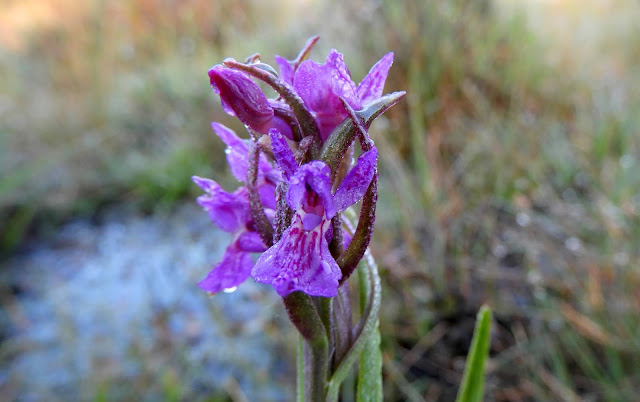 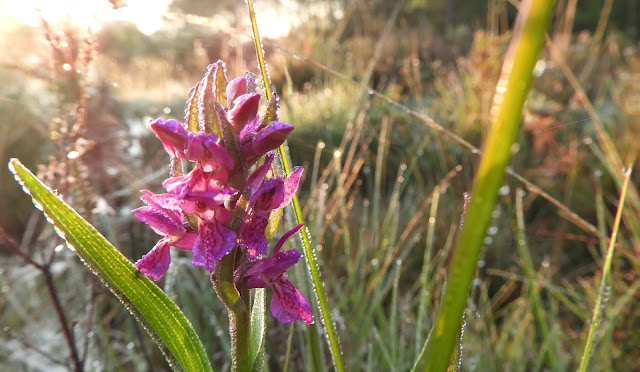 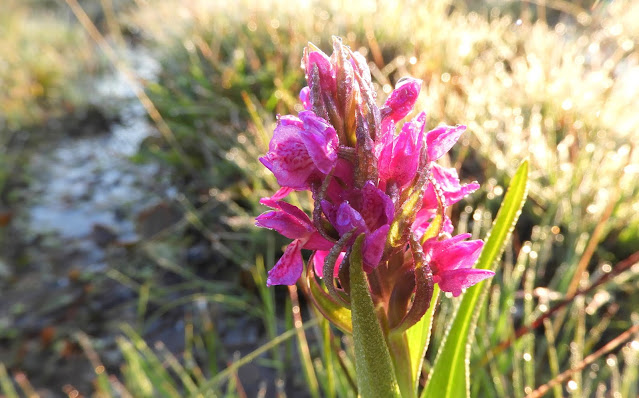 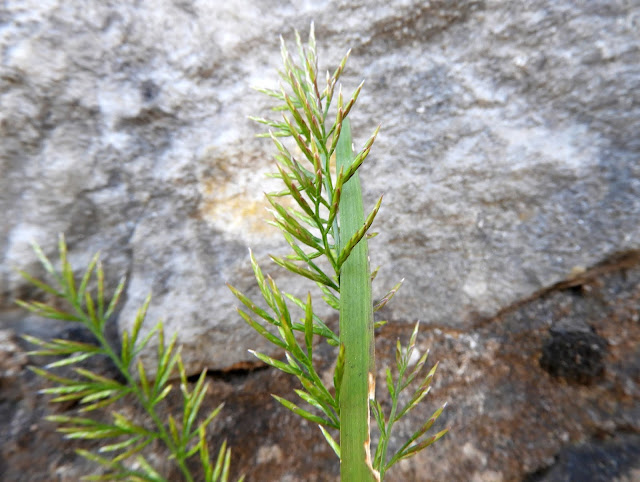 Think this is Fern Grass. 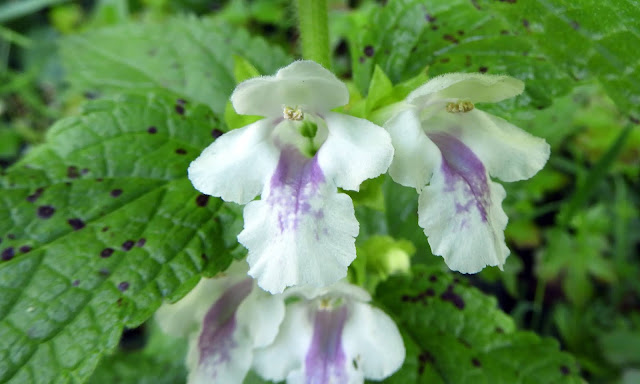 Bastard Balm - Chudleigh. I've got Dave Smallshire to thank for this. What a flower! 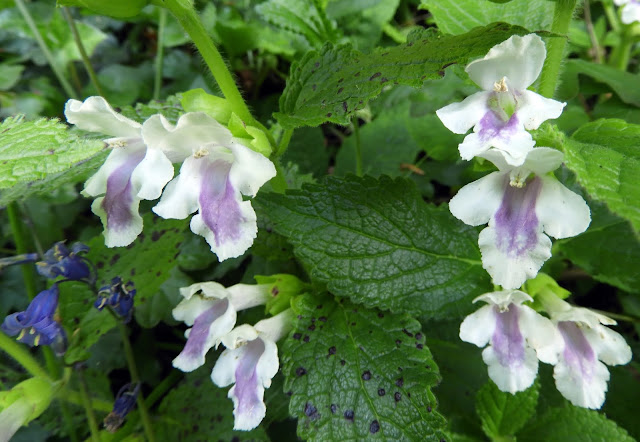 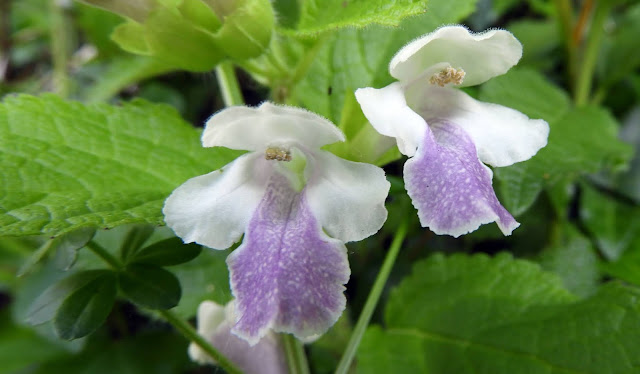 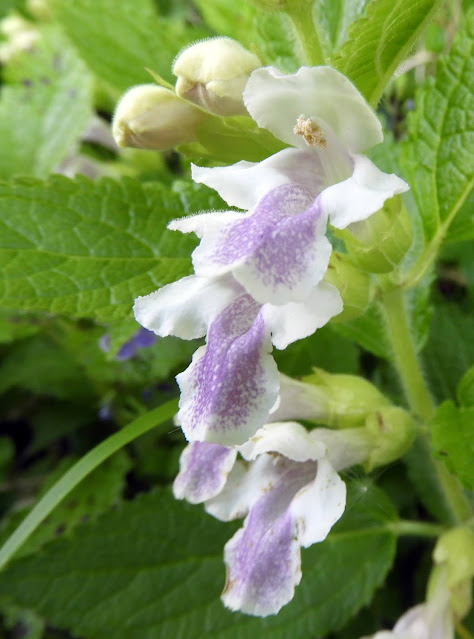 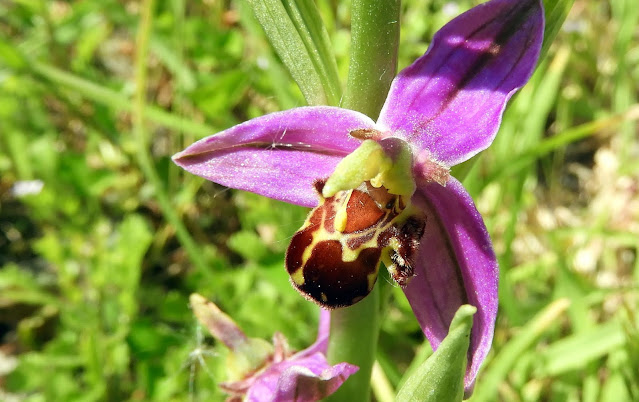 As we were driving past Trago, we popped in to look at the impressive display of hundreds of Bee Orchid - a remarkable sight. 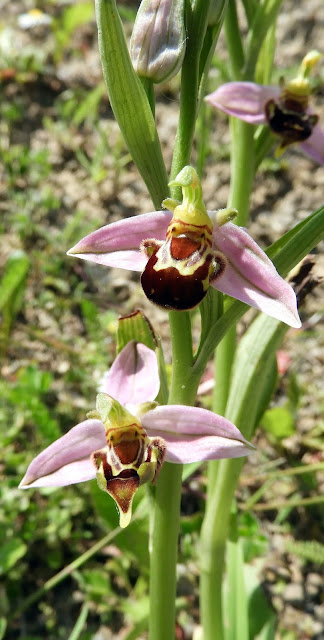 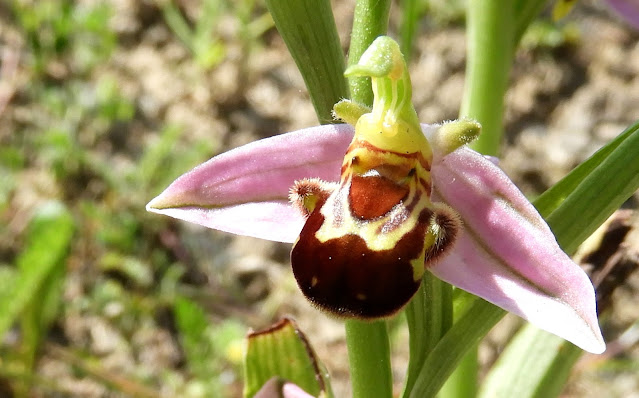 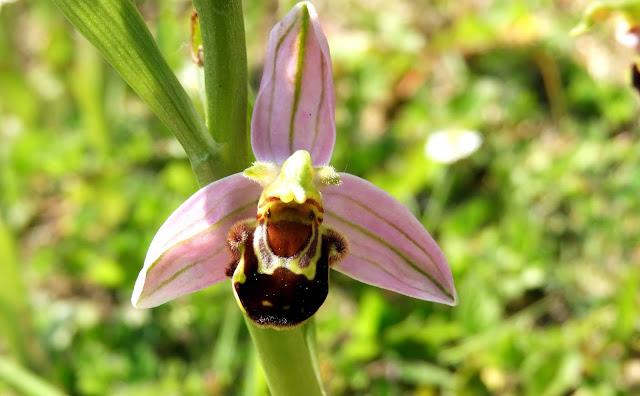 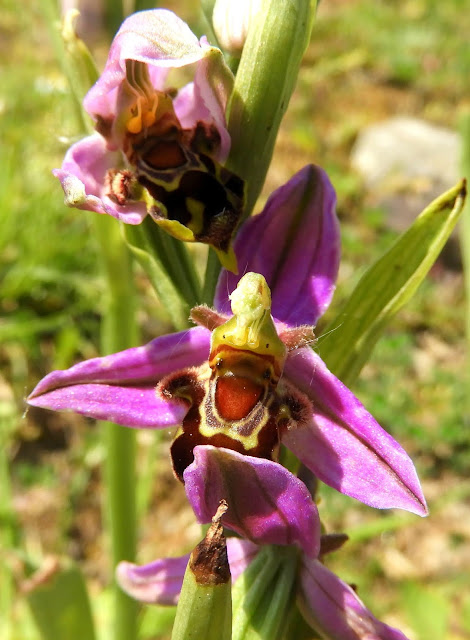 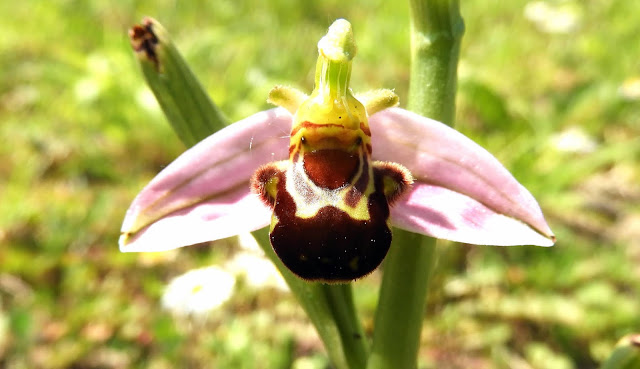 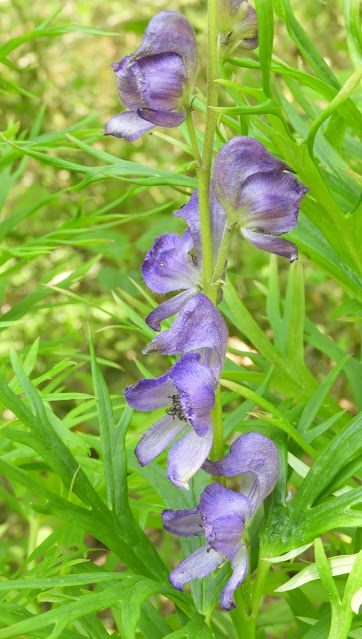 Monk's-hood - also known as Wolf's -bane. This is apparently a highly poisonous plant, containing aconitine - a lethal neurotoxin and cardiotoxin. I was careful not to touch it, although I believe the toxins are mainly concentrated in the root system. Kev put me on to this - growing alongside a stream on the outskirts of Staverton - an area where I believe it's more likely to be 'wild' rather than a garden escape. Cheers Kev! 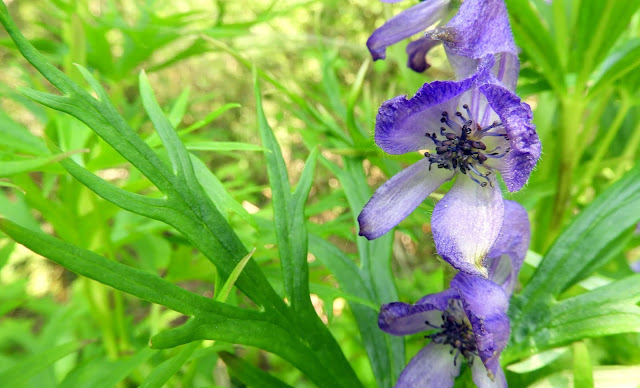 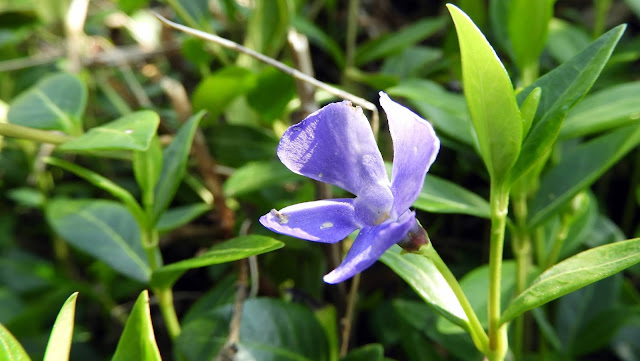 Lesser Periwinkle - growing in huge swathes along the lane. 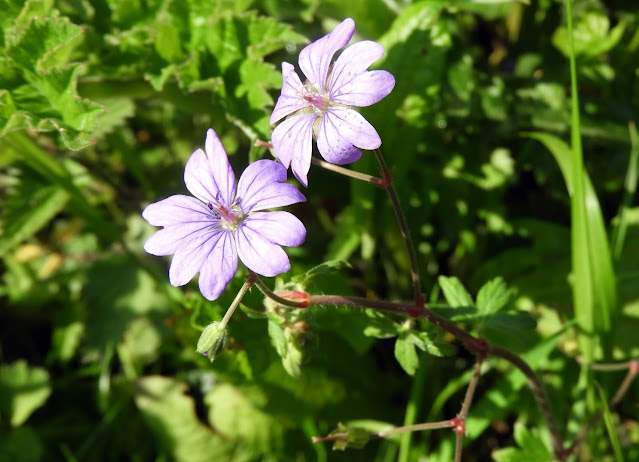 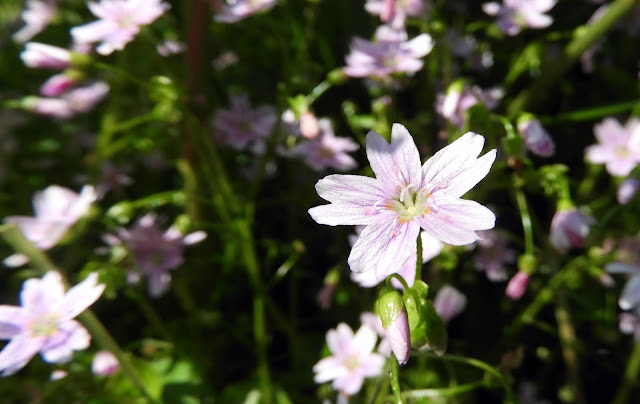 Pink Purslane - lots of this in clumps along the lane. 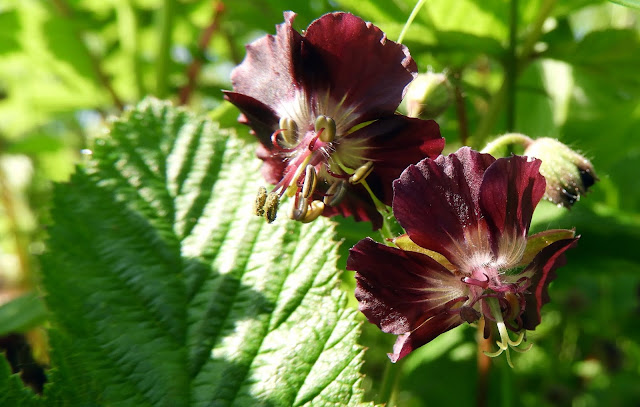 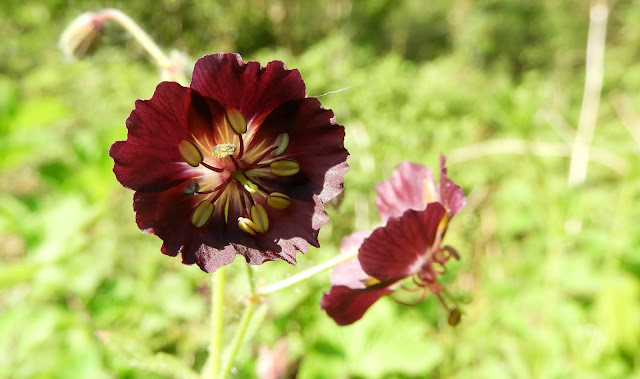