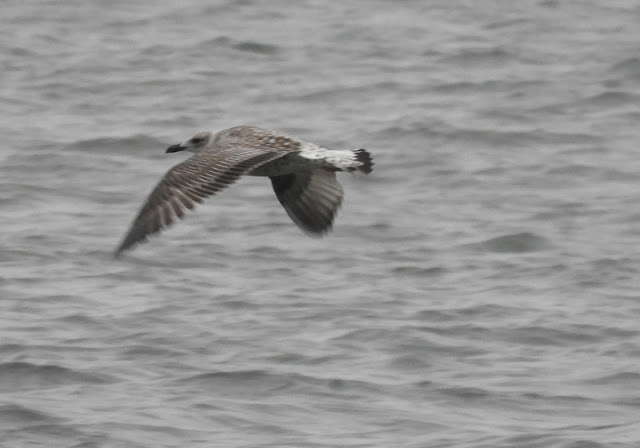 It's been a dreadful summer for Yellow-legged Gulls in Exmouth (this is only my third) so I was kind of relieved to get this morning's bird, despite the horrible conditions for photography. It was feeding with a number of other gulls off the lifeboat station. Also present - 4 juvenile Mediterranean Gulls and an Arctic Skua chasing Kittiwakes a  bit further out. 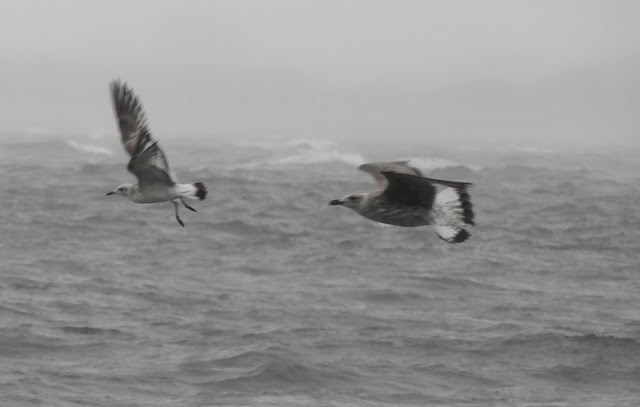 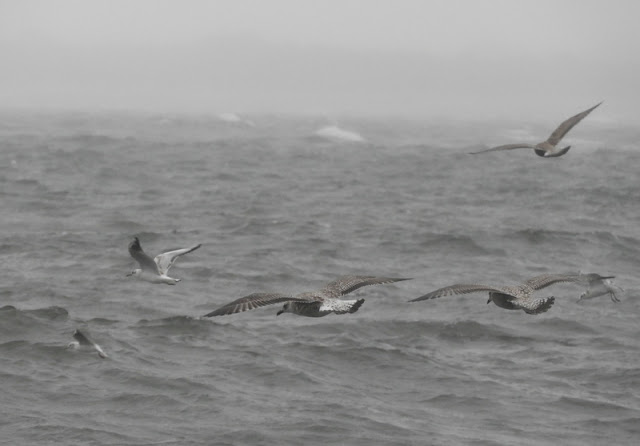 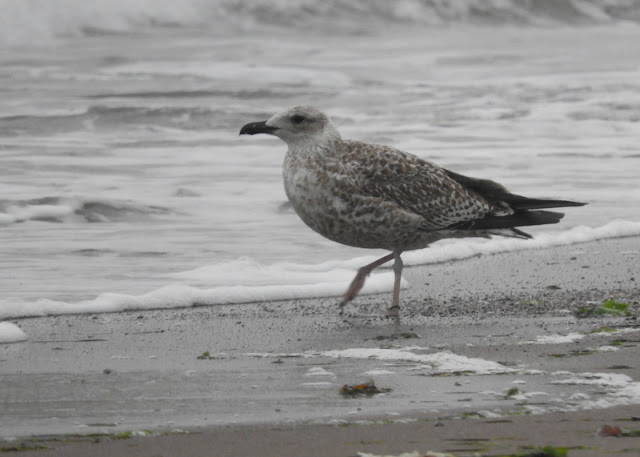 Most scapulars are now barred, first-winter types so perhaps this individual is more appropriately described as first-winter rather than juvenile. 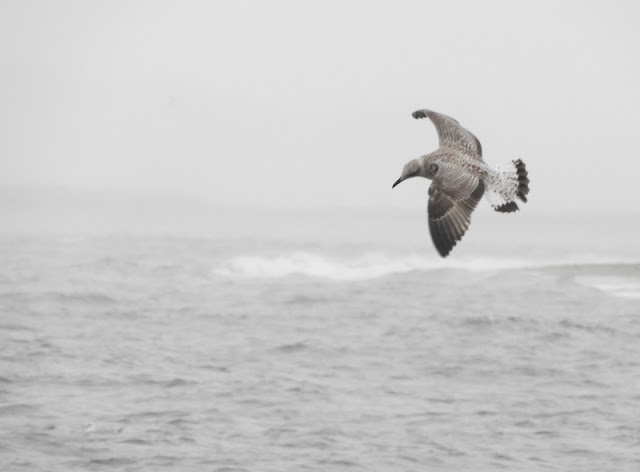 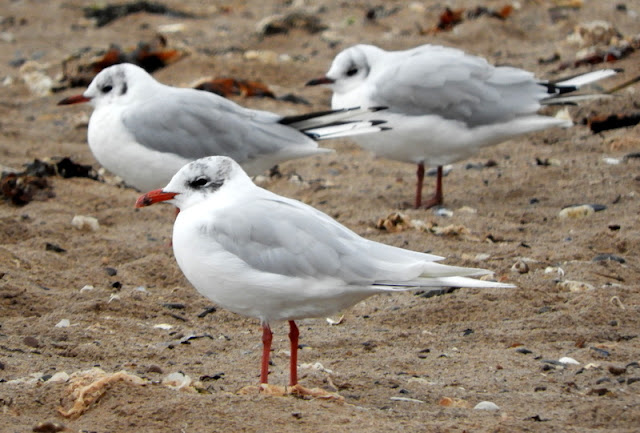 As well as the four juveniles, two adult Mediterranean Gulls were on the beach too. 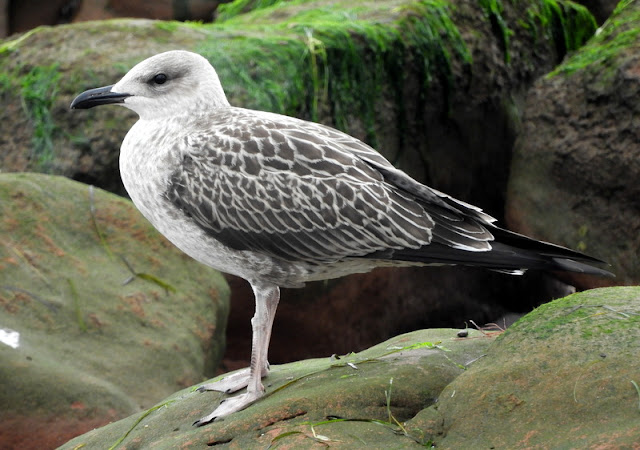 This rather beautiful juvenile Lesser Black-backed Gull posed too nicely for me not to photograph it!
Posted by matt knott at 05:00