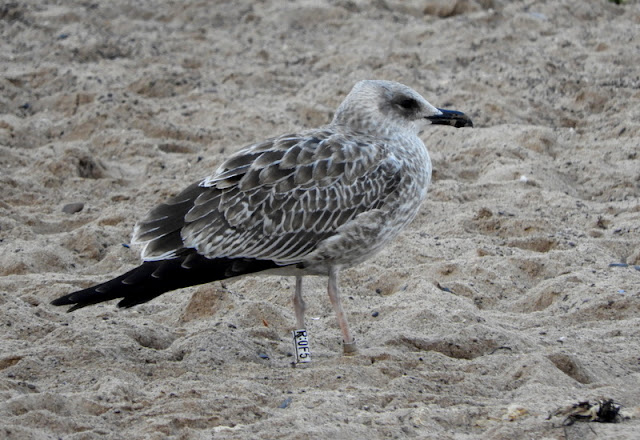 Think this juvenile Yellow-legged Gull was ringed in the Charente Maritime Department, France - awaiting further details. White ring - left tarsus - R:0F5. It was on Exmouth beach, close to the lifeboat station shortly after 6am this morning. I had a Spanish, green-ringed bird a few years ago but didn't manage to get a read on that one. Offshore -  3 Arctic Skua pack-hunting Kittiwakes, a juvenile Arctic Tern in with a dozen or so Sandwich Terns, 1 Sanderling and at least four Mediterranean Gulls. 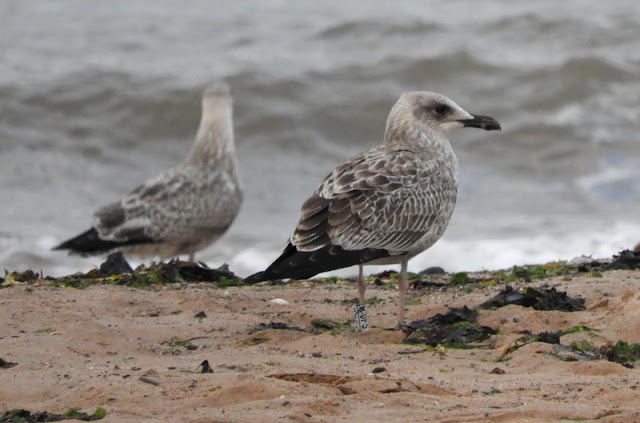 Edit - Thanks to Julien Gernigon for his speedy reply - it seems this bird was ringed (presumably as a pullus, when its identity was apparently 'indeterminate') at Les Portes-en-Ré on the Atlantic coast of France on June 11th 2019. It was noted on the 18/6, 27/6 and 4/7 at Les Portes-en-Ré..
Posted by matt knott at 23:41