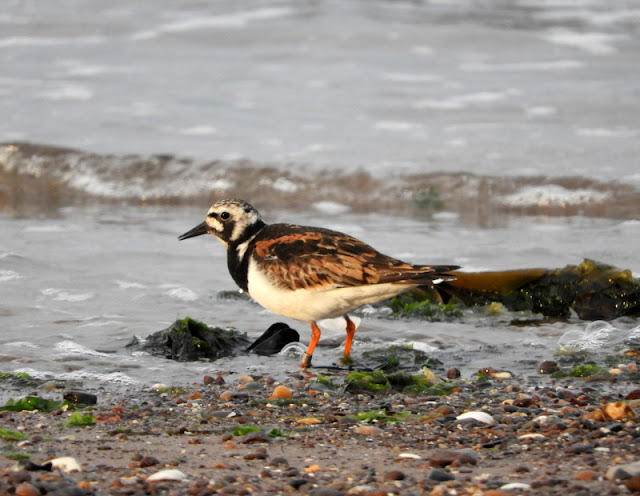 Turnstone - a lone bird on the beach by Maer Rocks, bearing a metal ring on its left leg.
A quick look off Maer Rocks this morning, after doing the moth trap, produced 9 Common Scoter, 1 Turnstone, 3+ Common Tern, a juvenile Mediterranean Gull and a flock of six Ring-necked Parakeets which looped out from Foxholes, over the lifeboat station and towards Maer Valley.
The Mallard flock, which now consists of 57 birds, was joined by a Goosander off Mudbank, and off the Imperial I recorded 3 Dunlin, 1 Turnstone, 3 Common Tern and at least 2 Mediterranean Gulls. The mixed flock of Black-headed Gulls and Herring Gulls on the river at high tide must have numbered at least 2000 birds, but that's a very, very rough estimate 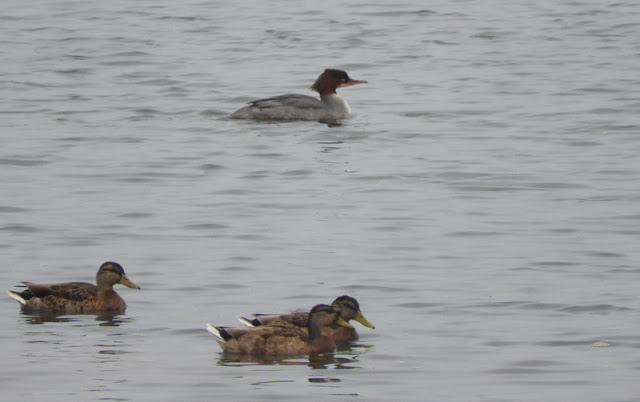 Goosander - an infrequently encountered species in Exmouth, although statistically there is more chance seeing them in the summer than winter. Having said that, my last one was on 20/2 earlier this year. 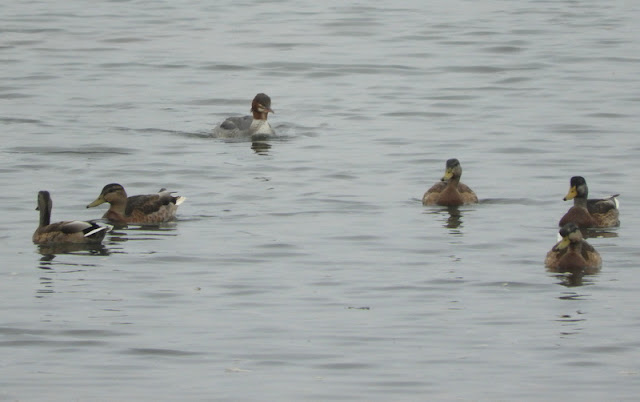 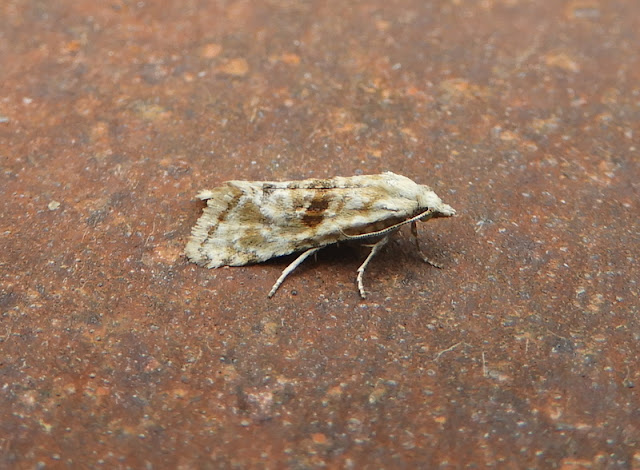 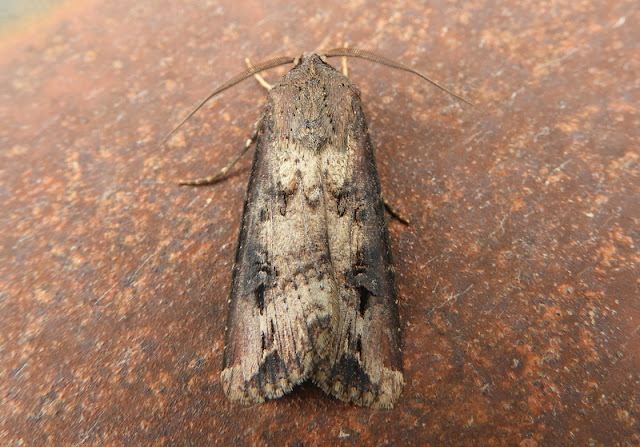 Dark Sword-grass - other immigrants in the trap this morning included 10 Silver Y, 10 Rusty Dot Pearl and one or two Diamond-backs. 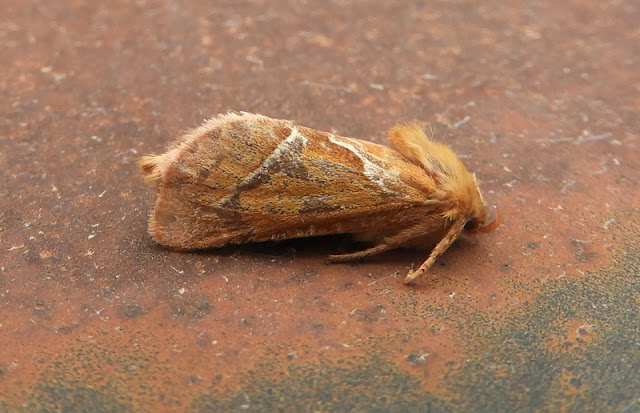 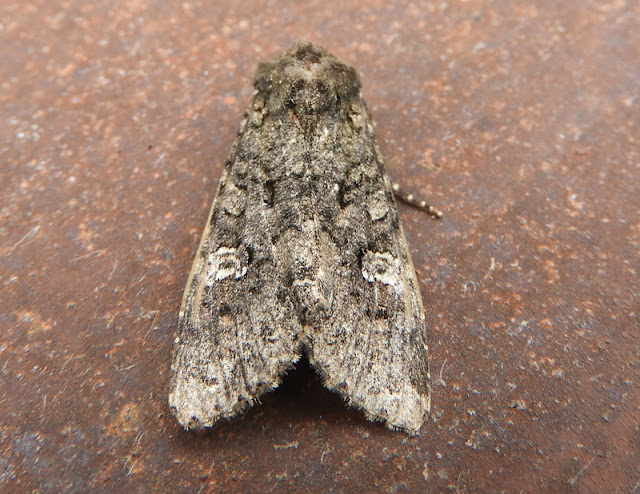 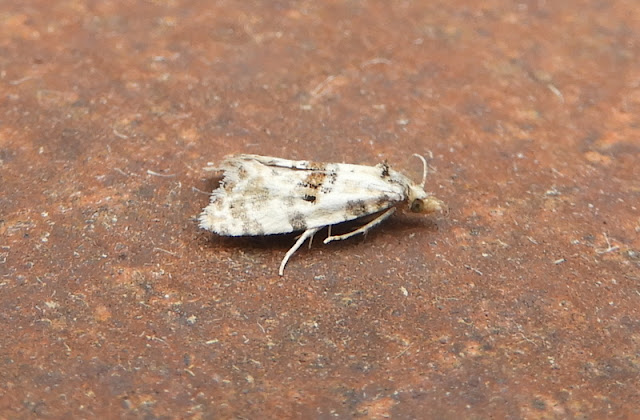 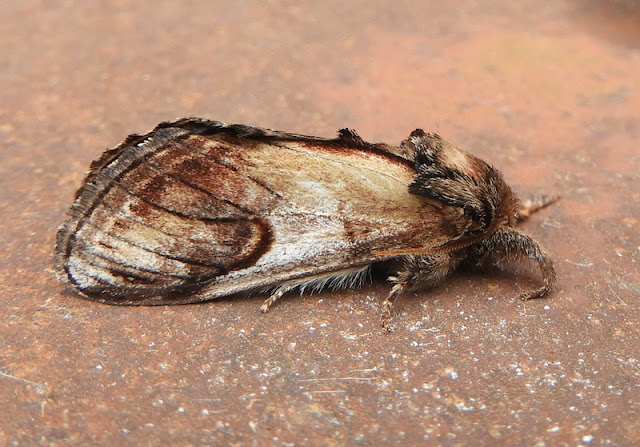 Pebble Prominent - don't see this one too often.
Posted by matt knott at 08:21