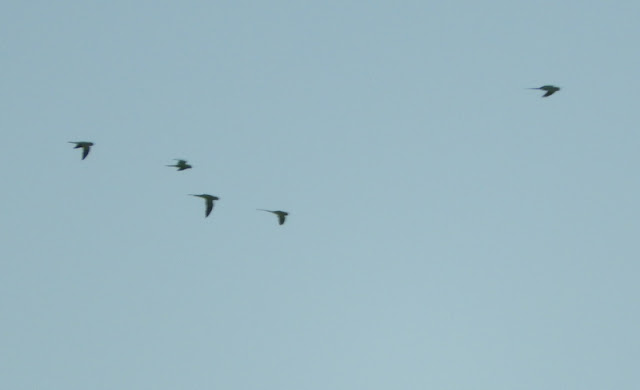 Five Ring-necked Parakeets doing high altitude laps of Orcombe Point. A little later four more, or perhaps more likely four of the same, followed suit. No migrants noted unless you include a single Vestal in the same place as yesterday.
Derek and I had a look off Shelly Beach early this morning but tern numbers (and gull numbers) seemed lower than yesterday. Highlight was an adult and juvenile Little Tern on Bull Hill. Otherwise just 6 Dunlin, 135+ Sandwich Tern and 17+ Common Tern made it into the notebook.
Off Mudbank - 73 Mallard, 31 Whimbrel and 1 Common Sandpiper.
Posted by matt knott at 08:59