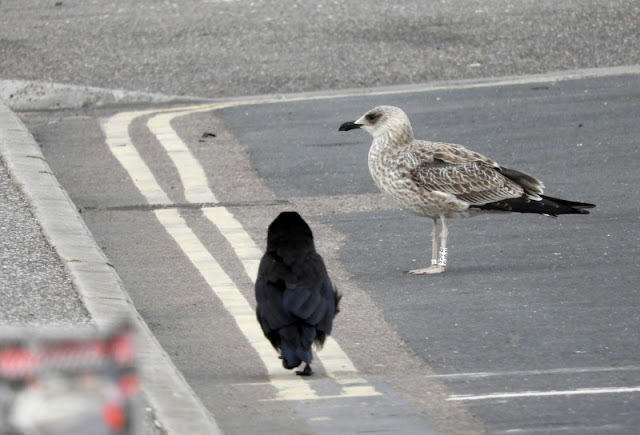 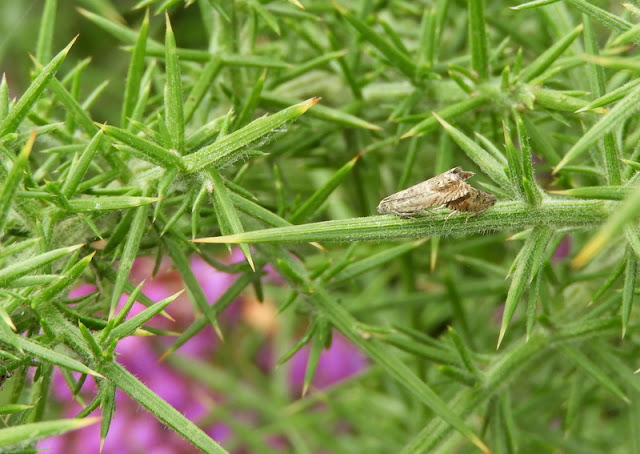 High numbers of Grey Gorse Piercer Cydia ulicetana on yesterday's dog walk around Bicton Common. Really hard to photograph though as they tend to only land briefly and then shift position. 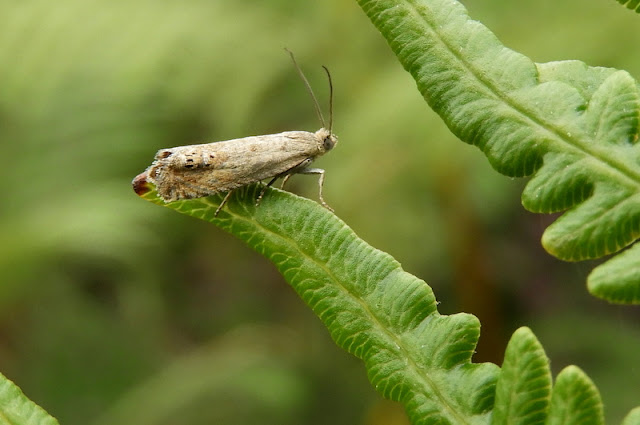 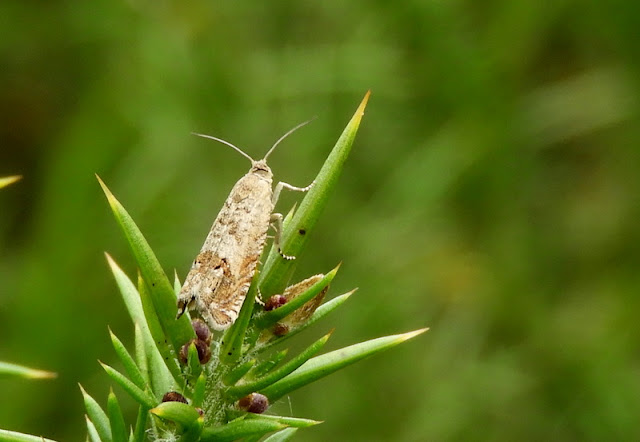 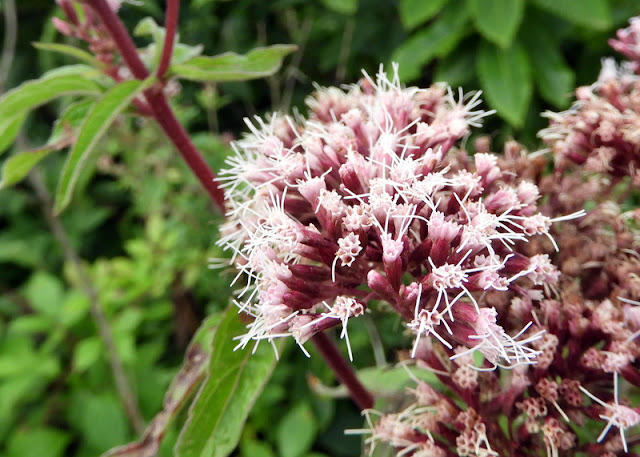 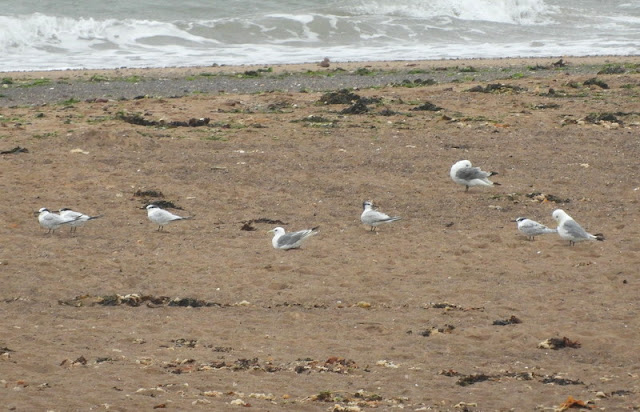 It's unusual to get Sandwich Terns and Kittiwakes resting on Exmouth beach. The weather has to be bad enough to put people off. 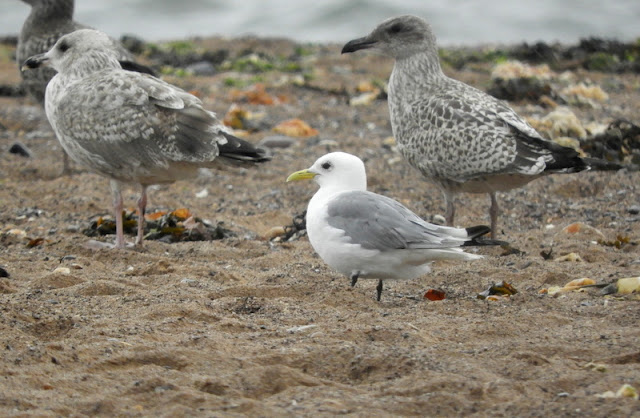