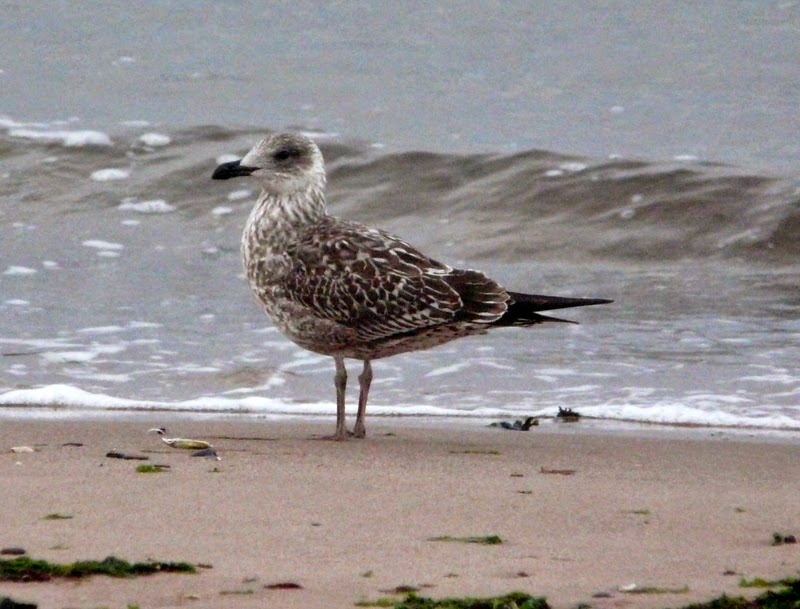 Usual routine today. I started off with a quick look off Maer Rocks, then did a speedy lap of Orcombe Point and finished with a lightening look off Mudbank, all before breakfast. I also had another late afternoon scan off Mudbank as the tide was coming in. Maer Rocks produced the second-winter little gull, 1 yellow wagtail, just 5+ common tern and 2 mediterranean gull. On Orcombe there was 16+ yellow wagtail (including a flock of 15 north), 3+ tree pipit, 7 whitethroat, 1 grey wagtail, 1 wheatear, 1 willow warbler, 1 chiffchaff, 2 swallow, 4 phyllosc sp, 2 hirundine sp and 1 alba wagtail.
Mudbank was the best spot today with 1 male gadwall (my first of the autumn), 5 wigeon, 140+ mallard, 7 great crested grebe, 40+ little egret, 2+ yellow wagtail, 1+ ringed plover, 6+ mediterranean gull, 2+ whimbrel, 1 redshank, 1 common tern, 1 juv yellow-legged gull, 1 snipe, and 2 stint sp.
The stints were present this morning with a single snipe, too far out on the mud to do anything with. I was surprised to find both still present, in the same spot,  this afternoon but they were too distant and in harsh light. Both disappeared before I could positively identify them but I've no reason to believe they were anything other than littles. 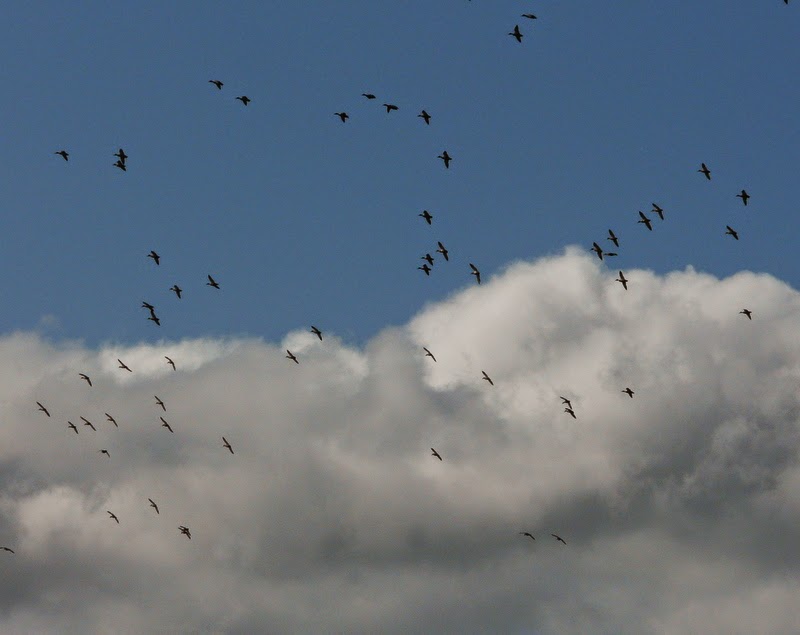 Part of the 140+ Mallard flock. The build up of Mallard each summer happens annually and as autumn approaches other species consort with them. I always check the flock and today the reward was 5 Wigeon and a fine drake Gadwall - a good species for Exmouth. 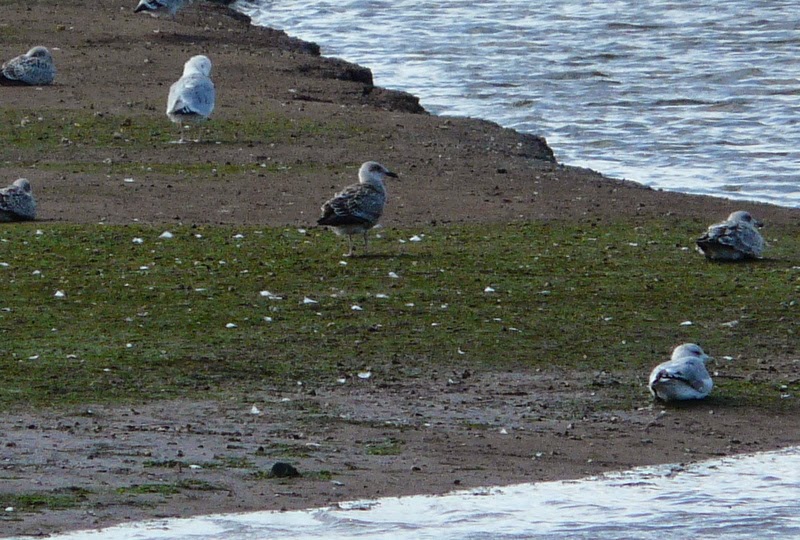 Juvenile Yellow-legged Gull - since the nice run of Yellow-legs a month ago I've been searching for more but to no avail, so I was chuffed to find this bird this afternoon. I was hoping for a better photo but the light was bad and this bird made a premature exit as the rest of the gulls were pushed closer by the rising tide.
Posted by matt knott at 10:13