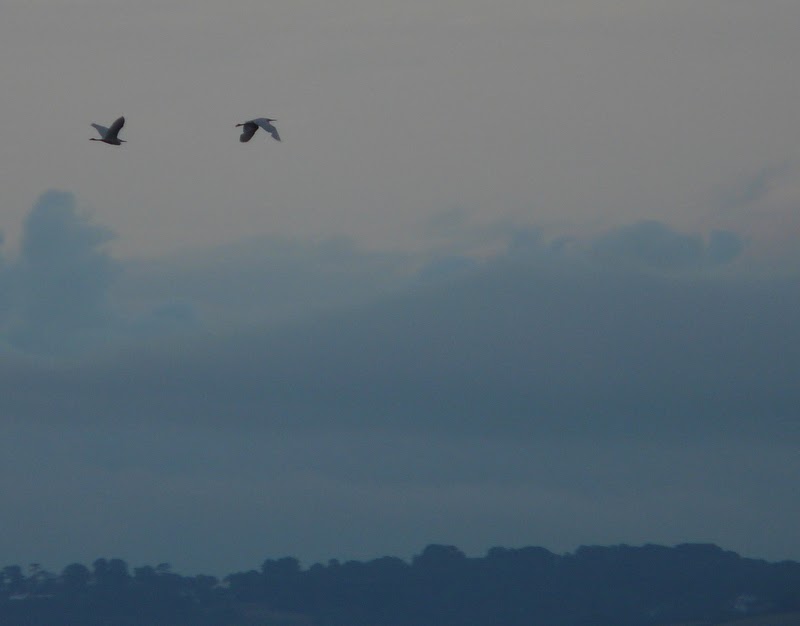 Two little egret head towards the river early this morning. A third landed on Maer Rocks and fed until the rising tide pushed it off.

After the excitement of the last week or so I guess it was inevitable that the birding would take a turn for the worse. It seems to have gone very quiet at the moment. The number and variety of birds off the seafront has dwindled though there are still plenty of terns around. A short watch off Maer Rocks from 0630 this morning produced 3 little egret, 1 great northern diver, 1 whimbrel, 1 turnstone, 16+ 'commic' tern (probably commons) and just 1 juvenile mediterranean gull. Off the Quay there were c180+ sandwich tern resting on a sand bank with c5+ 'commic' terns, again probably commons.
At Mudbank there was 6+ mediterranean gull, 140 mallard, 2 wigeon, 1 greenshank, 1 redshank, 1+ kingfisher and 1+ grey wagtail.
The only birds of note yesterday were 2 great skua off Orcombe point early in the morning. Below are a few photos taken over the last couple of days. 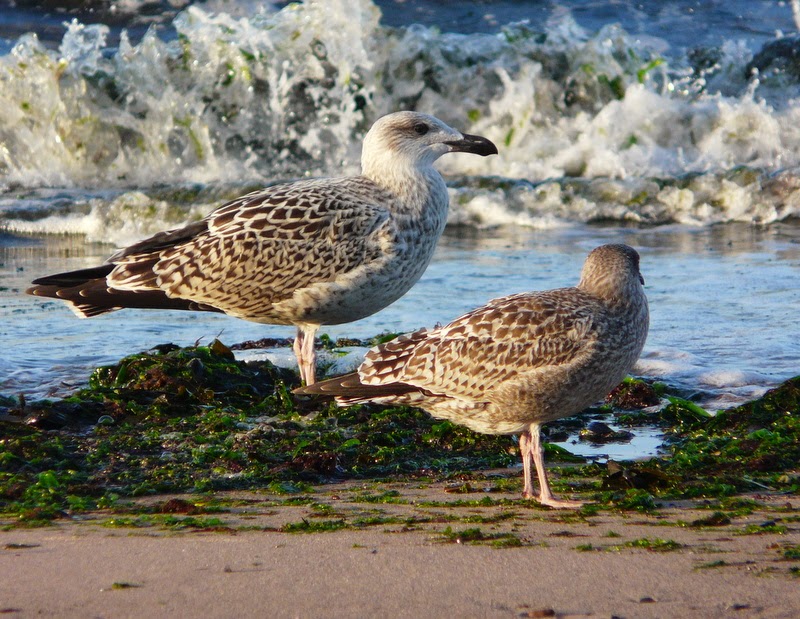 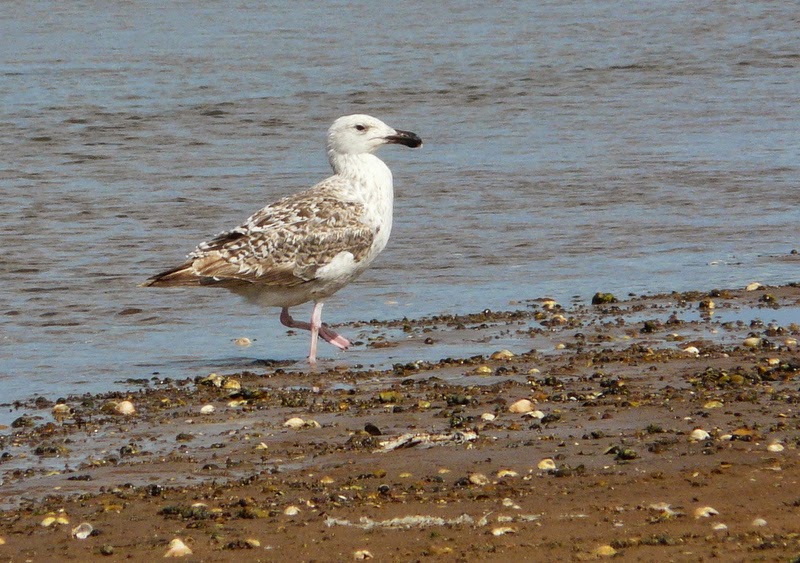 First-summer Great Black-backed Gull above and below in flight. 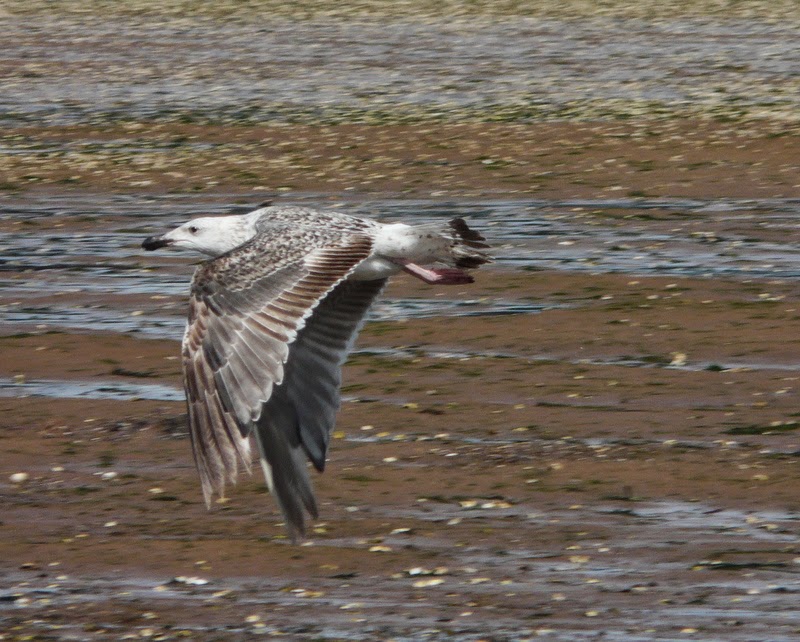 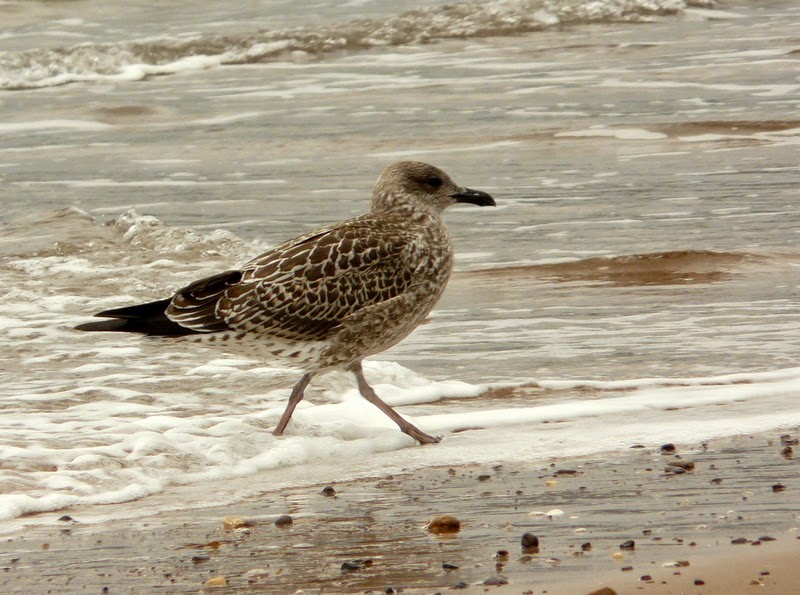 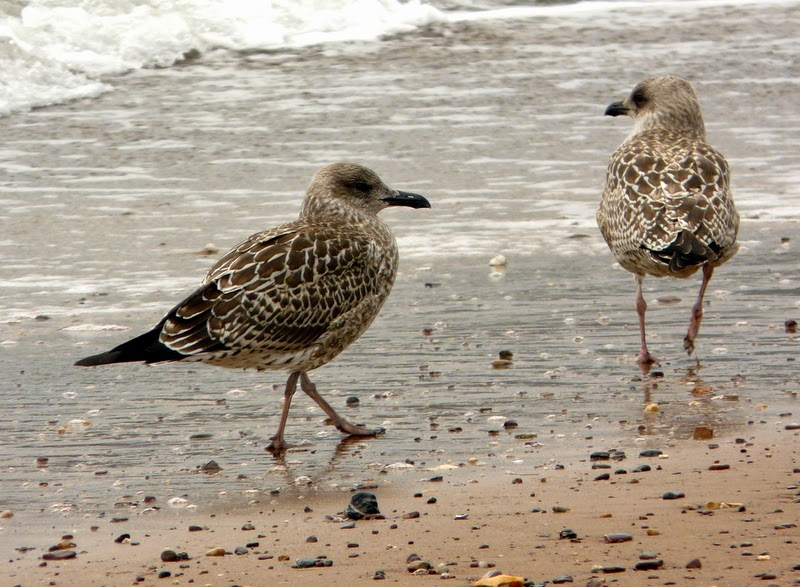 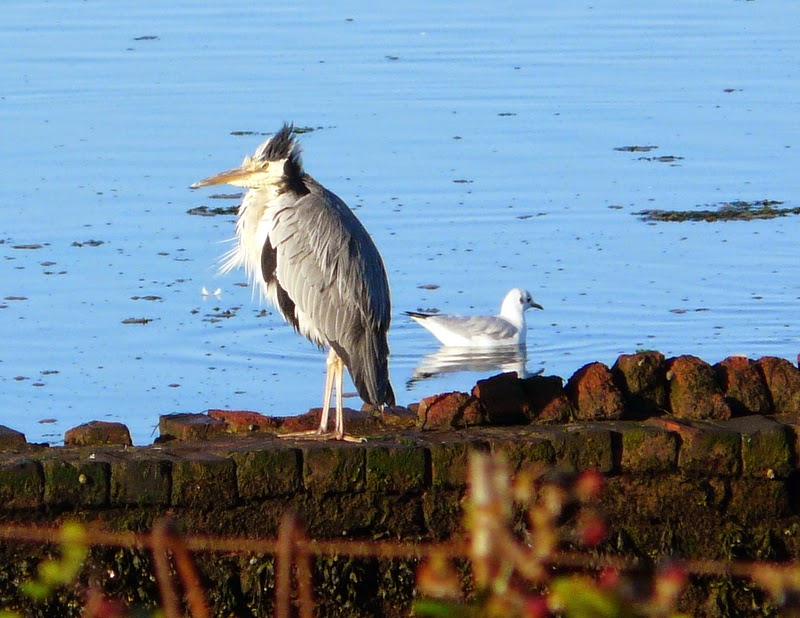 Grey Heron off Mudbank.
Posted by matt knott at 06:20