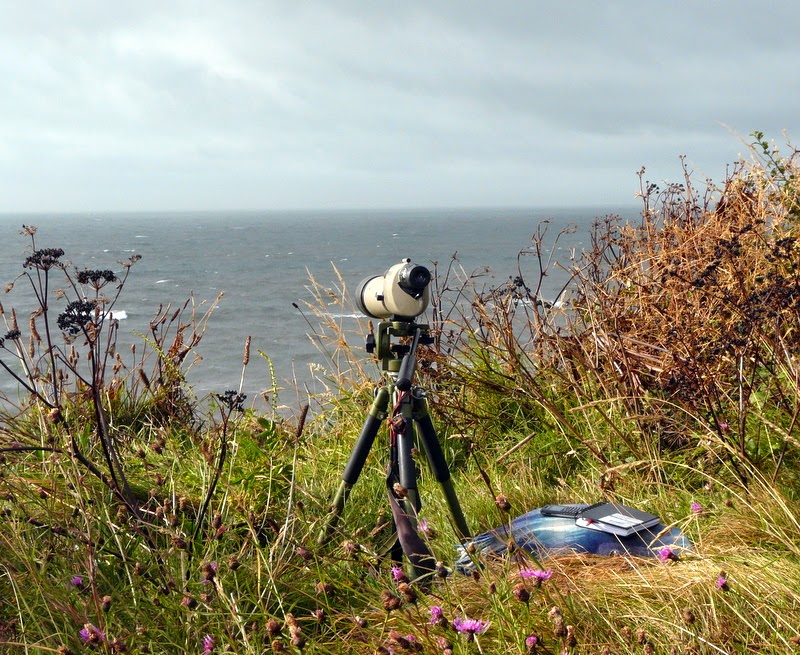 I was down at the raised beach huts for 0600 with a strong south-westerly already howling. Initial signs however weren't good. Heavy rain made the visibility dreadful and forced me to squeeze right in to a corner to stay dry. This meant I couldn't scan as much sea as usual. What's more, all I was seeing was gulls streaming towards me along the beach. There was virtually nothing further out apart from the odd kittiwake and they were all moving out of the bay, not being blown in as hoped.
After a while I decided it would be more profitable studying the gulls so I concentrated on them and even did a couple checks on the flock that was sheltering on the Maer cricket pitch.
At some point after 0700 I received a phone call that demanded a change in tactics. It was Lee Collins at the Warren and he was watching a great shearwater off the sea wall! I decided I needed to 'man up' and brave the elements on the exposed clifftop of Orcombe Point. I've often struggled with the lack of shelter up there and usually end up cowering in the lea of some bushes just a few yards up from the Geoneedle. Luck was on my side today though as by the time I got up there the rain had stopped and the bushes were offering more shelter than expected. The photo above shows the spot I'm talking about.
Almost the first birds I clapped eyes on were 2 arctic skuas just below me. Very shortly I was picking up small numbers of manx shearwater and they were heading west at a range I could cope with - 'middle distance' so perhaps up to half a mile out? Possibly further? I've never been good at judging distance! Anyway they were clearly manxies which gave me hope of being able to sort out something rarer among them. I started watching at 0730 and at 0804 I picked up a large shearwater heading lethargically west with a manx shearwater. As it approached a point pretty much straight out from me I was able to see the capped appearance and confirm it as a great. Getting anything else on it however was problematic. It appeared uniform grey-brown on the upper parts at that distance and try as I may I couldn't pick out the pale rump or darker markings on the underwing or belly. A few minutes later, at 0816, another bird appeared taking the same line. It again reached a point where I could quite easily see a nice clear cap but again I struggled with further plumage detail.
There wasn't a huge amount of other stuff moving and at 0850 I had to leave to take Joel to play a football match. This coincided with a deterioration in visibility as the sun actually came out! It also coincided with a switch in the wind to a more westerly direction. It looks like these two birds were picked up by Lee at the Warren and then by Mark at Hope's Nose. The timings seem to make sense. As far as I know three birds were then picked up past Berry Head.
So totals this morning from 0730 - 0850 - 3+ arctic skua, c60+ manx shearwater (kind of gave up counting after the great shears went through), 1 great skua, 3 fulmar, 2 great shearwater and 25 common scoter with a fair few gannets and kittiwakes. 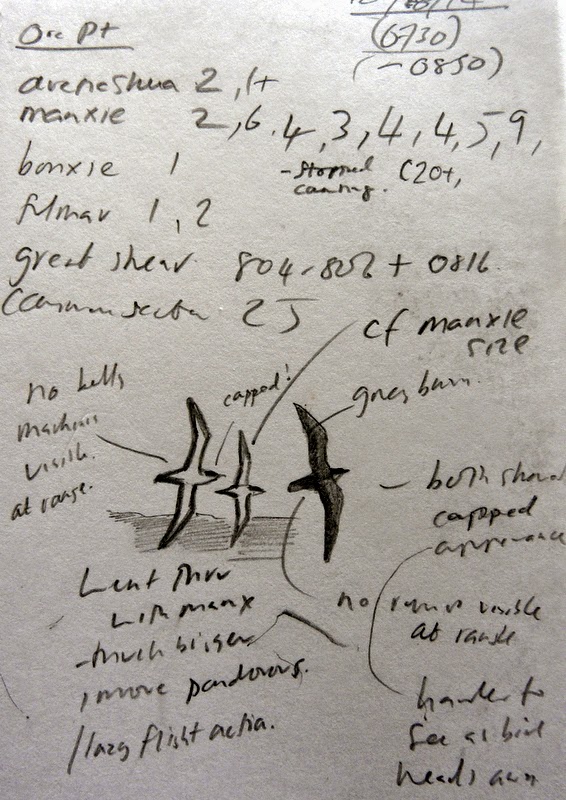 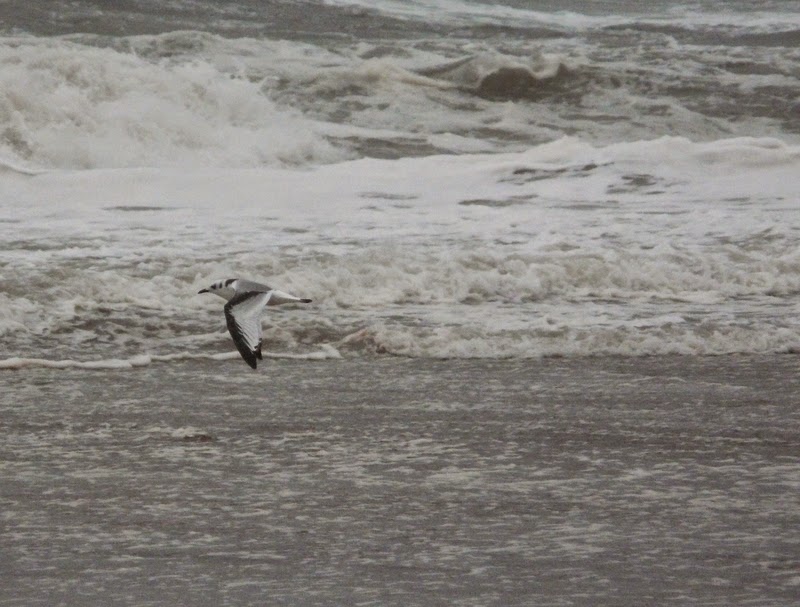