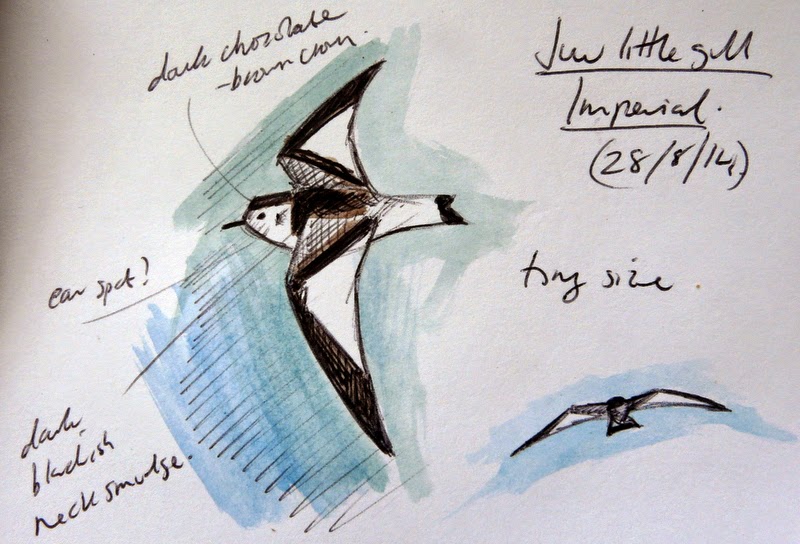 At dawn I had a look off Maer Rocks, but again it was quiet with just 19 common tern and 1 juv arctic tern west. With limited time I decided to have a look at the estuary from the Imperial Rugby ground. This proved to be quite interesting with good numbers of terns and a wider variety of waders than usual. The highlight though was a small, dark and rather beautiful juvenile little gull. This is a plumage I can't actually recall seeing too often before though I suppose it doesn't differ too greatly from a first-winter plumage. It was distant so the sketches are more an impression than anything else. The bird was still present mid-morning off Mudbank. Other birds seen included 190+ common tern, several sandwich tern, 2 ringed plover, 2 redshank, 4 turnstone, 1 bar-tailed godwit, 1 kingfisher, 1 grey wagtail, 4 little tern, 1 greenshank, 1 snipe, 1 black-tailed godwit, 2 wigeon, 4+ mediterranean gull and 4 great crested grebe. A little stint conveniently tagged on to 3 fly-by dunlin and showed enough of a rusty tinge to its otherwise dark plumage to convince me it was nothing rarer.
This afternoon I spent just over an hour scouring the dung field and surrounds and found 1 grasshopper warbler, 1 sedge warbler, 2+ whitethroat, 1 meadow pipit, 2+ wheatear and 20 yellow wagtails. 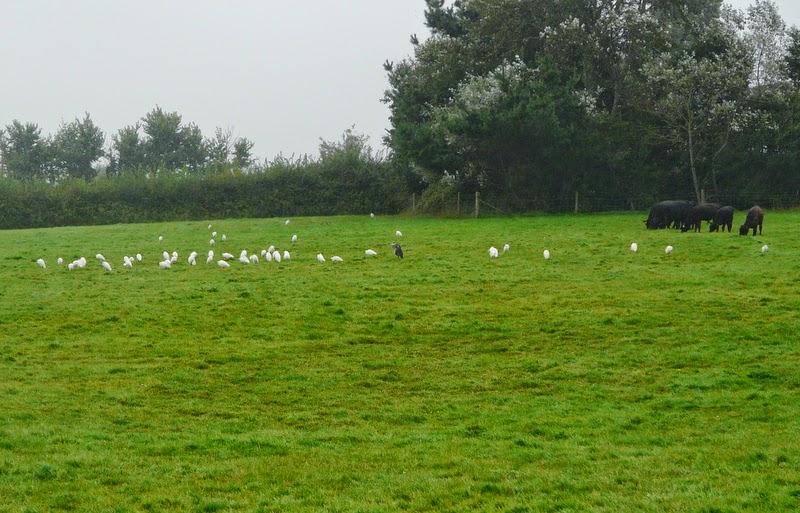 Part of a 55-strong flock of little egrets along the cycle track from Mudbank. Today they were joined by a grey heron. It feels like there should be a cattle egret in with them. 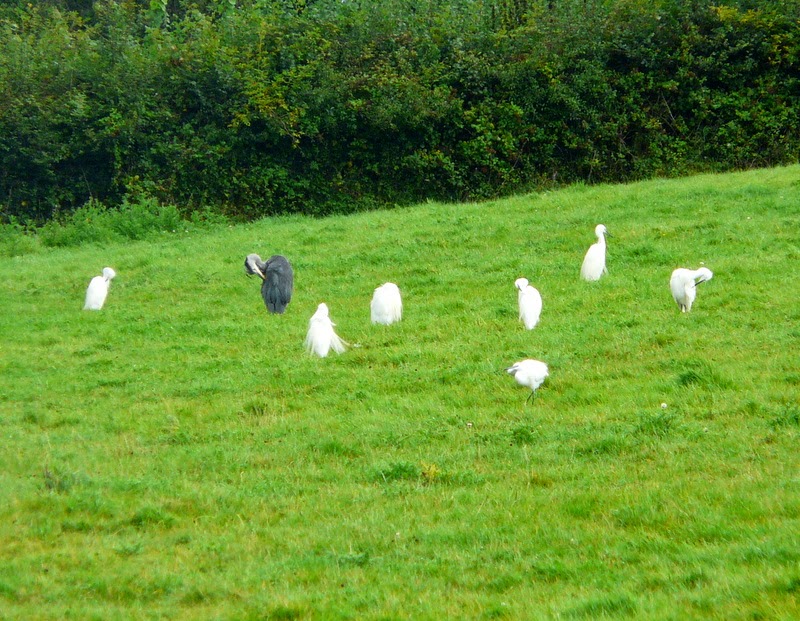 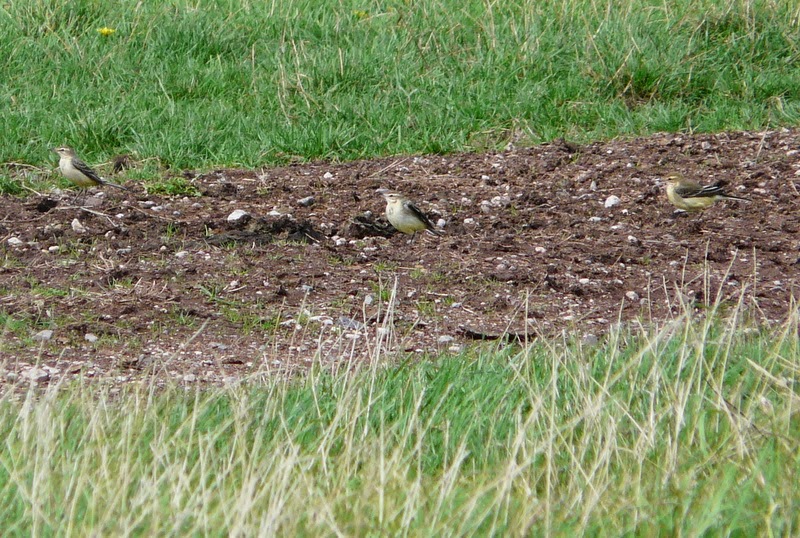 Juvenile yellow wagtails - just 3 of the 20 birds present. I couldn't get close, as you can see, but at least these birds showed on the track for a change. They're normally hidden in long grass around the cows' feet. 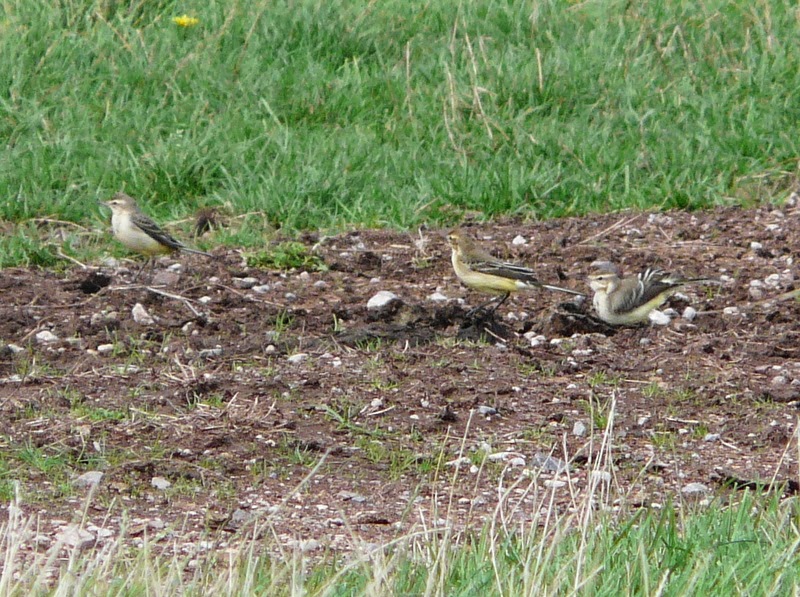 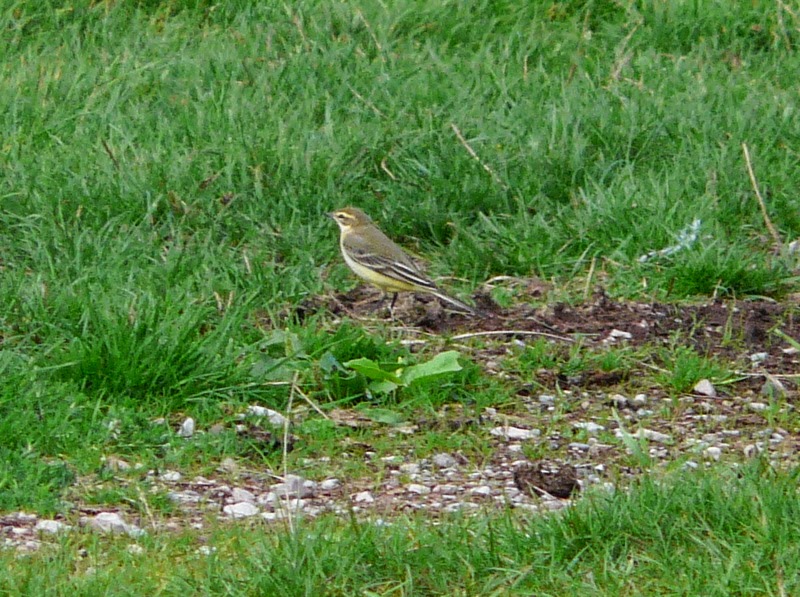