Ducks Up and Curlew Sand 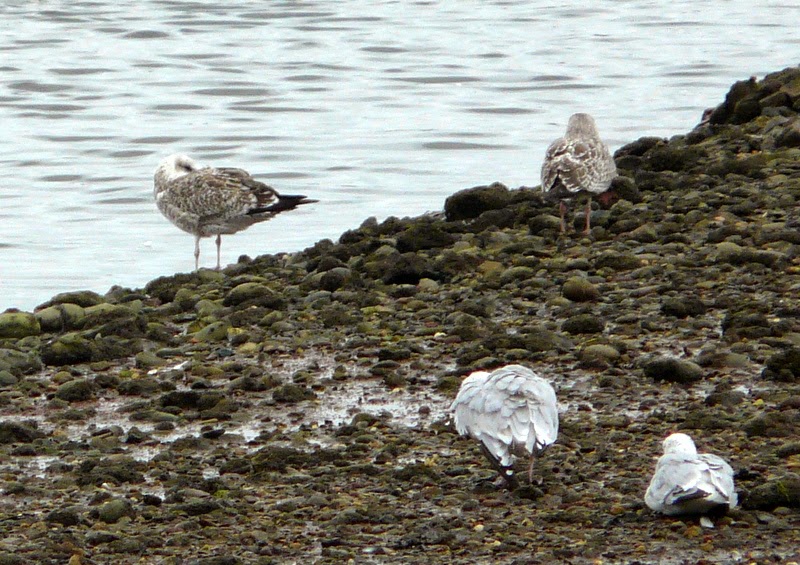 Less focus on terns today with c100+ common tern in the estuary, off the Imperial this morning. A good few sandwich tern and 1+ little tern were also seen. There was a significant increase in duck numbers though with 340+ mallard, 30 wigeon (7 have been knocking around for a while now) and 5 pintail off Mudbank. Other species seen off Mudbank/Imperial today included 1+ kingfisher, 1 yellow wagtail, 3+ mediterranean gull, 1 first-winter yellow-legged gull, 9 great crested grebe, 1 black-tailed godwit, 1 bar-tailed godwit, 7 whimbrel, 93+ great black-backed gull, 2 turnstone, 2+ dunlin and best of all 1 juvenile curlew sandpiper. Curlew Sands are pretty infrequent in Exmouth, even when good numbers are present at the Warren and/or Bowling Green. Although I couldn't possibly moan about the birding at Mudbank it does suffer from a lack of waders relative to the aforementioned sites. As with the majority of waders at Mudbank, it touched down only briefly and then shot off across the estuary to a more favorable feeding venue.
A very quick Orcombe visit in less than ideal conditions produced just 3+ yellow wagtail, 1 grey wagtail, 1 chiffchaff, 2 phyllosc sp, 1 whitethroat, 1 sedge warbler (probably yesterday's bird), 1+ swift, c30+ hirundine sp and 1 blackcap. 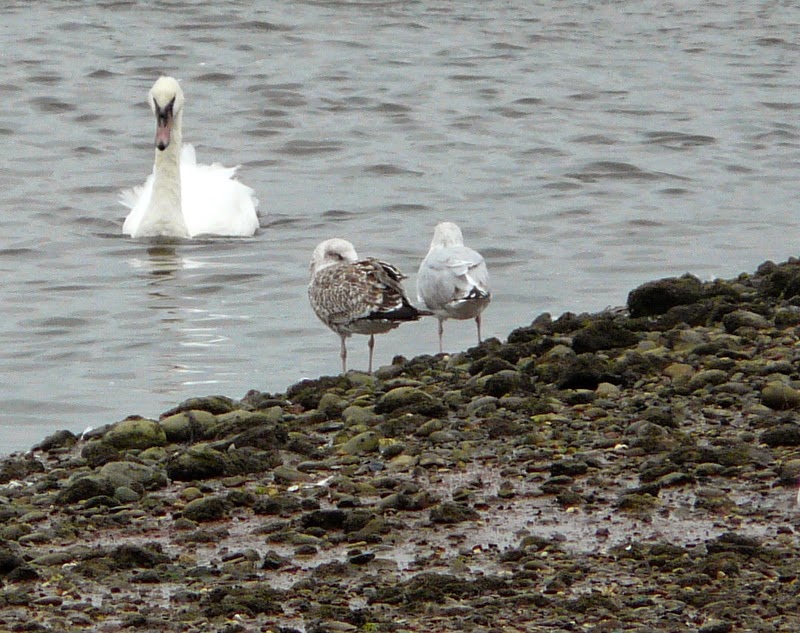 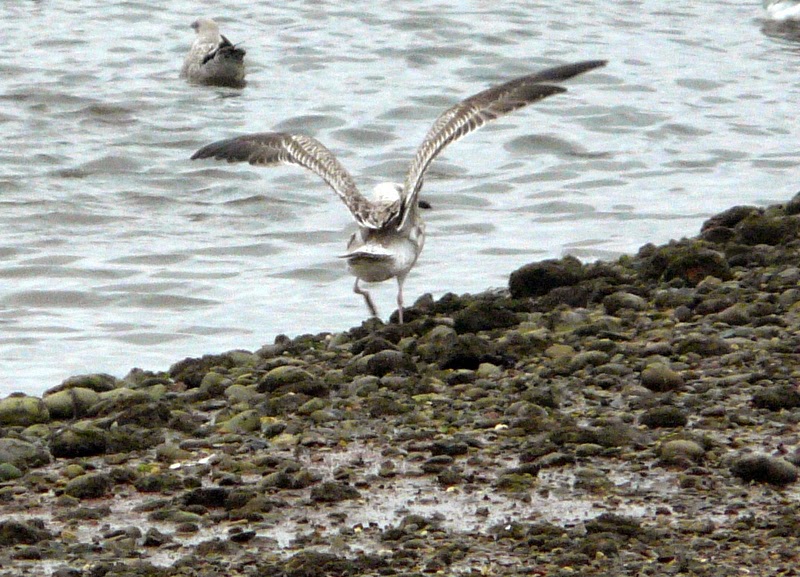 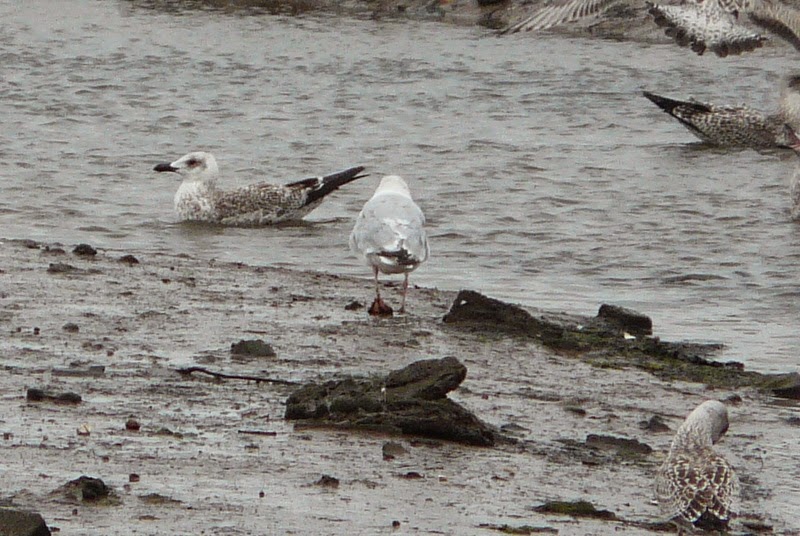 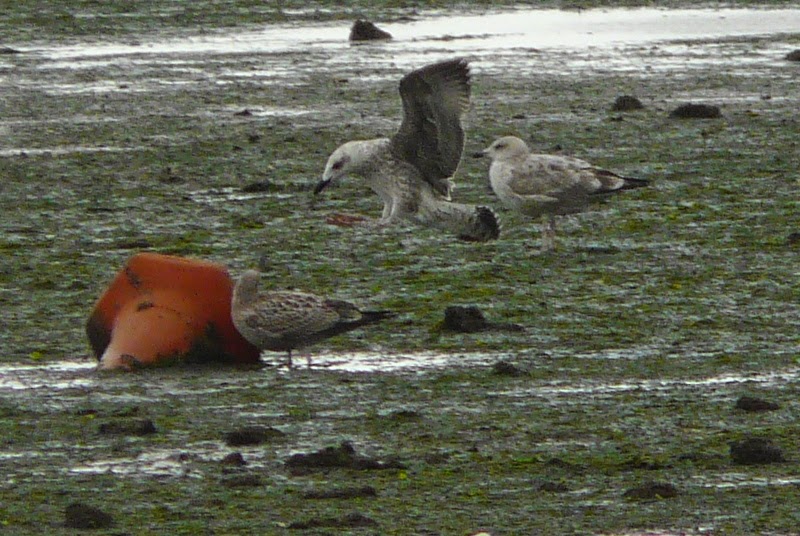 It's not every day you see a Yellow-legged Gull on a traffic cone. 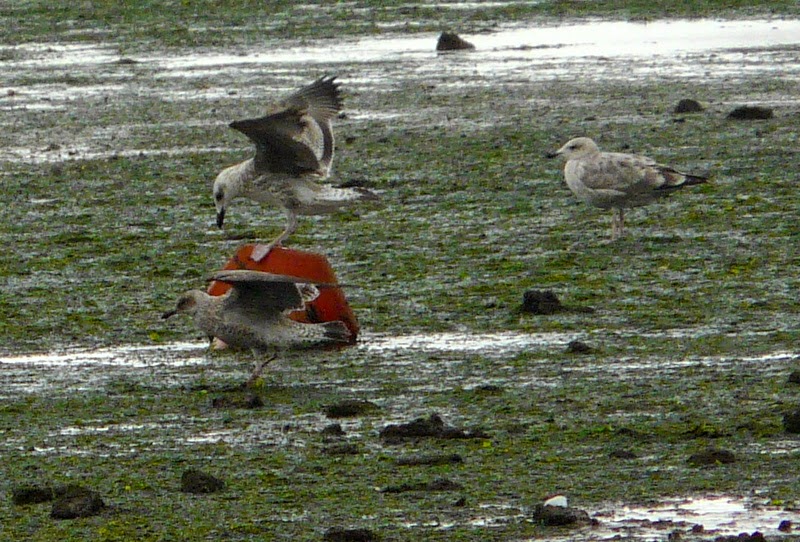 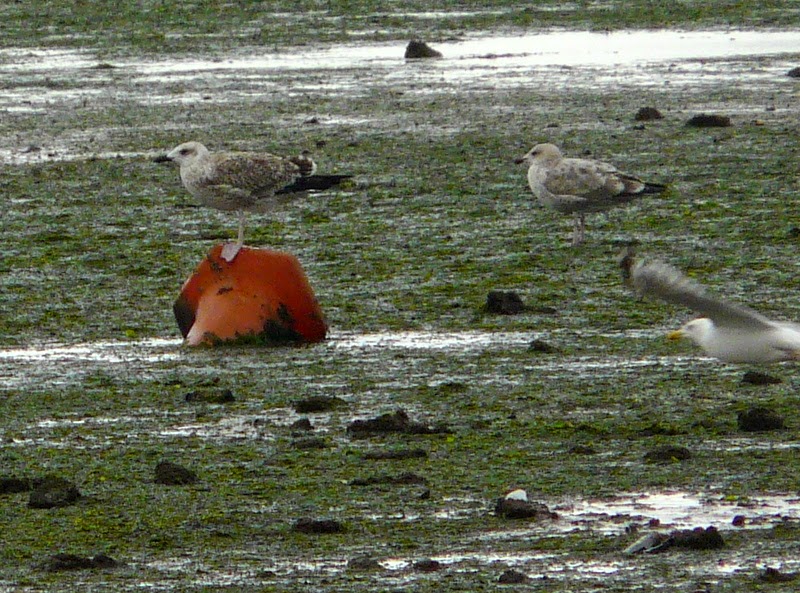 All above photos - first-winter Yellow-legged Gull. Another real classic bird with plenty of new scapulars. I would dearly love to have got better shots of this bird - it really was a beauty but my camera gear just isn't up to the task and, in my defence, the light was lousy. Below is a small dark Great Black-backed Gull, photographed a few days ago on Exmouth Quay. 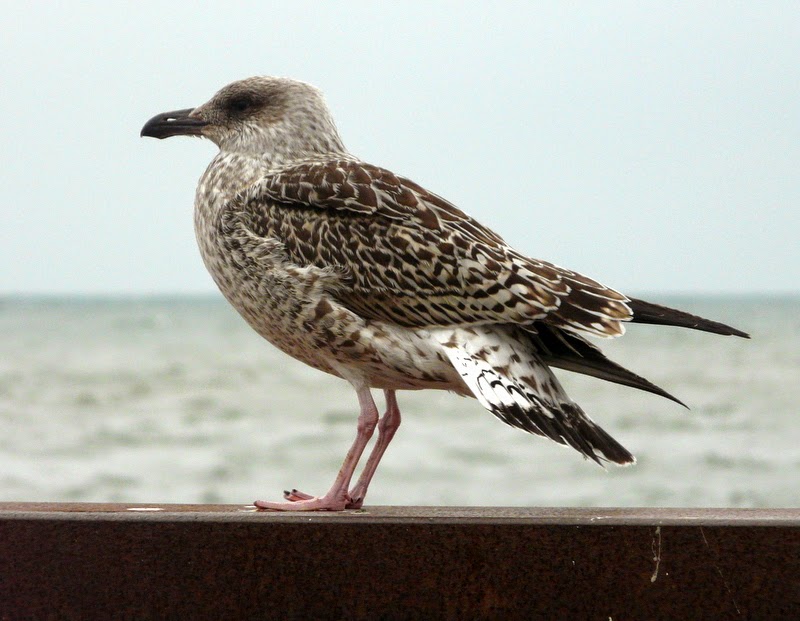 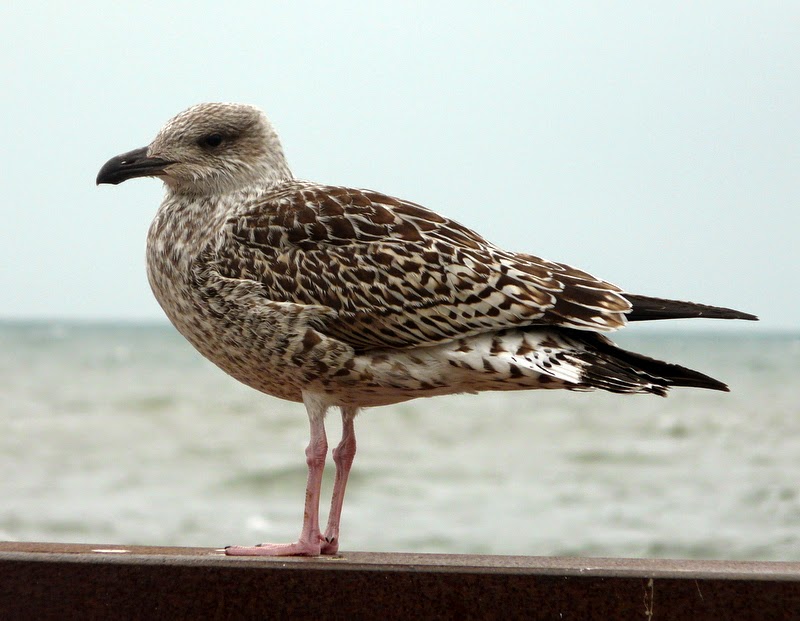