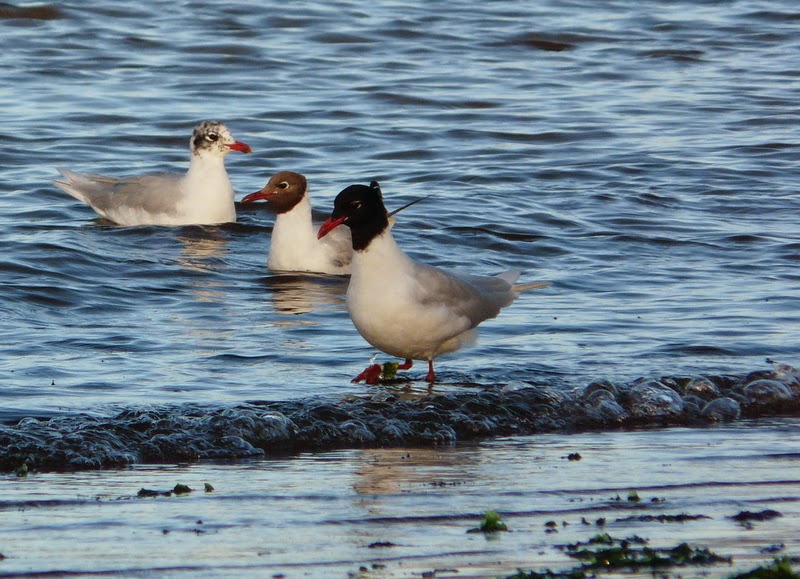 Try as I may I couldn't read the lettering on the ring of this adult mediterranean gull on the beach this morning. It has a white darvic ring on its right tarsus. Its penchant for paddling meant the ring was rarely visible and as you can see in this shot, there was often seaweed wrapped around its legs too. To compound my frustration, a little later on, a ringed juvenile yellow-legged gull landed briefly on Maer Rocks in front of Nick Pratt and I. It bore a green darvic ring on its right tarsus. It then fed for a while on Pole Sands before relocating to the Warren beach.
Totals for this morning from Exmouth Beach include 7+ mediterranean gull, 2 juvenile yellow-legged gull, 1 grey heron, c90+ sandwich tern, 2 common tern, 5 little tern, 1 black-tailed godwit, 1 turnstone, 1 whimbrel, 1 dunlin, c20+ curlew, 2 common scoter, 7 hirundine sp and 7 swallow heading north.
Yesterday an 0545 beach visit produced c40+ common scoter, 5+ common sandpiper, 5+ mediterranean gull, 1 redshank, 4 dunlin, 100+ sandwich tern, 1 juv yellow-legged gull (south), 6 sanderling and 1 little egret. On 17/7 there was 6 canada goose, c30+ common scoter, 1 green sandpiper, 2 common tern, 1 little egret and 1 great spotted woodpecker that looped out over Maer Rocks before returning inland. On 16/7 there was 80+ manx shearwater, 1 great crested grebe, 3 redshank and 1 greenshank. 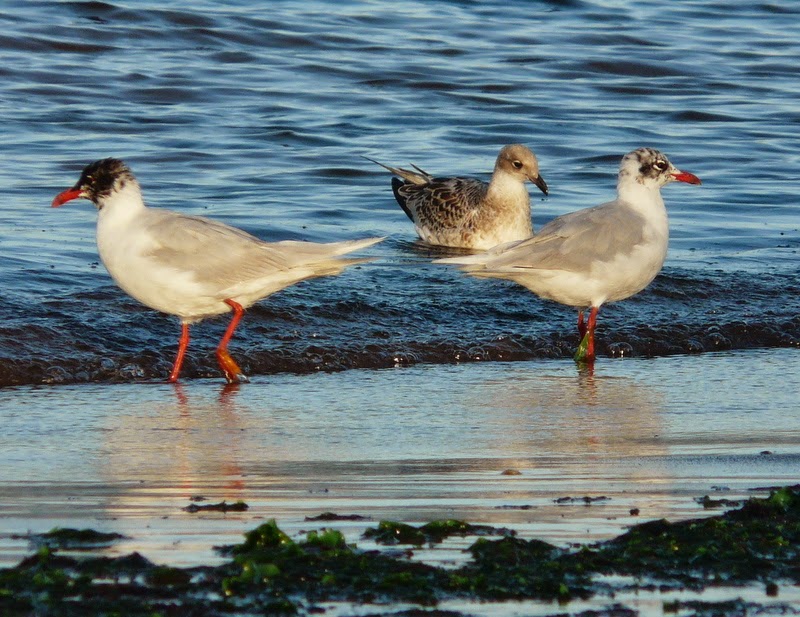 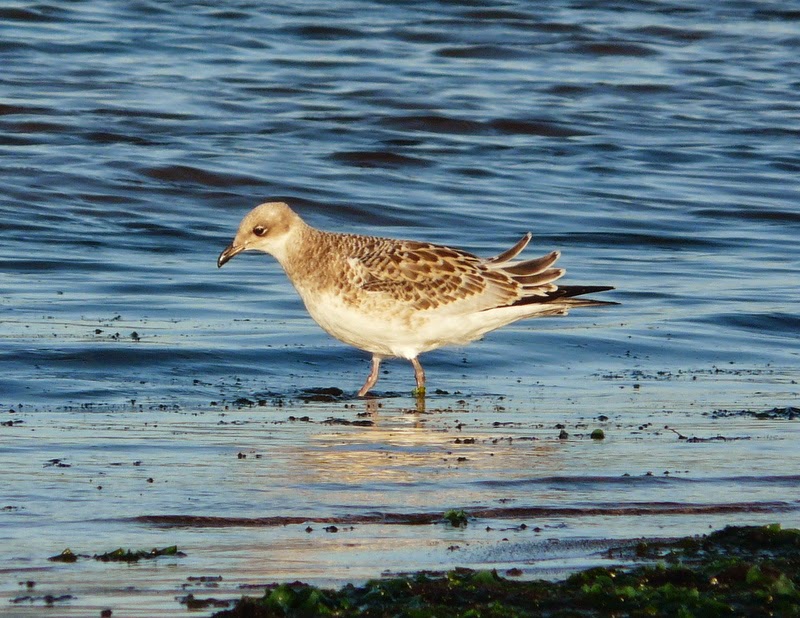 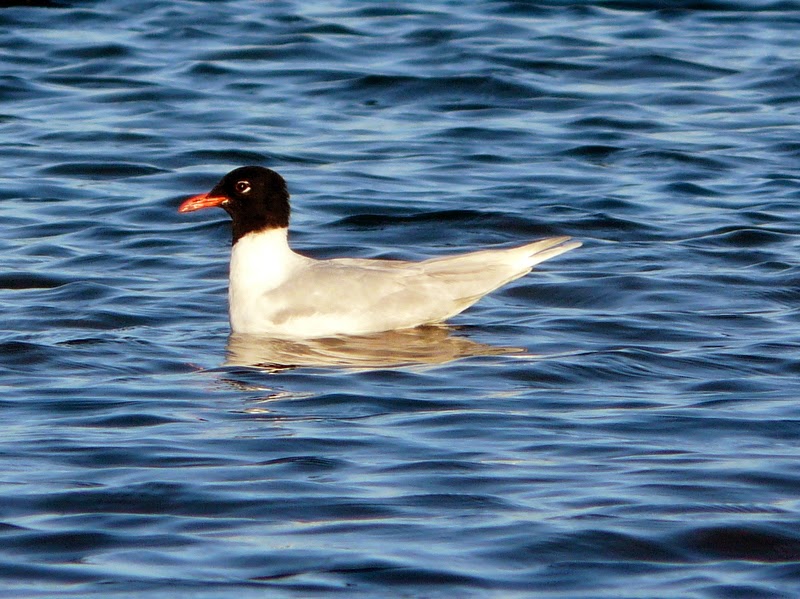 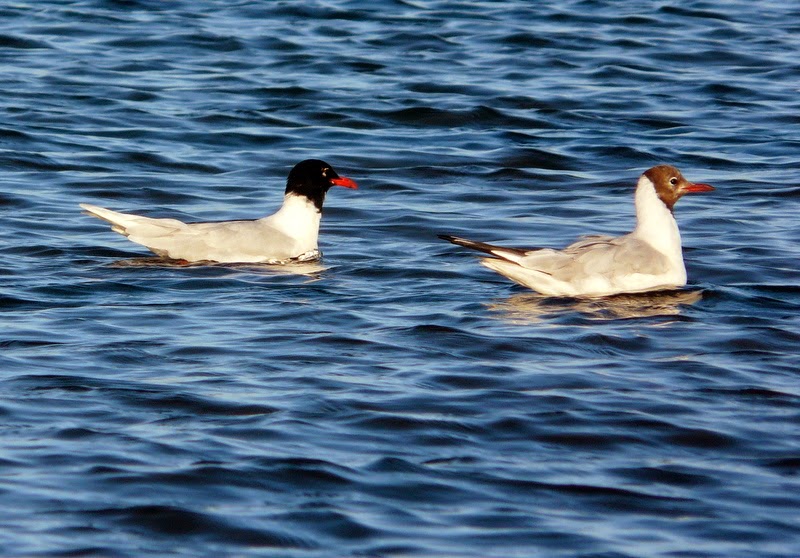 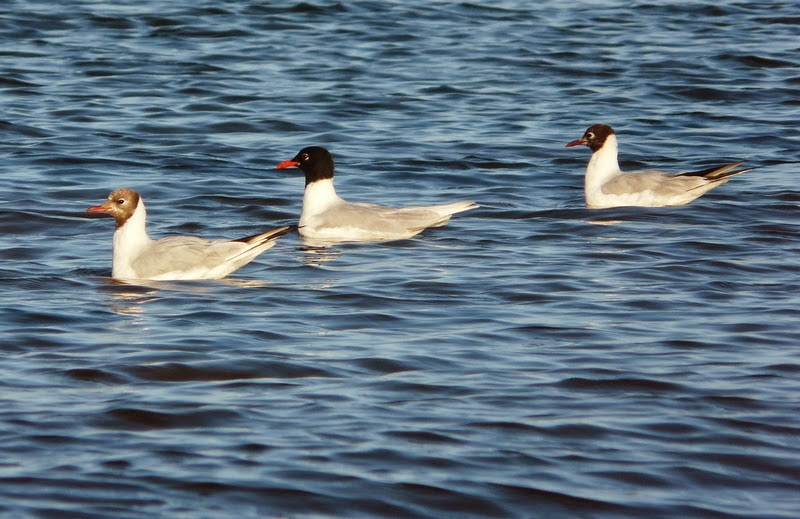 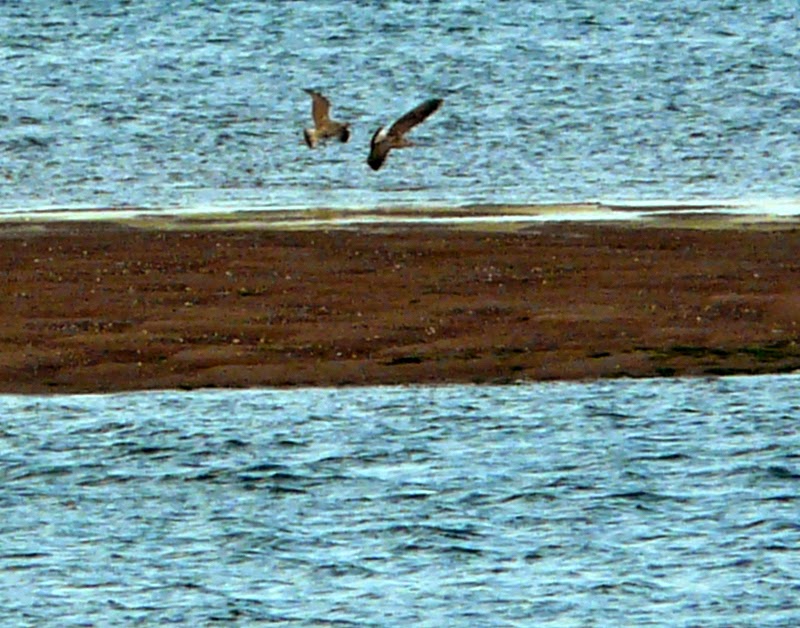 Plunging to new depths - a terrible record shot of the green-ringed yellow-legged gull with a juv herring gull. It moved from Pole Sand to Dawlish Warren beach so I'm still hoping it'll have its ring read! 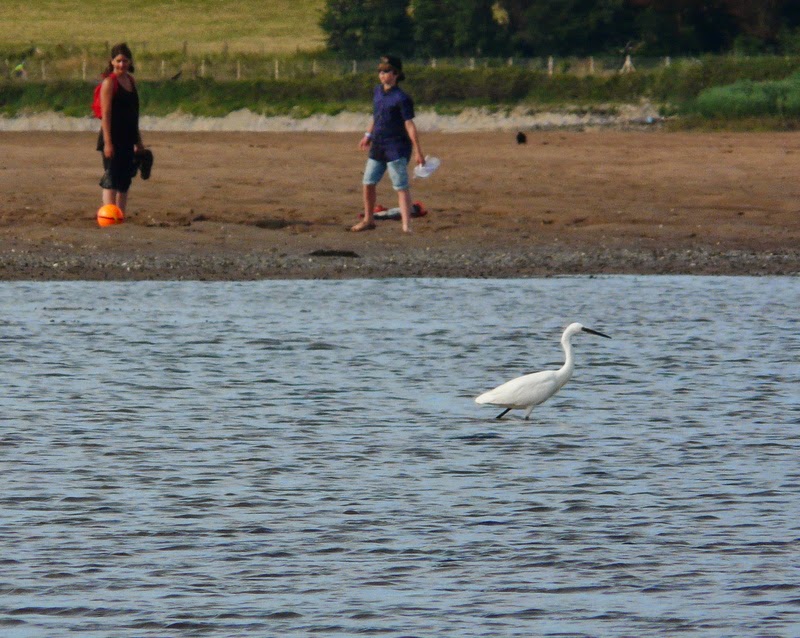 little egret off the Imperial 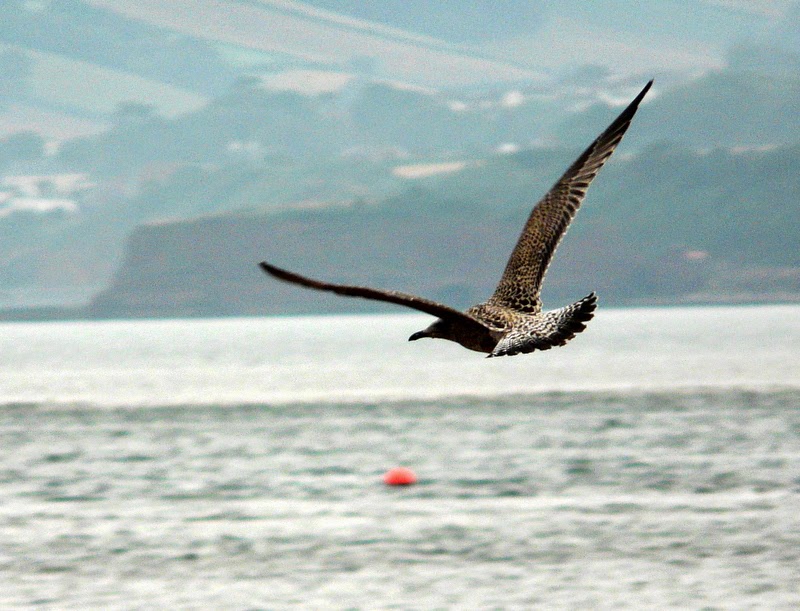 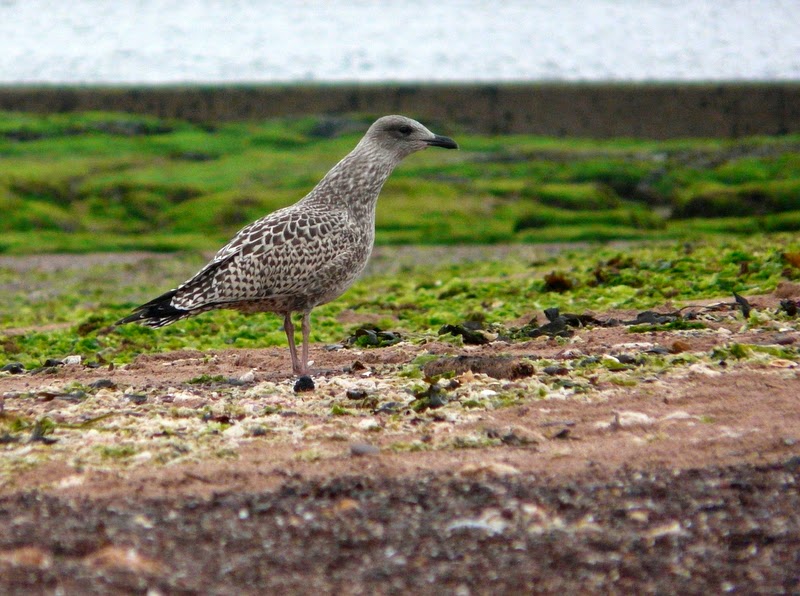