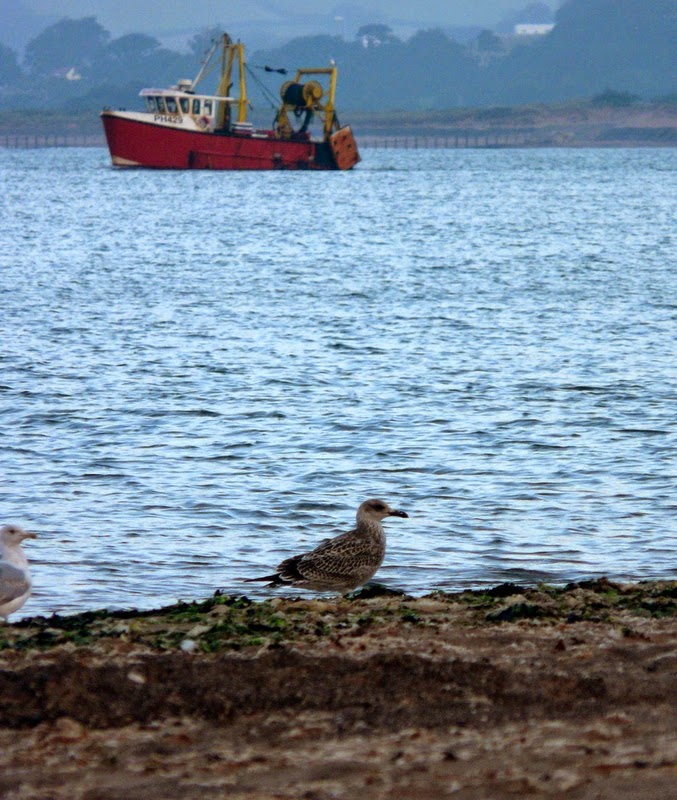 juv yellow-legged gull with Dawlish Warren in the background

This juvenile yellow-legged gull was on Exmouth Beach by Maer Rocks shortly after first light this morning (11/7). This is my fifth in eleven days although I suppose it's possible it is the same bird that flew past me on the beach yesterday afternoon. Note the nice crisp-edged tertials on this bird, lacking the 'oak leaf' patterning typical of juv herring gulls. The greater coverts have nice dark bases. It's already looking like a good year for this species so I reckon there will a few more turning up in the next few weeks. 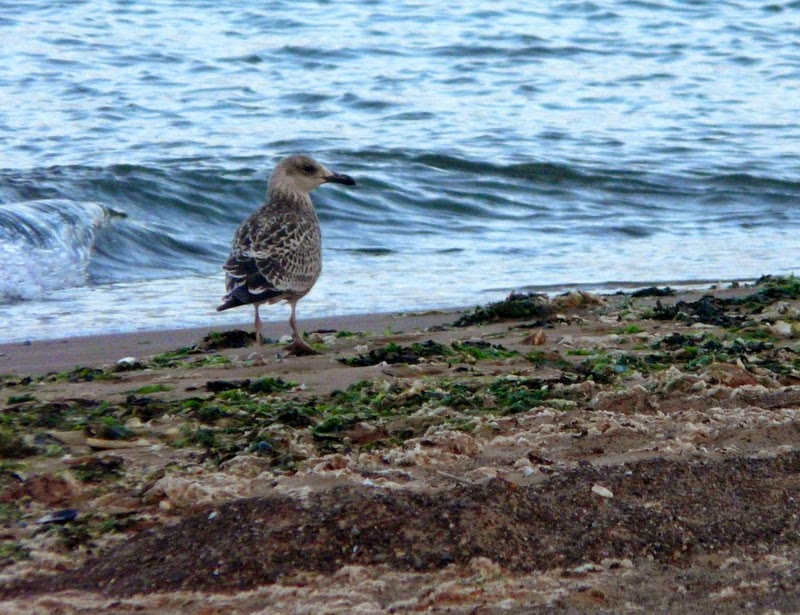 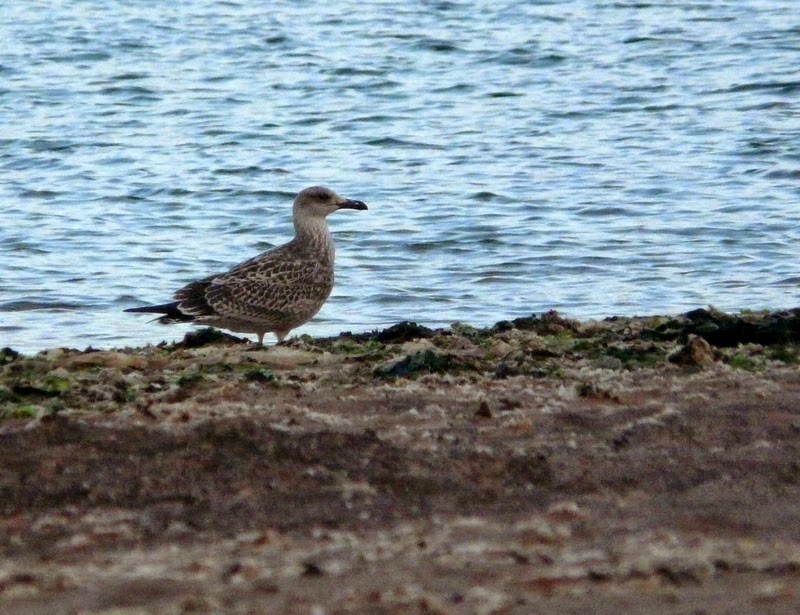 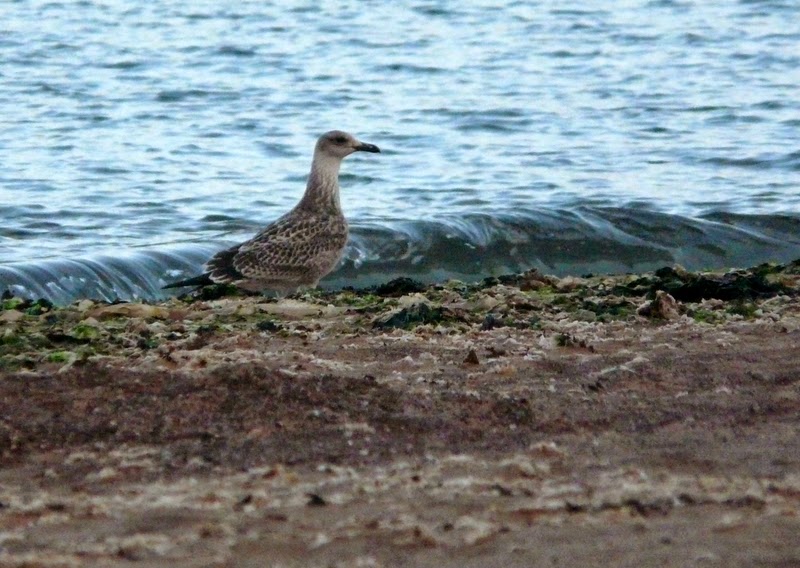 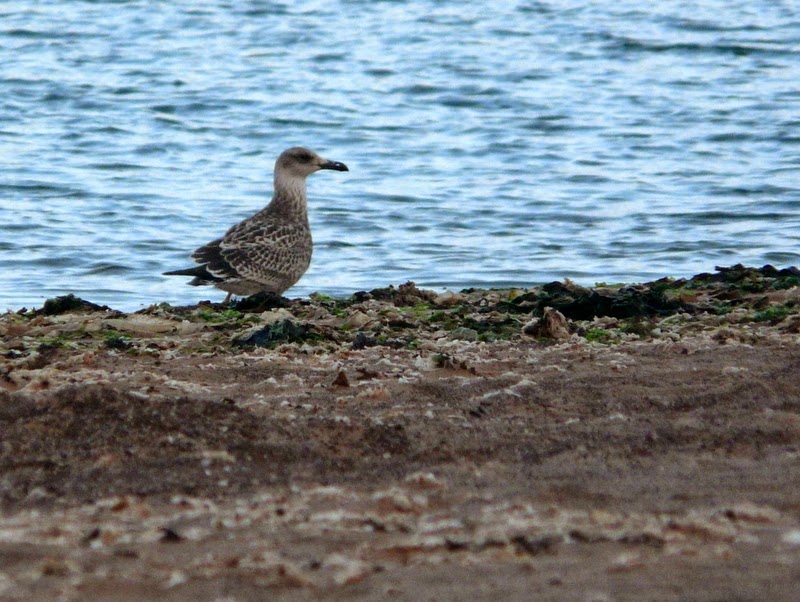 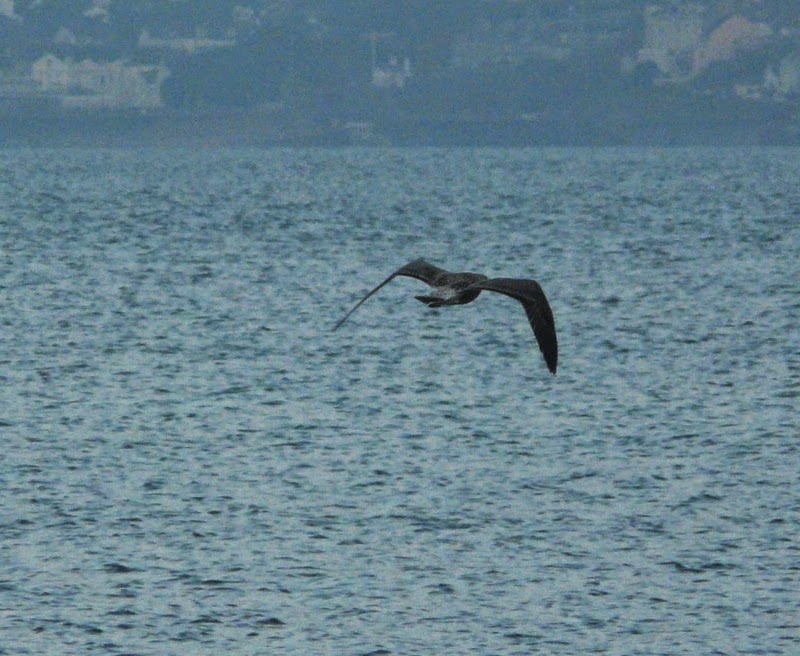 Again note the lack of contrast between inner and outer primaries giving the wing a very uniform dark look. As soon as juvenile lesser black-backed gulls (which have even darker wings) start fledging this plumage feature becomes less significant and identification of yellow-legged gull starts to rely more heavily on other features! 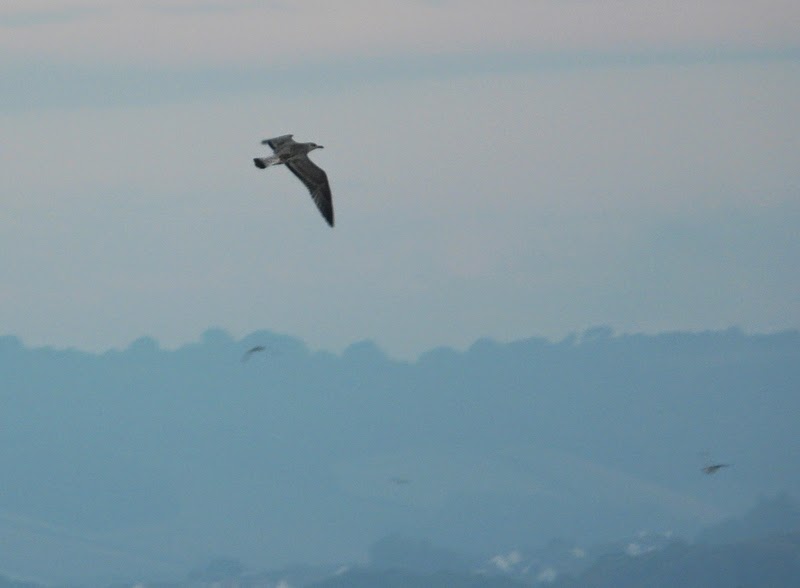 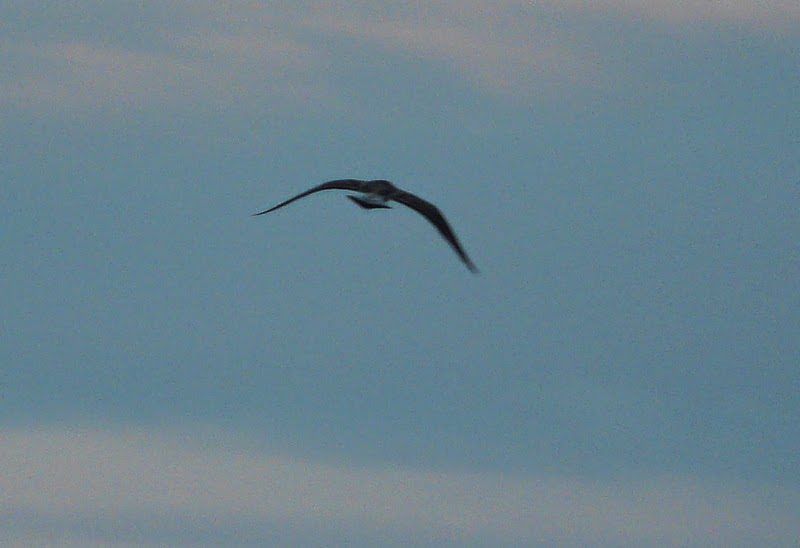 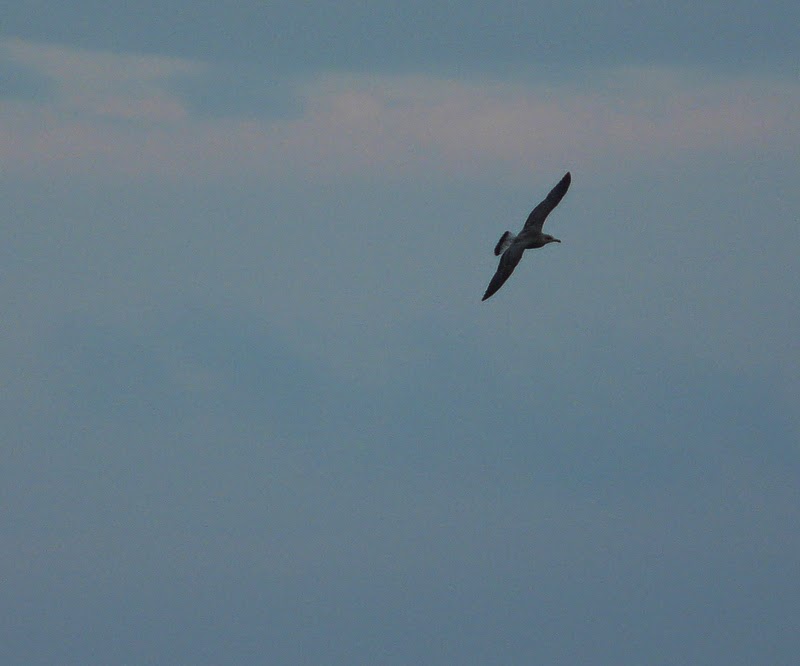