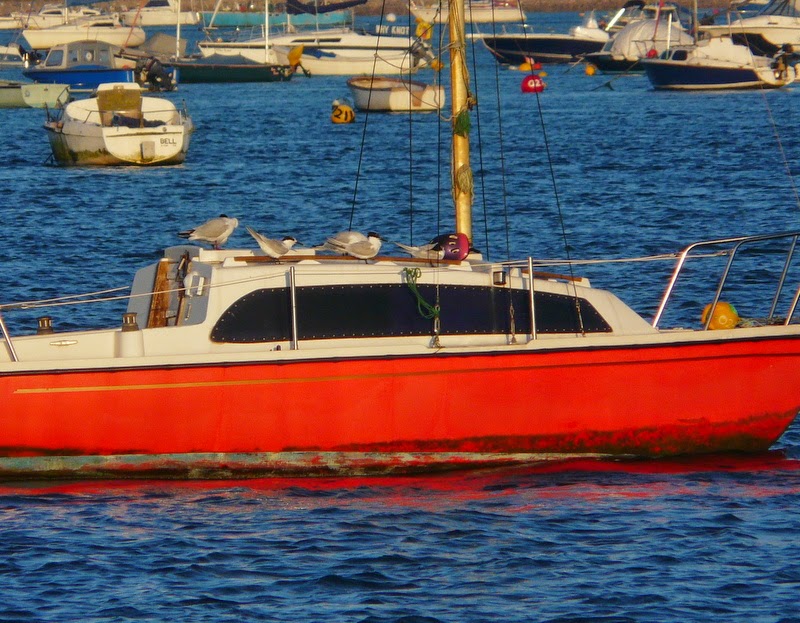 sandwich terns and black-headed gulls resting on a boat

Birding Exmouth continues to be rewarding and the fine early morning weather made it even more enjoyable. I had a couple hours from about 0515 and managed to check the seafront and the estuary as the tide came in. At least five dolphins were offshore but there could quite easily have been double that number. A great skua and 2 arctic skua were dog fighting out in the bay and sandwich terns seem to be around in good numbers, both offshore and in the estuary. A steady passage of black-headed gulls towards the river mouth included at least 4 mediterranean gulls and 1 probable juvenile yellow-legged gull. Also offshore were 6 manx shearwater.
I scanned the very tip of Warren Point from further along the seafront and picked up 19 dunlin and 7 common sandpiper.
The biggest surprise of the morning however was 10 redhead goosander, all presumably juveniles, on the river as the tide was coming in. I saw them distantly from the Imperial and then raced home to get them on the house list. I only just managed a brief view as the flock took to the air, by which time it looked as though the flock size had increased, but my view was so brief I couldn't be certain. They took off in the direction of the Warren so it will be interesting to see if they were picked up there.
The bulk of today has been spent watching Joel play football up at Holsworthy and then at Exmouth A&E watching him get patched up! 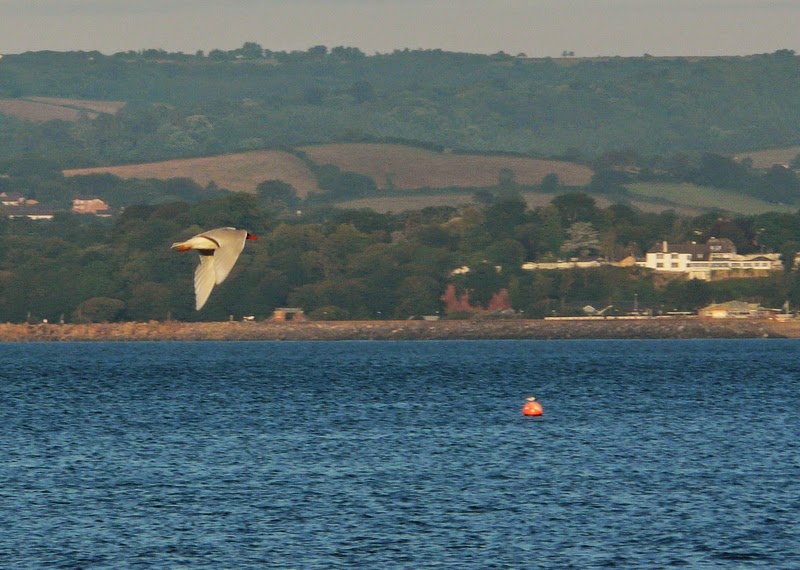 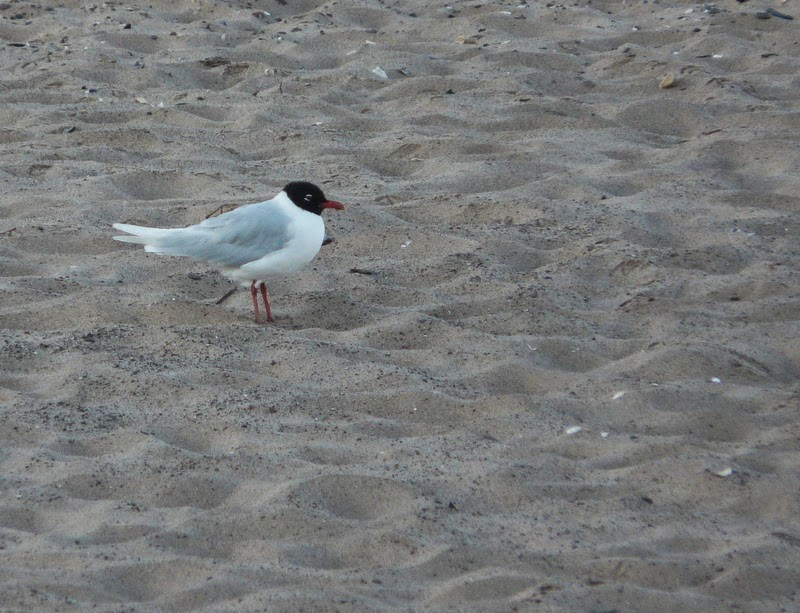 adult mediterranean gull on the beach 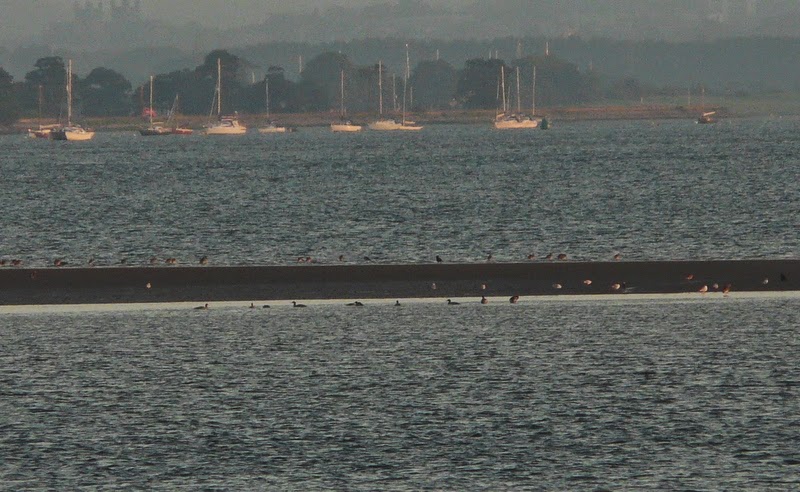 another dreadful photo but if you look hard enough and use a little imagination you can see the 10 goosander in front of the sandbar.
Posted by matt knott at 09:45