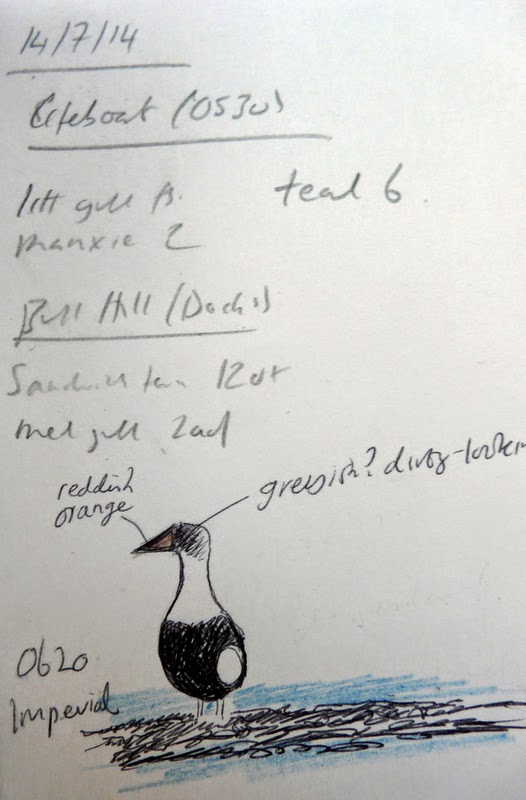 Early yesterday morning, during my routine check of the beach and estuary, I had one of those weird birding experiences that leaves you scratching your head. I pulled up above the slipway at the Imperial ground at 0620 and grabbed the bins from the passenger seat. On my first scan I found myself staring at a bird a fair distance off that I couldn't put a name to. It was facing me with its neck stretched as a dog-walker headed towards it across the mudflats. It took a few seconds to even start to piece it together but I suddenly realised I was looking at an eider species - the circular white thigh patch was the first main pointer. My heartbeat rose as I realised its bill looked orange and I got out the car to grab the scope from the boot faster than I think I've ever moved in my life. I didn't bother extending the legs of the scope and pointed it at the exact spot, by now feeling really shaky. To my utter dismay there was absolutely nothing there. I scanned and scanned again and then scanned the wider area but there was just nothing. I've never found myself in this situation before. My view was so brief that I can't possibly claim it as anything and I've even started to question that I saw what I saw. It just doesn't seem plausible that an eider of any species would vanish so fast. Surely an eider species would have just moved into the water away from danger, rather than just take off? Something just isn't right but equally I can't provide a rational explanation for what I saw. From the details I got they arguably best fit a first-summer king eider but I've suffered from the dreaded 'two become one' effect before which is where one bird standing in front of another can look like an altogether different species -who knows?
Aside from the weirdness there was a first-summer little gull and 2 manx shearwater off the seafront with 6 teal 'in off' and over the Warren along with 120+ sandwich tern and 2 adult mediterranean gull on Bull Hill. 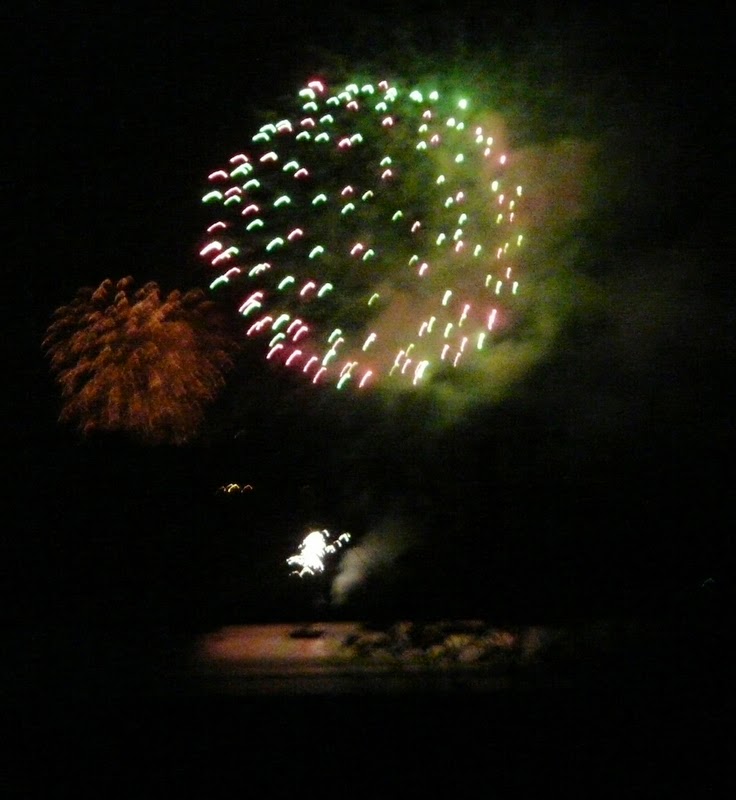 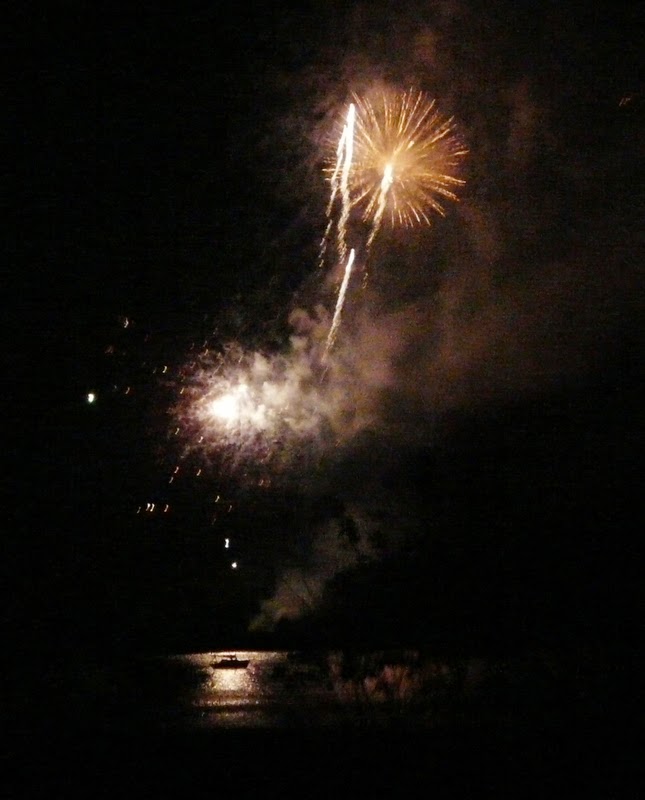 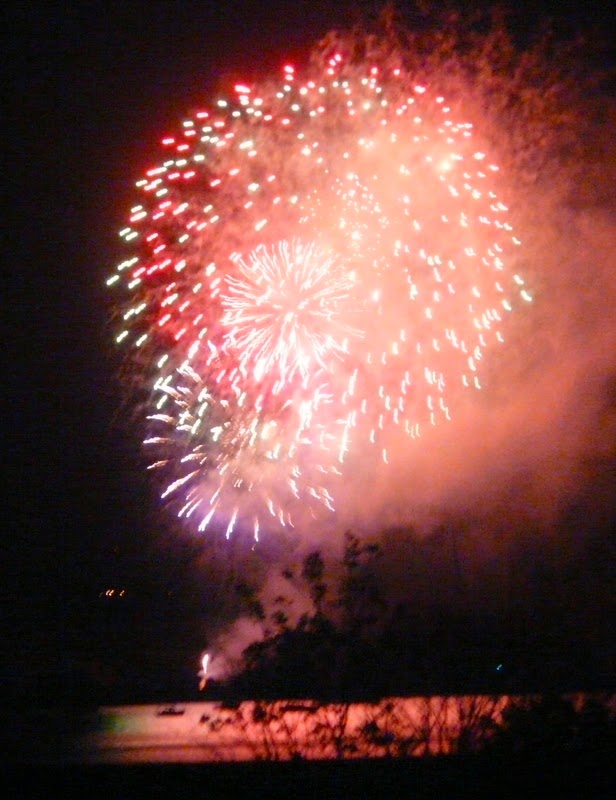 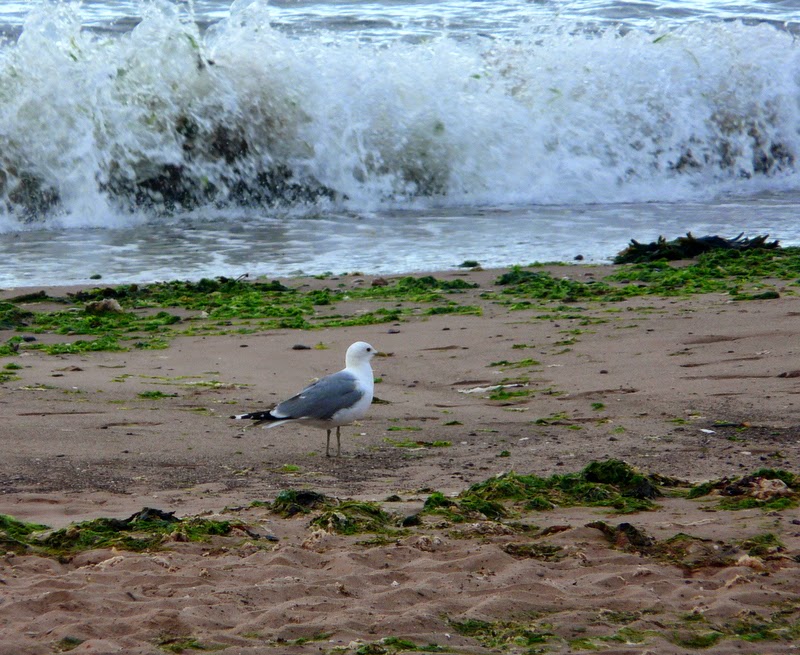