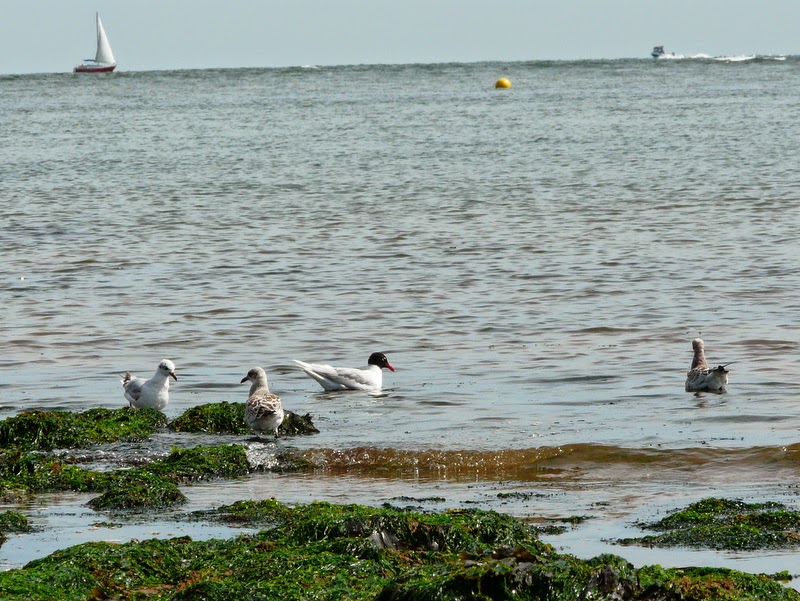 Four meds and a wonky horizon.

Yesterday, early in the morning, I saw my first juvenile yellow-legged gull of the summer- a typically smart individual that was always way too far off for a photo. I willed it to join other gulls on the beach but it plodded slowly east, past Orcombe Point, and I couldn't re-find it. After work this afternoon I headed down to Exmouth Beach, hoping to relocate it, but it was heaving with people so I almost didn't bother looking. However a quick scan along the shoreline by Maer Rocks revealed a nice little party of four mediterranean gulls comprising an adult, a first summer and two juveniles. Meds have become increasingly common over the years but I never tire of seeing them. Hopefully, as in previous years, the numbers will continue to build and I will get the chance to get some better photos. 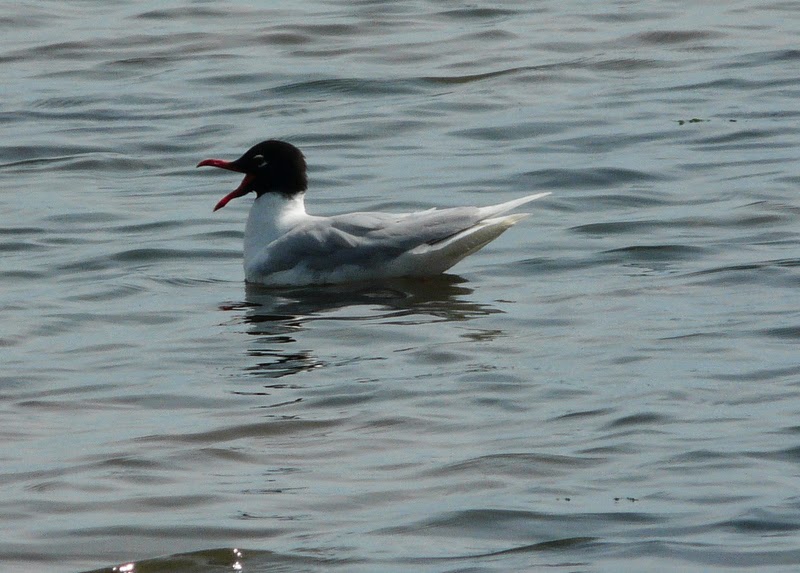 adult med - a different one to the regular adult photographed the other day - note the difference in bill markings. This little group was unusually vocal. 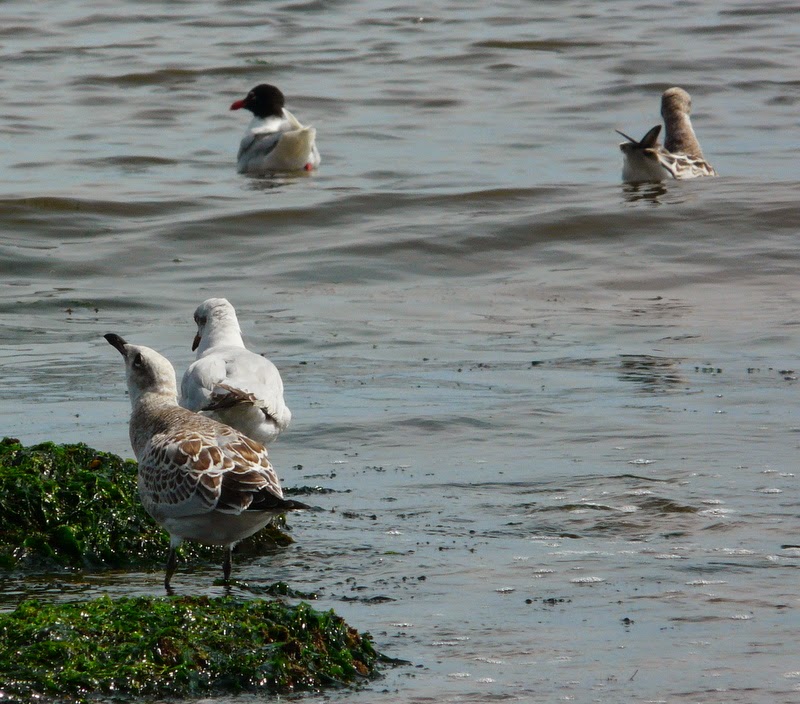 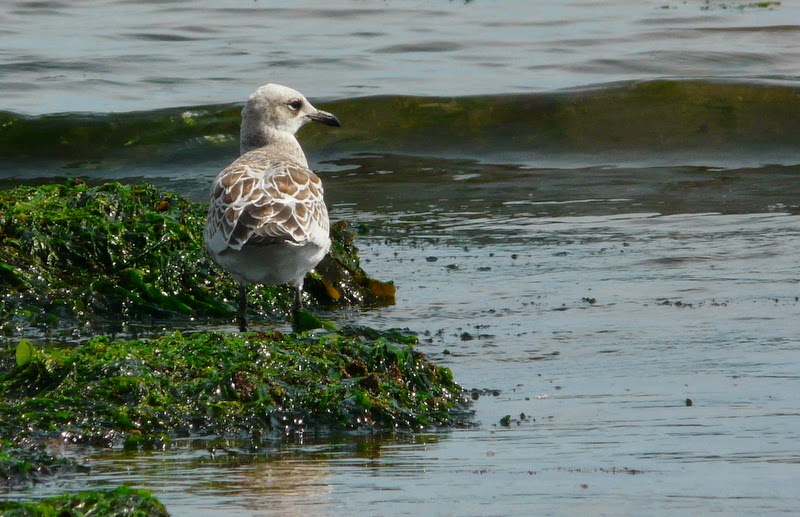 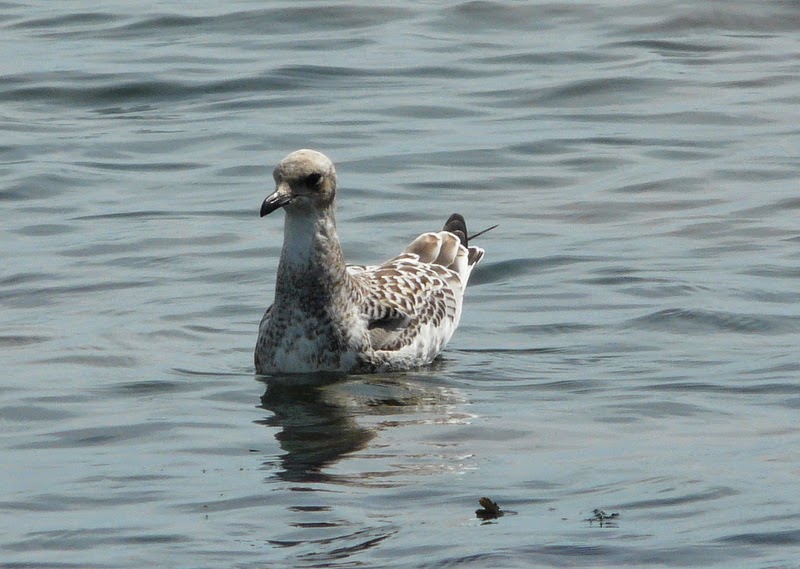 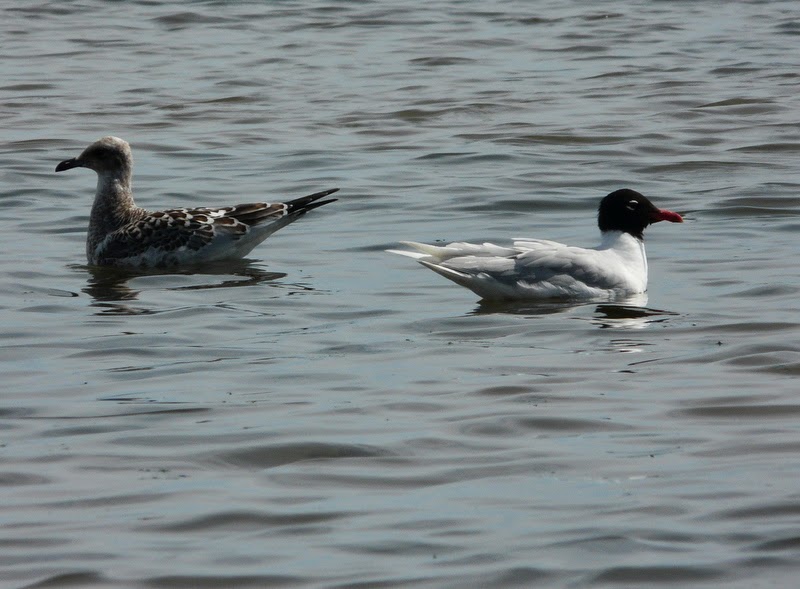 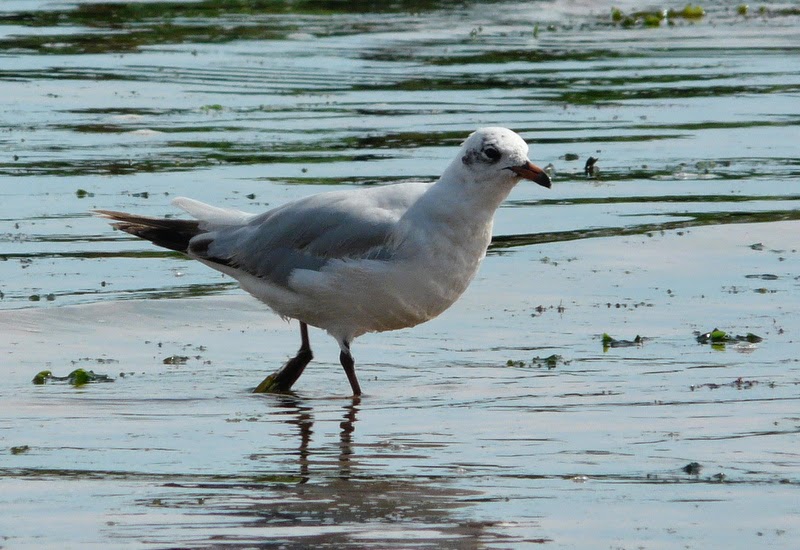 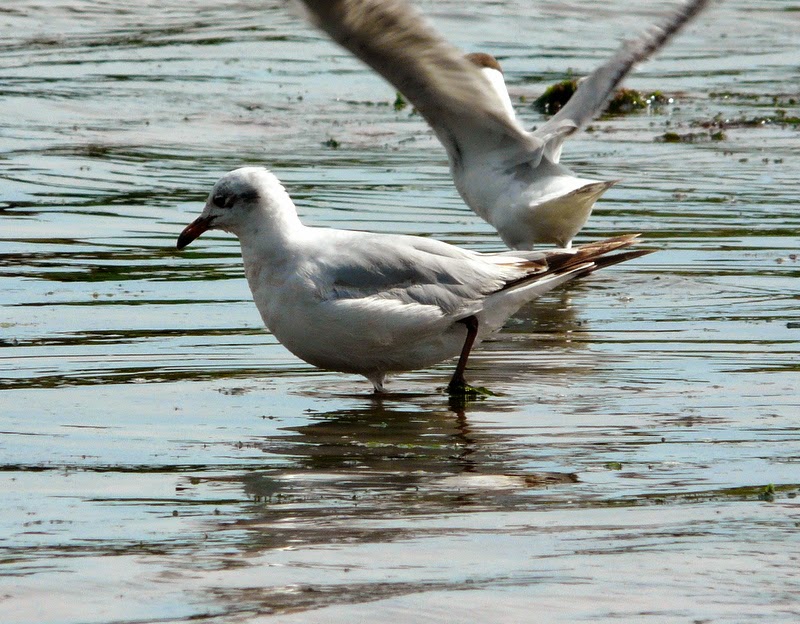 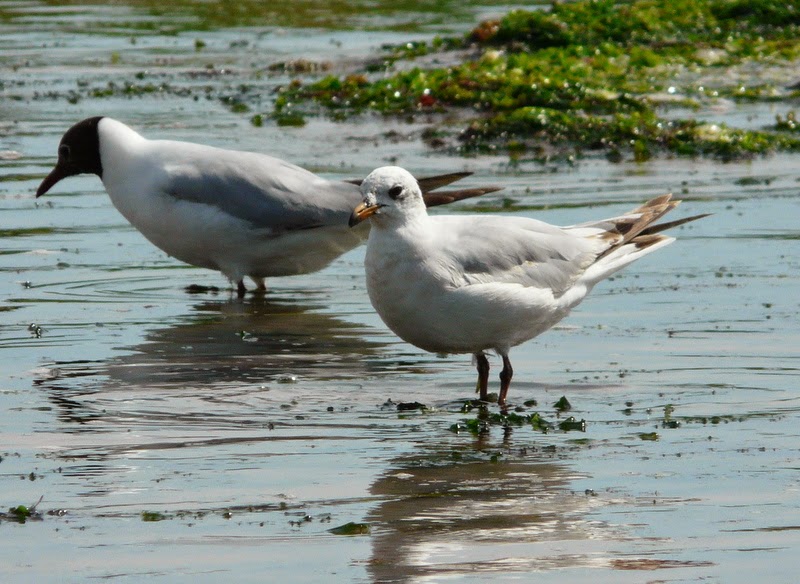 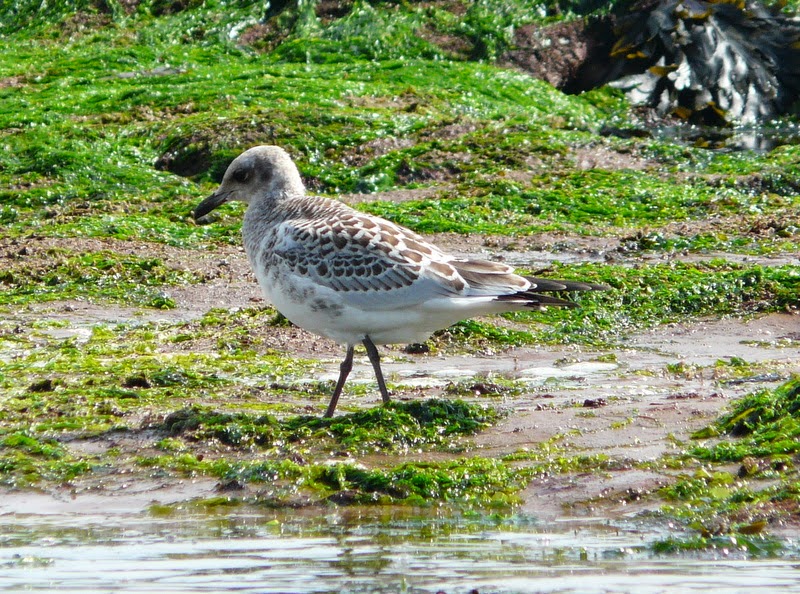 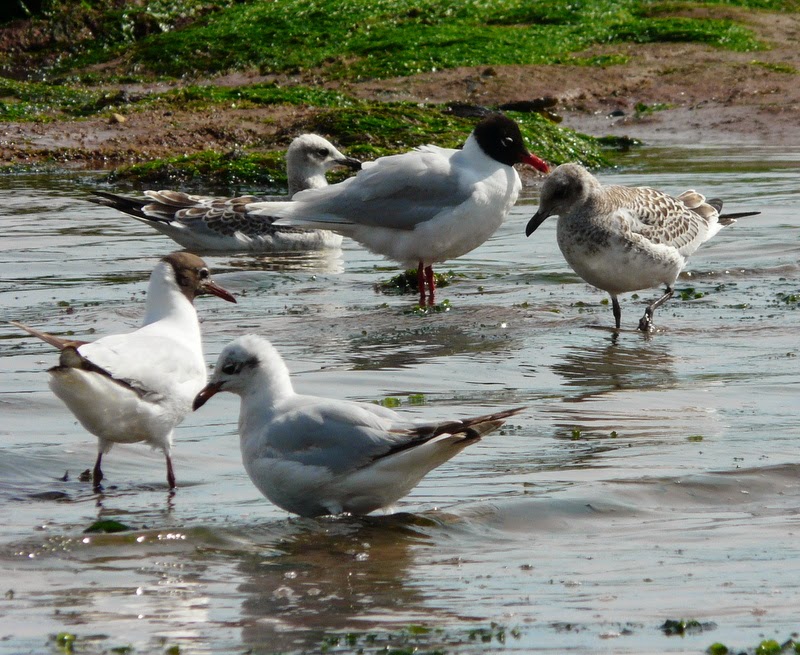 All four birds with a black-headed gull. 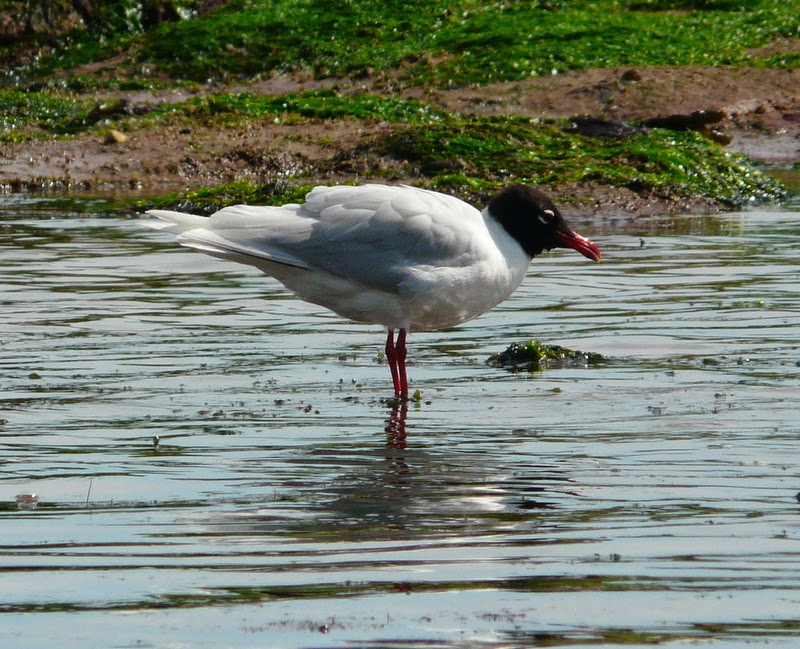 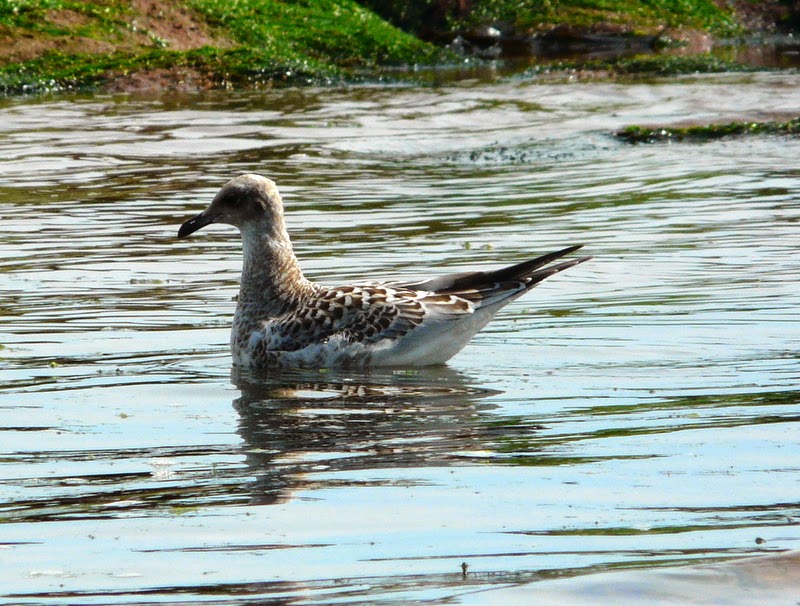 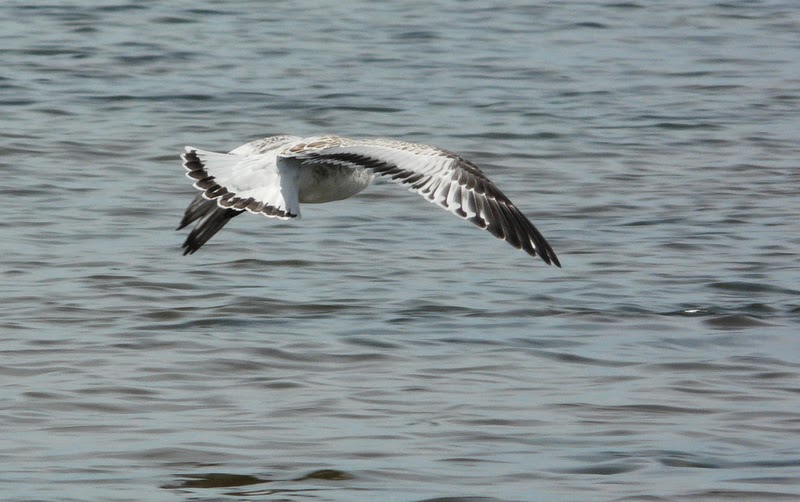 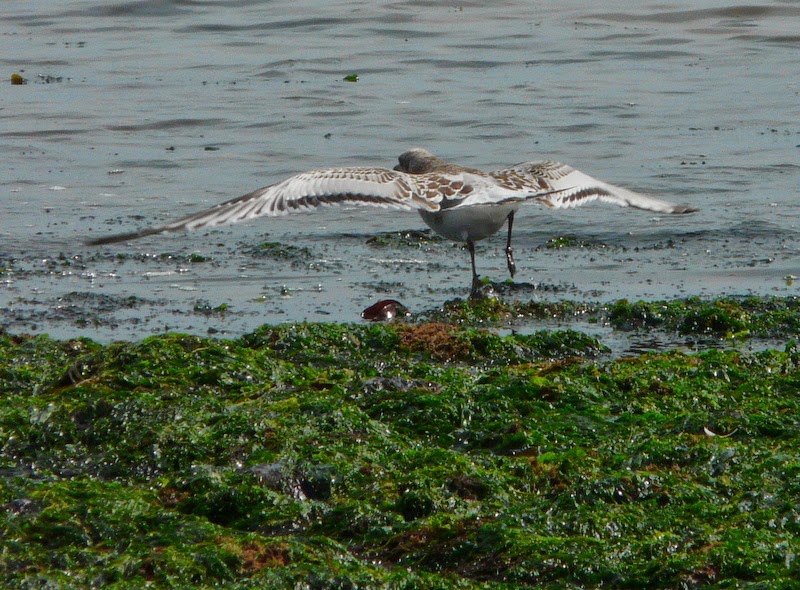 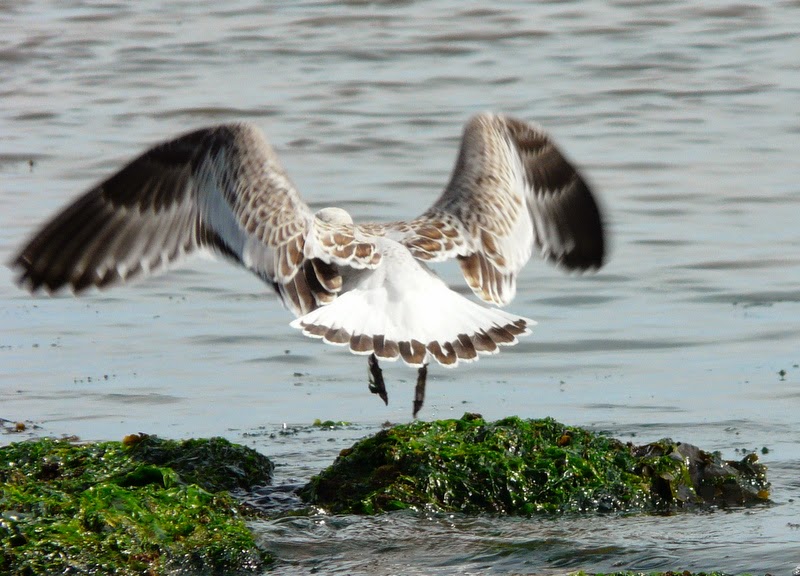