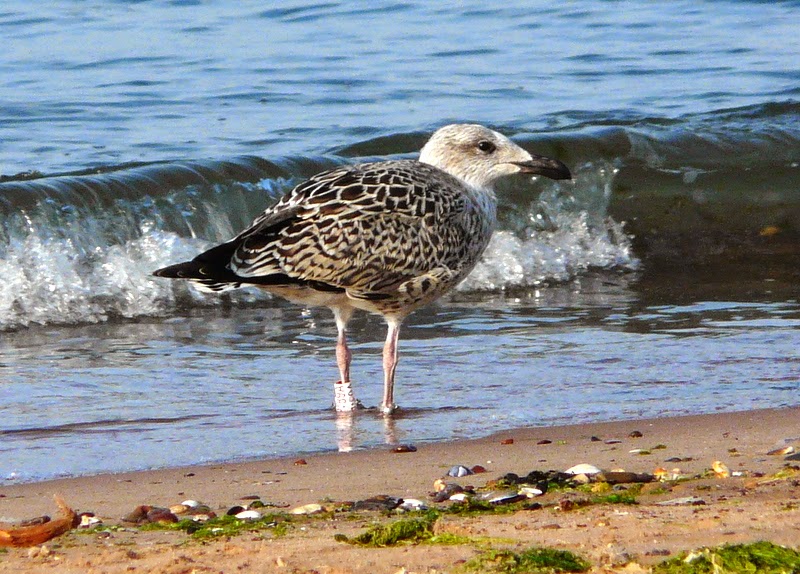 Spent some time birding with Nick along the seafront by Maer Rocks this morning. Probably the easiest birding ever - sat on a bench in the glorious early morning sun, not more than a couple feet away from the car! My first pristine juvenile great-black-backed gull of the summer appeared on the beach in front of us, and was ringed. It has a white plastic ring on its left tarsus with red lettering - P:89A, which I'm pretty sure makes it a Portland-rung bird. It also has a metal ring on its right tarsus. There were at least 2, and possibly up to 4, juvenile yellow-legged gulls off the beach at various times and another juvenile was well out in the estuary off the Imperial. None of them however played ball and stopped for a photo. Also this morning, off Maer Rocks, there was a single roseate tern, c20+ sandwich tern, 1 common tern, 1 little egret, 1 sanderling, 1 fulmar, at least 5 mediterranean gulls and a lingering smart intermediate phase arctic skua, that harried terns repeatedly, and was at one stage in hot pursuit over the Warren dune ridge.
Off the Imperial at first light, as well as the juv yellow-legged gull, were 20 whimbrel, 2 bar-tailed godwit, 1 black-tailed godwit, 1 turnstone, 2+ dunlin, 3 redshank, 19 canada goose and 2+ mediterranean gulls. 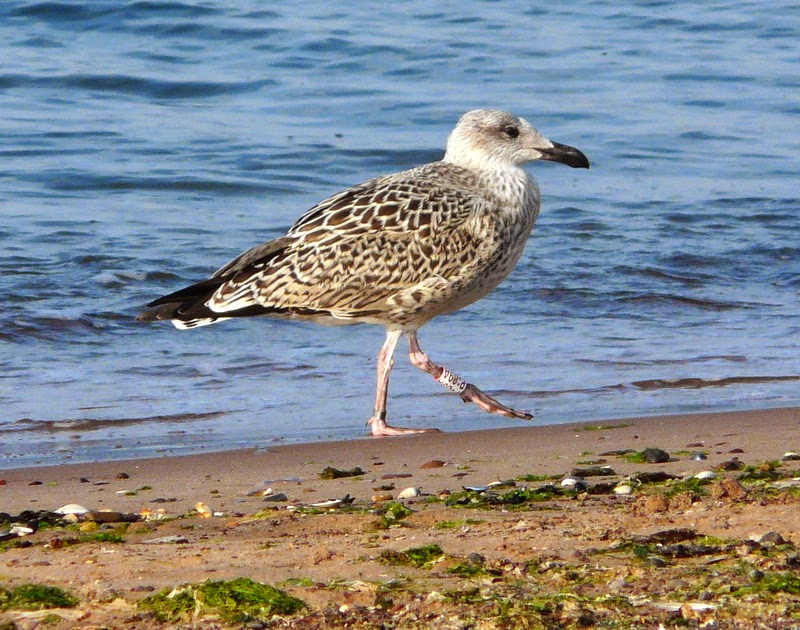 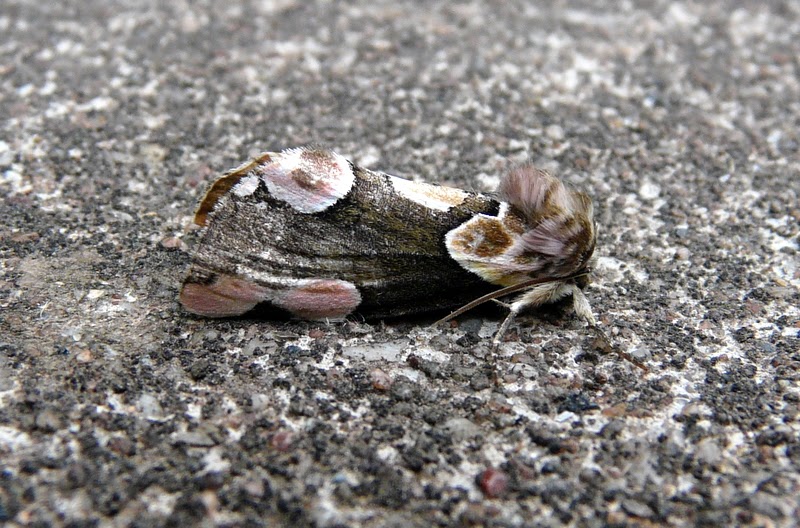 The outside light attracted this peach blossom (above) and this silver Y among a few other common species last night. 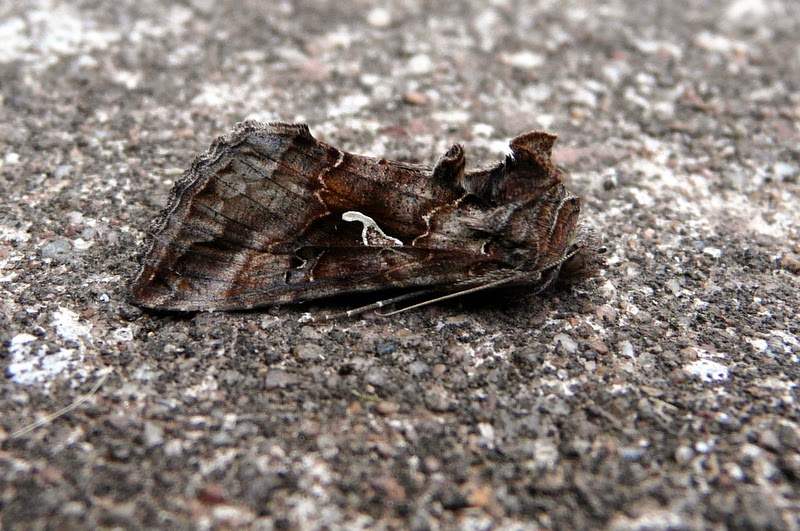