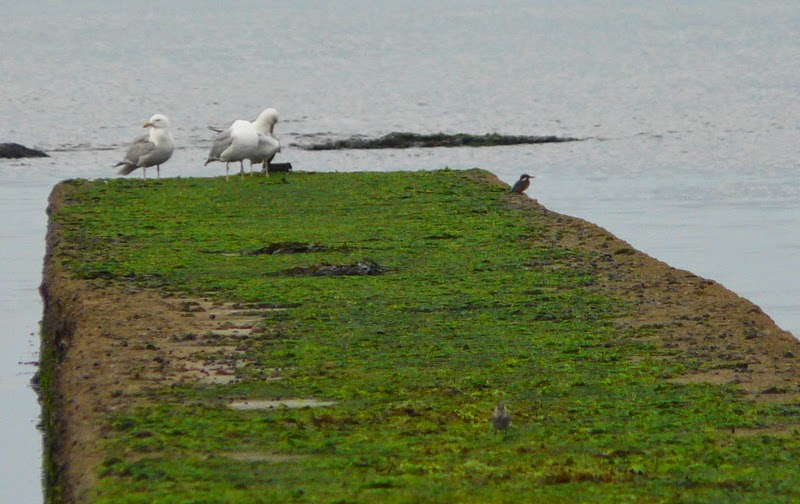 I did the usual early check of the beach this morning. The gull numbers were disappointing but another juvenile mediterranean gull was present along with two adults. Offshore there were 70+ sandwich tern, 1 common tern and my first little tern for a while. A common sandpiper on Maer Rocks was noteworthy as was a kingfisher. I think I've only ever had one on the rocks here before. Maer rocks sits conveniently on the boundary of my Orcombe 'patch' (Have a look at the tab at the top of this page if you want to see the area I include). With little else around I decided to walk out along the slippery, seaweed-covered jetty (see above) to try for a photograph of the common sand. I made my way gingerly out towards the end and glanced up to see a bird circling just offshore. Initially I assumed it was a gull but I soon realised that something wasn't right. As soon as I got it in the bins I could see it was a great white egret! It flapped lazily overhead, did a loop, as if contemplating landing on the rocks, and then headed back out to sea. It soon changed course for the Warren so I made a couple calls but to no avail. As it approached the Warren it switched direction again and powered off over Exmouth town. 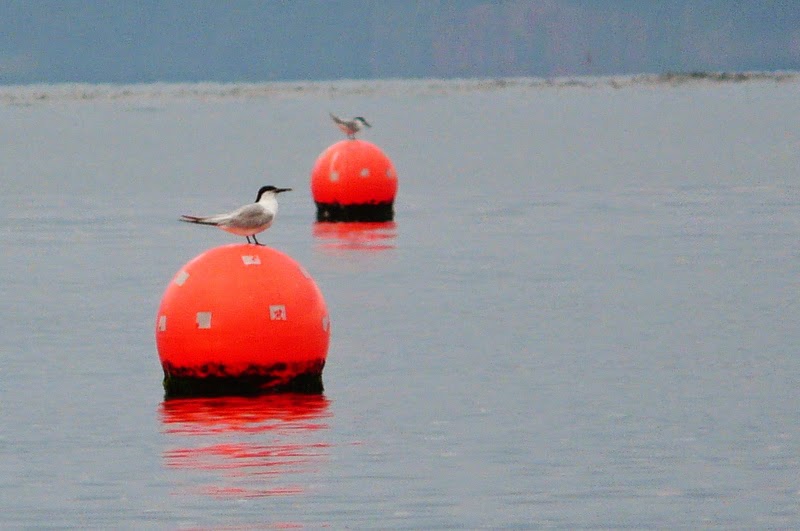 sandwich terns on the 'dotty' buoys 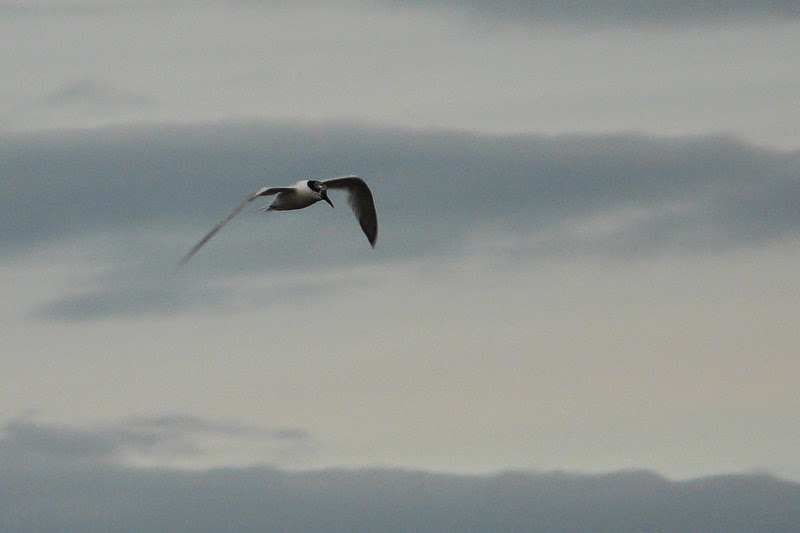 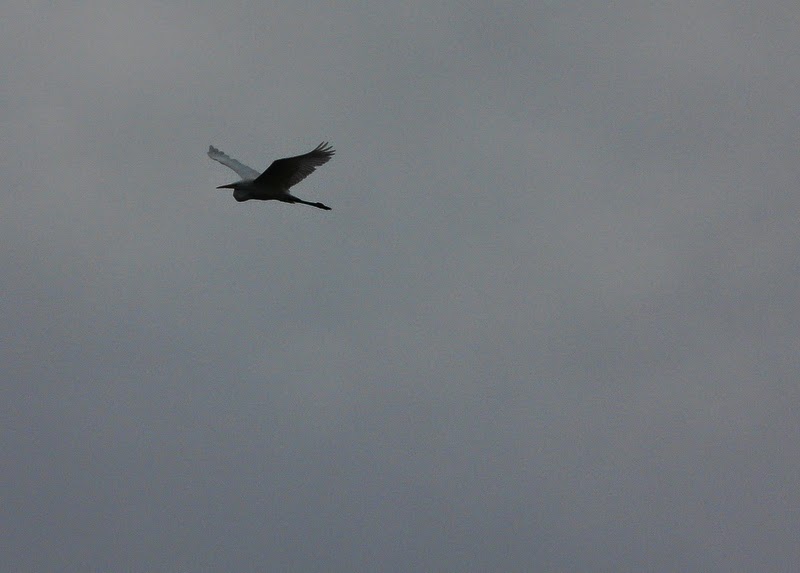 great white egret - my first shot as it flew in 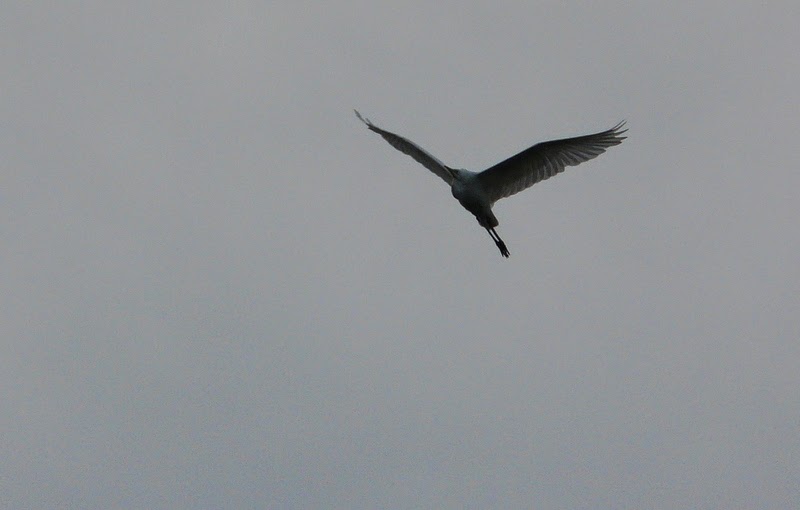 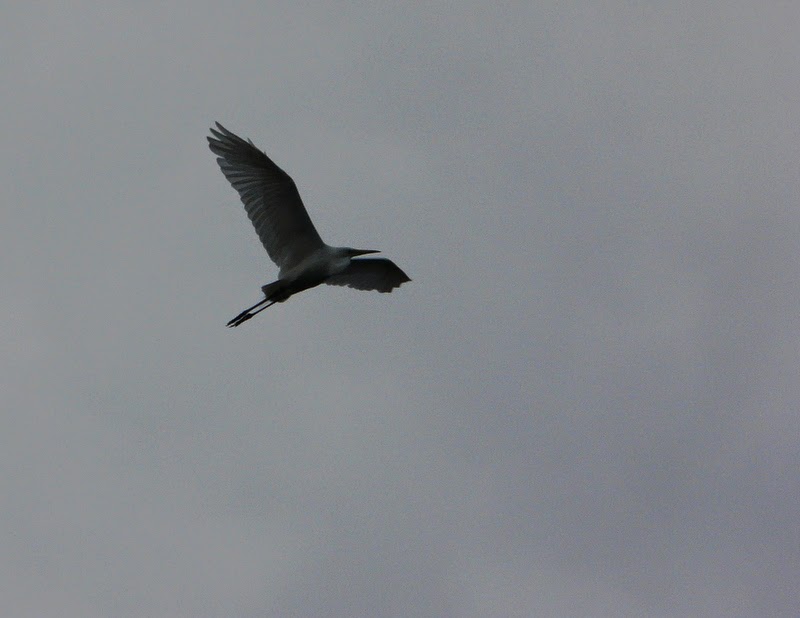 swinging away back out to sea 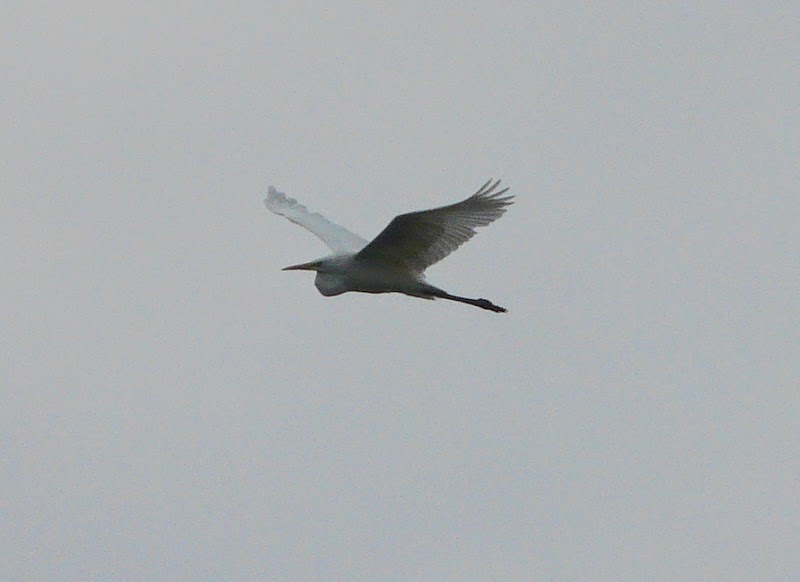 I've adjusted the light on this photo.

This is my first and long-awaited 'self-found' great white. In fact I've only actually seen a couple before in Devon. The first was a colour-ringed bird in Powderham Park on August 31st 2003 and the second was on Exminster marshes on April 12th 2006. It's a bird I always assumed I'd bump into at some point. I came close to finding the Exminster bird but was 'pipped to the post' by Lee Lock. We were stood having a chat, on the canal bank beside the fisherman's car park, when Lee casually said "have a look at that" as a long white neck appeared out of a reed-filled ditch towards the back of the marsh. It was a great white that soon took off and landed in the pool beside the railway bridge. It then headed off over Exminster village as the first birders started to arrive.
Posted by matt knott at 09:25