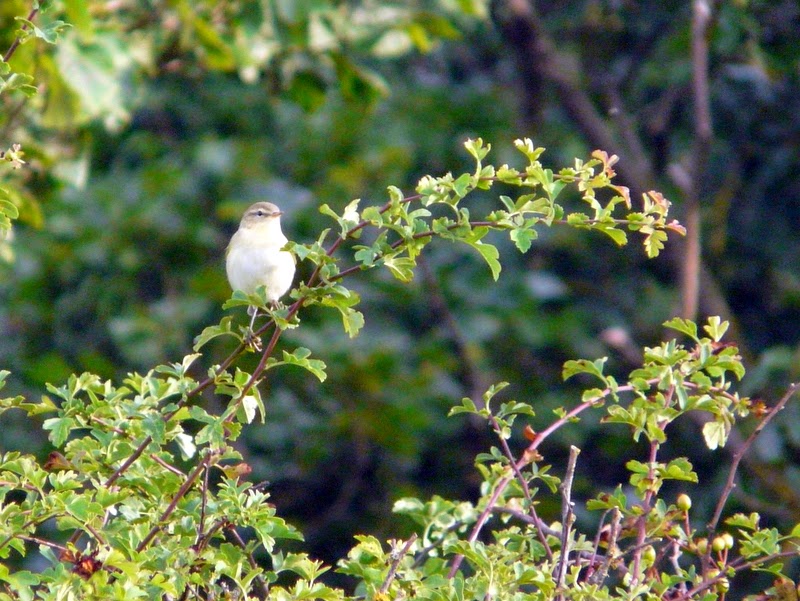 It was a great pleasure to do some birding with phenomenal bird artist and superb birder -Tim Worfolk this morning. Unfortunately it was pretty quiet bird-wise and the hoped for yellow-legged gulls didn't materialise, though we did have a 'probable' fly distantly in to the bay before heading inland. Birds logged included a summer-plumaged great northern diver, 5+ manx shearwater, 4 common tern (Tim later had an arctic tern), several sandwich terns, small numbers of kittiwake and gannet, 2 juv mediterranean gull, 1 fulmar, 2 dunlin, 1 curlew and 25+ common scoter.
I left Tim to have a quick scoot around the tip of Orcombe Point and found at least 3 willow warblers and a grasshopper warbler along with a few phyllosc sp that were probably mostly willows. I suspect a more thorough search of the whole patch would have revealed many more migrant passerines. Three swallow went through during the short time I was up there.
A quick scan off the Imperial produced a single greylag goose in with 82 canada geese. Back for breakfast at 0830. 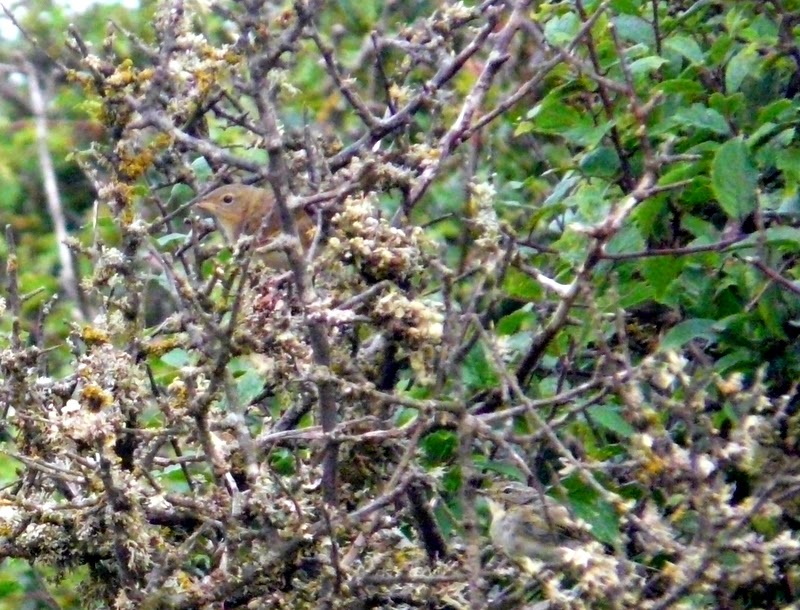 A crap photo of the grasshopper warbler but to be honest I was pleased to get anything! A phyllosc sp is just visible below it - probably a chiffie. I didn't get a single spring gropper this year or a single autumn one last year so this bird represents the first record in quite some time. 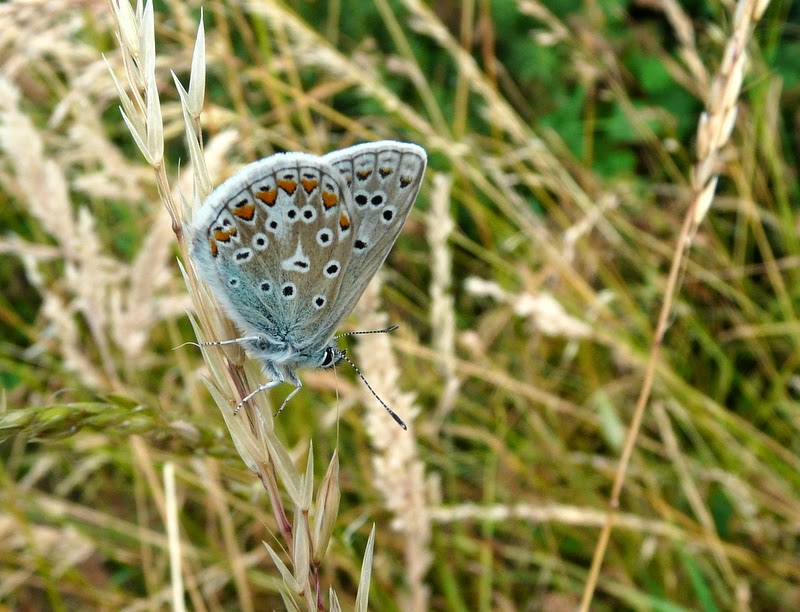 Marbled Green (above) and Clouded Border attracted to the outside light last night. 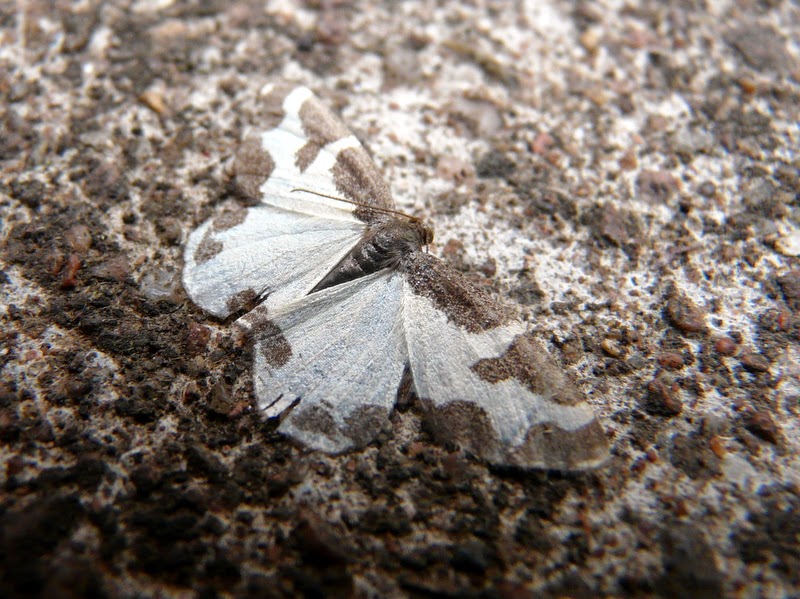