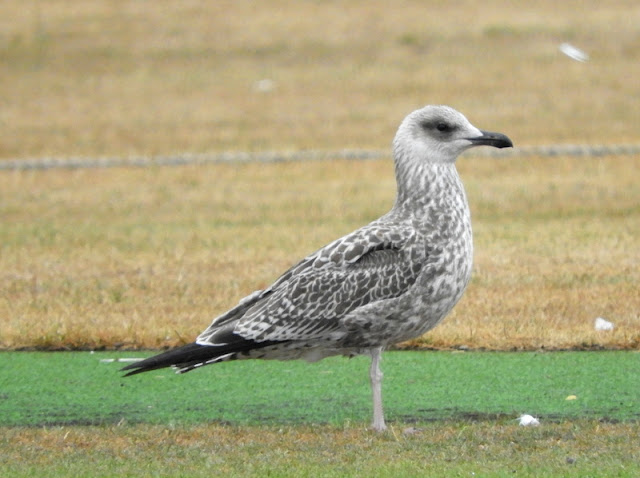 Juvenile Yellow-legged Gull on Exmouth cricket pitch.
A sea-watch from 0540 to 0630, from Orcombe Point, was breathtakingly bad. Just one shearwater past in all that time, and it was either Manx or Balearic. Otherwise, a single Fulmar east and 4 Mediterranean Gulls east, with a trickle of Black-headed Gulls. Gannets didn't even reach double figures! I left to look at the gulls on the cricket pitch, noting 1 juvenile Yellow-legged Gull, about half a dozen Lesser Black-backed Gulls and 7 Mediterranean Gulls, amongst the Herrings and Black-heads.
A glance out to sea again, sometime after 10am, revealed two shearwaters together which were almost certainly Balearics - direct flight, no shearing etc. The visibility has been dreadful this morning. 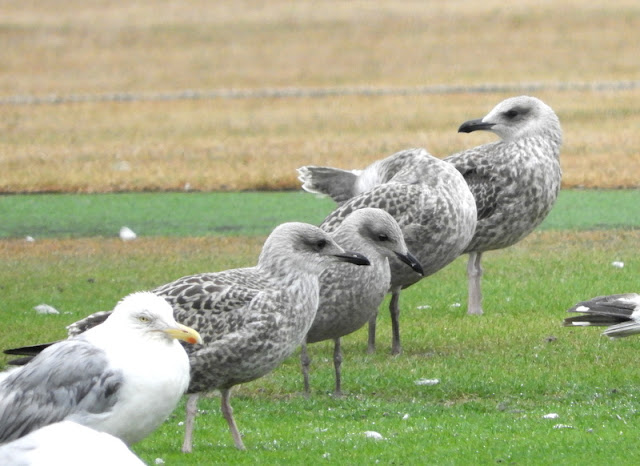 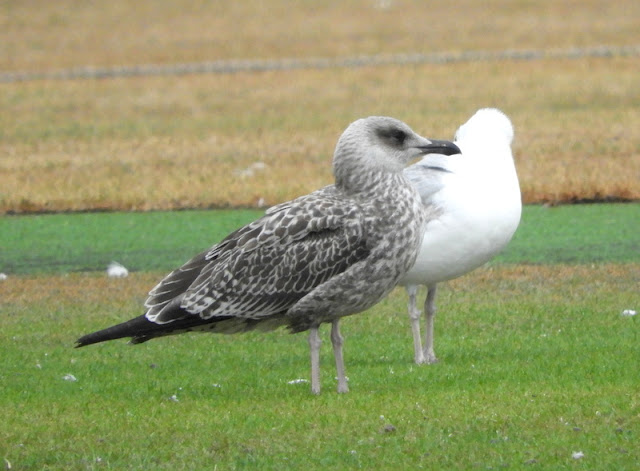 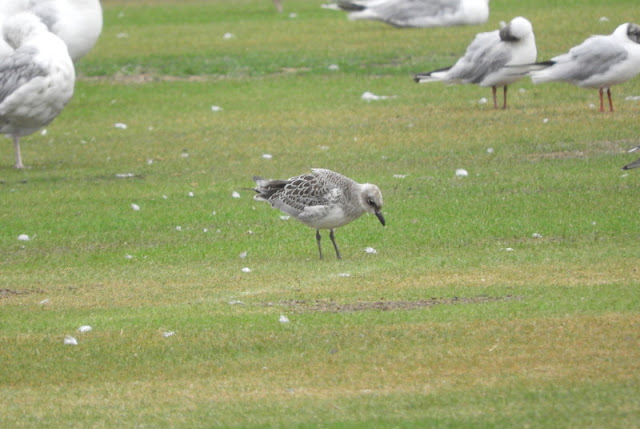 Juvenile Mediterranean Gull. Meds are everywhere you look in Exmouth at the moment, although I haven't seen the numbers they've had at the Warren. 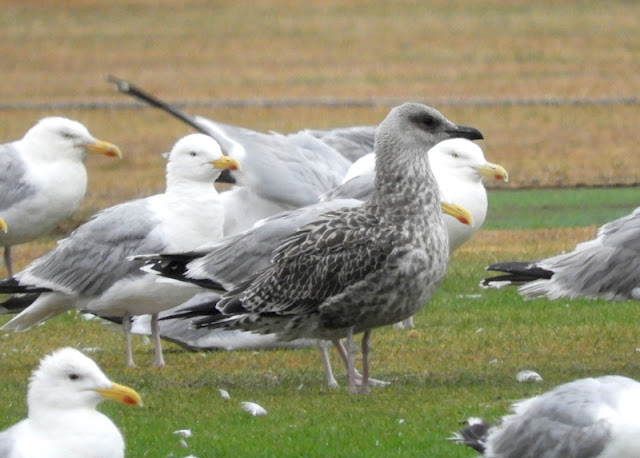