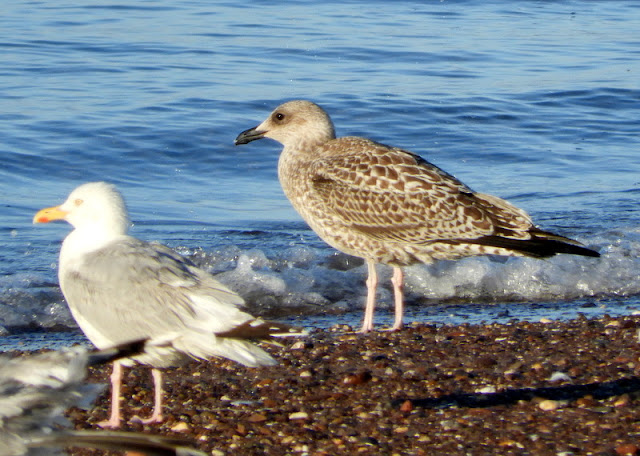 Juvenile Yellow-legged Gull. This individual left a huge feeding throng of gulls offshore, early this morning, to rest briefly on the beach. Also noted in the feeding flock were several Mediterranean Gulls and my first juvenile Lesser Black-backed Gulls of the season. A Dunlin and  Little Egret were also noted during my brief early morning visit. 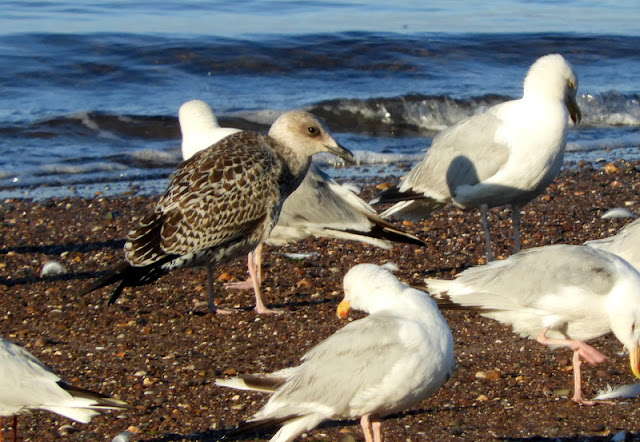 I fluffed the open wing/tail shot. One outstretched wing was the best I could manage..... 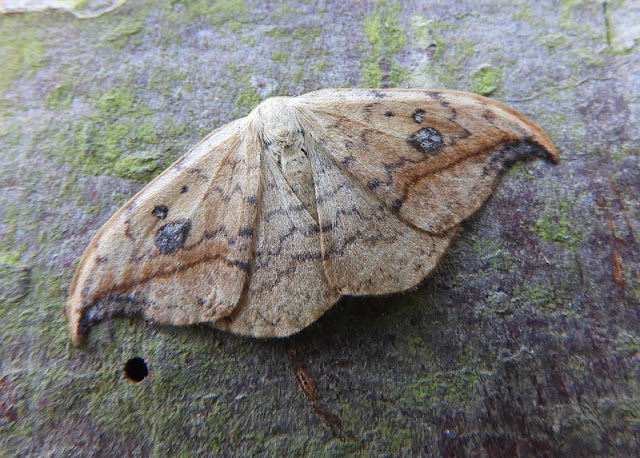 Pebble Hook-tip - my first this year. 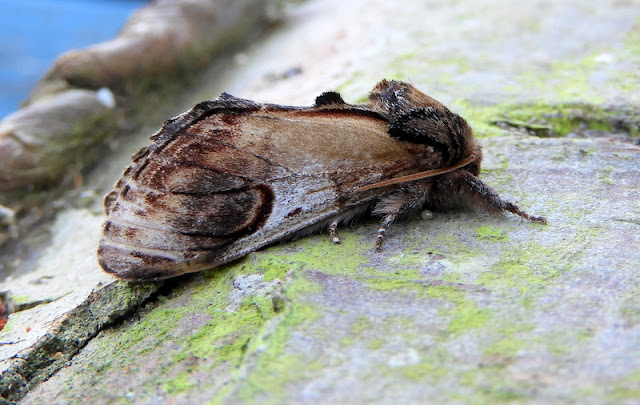 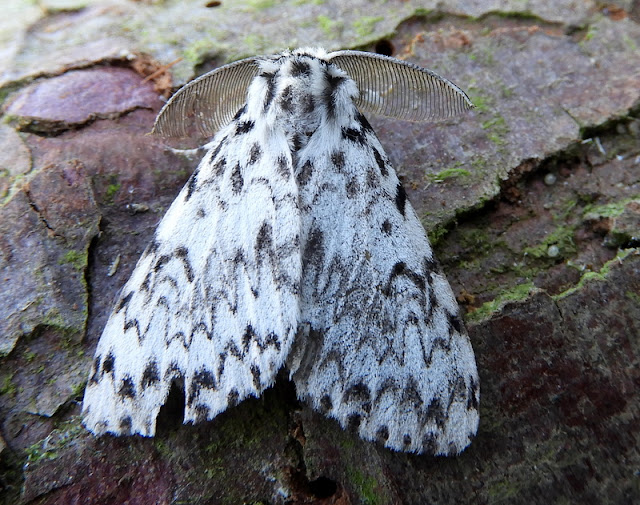 Black Arches - another first for the year.
Posted by matt knott at 08:38