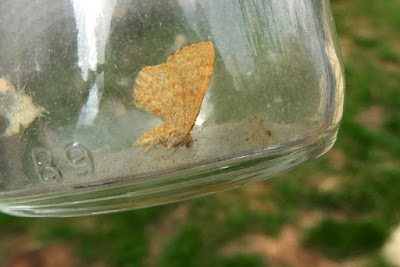 Dingy Shell - trapped at Saint Hill, near Kentisbeare - many thanks Martin. This species likes damp woodland and marshy areas, which doesn't best describe where Martin lives. In fact I'm arguably in a more suitable area, but I haven't scored with this little 'Geometrid' yet! The resting posture (shown above) is very distinctive for this species. Its wings are always closed in a butterfly-like fashion.
A decent selection of moths trapped in ideal conditions last night. They included at least half a dozen Silver Y, 1 Rusty Dot Pearl and a couple Diamond-back on the immigrant front, and firsts for 2018 included Cabbage Moth, Herald, Lobster Moth, Leopard Moth, Phoenix and Scallop Shell. Moth 'du jour' however was my first ever Dingy Shell, safely transported to Exmouth courtesy of Martin.
I normally like to photograph moths 'out of the pot' but we didn't want to risk losing this one, and it will be released safely back in Kentisbeare later this evening. Thanks again Martin. 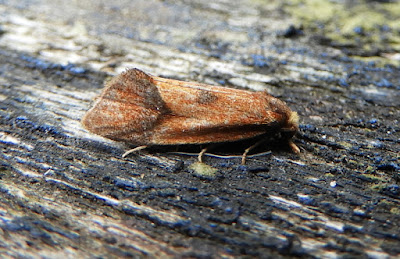 Knapweed Conch - Agapeta zoegana - dark form. Knapweed Conch is my absolute favourite 'micro', so I was chuffed to see the dark form today - a first for me. Below is what they usually look like. 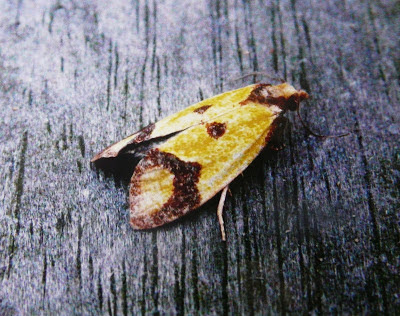 This one was photographed in Rockbeare a few years ago. 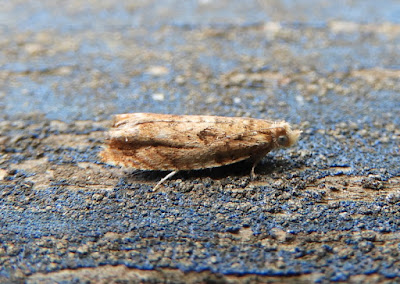 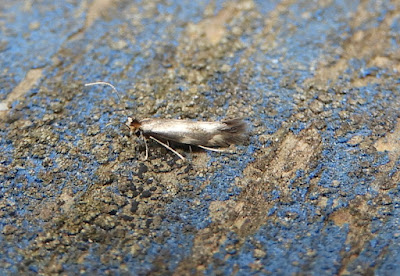 Micro sp - a work in progress and just c4-5mm long. 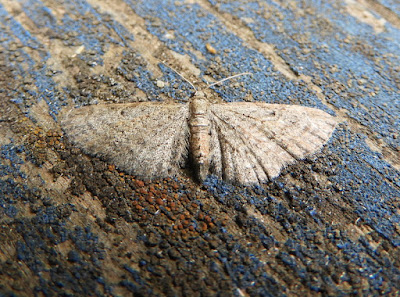 Slender Pug - I'm catching more of these than Haworth's Pug at the moment. 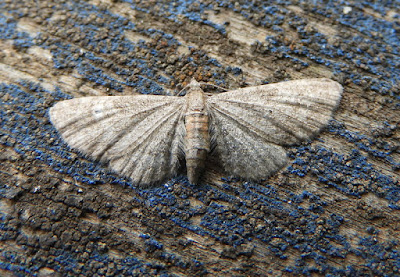 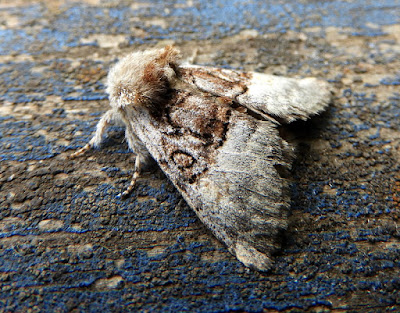 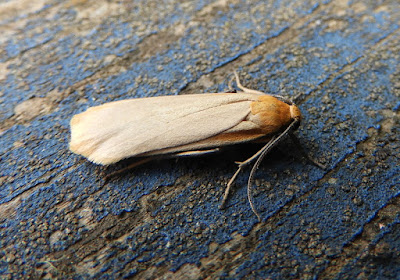 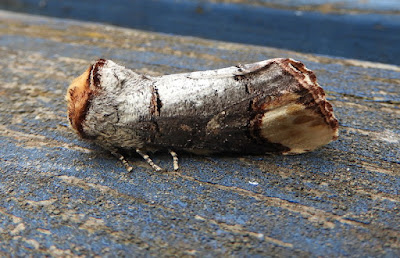 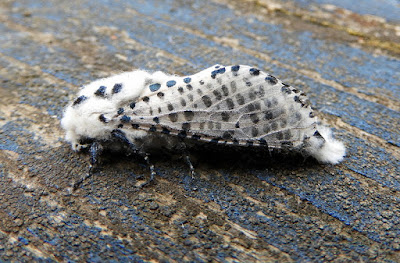 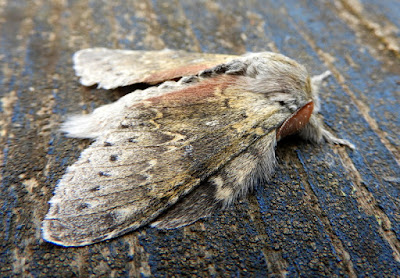 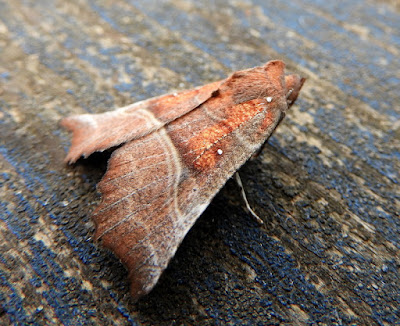 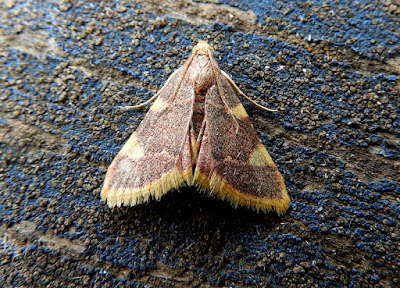 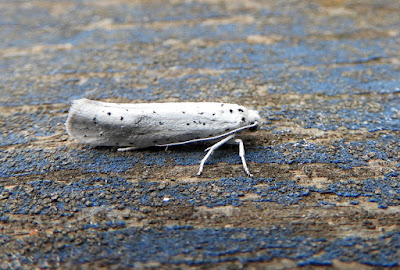 Ermine sp - I'm catching lots of these at the moment, but I'm no closer to identifying them. Having said that, the size, grey sheen on white and tiny black spots perhaps point to Willow Ermine. 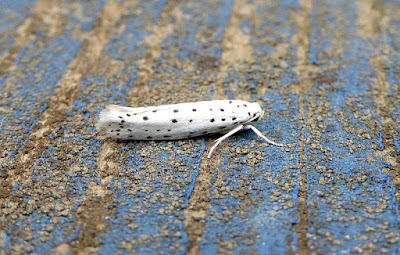 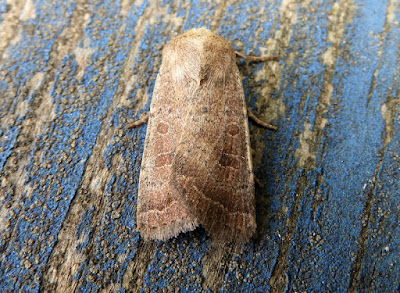 Rustic - a few of these starting to turn up now. Their confusion species - Uncertain are still around but looking less and less fresh. 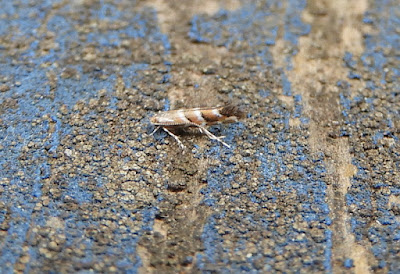 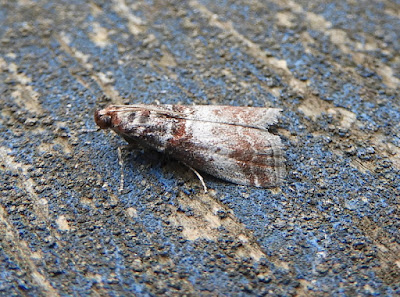 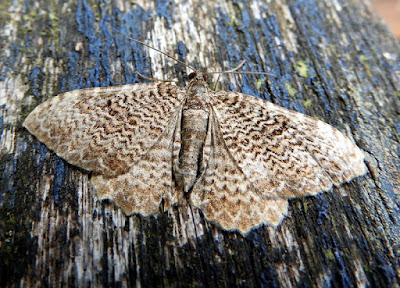 Scallop Shell - a truly gorgeous moth which would have been today's highlight were it not for the  Dingy Shell.
Posted by matt knott at 09:21