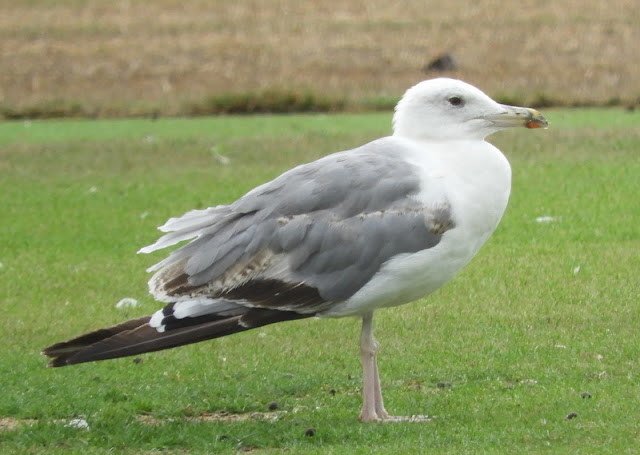 The long-winged, high-chested, long-legged and small, round-headed appearance sent me down the 'Caspian' path. The positioning of the small dark eye looked promising too. Although the bill is undeniably thick-based I felt it tapers to more to the shape of Caspian as opposed to the oft-quoted 'hatchet' bill of a Yellow-legged Gull (created by steep gonydeal angle).
I thought I was on to a Caspian Gull this morning. The bird was resting on Exmouth cricket pitch and was easily picked out by its darker grey upperparts. It's a second-summer bird and I felt that structurally it was a better fit for Caspian. With a bird of this age, and in this state of moult, there are no real diagnostic features to go on, but it should ideally show a small white mirror on p10 and this bird most certainly doesn't. That feature can however be absent on Caspians, but arguably would make this more likely a hybrid and therefore less safely identifiable as Caspian. Mike Langman has seen the photos and agrees it looks structurally ok for Caspian, but he was concerned about the thickness of the bill, and of course the lack of white mirror on p10. Tim Worfolk managed to see the bird before it flew, and cautiously felt it looked ok for Caspian (though a little thick-billed), but wanted to look more closely at the upperwing pattern before committing to an id. And finally, thanks to Tim, Martin Elliot has seen photos of the bird and thinks it's just Yellow-legged Gull. Gulls are rarely straightforward but rest assured I won't be submitting this as a Caspian!
Otherwise a couple Mediterranean Gulls and another juvenile Yellow-legged Gull were present earlier on. 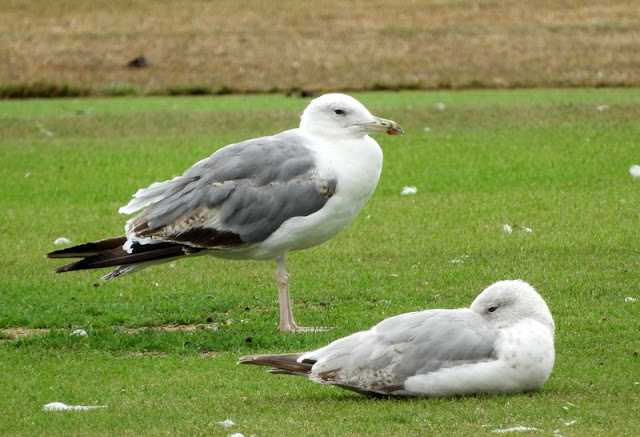 It's so tricky judging size and structure of gulls. To my eye this looks to have long tibia and a small rounded head. It lacks the brow and fierce look that I normally associate with Yellow-legged Gulls, and I'd expect the eye to look paler. Gulls however are so variable, that none of these features hold much weight, and may be interpreted completely differently by other observers. 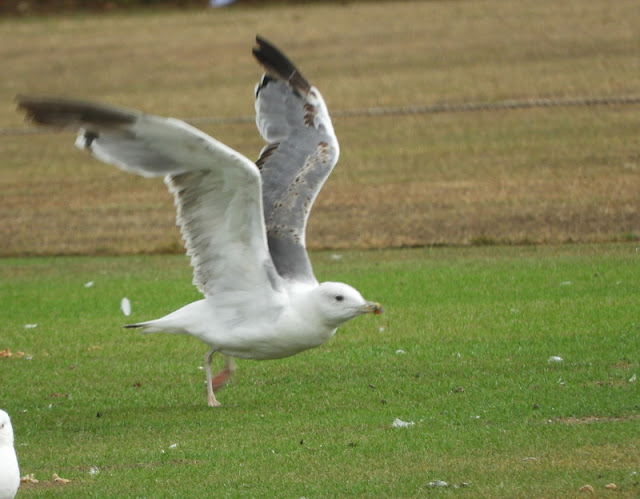 Lack of a mirror on p10 raises concerns about the identification. Otherwise the black band on what is apparently p5 is ok for both Caspian and Yellow-legged, so isn't really of any help. 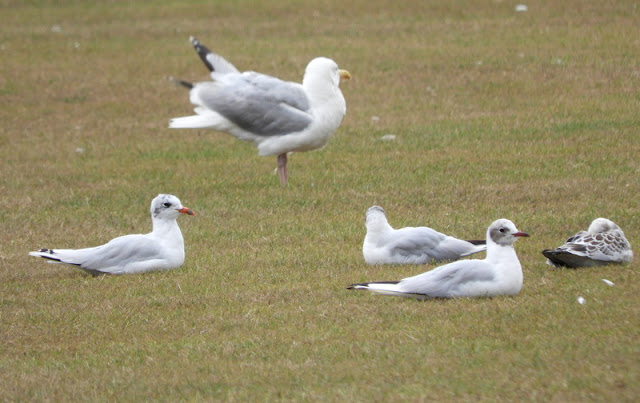 50% of the small gulls on the cricket pitch were Meds. 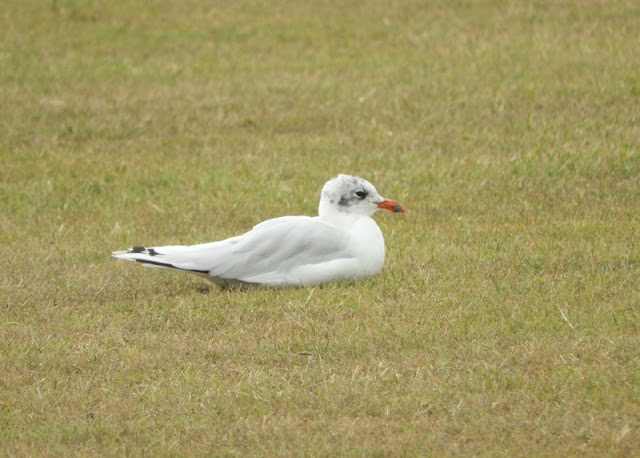 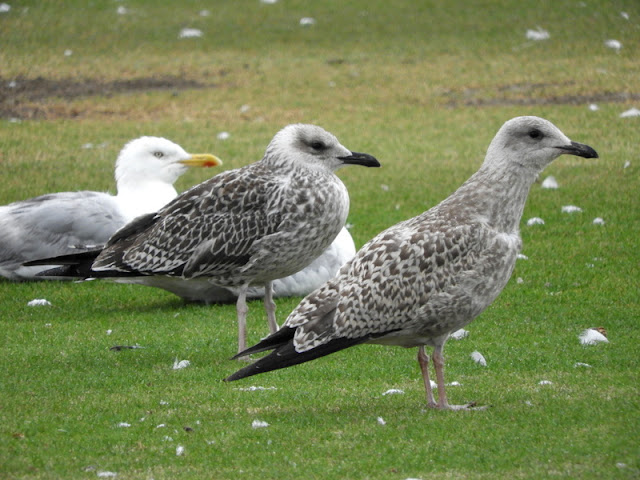 Juvenile Yellow-legged Gull (with a juvenile Herring Gull to its right). 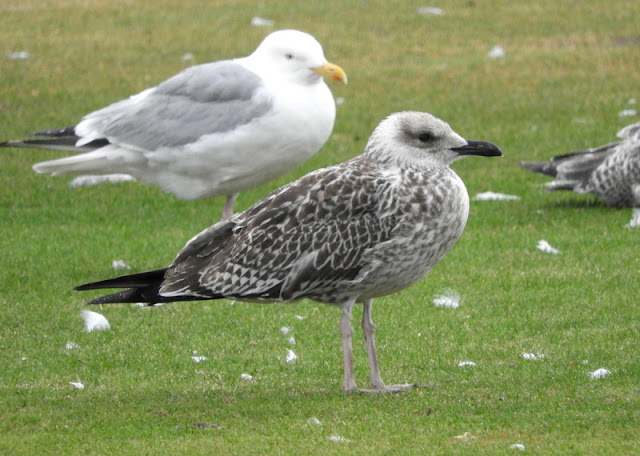