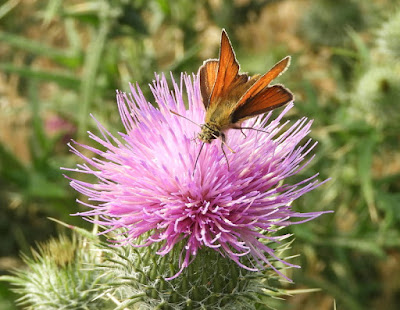 Small Skipper - West Lodge
Still very quiet on the bird front but to be honest I haven't really been looking very hard. A half-hearted look off the hot and busy seafront yesterday afternoon revealed just a dozen Sandwich Terns, a first-summer Mediterranean Gull and, surprisingly, a Kestrel heading towards Orcombe, out over the sea, from the direction of Dawlish Warren. 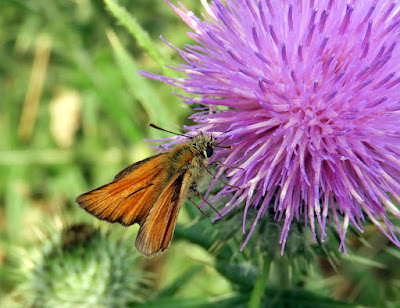 Male Small Skipper - the curved black line on the forewing is called the sex brand. These are specialised scales from which pheromones are released to attract a mate. 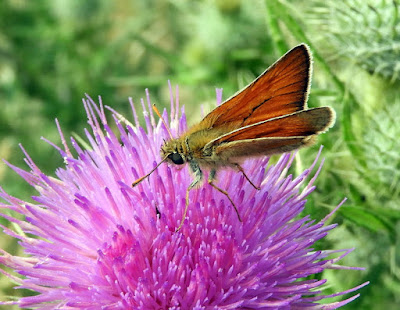 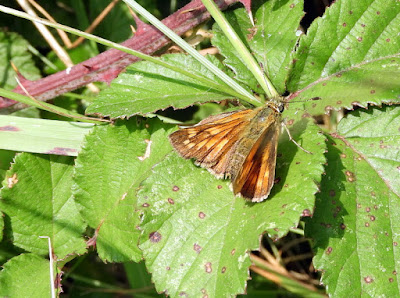 Large Skipper - this species is now being out-numbered considerably by Small Skippers. 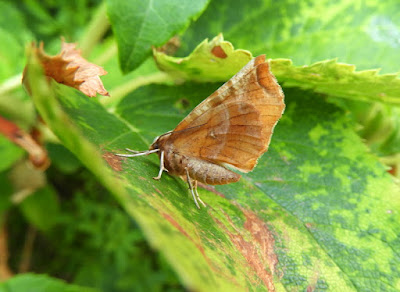 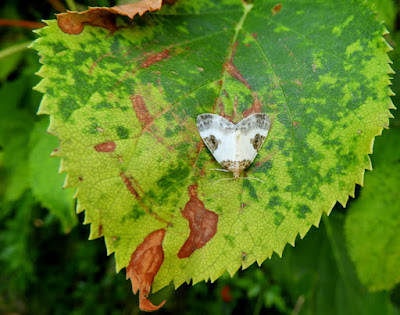 Blue-bordered Carpet - only my second ever. 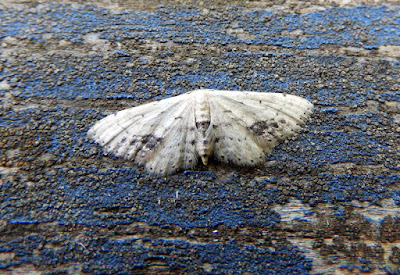 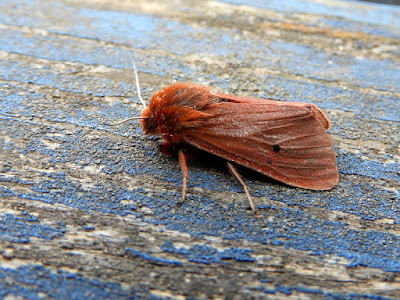 My first Ruby Tiger this year. Not too much else in the trap last night but 5 Silver Y and a Bird-cherry Ermine offer some hope of something rarer. 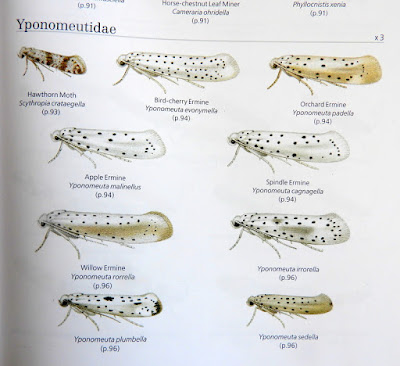 Richard Lewington's fabulous 'Yponomeutidae' plate from the indispensable 'Field Guide to the Micro Moths of Great Britain and Ireland'. Not an easy group to get to grips with despite these beautiful illustrations. 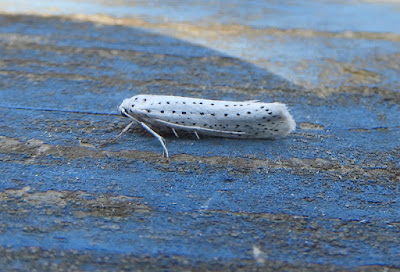 Bird-cherry Ermine - a presumed immigrant and the easiest 'Ermine' to identify, with its neat rows of black spots. 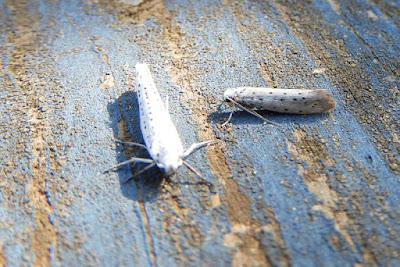 Ermine sp on the right alongside the considerably larger Bird-cherry Ermine. Size-wise it suggests Y. sedella but it's not quite right for that species, so perhaps Orchard Ermine? See the above plate. 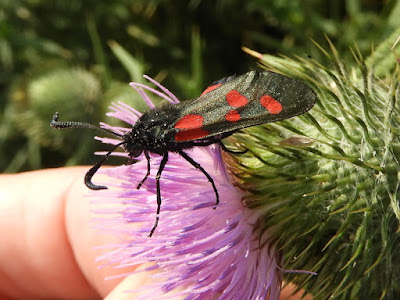 Five-spot Burnet on the West Lodge thistles, found whilst walking the dog with Lu.
Posted by matt knott at 11:21