Searching for Odonata on Dartmoor 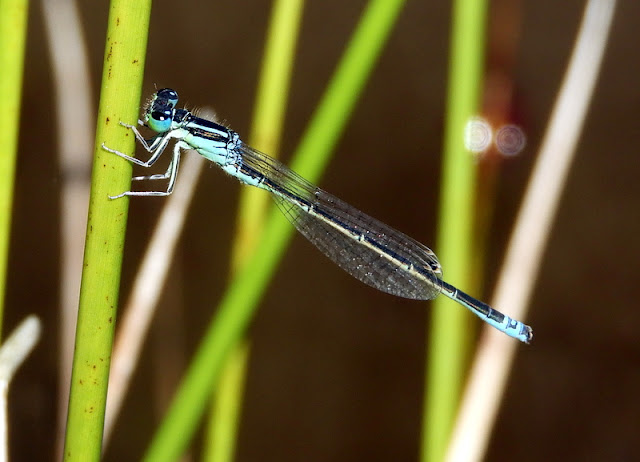 Scarce Blue-tailed Damselfly (male) - near Cadover Bridge. The pattern of blue on the tip of the abdomen is different to Blue-tailed (see below).
One of my aims this summer is to learn about dragonflies and damselflies, so with that in mind I spent a very pleasant morning searching some sites on Dartmoor. It was great, not least because I so very rarely get up there these days. My targets were Southern Damselfly and Scarce Blue-tailed Damselfly - both scarcities and both species I've never seen before. I started at Prewley Moor, not far from Okehampton, and then followed the picturesque A386 south'ish, through Tavistock, and on to Cadover Bridge. I came back along the A38 which meant I pretty much circumnavigated the whole of Dartmoor. I failed to find Southern Damselfly (it's perhaps a bit too late in the season) but otherwise did pretty well.
Bird-wise there were a couple of surprises with a calling Willow Tit along the Granite Way at Prewley Moor, and a presumed migrant juvenile Sedge Warbler in a runnel on high moorland, close to Cadover Bridge. Once again a big thank you to Dave Smallshire for the site information. It was hugely helpful! 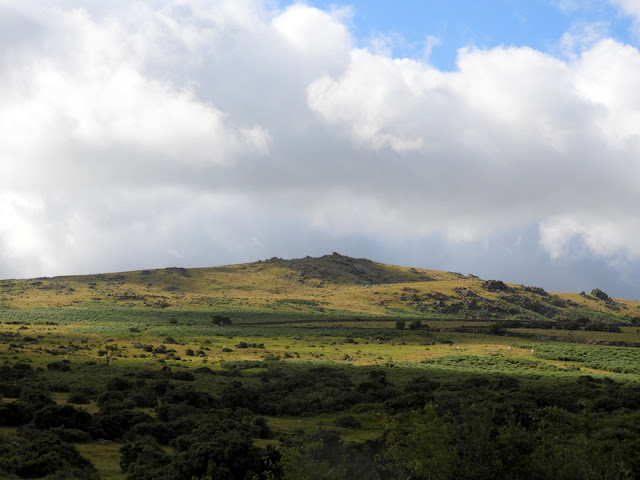 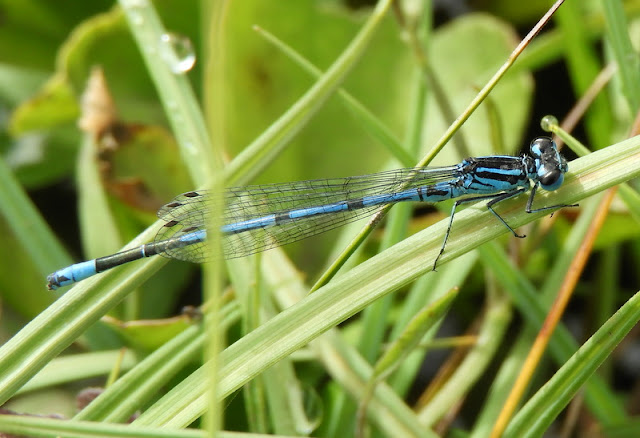 Azure Damselfly - Prewley Moor. No Southern Damselfly at this site but I did see Small Red Damselfly, a small number of Keeled Skimmers and a Golden-ringed Dragonfly. 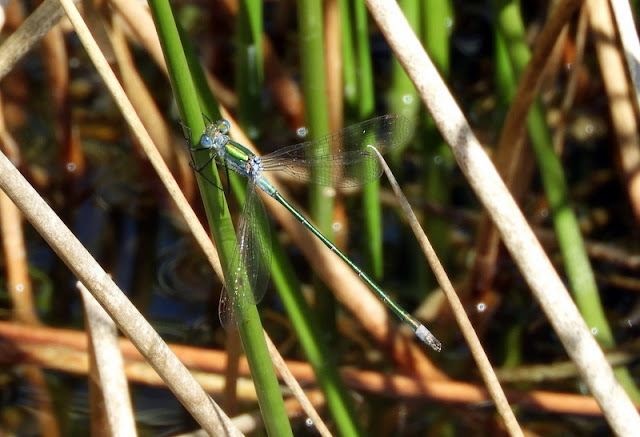 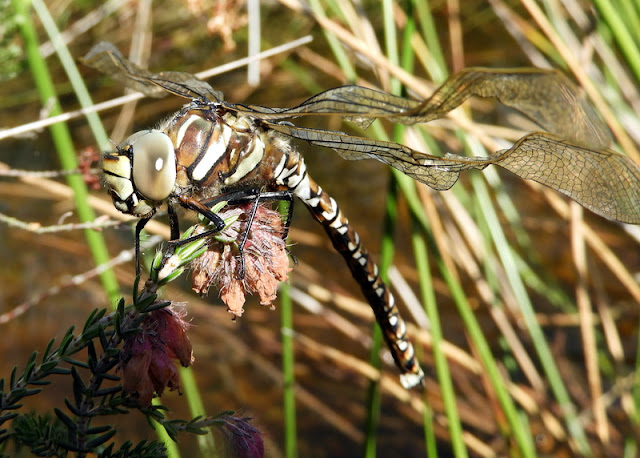 Common Hawker (immature male) - near Cadover Bridge. This is a new species for me. According to Dave, this wing damage is likely to have been caused by the recent brief spell of stormy weather. It sadly means that this individual is unlikely to be able to fly. Note the yellow costa (front edge of the wings) which is diagnostic of this species. 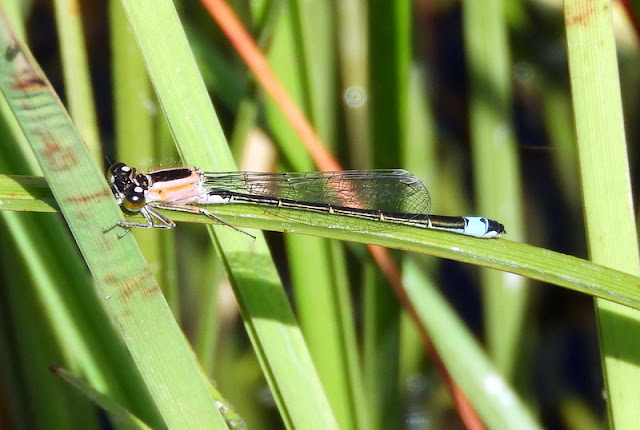 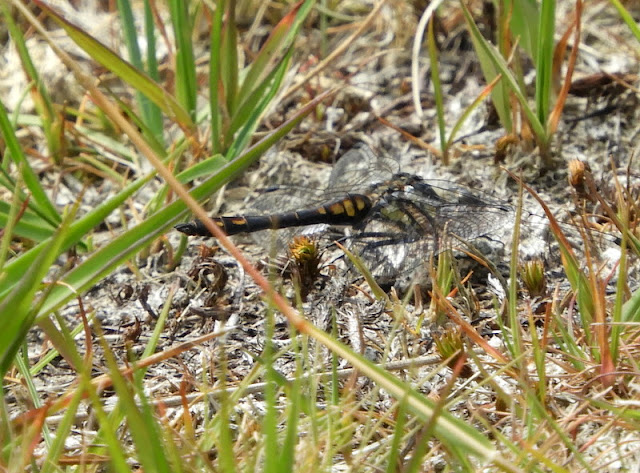 Black Darter - the only shot of a male that I managed. After taking this photo I moved to try for a better angle but it disappeared. 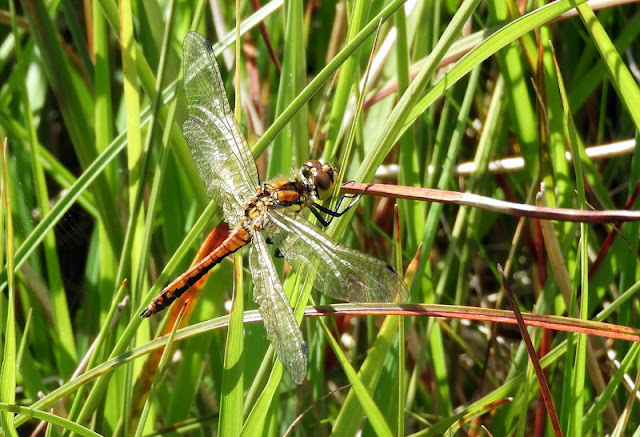 This immature male Black Darter was much more obliging. I wasn't expecting this species to be so small. This individual also has some wing damage but it seemed to be flying pretty strongly. A few Common Darters and a probable Emperor Dragonfly were also seen at this brilliant site, near Cadover Bridge. 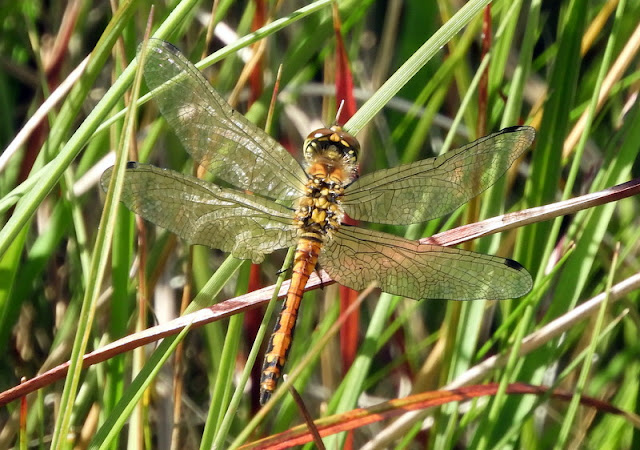