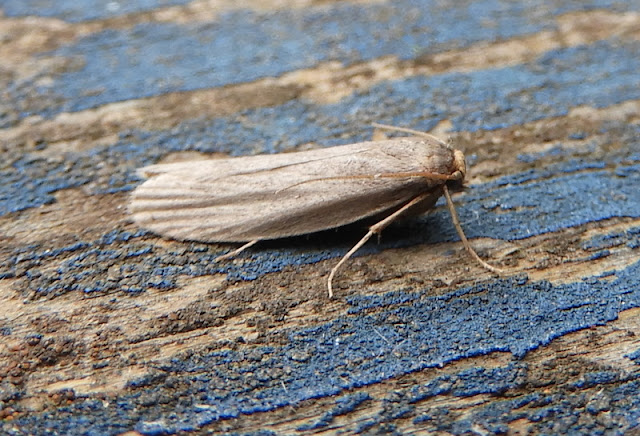 Lesser Wax Moth - a new one for me, though not a scarce species. The name comes from the fact that the larvae feed on wax in old honeycombs. Was gutted to lose a presumed Acleris emargana from the trap which would have been another new one. Immigrant species included a small number of Silver Y and one or two each of Rusty Dot Pearl and Diamond-back. 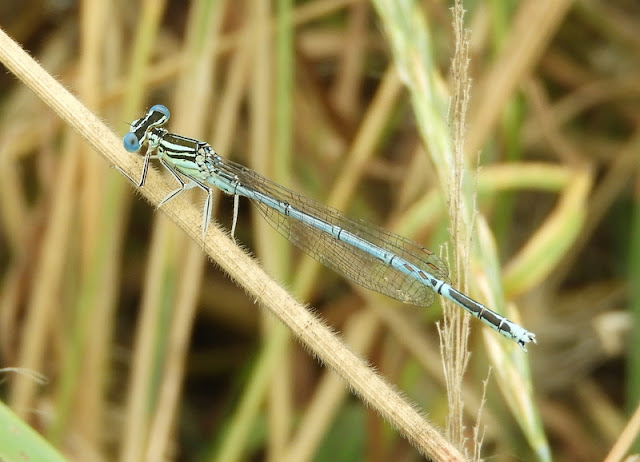 White-legged Damselfly - male - a big thank you to Dave Smallshire for helping me track this species down. Just as he suggested, I found them resting in nettle beds. Apart from the white legs this species has a narrower head than its close relatives, and the markings on the abdominal segments are quite different. Colour-wise it's much paler than Common Blue and Azure Damselflies, and I thought it looked almost turquoise in flight 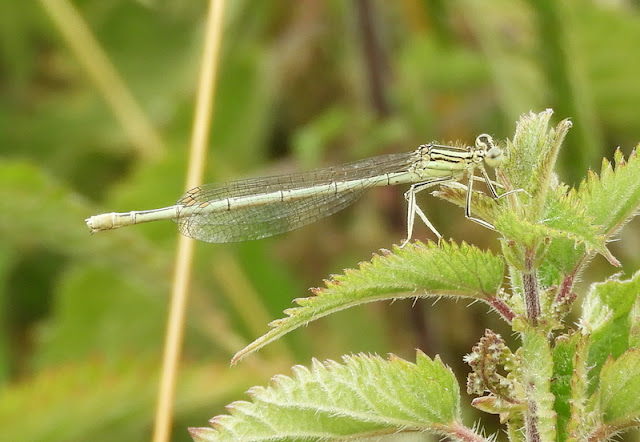 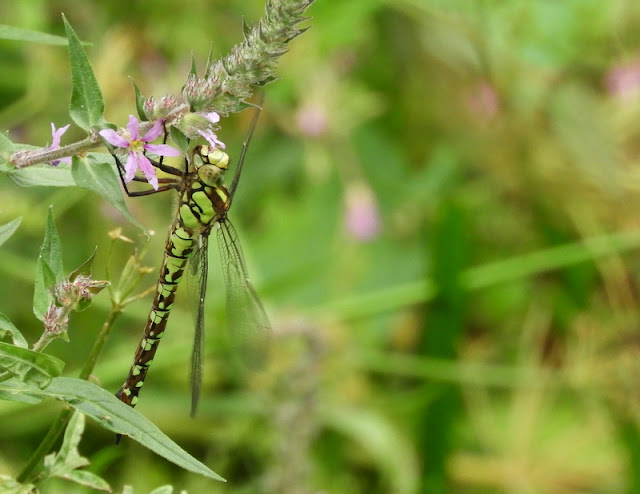 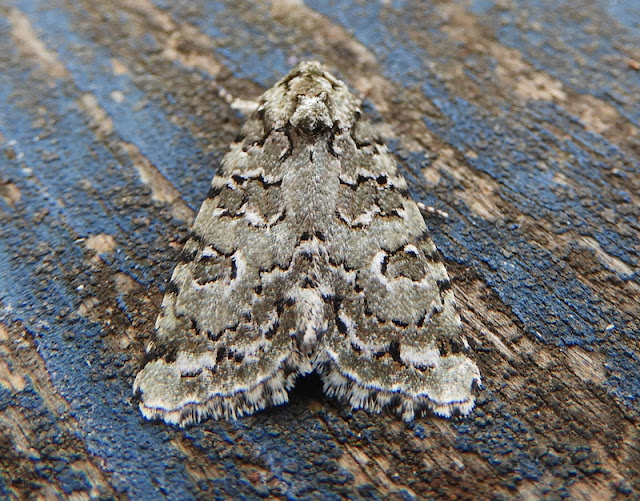