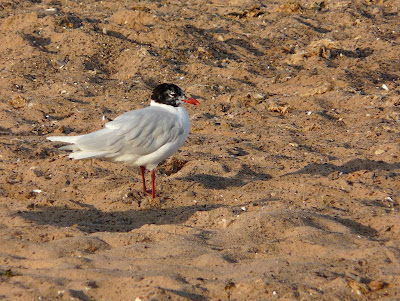 Mediterranean Gull
My first Yellow Wagtail of the autumn flew north along the seafront first thing this morning. About 20 Common Scoters were distantly offshore and on the beach there were adult and juvenile Mediterranean Gulls with another couple juveniles out in the bay. Two Little Egrets arrived 'in-off' as did 7 Swallows. Off Mudbank there were 11 Mediterranean Gulls (including 5 juveniles), 90+ Sandwich Terns, 13 Mallards and 3 Redshank.
The mothing was excellent last night. I've been dying to see Striped Wainscot (I've got a thing about the Wainscots) so I was over the moon to find one hiding in the egg boxes. It's a subtly beautiful moth but my photos don't do it justice. The rest of the large catch included Barred Red, Bordered Beauty, Leopard Moth, Phoenix, Herald, Four-spotted Footman and Ochreous Pearl - another new one for me. Immigrants were represented by 2 Silver Y, 2 Diamond-back Moth, 1 Rusty Dot Pearl and 3 European Corn-borer, though I suppose any of the aforementioned species could actually be locally bred. It's always very difficult to be sure with moths.
To top off a wonderful morning Nick came over and casually handed me a pristine Currant Pug - yet another long-awaited first and macro species number 450 on the 'photographed' list. 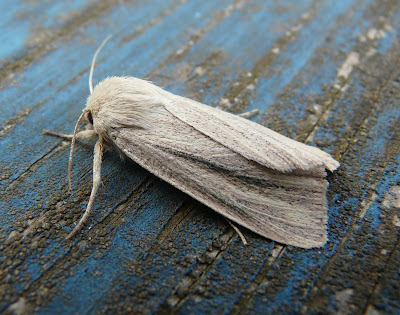 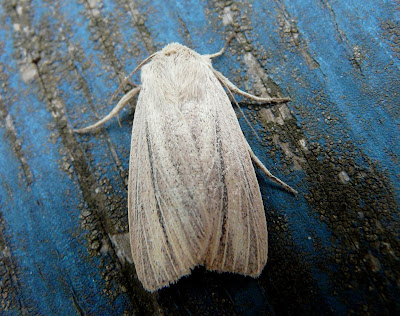 Superficially similar to Smoky Wainscot but actually quite different, with delicate shades of pastel pink and straw yellow. The wings are dusted with tiny black scales and the wing shape is more rounded - a lovely moth. 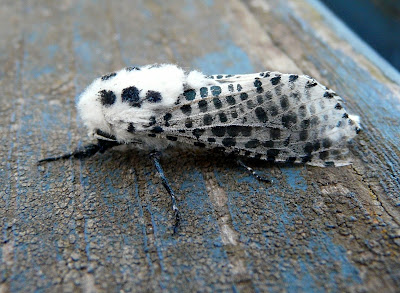 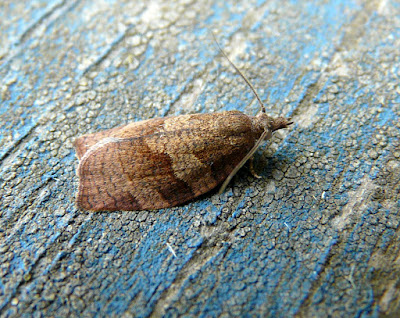 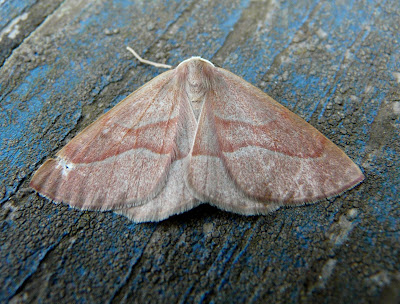 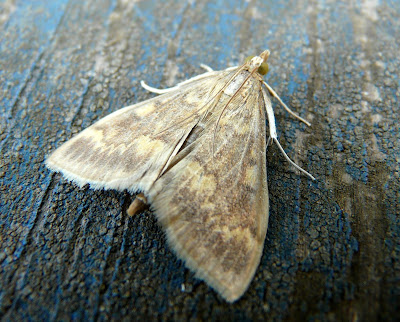 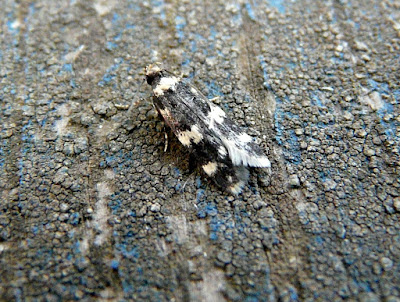 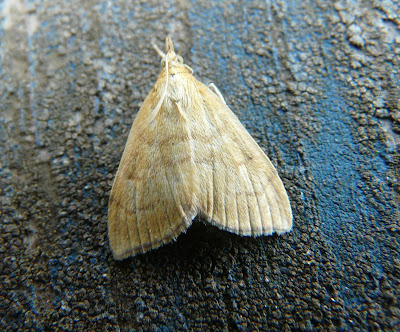 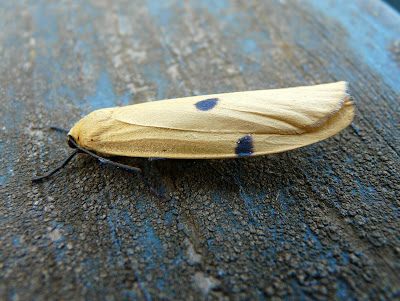 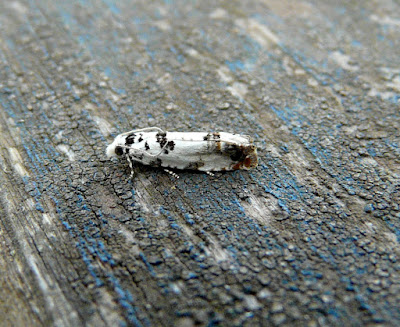 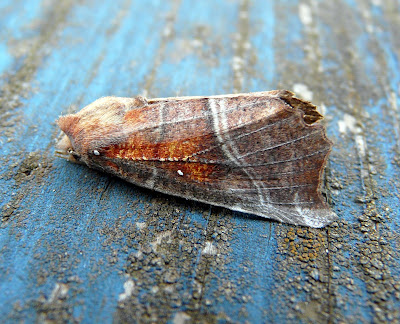 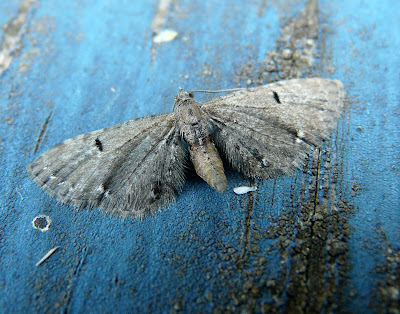