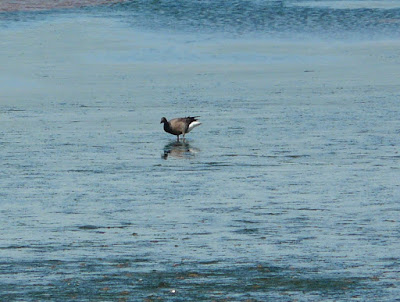 Dark-bellied Brent Goose - Mudbank. This bird has been hanging around for a few days now. A terrible photo but it's a bit of a novelty capturing an image of this species in July.
The hot weather has coincided with the start of the summer holidays but it makes birding ten times harder. Not only is it uncomfortably hot but the seafront is heaving with tourists and locals and the glare on the water makes looking at the estuary a difficult task. That said, I did just about manage to grill the gull flock off Mudbank and pick out my first juvenile Mediterranean Gull of the summer. A couple of older birds were also in the flock but I didn't even attempt any photographs. The Dark-bellied Brent Goose is still off Mudbank and 8 Mallards herald the start of the annual late summer duck build-up.
I was a little disappointed with last night's moths. Conditions were great but the only new species was a tiny Tortrix that has so far confounded my identification attempts. It was good to see only my second ever Gold Triangle and several species made their first appearance of the summer. The only immigrants were 5 or 6 Diamond-backs and a couple Rusty Dot Pearls. Several Silver Ys were disturbed from the grass on Bystock Common but there were none in the trap! 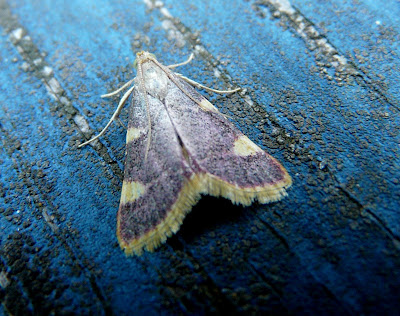 Gold Triangle - this is only the second one I've ever seen. In the pot it adopted its full resting posture with its wings stretched out. A very smart little moth. 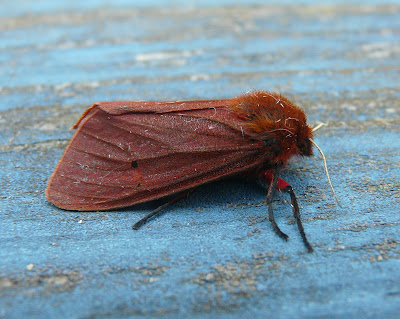 My first Ruby Tiger of the summer. 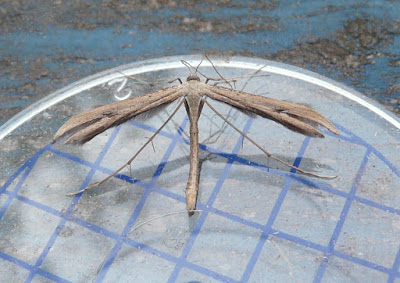 Plume Moth sp. Nick trapped this moth along with a slightly slimmer, paler-looking Common Plume. Is it just Common Plume or something else? 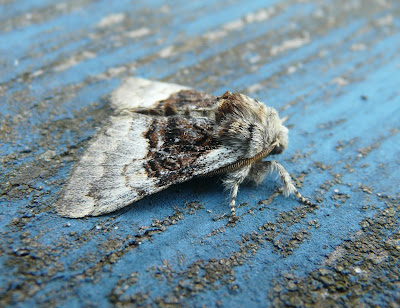 Nut-tree Tussock - one of three trapped and the first I've seen this summer. 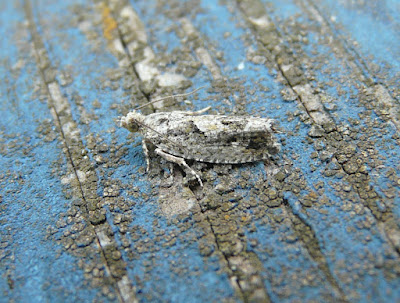 Tortrix sp - it's very frustrating not to be able to put a name to this smart little micro. It's totally unfamiliar to me so certainly 'new'.
Edit - after an extensive search online I finally found a match - Cock's-head Bell - Zeiraphera isertana 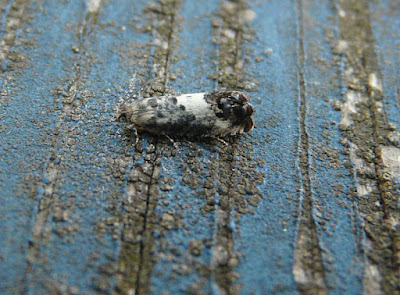 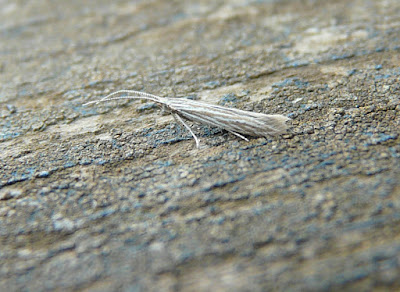 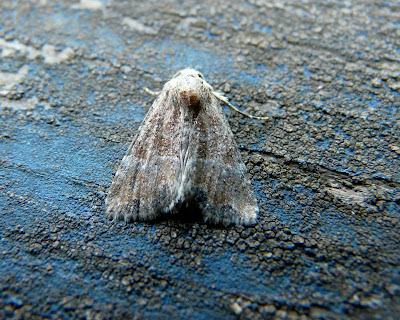 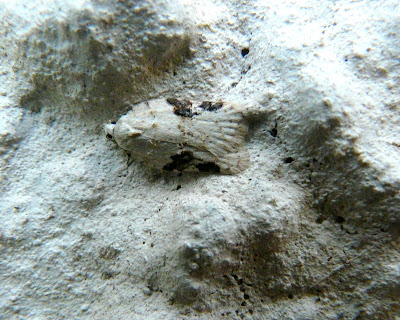 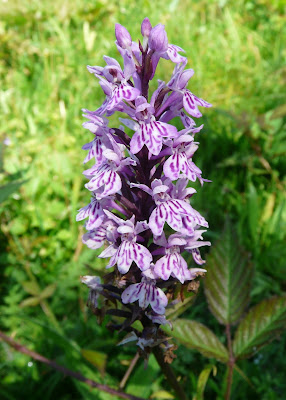 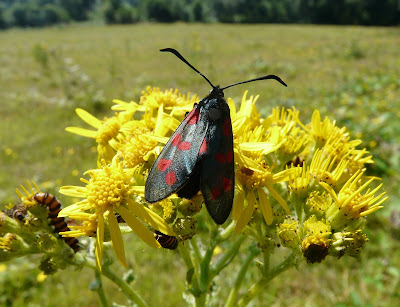