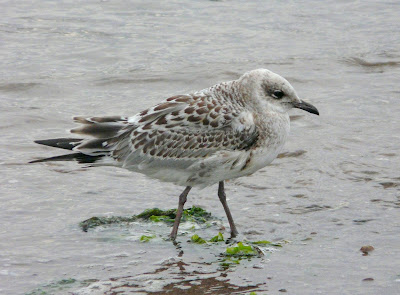 The Meds have been a bit thin on the ground compared to previous years. We haven't had the 'double-figure' beach gatherings that normally occur when the seaweed builds up on the beach, so I took advantage of the fact that this juvenile allowed quite close approach and took some photos. Unfortunately it was a gloomy old morning so the results weren't as good as they might have been. Not a lot else around this morning but I did log another juvenile Yellow-legged Gull out in the bay, as well as an adult Mediterranean Gull, 1 Ringed Plover, c10+ Manx Shearwaters, c10+ Common Scoters, 1 Grey Heron and a dark phase Arctic Skua that powered into the bay before chasing Sandwich Terns just off the Warren.
A further 3 or 4 Mediterranean Gulls were off Mudbank and 4 Silver Y and a Rusty Dot Pearl were trapped overnight. 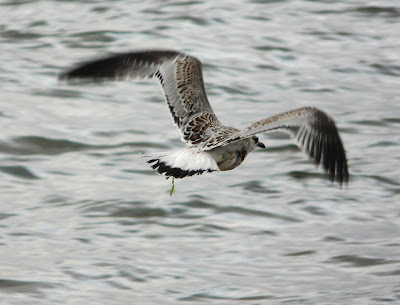 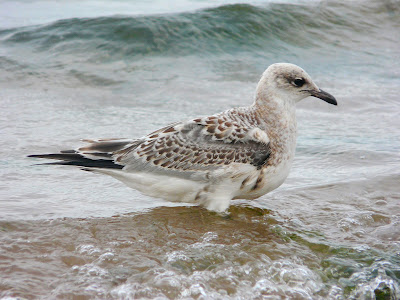