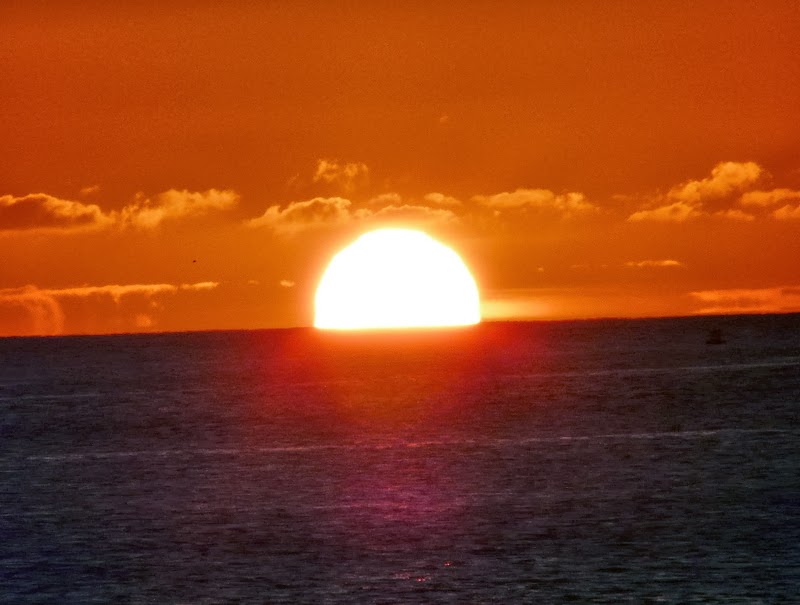 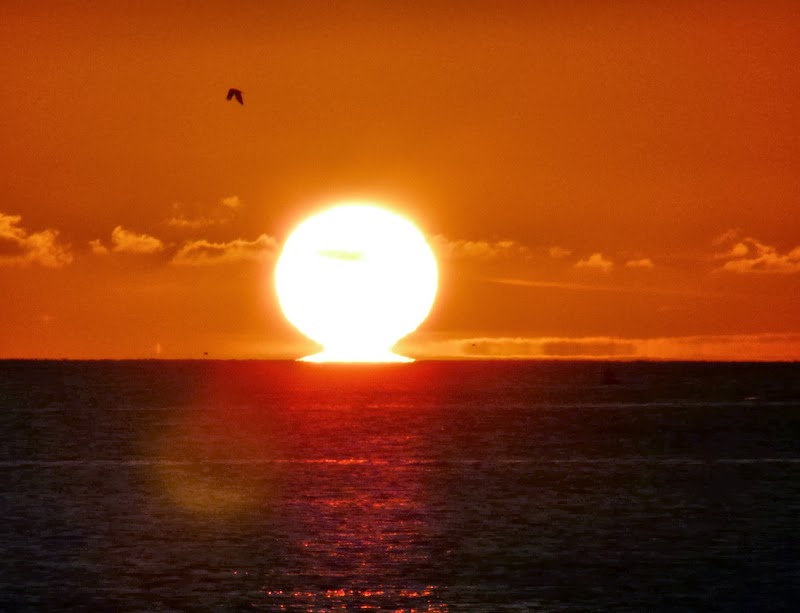 The sunrise from Exmouth seafront was magnificent this morning and it has remained sunny all day. I watched the sea for half an hour before I had to take Joel to football. Best bird was a long-tailed duck (female-type) which flew from Orcombe towards the Warren. On and around Maer Rocks were 99 brent goose, 1 curlew and 3 turnstone. No purple sandpipers and no sign of the eiders either. 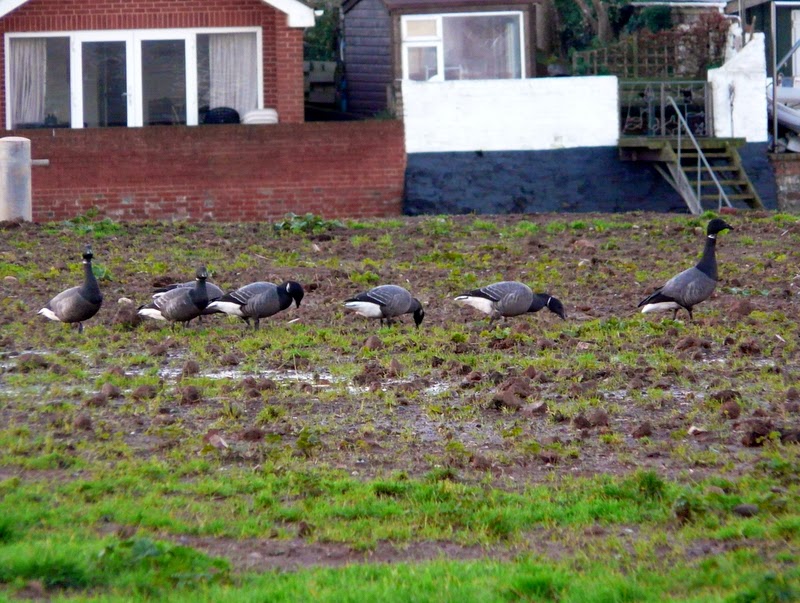 I had a quick and unsuccessful scan from the Imperial rugby ground for yesterday's presumed glaucous gull and tried again later this afternoon with Chris Townend but to no avail.
This family group of seven dark-bellied brents seem to keep themselves to themselves. They're often around the Imperial rugby ground area and I sometimes see them around Orcombe Point. It's funny how they seem to prefer their own company to that of the large flocks that are currently frequenting the north and west parts of the river. 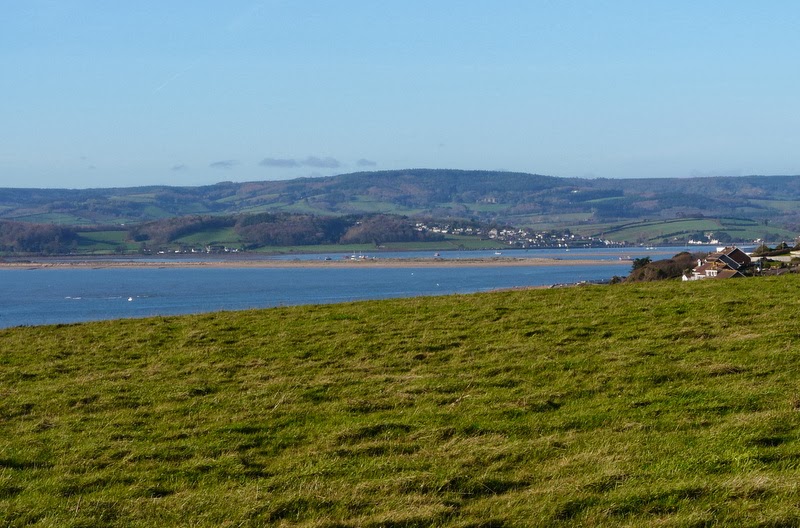 This was the sunny view, looking back towards the Warren, from Orcombe Point late this morning and I also managed a quick look at Hayes Barton pig farm where the low gull count was disappointing. All I saw during my brief visit was c5+ meadow pipit, 1 stock dove, 1 red-legged partridge, 1 grey wagtail, 2 reed bunting and c20+ chaffinch. The red admiral pictured below was nice though if a little early! 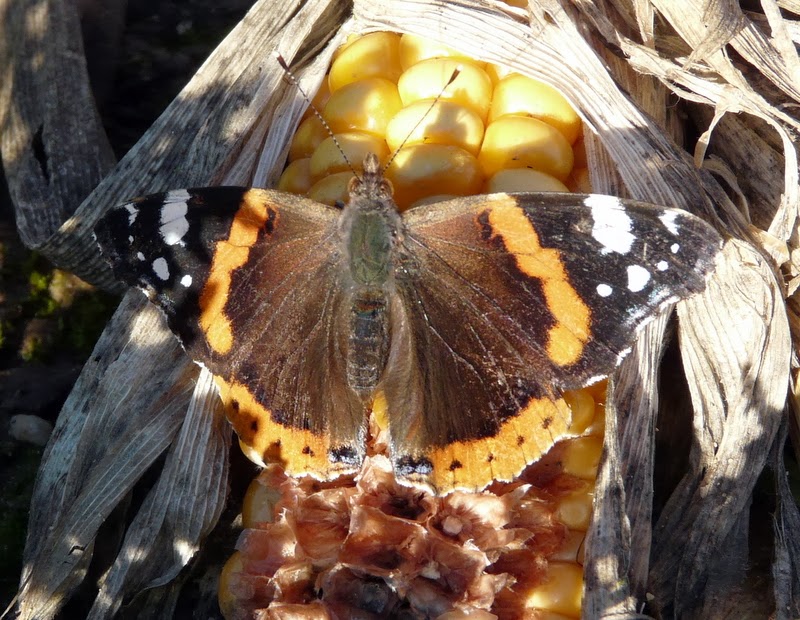 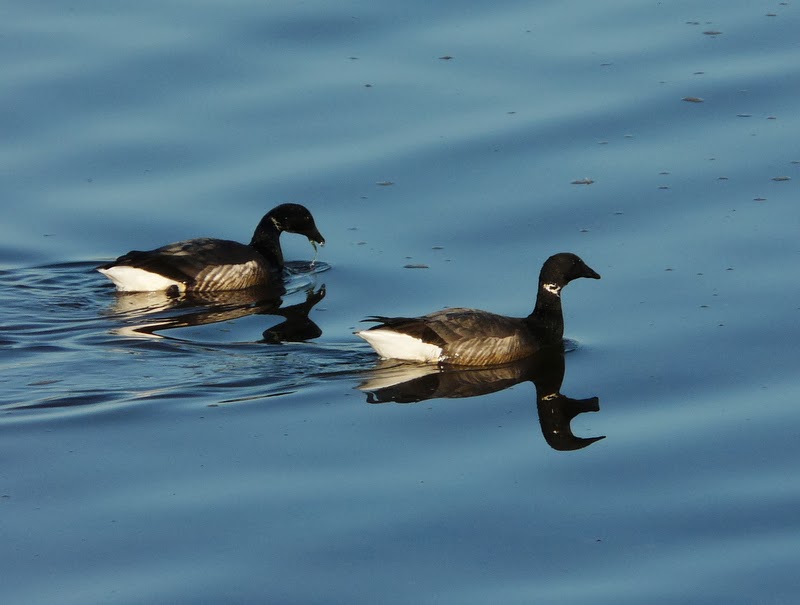 -Like the odd-shaped reflections on these brents photographed off the Imperial rugby ground this afternoon.
Posted by matt knott at 10:28