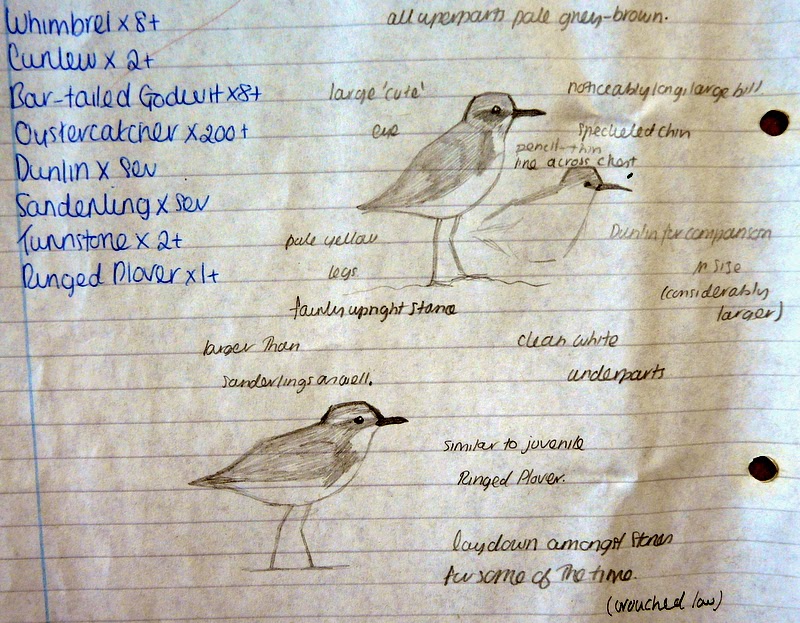 April 29th 1988 - an early morning visit to the Warren, thanks to Dad, for Britain's 7th and Devon's first greater sand plover. The bird had been discovered two days earlier on April 27th by Andy Bond, Dave Stone and Ernie Davis. I can't remember how I heard about it but I remember it being an exciting time in Devon with a little bittern at Starcross three days later, hot on the heels of another at Slapton on April 16th (I dipped the Starcross bird and didn't even try for the brief Slapton individual). I'd also seen the East Allington black stork on April 14th.
Shortly after our arrival in the hide the bird flew in with a whirlwind of small waders. I remember being distinctly underwhelmed by its pallid, fairly featureless appearance but I'm pleased how my field sketches captured some nice subtle features such as a pencil-thin necklace across the breast and some fine chin speckling. It was aged as a first summer but I seem to recall I was expecting a nice summer-plumaged adult, hence a slight tinge of disappointment. I don't have much other detail in my logbook, probably because I had to dash back in time for school, but I can see the bird now, crouching nervously from time to time and exhibiting an impressively hefty bill.
I've only seen greater sand plover once since - a group of seven on Paphos headland, Cyprus in 1998. I really feel I should make the effort to go and see the next one that arrives in the South West. If it's going to turn up anywhere the Warren has to be the best bet.
A couple days earlier I had found my first ever BBRC rarity - a little egret on the river Teign. It was twitched by a few people back then but a couple of years later of course it was turning up in numbers along the south coast. It wasn't long before the BBRC stopped assessing the species altogether and the rest is history! 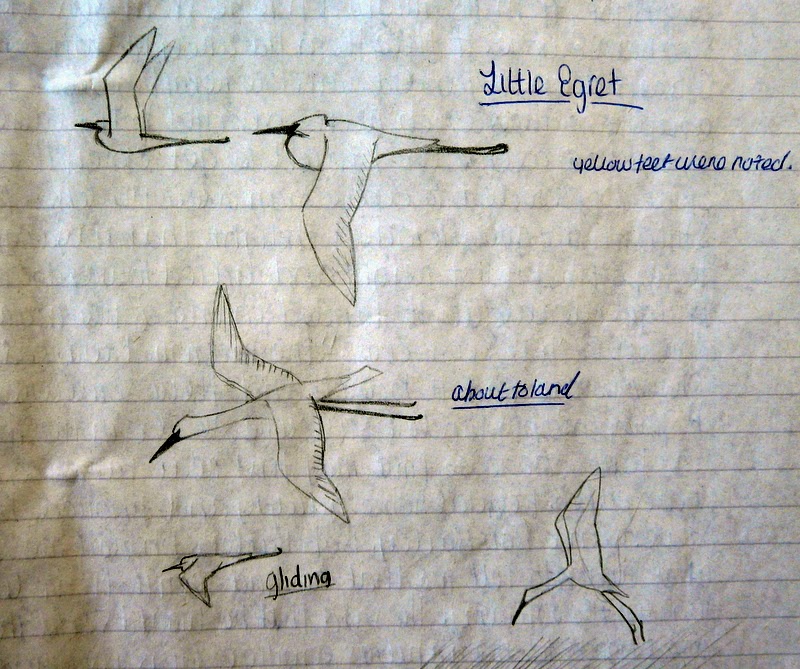