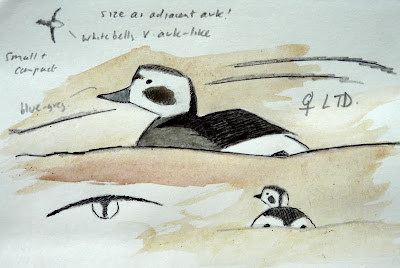 I did a sea-watch with Nick Pratt this morning (0810 - 0930). We watched from the raised beach huts and recorded the 2 female eider, 7  red-throated diver, 4+ diver sp, 3 auk sp, 1 razorbill, 2 kittiwake, c5/10+ gannet, c5/10+ common gull, 1 fulmar, 1+ great northern diver and best of all, 2 long-tailed duck. The first was zooming around distantly with a guillemot or razorbill and it looked very auk-like at times (see above sketch). Almost as soon as we'd watched it pitch down way off Orcombe Point Nick picked up the second bird close inshore. I managed a quick sketch before it took off, heading back towards the Warren. From behind in flight it's pretty indistinguishable from a guillemot or razorbill! The majority of birds we get on the Exe are immature or female-types like the above bird. Below is a painting I did of an adult male breeding-plumaged bird that was an unseasonal shock find on Bowling Green marsh back on August 23rd 2008. 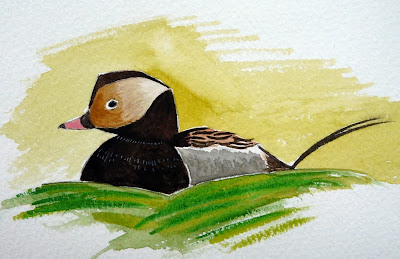 On Warren View football pitch, behind the house, this morning 2 adult mediterranean gull and below is a selection of images of a preening pied wagtail taken at Exmouth Docks late yesterday afternoon. 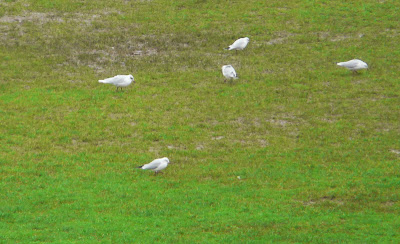 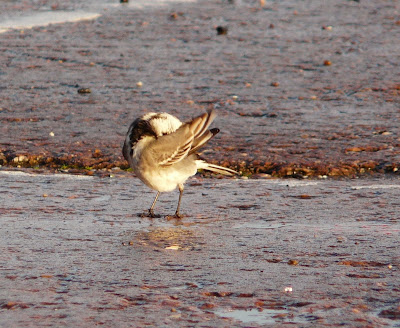 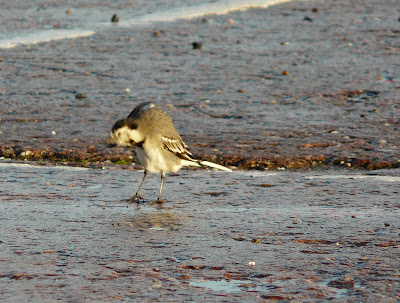 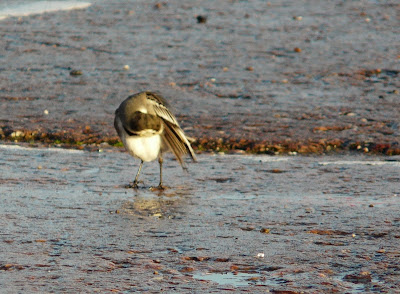 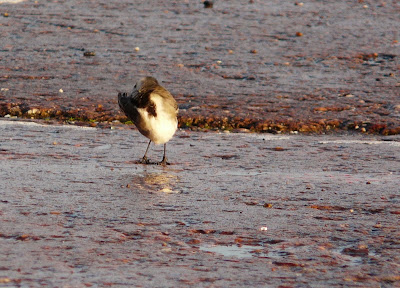 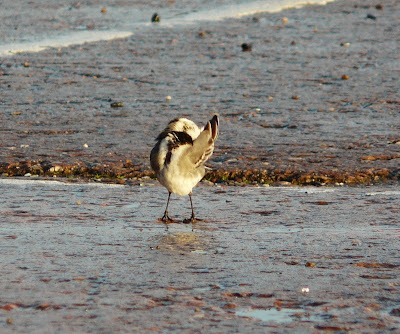 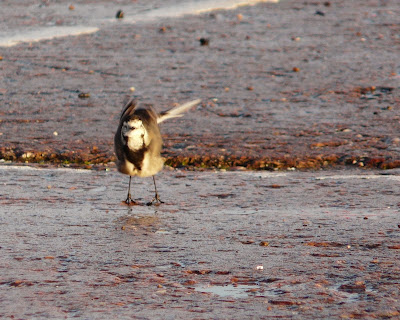 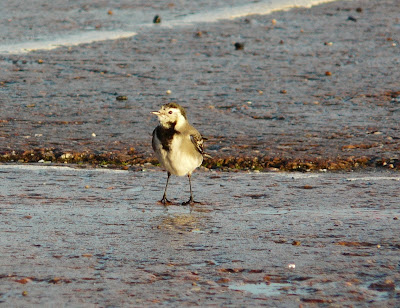 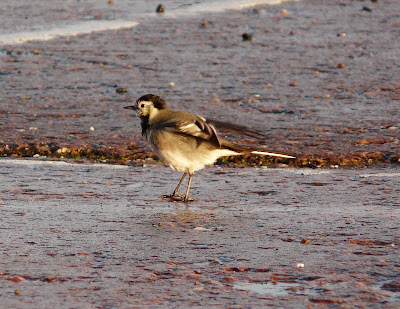 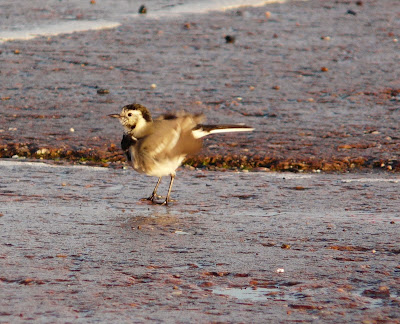 I love the changes in body shape and the energetic contortions the bird makes to maintain its plumage. Brilliant birds!
Posted by matt knott at 06:02