The 'frustrating white-winger' again this evening only I'm now happy it's a glaucous gull. It was over on the mudflats in front of the Warren tonight and ticked all the boxes for me although I'm acutely aware of the pitfalls out there. A couple years ago there was a leucistic/albino great black-backed gull around but tonight's bird had the feel of a glauc - a swaggering rolling gait, seemingly an effort to lift its rear end off the ground. Large-headed and pondorous. Side-on it dwarfed herring gulls and despite its white appearance it clearly has the pale pink black-tipped bill of a first or second winter. You'd have to go with second winter on the whiteness but the first-winter Teign bird could appear very white at a distance so I wouldn't rule a juv out. Lee Collins got some record shots from the Warren so I'll probably update this post later if Lee doesn't mind. Also this evening the 2 female eider off the Lifeboat Station and 1 prob GND.
Edit - huge thanks to top birder and good friend Lee Collins for the record shot below - taken at range from the saltmarsh. 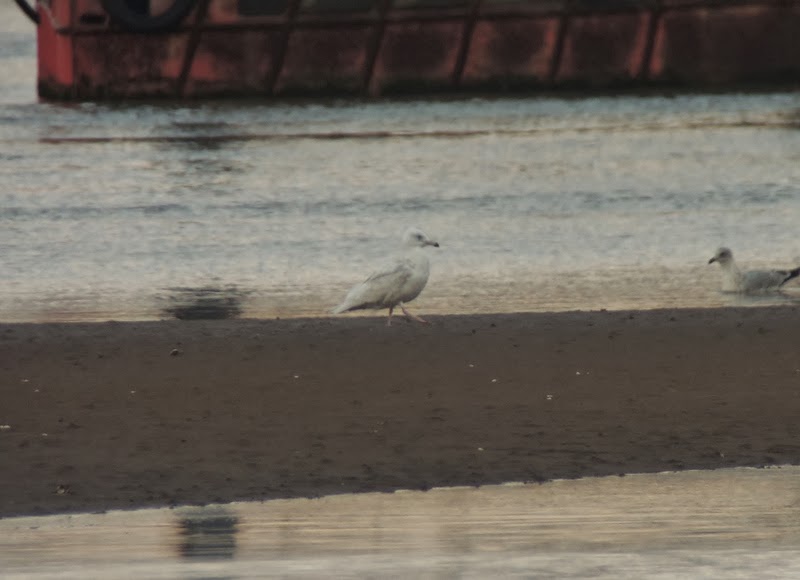 pale juv for me!