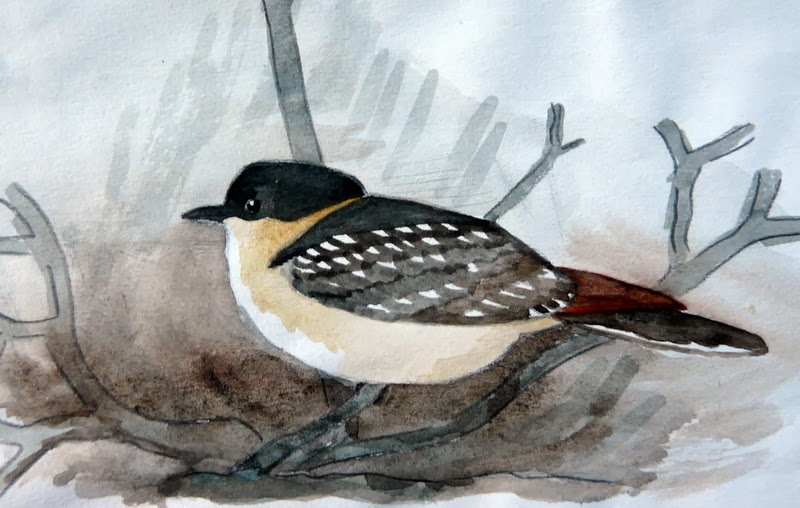 March 23rd 1990 - the serendipitous absence of my physics teacher and a phone call to Birdline lead to me catching the 1536 train from Newton Abbot to Dawlish Warren for a great spotted cuckoo. I ran the length of the Warren (I ran for every bird back then) and soon caught up with two Liskeard birders heading out towards Warren Point. My initial views of the bird were brief as it flew low, obscured by marram and I was struck by the startling flashes of bright rufous-orange in the wings. Soon we were watching the bird settled at the base of a small bare tree where I was able to make some sketches (see above). After a while it drew the attention of a carrion crow and it flew further towards the tip of Warren Point. It was soon relocated but my logbook entry recalls that I felt it was being unnecessarily pushed by some birders so I left, bumping in to the warden who told me the bird was now in residence for its fourth day. It had been originally found by Dave Price and Keith Grant. It looks like I wasn't a part of an effective grapevine back then! 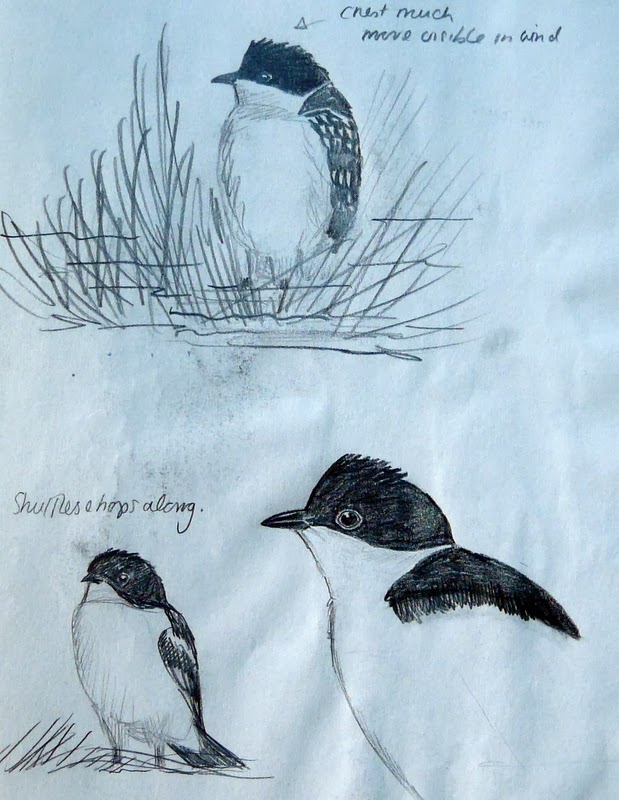 I went back to the Warren to see the bird again with my Dad the following day but a few days later the bird was sadly found dead. I've seen many great spotted cuckoos abroad since that magical first but it remains a very rare bird both nationally and in Devon. This was the second for Devon, the first having been seen just a month before on Lundy on the early date of February 23rd. Remarkably Devon's third and last record was also from the Warren on the even earlier date of Febraury 22nd 1998 (The Birds of Devon - M Tyler).
March 1990 saw an amazing arrival of spring overshoots in the South West that included a number of woodchat shrikes, night herons, a squacco heron and a sardinian warbler. I was lucky enough to catch up with a couple of woodchats. The bird immediately below was sketched at Hope's Nose on March 28th and the one below that at Jennycliff, Plymouth on March 19th. 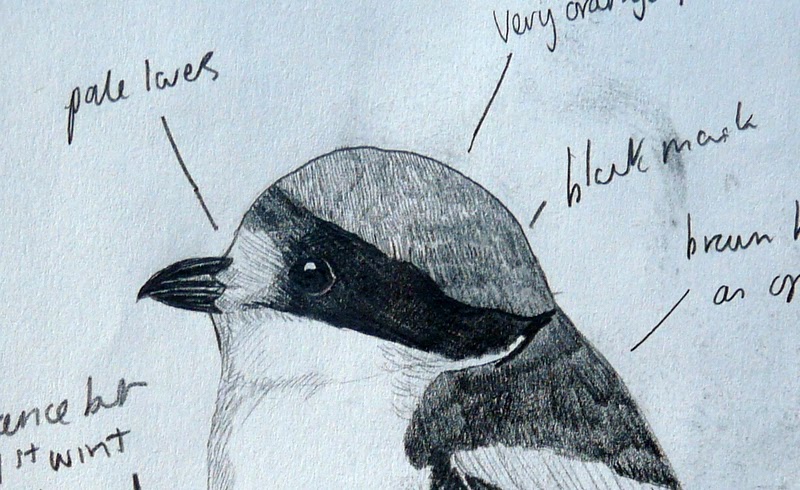 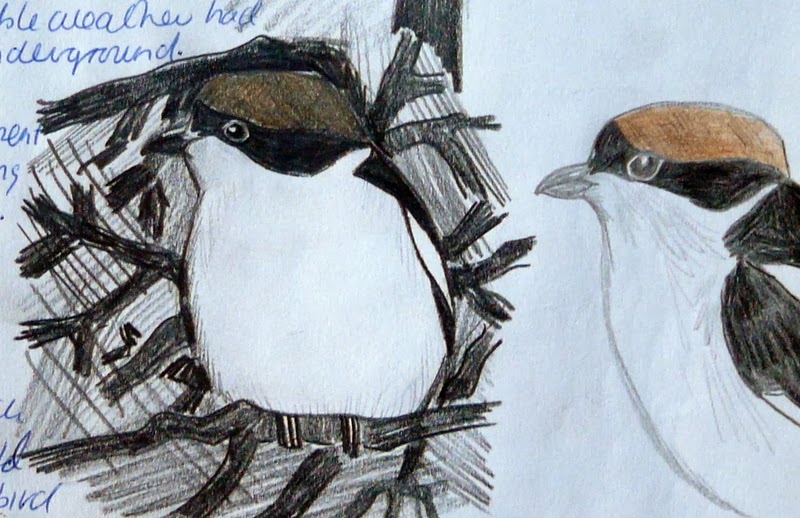 Are there any long-term Devon listers that missed the cuckoo? I doubt it. Those that didn't see it alive may have seen in stuffed in the DW visitor's centre!
Posted by matt knott at 09:41