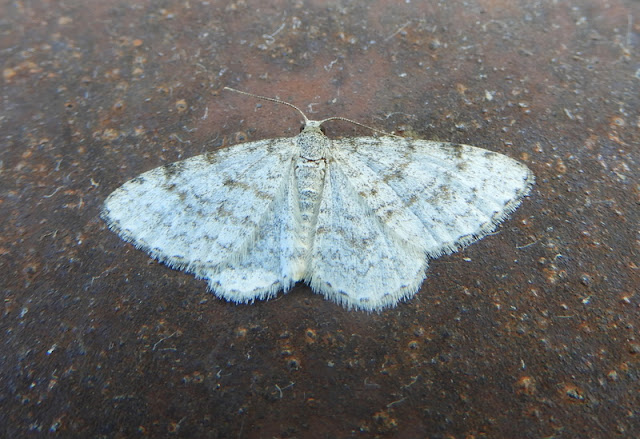 Waved Carpet - my first here in Exmouth and a scarce species, more or less restricted to the south-west and extreme south-east. I was chuffed to see one that Martin trapped in June 2017 but never expected to get one here, in the garden.
Some nice moths in the trap last night, following an intense overnight electric storm. Rusty Dot Pearl was the only immigrant species but Small China Mark, Water Veneer, Pebble Hook-tip, Coronet, Ruby Tiger, Yellow-tail, True Lover's Knot, Royal Mantle, Kent Black Arches, Jersey Tiger and Waved Carpet were all vying for attention.
Whilst going through the trap I could hear at least one Ring-necked Parakeet. It sounded like it was coming from the line of poplars alongside Lower Halsdon Farm. Otherwise just 30 Whimbrel off Mudbank noted today. Incidentally, a work colleague of mine reported Ring-necked Parakeets at Withycombe Rugby Club a couple of weeks ago. Looks like they're really becoming established as part of Exmouth's avifauna! 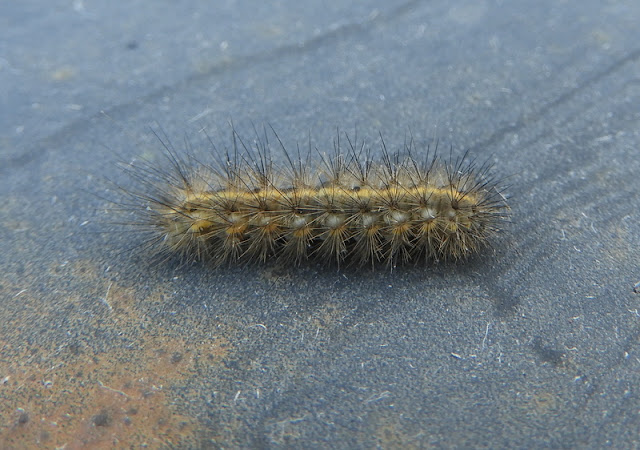 Caterpillar sp - found crawling on the outside of the trap. 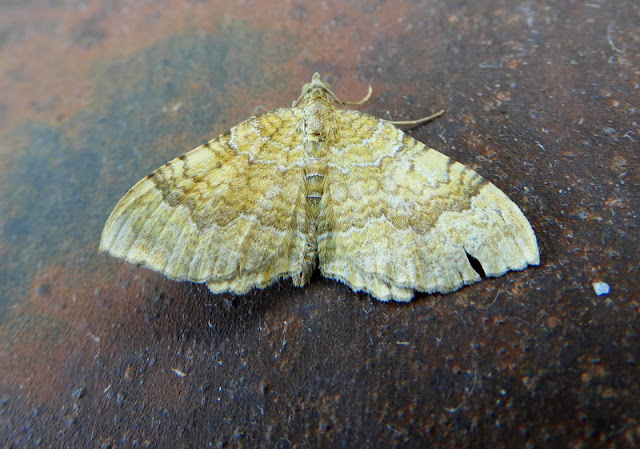 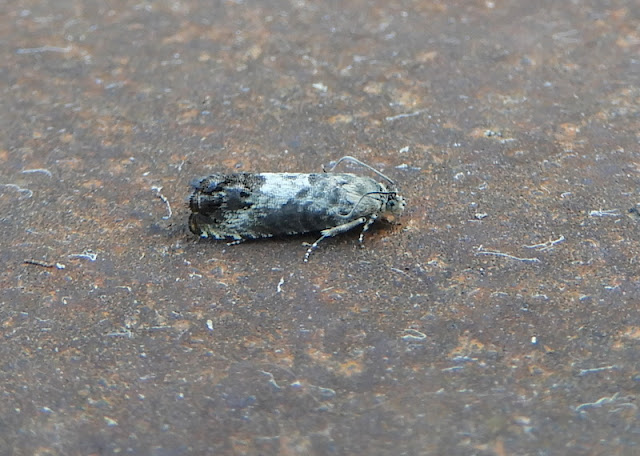 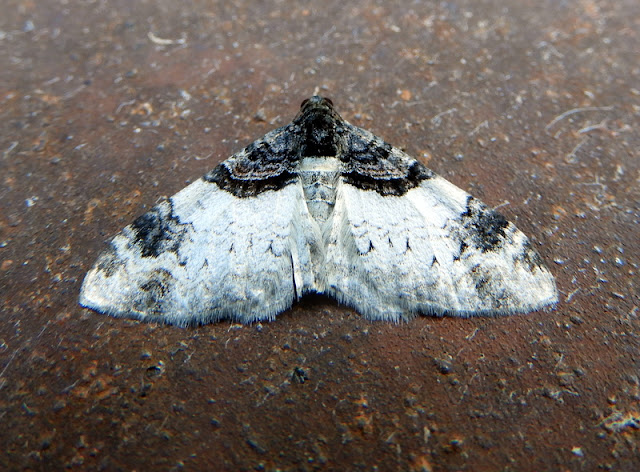 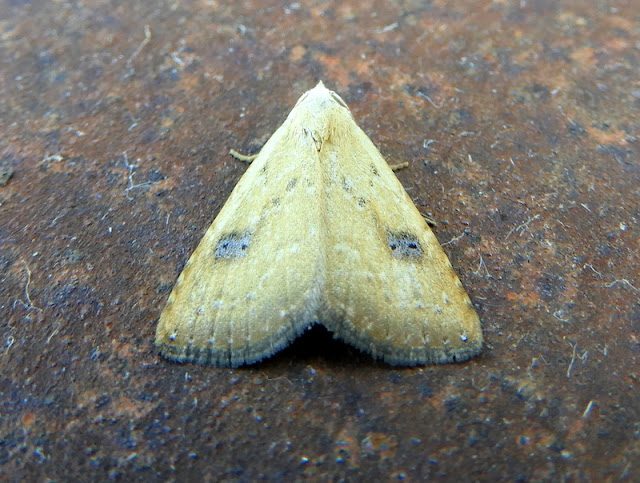 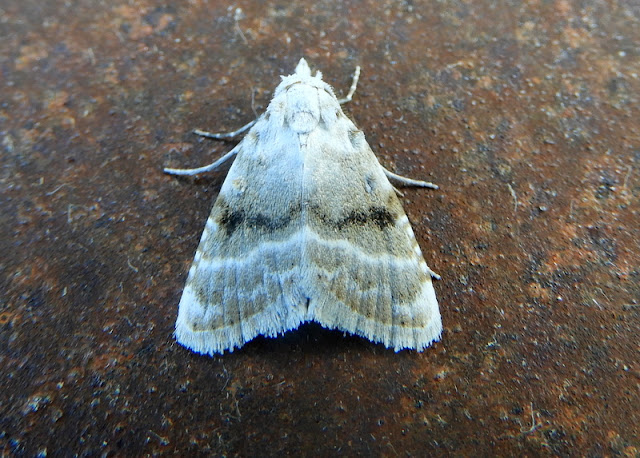