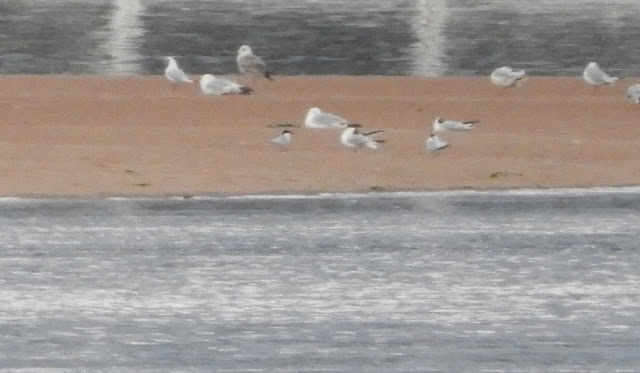 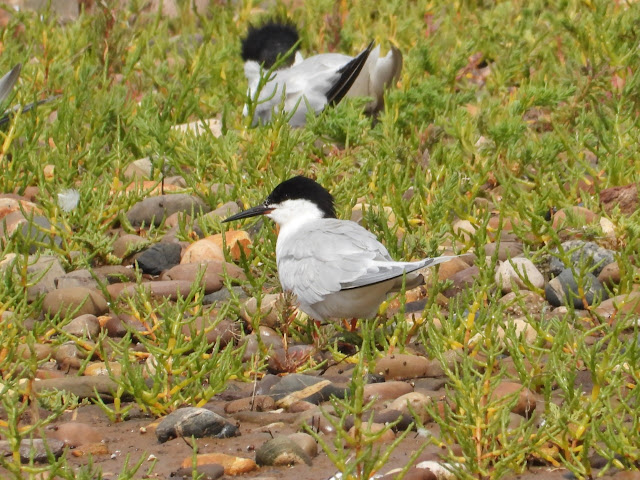 Thank you for this beautiful image Mr Collins! Lee managed to get a ring read on this bird but anticipates a lengthy wait before getting any details. This is the first Roseate Tern I've had in Exmouth for nearly two years. I used to take it for granted that I'd get them every spring and summer off the seafront, but their status locally has done a sharp U-turn and they're now very scarce, despite numbers on the main UK breeding sites apparently on the up.
The clear highlight this morning was a ringed adult Roseate Tern (though I didn't realise it was ringed until Lee picked it up at the Warren) roosting with other terns on Bull Hill. Unfortunately it was always very distant for me but I enjoyed watching it all the same. It was in the company of 110+ Sandwich Tern, 10+ Common Tern and large numbers of Black-headed Gulls. Also in the estuary this morning - 1 Common Gull, 6+ Mediterranean Gull, 15+ Whimbrel, 20 Canada Geese and 4 Mallard.
Nearby off the seafront - 4 Common Scoter. 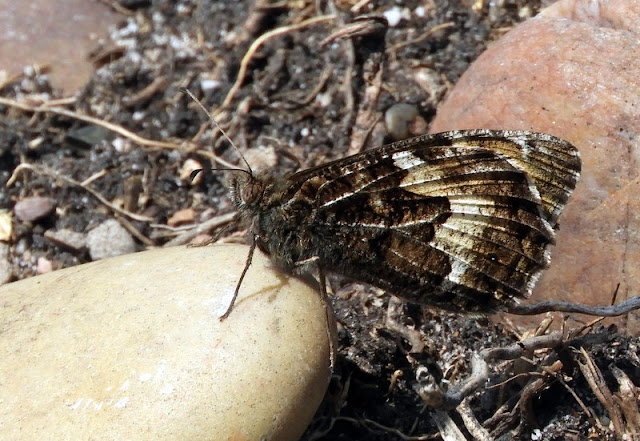 Grayling - Colaton Raleigh Common. Good numbers of these seen this afternoon along with numbers of Small Heath and Keeled Skimmer. 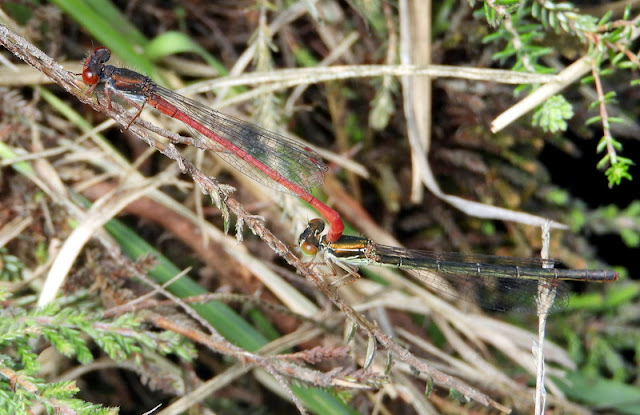 Pair of Small Red Damselfly - I've been after a photo of a female for a while. 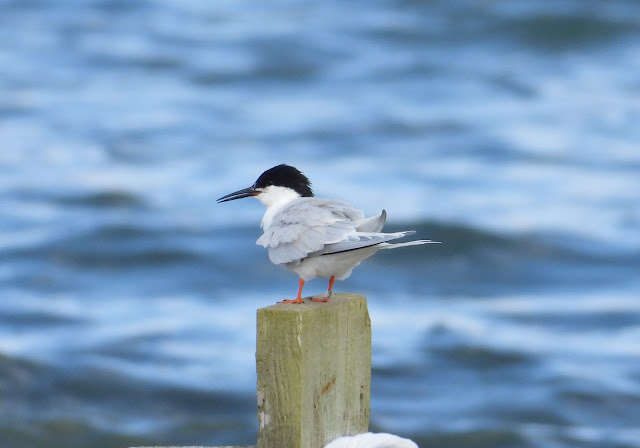 Finally - another shot of the Roseate Tern taken at Dawlish Warren, from Lee. I think this shot is stunning. Thanks again Lee. Look forward to finding out where it's from and how old it is.
Posted by matt knott at 08:24