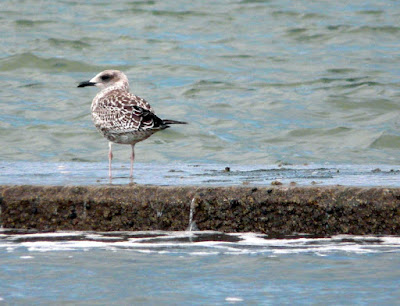 Juvenile Yellow-legged Gull - the same bird that I photographed yesterday - again on the beach this morning and showing well.

The juvenile yellow-legged gulls are still moving through. I had two or possibly three today - yesterday's bird still showing well early morning on the beach with 5 mediterranean gulls,  a second, less subtle bird, on the cricket pitch and it or another off Mudbank. Also on or from Maer Rocks this morning - 2 whimbrel, 1 redshank, 1 curlew, 17+ common scoter and several sandwich tern. The possible third, a large and very dark individual (I sensed it was different to the cricket pitch bird but can't be certain), was off Mudbank along with 6 mediterranean gulls, 2 redshank and 5 dunlin. 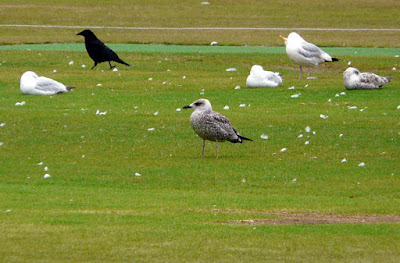 As I drove onto the cricket ground, I picked this bird up with the naked eye - an obviously large, dark and 'contrasty' gull - it immediately gave of yellow-legged vibes. 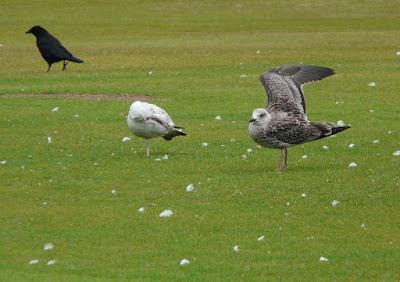 The paler inner webs to the inner primaries are concealed in this 'half' wing stretch, making the primaries look more like those of lesser black-backed gull. Compare with the fully stretched wing of yesterday's bird. 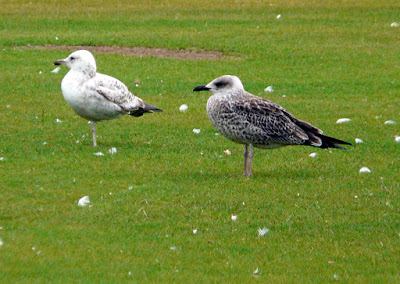 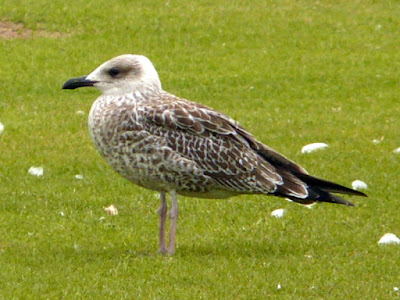 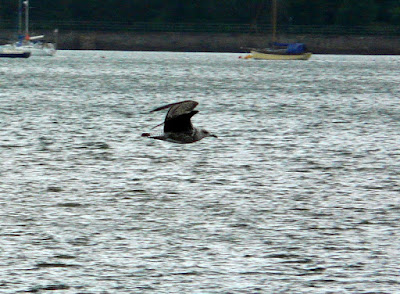 This is the Mudbank bird. I got the sense that it was larger and darker again than the cricket pitch bird but I saw it only briefly and in different, much poorer, light conditions.
Posted by matt knott at 05:16